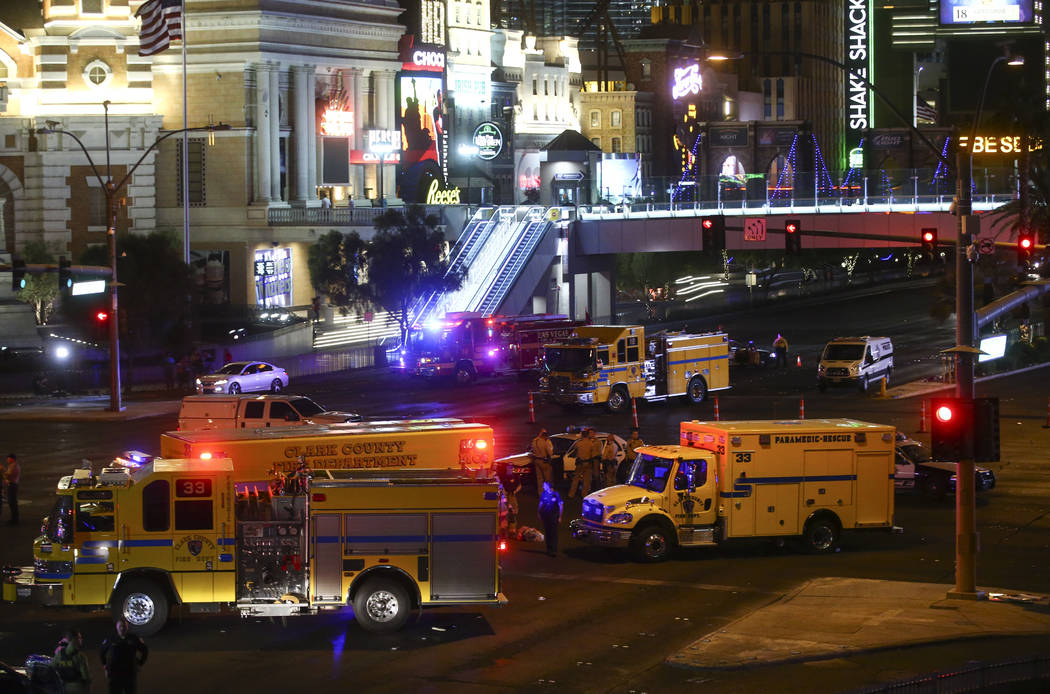 Las Vegas police and emergency vehicles on scene following an active shooter situation that left more than 50 dead and over 500 injured on the Las Vegas Strip during the early hours of Monday, Oct. 2, 2017. Chase Stevens Las Vegas Review-Journal @csstevensphoto

In what is becoming an all-too-familiar ritual, TV networks and Hollywood studios scrambled Monday to react to a mass shooting.

In addition to nonstop cable news channel coverage, some of the biggest names in TV news converged on Las Vegas on Monday for special reports. Red-carpet movie premieres were canceled in Hollywood. And Clark High School graduate Jimmy Kimmel made headlines of his own by delivering a scathing 10-minute monologue about gun violence.

“It feels like someone has opened a window into hell,” the emotional late-night host said on Monday’s “Jimmy Kimmel Live.”

Often on the verge of tears, Kimmel spoke lovingly of his hometown and its residents. He also excoriated senators who voted to oppose recent gun control measures yet offered their prayers to the victims. “They should be praying,” he said. “They should be praying for God to forgive them for letting the gun lobby run this country.”

Earlier on ABC, “Dancing with the Stars” opened Monday’s show with a moment of silence for the victims.

The CW postponed its broadcasts of the iHeartRadio Music Festival, scheduled for Wednesday and Thursday, because the fest’s village concerts took place on the same grounds as the Route 91 Harvest Festival.

Actress Charisma Carpenter, a Las Vegas native, wrote on Instagram, “My heart is heavy for my hometown,” along with information about blood donation centers, where families could reunite and where trauma counselors could volunteer. “My heart is in pieces,” Julianne Hough, who spent a year at the Las Vegas Academy, wrote on Instagram. And Ellen DeGeneres tweeted a link to the victim’s fund set up by Clark County Commissioner Steve Sisolak to her 74 million followers.

Tuesday’s red-carpet premiere of “Blade Runner 2049,” as well as Monday’s premiere of “Marshall,” which focuses on one of the first cases of future Supreme Court Justice Thurgood Marshall (Chadwick Boseman), were called off.

“We join the rest of the country in sending heartfelt thoughts and prayers to all those affected by this tragedy,” the producers of “Blade Runner 2049” said in a statement. “Marshall” distributor Open Road Films said, “Our thoughts are with the victims of the tragedy in Las Vegas, their families and all of those affected.”

Following tragedies such as this, it’s common for networks to dedicate at least an hour of their prime-time lineups for news coverage.

Most tragedies, though, don’t happen during just the second week of the fall TV season, when even a single pre-emption could cause irreparable ratings harm 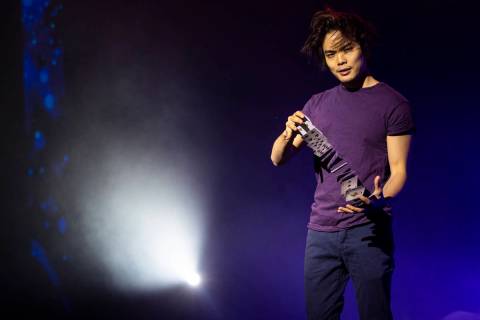 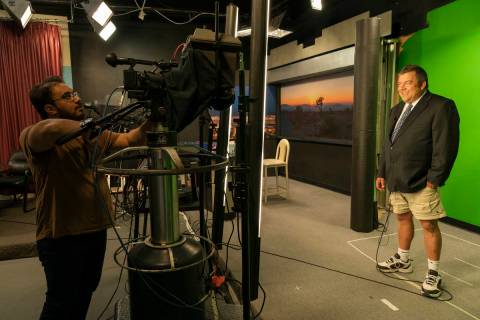