It started as a simple programming stunt back in the summer of 1988.

Over the years, Discovery Channel’s “Shark Week” has exploded in popularity, growing into one of the summer’s most-anticipated television events while spawning numerous imitators and tie-ins.

Sharks have become so ubiquitous this time of year, you’re likely to see them pretty much anywhere you look — with the obvious exception of that Stanley Cup bubble in Edmonton.

“Shark Week” kicks off Sunday and runs through Aug. 16. A similar event is underway on National Geographic and Nat Geo Wild, with a tongue-in-cheek approach featuring the “Sharknado” movies headed to Syfy at the end of the month. The Las Vegas Drive-In is even getting in on the action with shark-related double features.

Taking over Discovery Channel each day from 8 to 11 p.m., this year’s extravaganza includes timely looks at how COVID-19 has affected the shark ecosystem with “Abandoned Waters” (8 p.m. Monday).

Mike Tyson was the beneficiary of the event’s biggest promotional push. The longtime Las Vegan fought a shark, with ring announcer Michael Buffer calling the action, in “Tyson vs. Jaws: Rumble on the Reef” this past Sunday. .

Other celebrities in the mix for “Shark Week” include Will Smith (“Will Smith: Off the Deep End,” 9 p.m. Tuesday) and Snoop Dogg (“Sharkadelic Summer,” 9 p.m. Thursday).

The sprawling five-week event moves from National Geographic, where it’s been airing since July 19, to Nat Geo Wild on Sunday.

The programming lacks the sort of star power “Shark Week” boasts. Tyson is nowhere to be seen here, although several of the specials sound like prizefights. Take “Shark vs. Surfer” (9 p.m. Thursday), “Shark vs. Whale” (10 p.m. Aug. 18) and “Sharks vs. Dolphins: Blood Battle” (7 p.m. Sunday).

Then there’s the program, airing at 7 p.m. Wednesday, that explores why sharks seem to be attracted to volcanoes. Its name, “Sharkcano,” seems better-suited to a goofy Syfy movie.

‘One Last Bite of Summer’

Those Syfy movies, including the entire “Sharknado” franchise, will be highlighted during the channel’s weeklong event Aug. 22-28.

Airing in blocks of four to six movies, “One Last Bite of Summer” will truly showcase the depth and breadth of Syfy’s shark obsession.

With Hollywood’s movie output still on hold, the Las Vegas Drive-In, 4150 W. Carey Ave., is getting in on the shark frenzy with a selection of double features. Different combinations of the following movies will run each night, Aug. 7-16: “Jaws,” “Jaws 2,” “47 Meters Down,” “The Shallows,” “The Meg,” “Deep Blue Sea,” “Soul Surfer” and, for the kids, the animated “Shark Tale.” 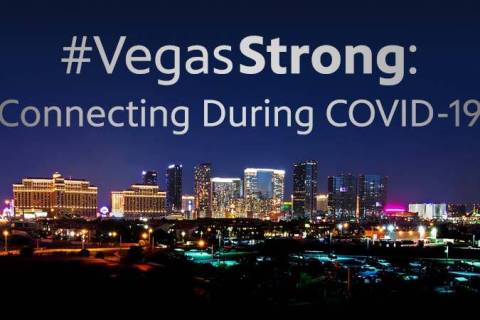 How to watch presidential debate between Trump, Biden
By Dennis Rudner / RJ