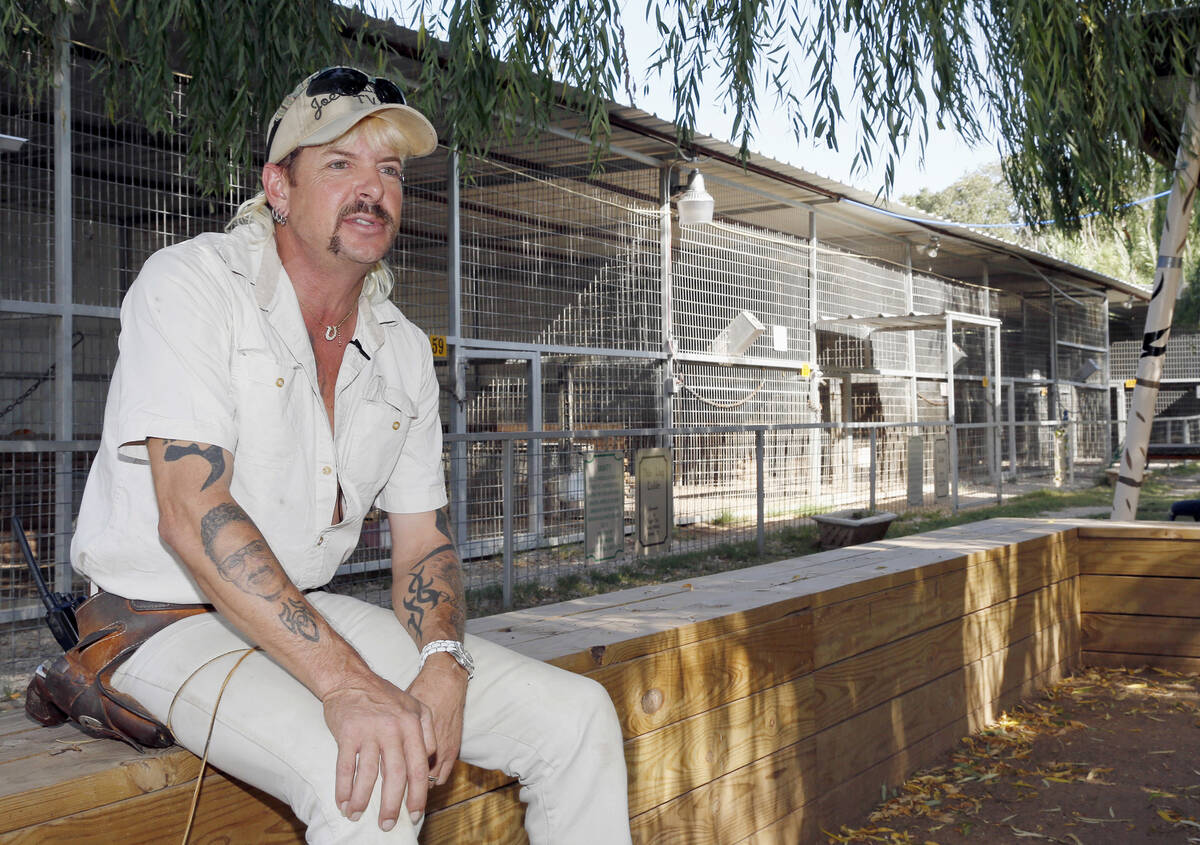 FILE - In this Aug. 28, 2013, file photo, Joseph Maldonado answers a question during an interview at the zoo he runs in Wynnewood, Okla. Maldonado known also as “Tiger King” Joe Exotic is headed to a federal courtroom Friday, Jan. 28, 2022, for a resentencing hearing. He's now in federal prison after a jury convicted him in a murder-for-hire plot involving his chief rival, Carole Baskin. (AP Photo/Sue Ogrocki, File)

OKLAHOMA CITY — A federal judge resentenced “Tiger King” Joe Exotic to 21 years in prison on Friday, reducing his punishment by just a year despite pleas from the former zookeeper for leniency as he begins treatment for cancer.

“Please don’t make me die in prison waiting for a chance to be free,” he told a federal judge who resentenced him on a murder-for-hire charge.

Joe Exotic — whose real name is Joseph Maldonado-Passage — was convicted in a case involving animal welfare activist Carole Baskin. Both were featured in Netflix’s “Tiger King: Murder, Mayhem and Madness.”

Wearing an orange prison jumpsuit, Maldonado-Passage still had his trademark mullet hairstyle, but the bleach-blonde was fading to gray.

Baskin and her husband also attended the proceedings, and she said she was fearful that Maldonado-Passage could threaten her.

“He continues to harbor intense feelings of ill will toward me,” she said.

Friday’s court proceedings came about after a federal appeals court ruled last year that the prison term he’s serving on a murder-for-hire conviction should be shortened.

Supporters packed the courtroom, some wearing animal-print masks and shirts that read “Free Joe Exotic.” His attorneys said they would appeal both the resentencing and petition for a new trial.

The former zookeeper was sentenced in January 2020 to 22 years in prison after he was convicted of trying to hire two different men to kill Baskin. A three-judge panel of the 10th U.S. Circuit Court of Appeals agreed with Maldonado-Passage that the court should have treated them as one conviction at sentencing because they both involved the same goal of killing Baskin, who runs a rescue sanctuary for big cats in Florida and had criticized Maldonado-Passage’s treatment of animals.

Prosecutors said Maldonado-Passage offered $10,000 to an undercover FBI agent to kill Baskin during a recorded December 2017 meeting. In the recording, he told the agent, “Just like follow her into a mall parking lot and just cap her and drive off.” Maldonado-Passage’s attorneys have said their client — who once operated a zoo in Wynnewood, Oklahoma, about 65 miles south of Oklahoma City — wasn’t being serious.