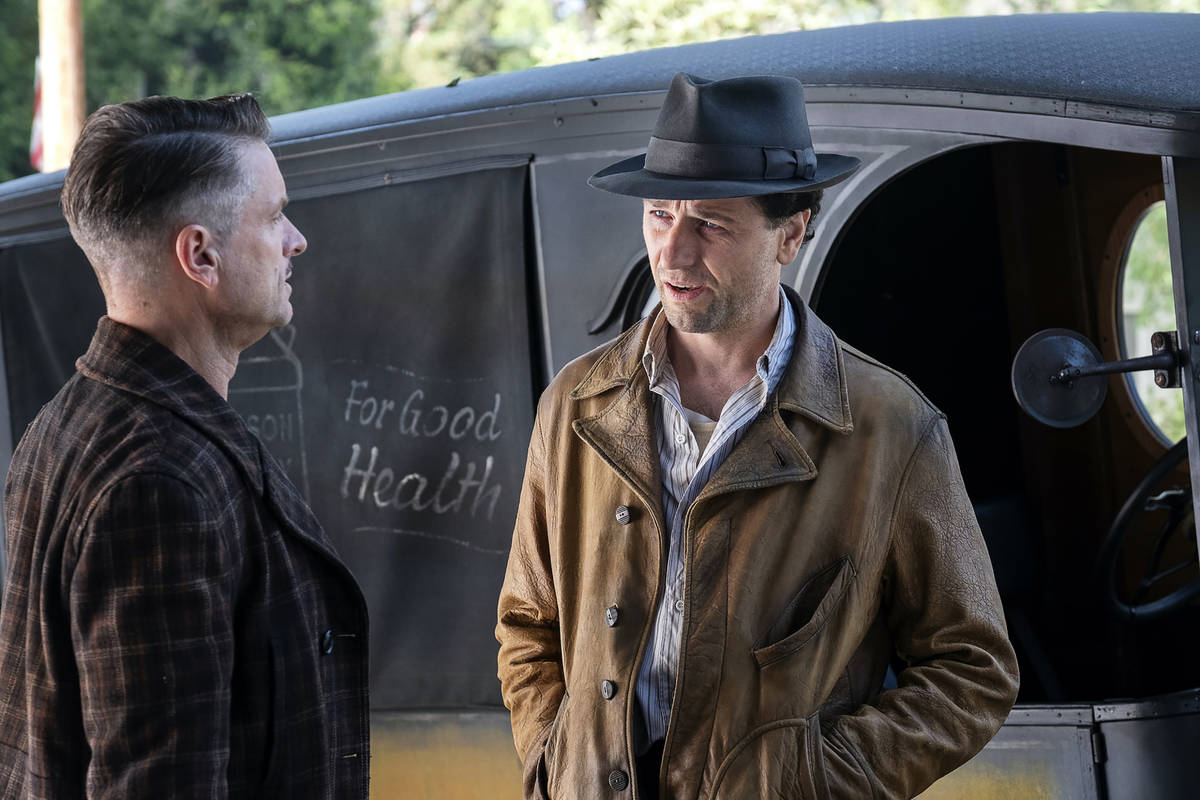 “United We Sing: A Grammy Tribute to the Unsung Heroes”

Matthew Rhys (“The Americans”) stars as the title character in this origin story behind how the famous fictional attorney came to be the courtroom crusader for justice readers and viewers know through Erle Stanley Gardner’s novels and Raymond Burr’s classic TV portrayal. The series is set in early 1930s L.A., when Mason is a somewhat sketchy private investigator until a shocking case starts him on a path toward redemption. This case also offers backstories for memorable Mason characters Della Street (Juliet Rylance) and Paul Drake (Chris Chalk). John Lithgow and Tatiana Maslany co-star.

The new season of the automotive reality series is filled with more mega builds, epic stunts and pranks than ever as Heavy D, Diesel Dave and the Muscle continue to blur the line between work and play. When Todd LeDuc challenges the Diesel Brothers to a desert race and picks Muscle to be on his team, Heavy D and Diesel Dave need to get their unfinished F100 in race-ready condition. Among the other action this season, Heavy D and Diesel Dave travel to Monster Jam in Florida to unveil Diesel Dave’s “Monster Truck Bro Camino.”

Follow four ultra-talented young people from all over the world as they play to win the Canadian International Organ Competition, which is open to virtuosos under age 35. Who will master the “king of instruments” and come out victorious?

Toni Morrison, along with her peers and critics, explores the powerful themes she has confronted throughout her literary career in this examination of the life and work of the legendary storyteller.

“Star of the Month: Ann Sheridan”

Enjoy the funny side of famed actress Ann Sheridan in Tuesday’s lineup of films, which begins with Sheridan starring alongside Cary Grant in 1949’s “I Was a Male War Bride.” Also on the schedule are comedy classics such as “The Man Who Came to Dinner” (1942), “George Washington Slept Here” (1942), “The Doughgirls” (1944) and more.

In the fifth and final season, the Greenleafs attempt to maintain a united front in the face of losing their church to Bob Whitmore and Harmony & Hope Ministries, but secrets past and present create what could be fatal fractures in the family’s fragile foundation. The bishop continues working to mend his rift with Lady Mae (Lynn Whitfield) while, day by day, Harmony & Hope’s grip on Calvary tightens.

In 2016, the Indianapolis Star broke the story that Larry Nassar had been systematically abusing the USA Gymnastics team’s young female athletes. This documentary follows the reporting team as it uncovers more evidence of abuse and cover-ups.

Organization expert and coach Cassandra Aarssen helps families tackle the chaos and challenges of home organization. In each episode, Cassandra will take a video tour of the client’s home, where she finds overflowing playrooms, stuffed kitchens and inundated basements. After the home tours, she will help them identify an organization style that works best for their unique situation and give them the necessary resources and tools for a stress-free, decluttered life.

“History of the Swimsuit: Part 3”

TCM’s film salute to beach season concludes Wednesday with classic movies featuring men and women in swimsuits. Among the highlights, you can enjoy several Annette Funicello and Frankie Avalon “beach” films such as “Beach Party” (1963), “Muscle Beach Party” (1964) and “Beach Blanket Bingo” (1965), as well as other famous pairings, such as Brooke Shields and Christopher Atkins in “The Blue Lagoon” (1980).

The freshman sitcom starring Pauley Perrette won’t get a sophomore season on CBS, so the Season 1 finale episode “Sammy’s Party” is also the series finale. When Sammy’s (Antonio Corbo) birthday party location suddenly falls through, the family rushes to set up the celebration in the backyard. Also, Javier (Jaime Camil) and Elizabeth (Natasha Leggero) decide to look for their own apartment.

As they enter the second week of the competition, the participants focus on securing a food source that can last them 100 days. Many focus on fishing, which makes one participant the recurring target of a relentless predator. Another puts himself in a dangerous position to keep his food safe — with disastrous consequences. Signs of nearby big game pique the interest of a number of survivalists, and one comes face to face with a game-changing opportunity.

This one-hour special will celebrate the courageous women on the front lines of the pandemic — including doctors, nurses, teachers and researchers, among others — who are putting themselves at risk to make a difference and working toward finding a solution in this crisis. The special will take a look at ways women are confronting domestic violence, changes to the way we educate our children, mental health, homelessness and other areas that affect our daily lives.

The classic 1960s TV series was given a fantastic, big-screen update in this 1993 thriller starring Harrison Ford as Dr. Richard Kimble, who finds himself on the run when he is mistakenly suspected of murdering his wife. In hot pursuit of Kimble is Deputy U.S. Marshal Samuel Gerard, memorably portrayed by best supporting actor Oscar winner Tommy Lee Jones in a performance popular enough to give the character his own spinoff film, “U.S. Marshals,” a few years later.

The best in daytime television are honored in this two-hour awards special, with recipients and other special guests appearing remotely because of the COVID-19 pandemic. “General Hospital” leads all nominees with 23 total, followed by “Days of Our Lives” (22), “The Young and the Restless” (21) and “The Bold and the Beautiful” (13).

Beloved actress and singer Judy Garland (Renée Zellweger) arrives in London to perform at the Talk of the Town nightclub in 1968. While there, she reminisces with friends and fans and begins a whirlwind romance with musician Mickey Deans, her soon-to-be fifth husband. Zellweger won best actress trophies at the Oscars, Golden Globes, the SAG Awards and the U.K.’s BAFTA Awards for her role.

Traumatized by the sinister events from his childhood, Dan Torrance (Ewan McGregor) meets a teen (Kyliegh Curran) who shares his extrasensory gift of the “shine.” They must soon join forces to battle a cult whose members try to feed off the shine of innocents to become immortal.

Enjoy two notable 1960s films about legendary musical artists. First, the Beatles try to avoid screaming fans and the paparazzi in director Richard Lester’s frenetically fun musical 1964 comedy about 36 hours in the lives of the Fab Four, “A Hard Day’s Night,” which is fictional, but perhaps not entirely so given it was made during the height of Beatlemania. After that is “Don’t Look Back,” the 1967 documentary chronicling Bob Dylan’s 1965 concert tour in England. 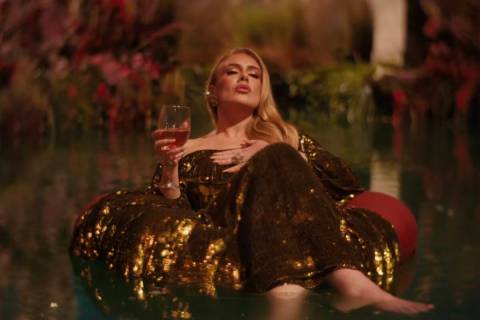 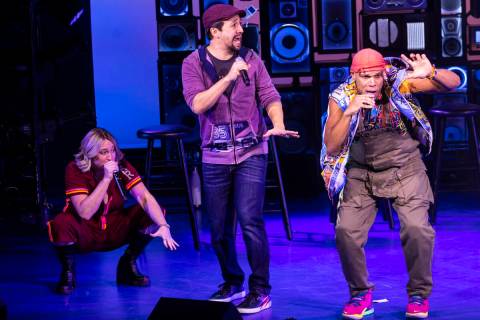