A new rivalry is promised for the series’ fourth season. Axe’s (Damian Lewis) newest archenemy is his former protege Taylor (Asia Kate Dillon), who left him to form a new hedge fund. Maybe Chuck (Paul Giamatti) and Axe will work together this season?

Turner Classic Movies celebrates the career of legendary director and choreographer Stanley Donen, who passed away Feb. 21 at age 94, with a five-film tribute. The evening begins with the hourlong special “Private Screenings: Stanley Donen,” a 2006 interview between the filmmaker and host Robert Osborne. This is followed by back-to-back airings of classic Donen films: “Singin’ in the Rain” (1952), “On the Town” (1949), “Seven Brides for Seven Brothers” (1954), “Royal Wedding” (1951) and “It’s Always Fair Weather” (1955).

“The Inventor: Out for Blood in Silicon Valley”

This latest documentary from filmmaker Alex Gibney — whose award-winning prior films include Going Clear: Scientology and the Prison of Belief, Enron: The Smartest Guys in the Room and Taxi to the Dark Side — traces the rise and fall of Elizabeth Holmes and her formerly hot medical technology startup Theranos.

Rob Lowe hosts this thrilling new competition series that pushes every aspect of human intelligence and mental agility. Each episode finds people from all walks of life battling to quickly and accurately answer questions that challenge their knowledge, memory and puzzle-solving and sequencing abilities while they are physically transported around the set in a specially designed, rotating capsule.

This eight-episode series stars home renovator and interior designer Grace Mitchell as she creates eclectic, imaginative spaces in Fort Worth, Texas. Throughout the series, Grace amazes homeowners with out-of-the-box ideas such as wall art made from a rusted antique car, a fiber-optic night sky on a dining room ceiling and custom 3D wallpaper.

Legend has it that in the final days of World War II, Japanese soldiers led by Gen. Yamashita, along with Allied POWs, constructed secret tunnels and hid treasure worth hundreds of billions of dollars in them. Now a group of dedicated investigators and engineers is using the latest technology to search for the treasure, and the truth.

Hulu gets in on the true-crime trend with this anthology about seemingly ordinary types — who aren’t at all what they appear. Patricia Arquette plays Dee Dee Blanchard, a Missouri single mom who lied that her totally healthy daughter Gypsy (Joey King) had brain damage, cancer, asthma — you name it — and scored charity from it.

This Pretty Little Liars spinoff follows Alison DiLaurentis and Mona Vanderwaal (played by Sasha Pieterse and Janel Parrish), who find themselves living in a small, Portland-area town where Alison is teaching at a prestigious college. Series executive producer I. Marlene King is excited to share new chapters for the complicated characters, especially Ali. “What we’re really having fun with in PLL: The Perfectionists is watching the transformation and really shining a light on Alison’s transformation from mean girl to mentor.”

Grammy winner Michael Buble is back with his seventh music special for NBC, billed as the singer’s most personal to date. The program takes audiences on a musical journey through his career and features six songs from his new album, “Love,” including “When You’re Smiling” and “Such a Night.” Accompanied by a 36-piece orchestra, Buble will also perform classic songs that inspired his early career, such as “Fly Me to the Moon,” and a selection of romantic standards, including a duet with Cecile McLorin Salvant on “La Vie en Rose.”

With the First Four games finished, the NCAA Men’s Basketball Tournament begins in earnest with first-round action from around the country Thursday and Friday on CBS, TBS, TNT and truTV.

Gordon (Ben McKenzie) and Bruce (David Mazouz) find themselves face to face with Eduardo, who is newly transformed into the powerful brute Bane.

Sam (Pamela Adlon) decides to speak up about working conditions on a film set in the new episode “Monsters in the Moonlight.”

The triple Oscar-nominated film (for best foreign language film, best director for Pawel Pawlikowski and best cinematography for Lukasz Zal) comes to the streaming service. This beautiful black-and-white love story is set against the background of the 1950s Cold War and follows a music director (Tomasz Kot) who falls for a Polish singer (Joanna Kulig) and tries to persuade her to flee her communist homeland for France.

Based on the best-selling autobiography from rock band Motley Crue, this film tells the story of four misfits who rose from the streets of Hollywood to the heights of international fame.

“Great Performances: ‘Birgit Nilsson: A League of Her Own’ ”

Celebrate the life of Swedish soprano Birgit Nilsson, the face of opera in the 1950s through ’70s. This performance documentary showcases her greatest roles, including in “Elektra” and the Ring cycle, plus features interviews with Placido Domingo and others.

The 32 teams still alive in the NCAA Men’s Basketball Tournament field compete in the second round on CBS, TBS and TNT.

“Love to the Rescue”

When two families both want to adopt the same precious pooch, they agree to co-foster the dog for a month to determine the best home. But when the dog parenting styles of free-spirited studio animator Kate Healy (Nikki DeLoach) and type-A go-getter Eric Dees (Michael Rady) clash, the two must work together to find a middle ground.

After being forced to give up her child for adoption, Laura is thrilled to welcome her now-adult daughter Bree back into her life. She quickly discovers that Bree is a sociopath with murderous tendencies who poses a clear and present danger to anyone who gets in her way. Jade Harlow, Rusty Joiner, Kennedy Tucker, Skyler Wright, Rene Ashton and Brian McGovern star in this original movie. 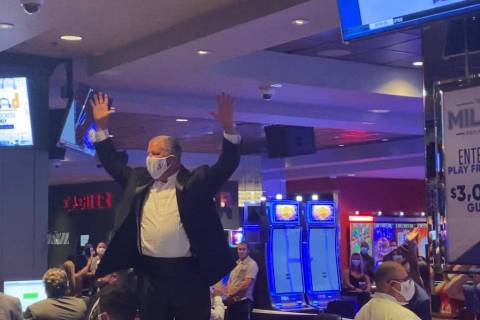 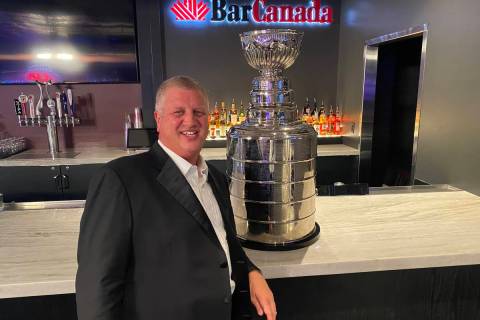 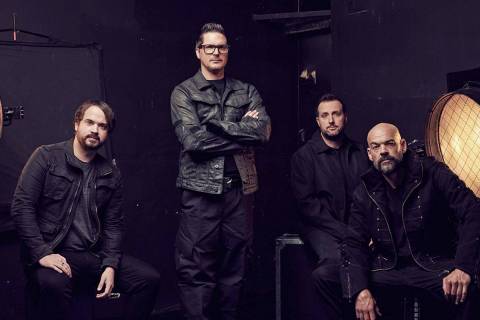 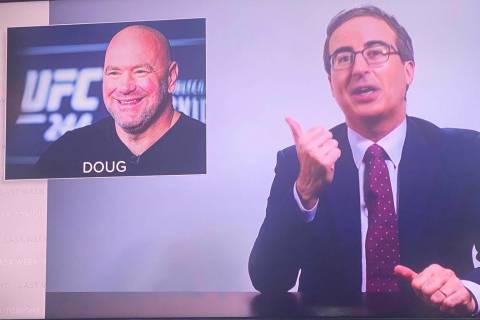 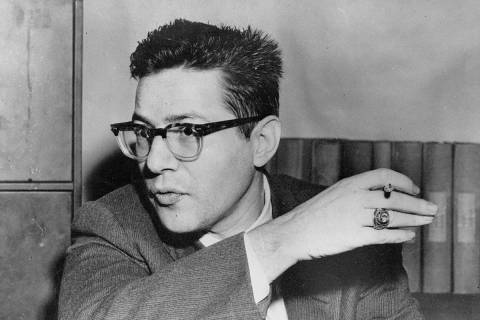 The undoing of “Twenty-One” was set off by declining ratings, and a producer’s refusal to uphold a dirty bargain. 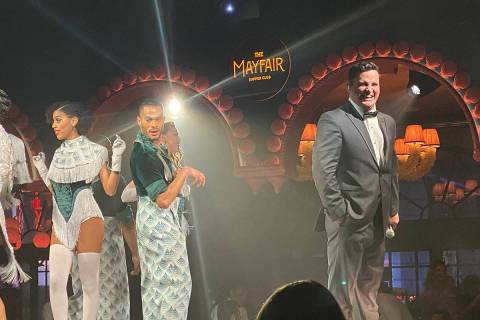 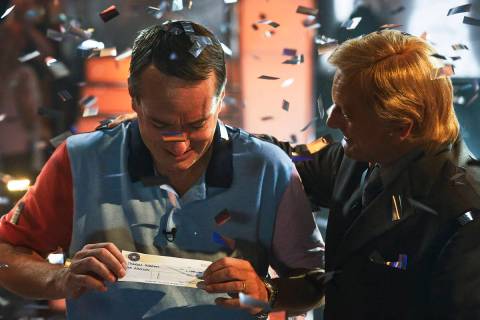 TV best bets for the week of May 31
NTVB Media

This week’s top choices include “Quiz,” a new miniseries based on a 2001 cheating scandal involving England’s “Who Wants to Be a Millionaire?” 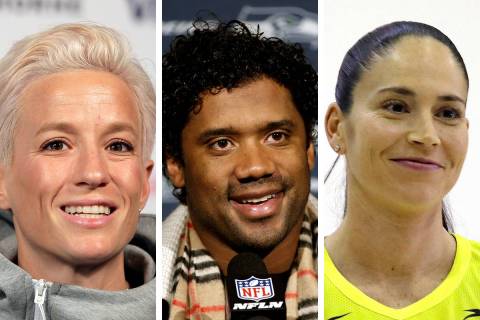 Instead of its usual July date during baseball’s All-Star break, the show has been rescheduled and re-imagined as a result of the coronavirus pandemic. 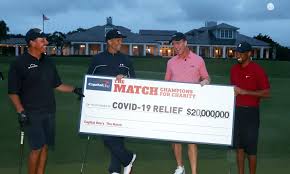 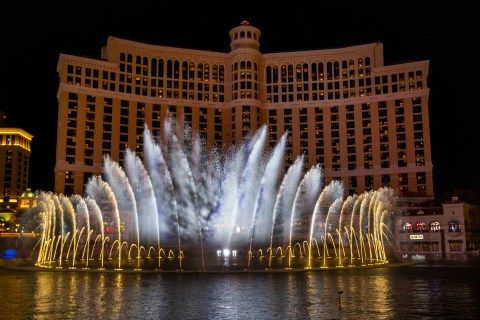 As a result of the COVID-19 shutdown, the Bellagio fountains turned off the faucet March 17.