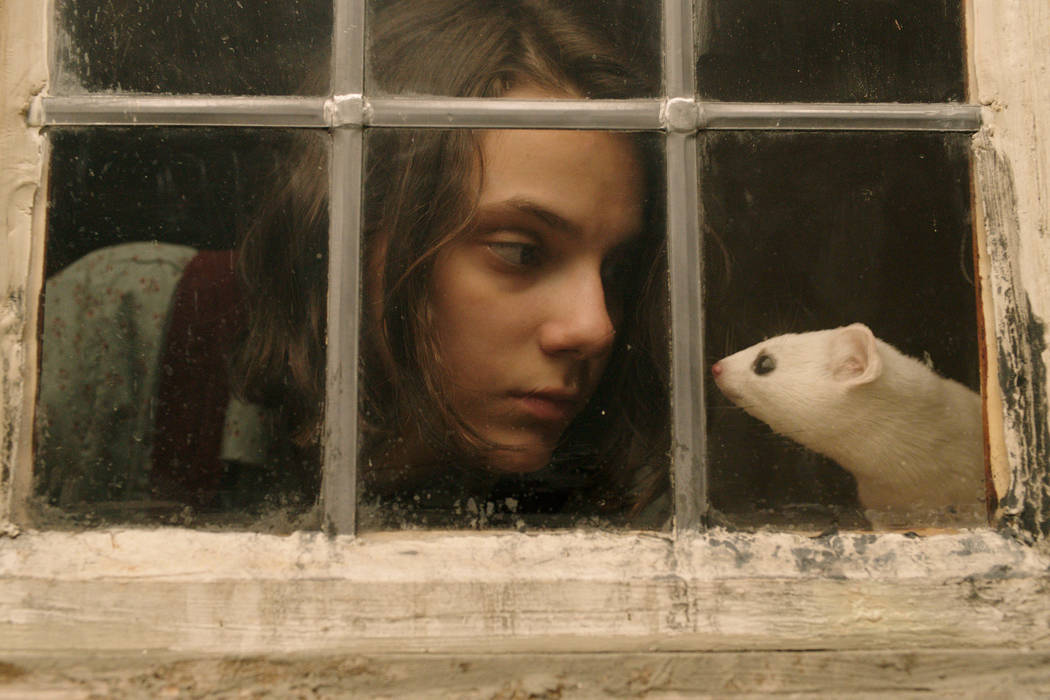 The Golden Globe-winning drama about the emotional effects of an extramarital affair on the families involved, starring Dominic West and Maura Tierney, comes to an end after five seasons.

“The Life of Earth”

Combining spectacular visuals, pioneering research and exciting expeditions, this two-hour miniseries digs deep into Earth’s past to reveal how the planet formed and was able to create and sustain life. In Part 1, “From Space,” see how satellites have given scientists clues to how Earth formed from a collapsed star and how primitive life emerged around 3.7 billion years ago. Part 2, “The Age of Humans,” explores the incredible rise and global impacts of our species, which emerged 300,000 years ago.

“Inside the Actors Studio”

Sunday’s episode features Ellen Burstyn interviewing Al Pacino; both are co-presidents of the Actors Studio, along with Alec Baldwin. Highlights from the episode include Pacino talking about how he almost lost his role in “The Godfather,” and how Francis Ford Coppola shifted a big scene in the movie.

The knockout rounds continue, with each artist paired against a teammate to perform individually, while their direct competitor watches and waits. Taylor Swift will serve as a Mega Mentor. The coaches will choose the winner from their team to move on to the live playoff shows. Each coach will have one steal in the knockout rounds, which conclude with Part 4 Tuesday night.

In the new episode “Q&A,” Bright’s (Tom Payne) quest for answers about his childhood leads him to a junkyard, where gunfire erupts and a grisly scene is discovered.

Adapted from Philip Pullman’s award-winning trilogy of the same name, this imaginative series is massive in scope, beautiful in story, rich with talent and filled with glorious eccentricities. The story follows Lyra (Dafne Keen), a seemingly ordinary but brave young woman from another world. Her search for a kidnapped friend uncovers a sinister plot involving stolen children and becomes a quest to understand a mysterious phenomenon called Dust. The series also stars Lin-Manuel Miranda, Ruth Wilson, James McAvoy and Clarke Peters.

“The Wonderful World of Disney Presents The Little Mermaid Live”

As a tribute to the classic animated film “The Little Mermaid” for its 30th anniversary, this live musical event — described as using a “never-before-seen hybrid format” with intricate sets and costumes — will interweave live musical performances of Alan Menken and Howard Ashman’s enduring songs into a broadcast of the original movie. The cast includes Auli’i Cravalho (“Moana”) as Ariel, rapper Shaggy voicing Sebastian the crab and Queen Latifah as sea witch Ursula.

In each episode, celebrities tell their terrifying tales of coming face to face with unexplained phenomena. Among the stars in the premiere episode, Howie Mandel tells of how a spirit in his home targeted his young daughter.

As part of the network’s monthlong celebration of the 100th anniversary of the American Society of Cinematographers, Michael McKean narrates this documentary that showcases some of the most pivotal personalities in filmmaking, including trailblazing cameraman Billy Blitzer, silent star Charlie Chaplin, Greta Garbo and her personal lensman William Daniels, and more.

“Back in the Game”

Former NFL star Michael Strahan is an executive producer of this series hosted by former baseball star Alex Rodriguez. In each episode, A-Rod offers guidance to fellow celebrities hoping to get back on the path of financial stability. In the series premiere, Rodriguez enlists the help of Marcus Lemonis (host of CNBC’s “The Profit”) to help former heavyweight champ Evander Holyfield take control of his financial future.

A church carnival leads Missy (Raegan Revord) to try out for the baseball team. Craig T. Nelson guest-stars as Coach Dale in the new episode “A Parasol and a Hell of an Arm.”

This AFC West rivalry game has Philip Rivers and the L.A. Chargers in Oakland to face Derek Carr and the Raiders in prime time.

In the new episode “Three Men Out,” Forrest (Rob Corddry) and Ben (Omar Miller) decide to be “wing men” when Wade (Walton Goggins) visits a local hot spot to meet people instead of using a dating app.

Based on the beloved book by Dr. Seuss, this animated series follows opposites Guy and Sam as they venture out on a road trip to save an endangered animal from a far-off zoo. Along the way, they learn to try new things like hope, friendship and, of course, a certain delectable dish.

In a tip of the Wildcat hat to fans of “High School Musical,” three television networks — ABC, Disney Channel and Freeform — will present the first episode of this upcoming Disney+ show for one night only.

“Was I Really Kidnapped?”

After suffering torment and abuse at the hands of her abductor, Elle (Michelle Mylett) is released on the side of the road with no explanation. Her boyfriend Billy (Jacob Blair) and sister Jen (Anna Hardwick) rush to her aid after she’s found, but the reunion is derailed by detectives who doubt her story, leading her to clear her name and identify her attacker. Kyle Buchanan also stars in this film based on a true story.

When her Philadelphia radio station is closed for repairs during the holidays, DJ Kara Porter (Keshia Knight Pulliam) is forced to broadcast from the small town of Bethlehem. Desperate to get promoted outside of the year-round holiday station Radio Christmas, Kara attempts to uncover the identity of the town’s Secret Santa, who has saved Bethlehem’s Christmas festivities. Along the way, she discovers the true meaning of family, community, love and Christmas. Michael Xavier, Tim Reid and Belinda Montgomery also star.

Annie (Sara Canning) faces a crisis when her husband leaves their Amish world to live among “normal Americans” and seeks custody of their son. Steve Byers, Ryan Bruce and Gabrielle Rose also star.

This four-part series, a follow-up to the critically acclaimed landmark series Blue Planet II, explores the health of our oceans and marine life across the globe. The premiere episode, “Whale Sanctuary,” visits the world’s biggest nursery for gray whales and their young.