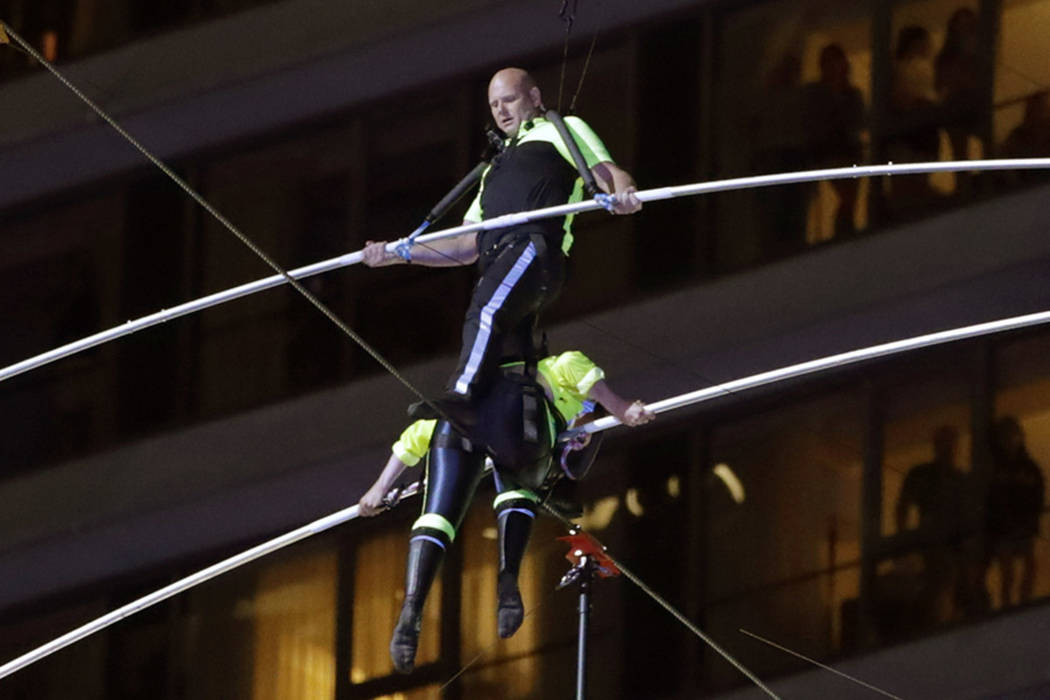 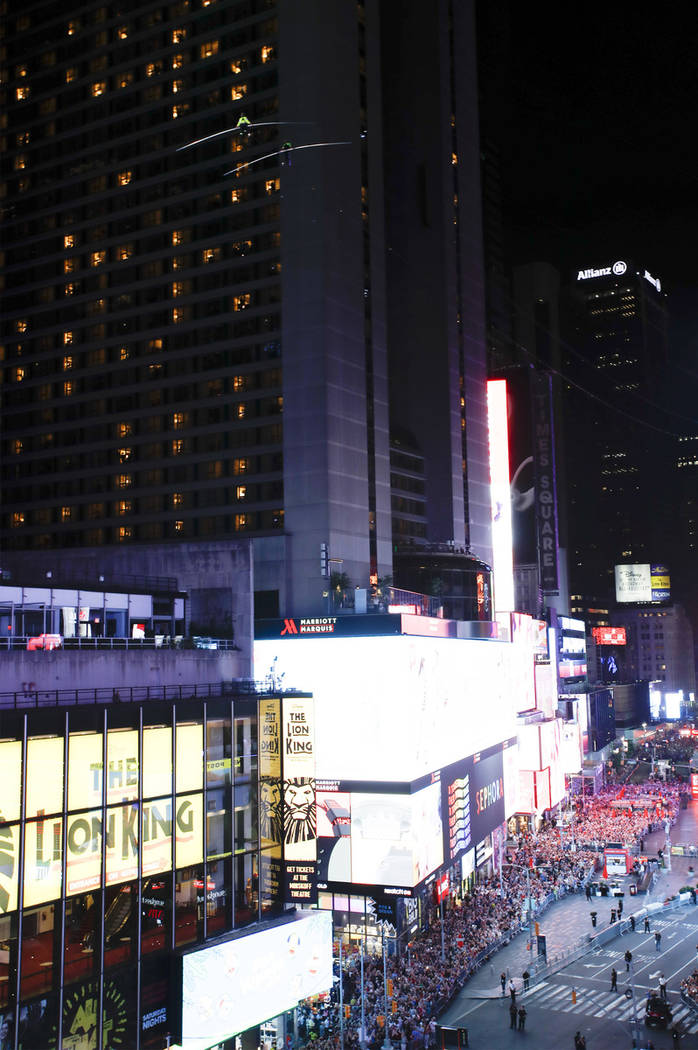 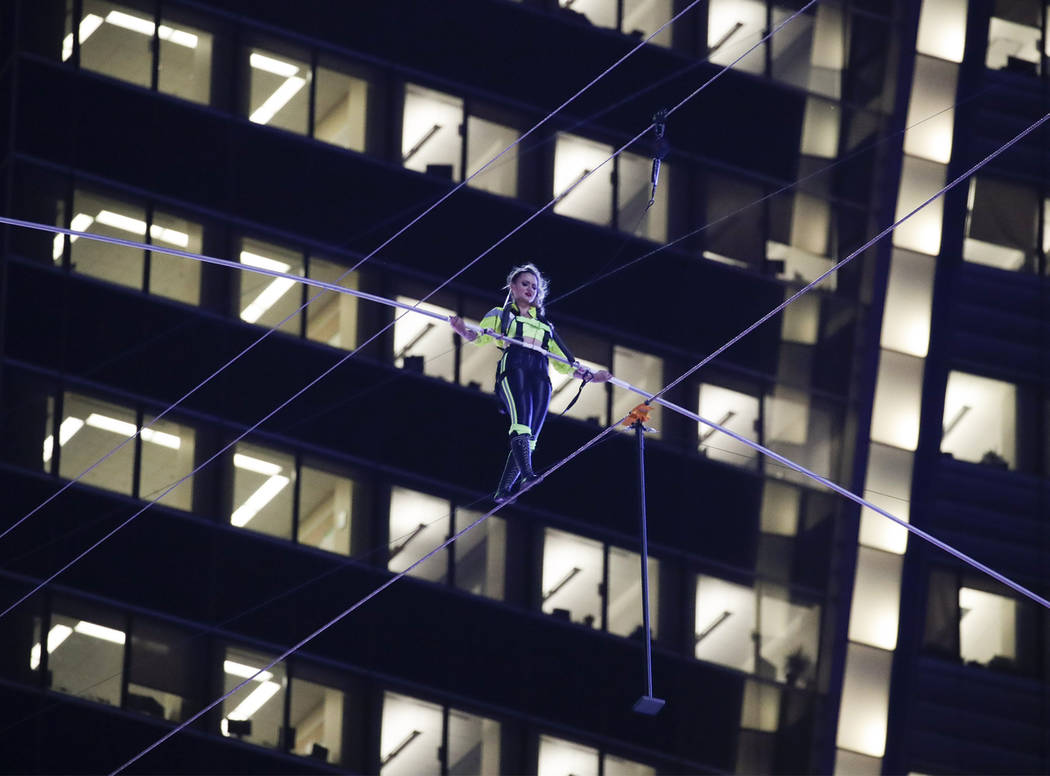 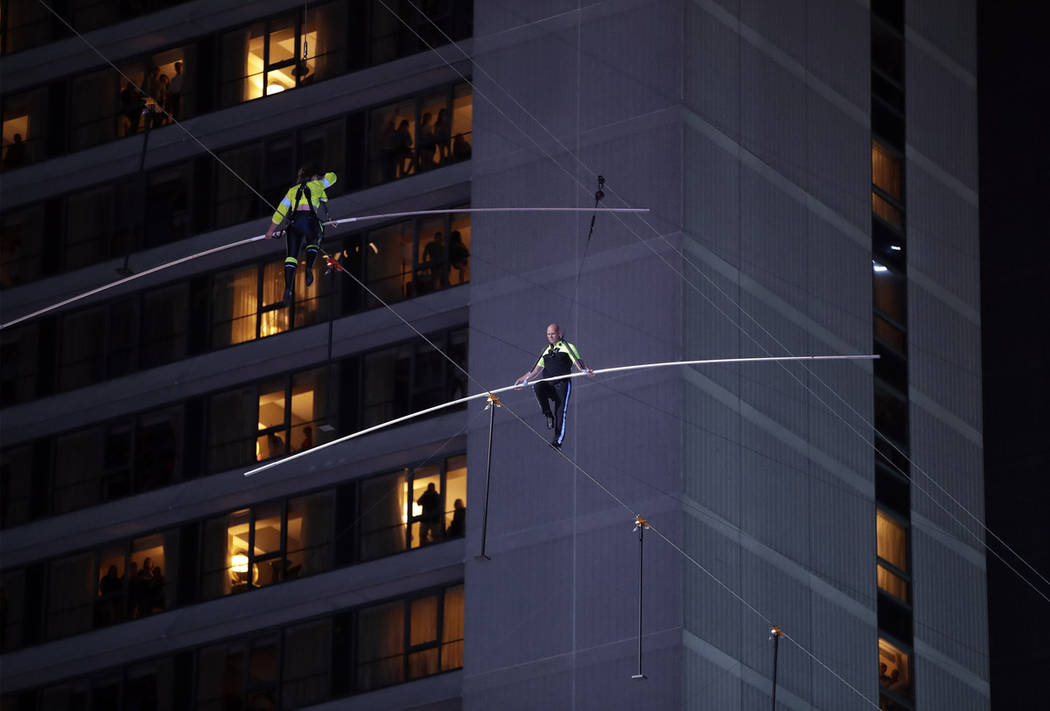 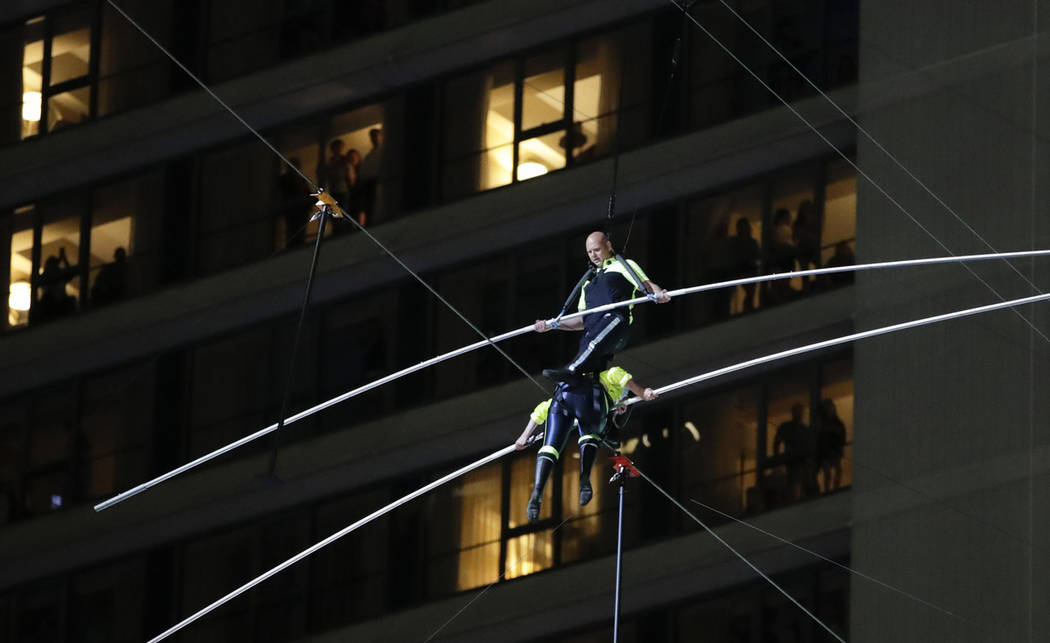 Nik Wallenda is a seventh-generation acrobat, but this time, he was nervous. His sister, Lijana Wallenda, joined him Sunday night for the first time since her near-fatal accident in 2017, when she broke nearly every bone in her face.

The siblings walked from opposite ends of the 1,300-foot wire suspended between the towers, crossing each other in the middle, where Lijana Wallenda sat on the wire and let her brother step over her. Both then continued to the opposite side.

Their latest daredevil stunt was streamed live Sunday on ABC. They were wearing tethered safety harnesses required by the city in case they fell.

Lijana Wallenda has been a high-wire trainer at “Absinthe” since the show launched in April 2011.