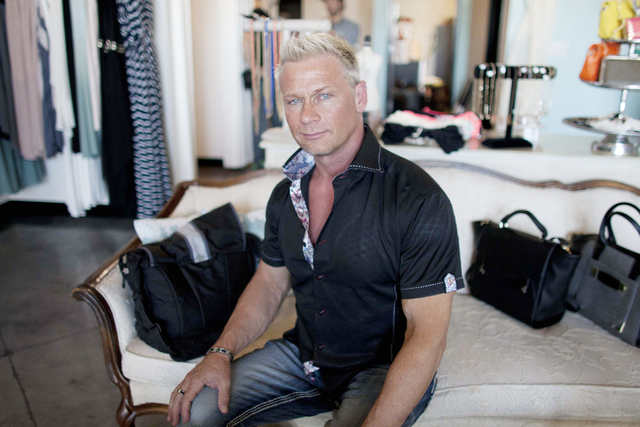 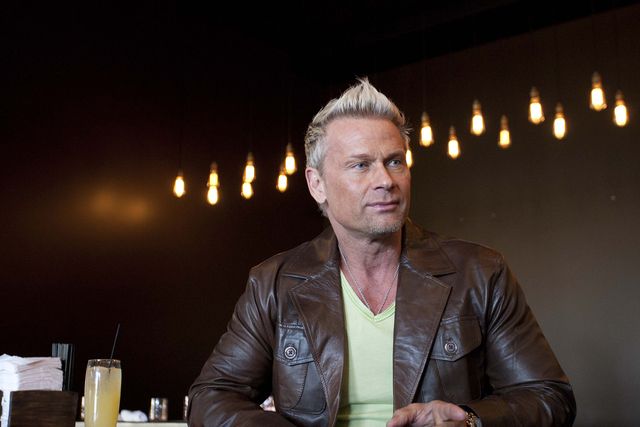 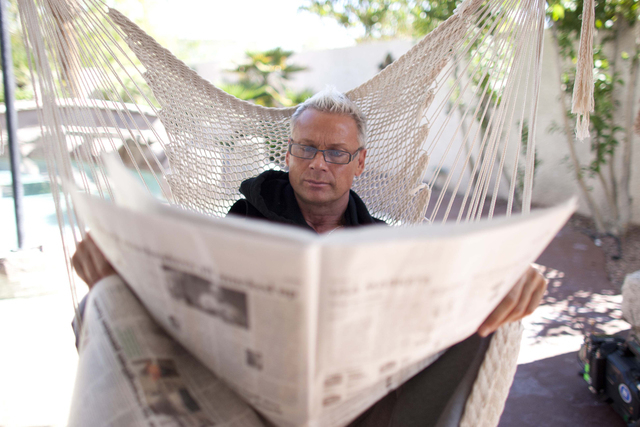 Brace Land is a riddle wrapped in an enigma inside a male prostitute.

He’s back for the sixth season of Showtime’s “Gigolos,” which premieres at 11 p.m. Thursday, even though he says he no longer does much escort work. He doesn’t really even need the money, he says, thanks to his entrepreneurial skills and the fact that he took an early buyout, and a full pension, from General Motors in his native Michigan.

Land says he supports Donald Trump as “the lesser of two evils.” And his Twitter feed reads like the prologue to “Mad Max” — full of retweets from something called the SGT Report, which blares headlines like “In One Hour, You Will Be Forced to Flee Your Home” and “We Have Confirmation That All Millennials Will Be Rounded Up.”

“I consider myself to be a real critical thinker,” Land says. “I’m all about being American. I love America, but I don’t love the politicians. I think if everybody knew the deep level of corruption, there’d be a huge revolution.”

Review-Journal: I’m sure every guy you meet wants to know how to get paid to do what you do. What do you tell them?

Land: I’m an entrepreneur. … I’ve always had businesses going on. I got into it (through) just kind of a fluke-type situation. And it just turned into something that was bigger than I think anybody would think it would turn out. But I think anybody that just sets out to get involved in this business is in for a surprise, because it’s not what I think everybody would think it would be. They’re gonna have a hard time, most people.

R-J: What’s the biggest misconception about being a gigolo?

Land: I think everybody thinks it’s this big, glamorous type of a job or world that they’re in, and it’s not. A lot of guys that are into it full-bore, they’re bisexual, so they entertain male clients, which is something I’ve never done, never would. And a lot of women are attractive that hire men or whatever, but I would say most of them are not. So, you know, it’s just one of those things. You better be ready for something like that if you’re going to want to get into it.

R-J: How did you get started as a gigolo?

Land: It was, like, throwing up a (web)site. And I just thought it would be interesting, because I knew some women that were doing it. And I screen my people, so it’s not like somebody can just call and I’ll meet somebody out of the blue at some hotel somewhere. … I know other men that are in the business, they’ll show up anywhere for anybody for money. And I don’t need money in that way, because I’m into other things.

R-J: So what brought you to Vegas? Was it the show?

Land: The show brought me to Vegas. I’m from Michigan, and the first two seasons I just flew in, did the season and went back.

Land: It has a lot to offer. And a lot of people ask me, “How do you live in Vegas?” And I think in their mind they think that people that live in Vegas are constantly gambling or clubbing or have some type of addiction of some sort, which I don’t have any. The only addiction I may have is a sexual one. I think it’s an interesting place to live.

R-J: I noticed you’re not on the Cowboys 4 Angels website (where women can book the other “Gigolos” cast members). Was there a falling-out? Have you stopped gigolo-ing, if that’s even a word?

Land: (Laughs) I think I’m in a much different league than those guys. I had my own website. … Well, then we got to the show. I didn’t know Garren (James), who runs Cowboys 4 Angels. I didn’t know any of these other guys. (Garren) asked me to go on the site, which I did for maybe a year. I did it for the show, basically, for PR or whatever. Then I came to the conclusion that I didn’t want to be on it because I wanted to get into other TV stuff and other gigs or whatever. And I just didn’t think it was professional to be on a site like that while you’re trying to do other TV gigs.

R-J: How often do you do this now?

Land: I have a few old clients, people that I resonate with, people that I like. … People that are coming into town periodically. Or I’ll fly somewhere. But I just don’t do it that much.

R-J: You’ve talked on the show about your past heartbreak. Does being on the show make having a relationship even harder?

Land: Yeah, for sure it is. A lot of these women will hire you under the intent that they’re going to convince you that they’re the type of woman that you would settle down with. And a lot of them kind of are. So what you do is, you walk away feeling bad a lot. It’s a psychological game. … I’m a sensitive man, and after I’ve met so many women in my life, good women as well, you feel sad. Because some of them you like, and you’d like to spend more time with them, but you can’t. So you have to just blow them off. And with that comes regret and a little bit of heartstrings getting pulled sometimes.

R-J: Are you seeing anyone now?

Land: Um, yeah. A little bit. Yeah. Kind of. But again, that’s hard, too. That’s hard as well, because they act, like, “Oh, everything’s cool.” But of course, they’re all jealous. And they’re always getting in the way of things. And I don’t like anybody gettin’ in my way or tryin’ to tell me what to do. And that’s why I’m not married.

R-J: You have a line of nutritional supplements, but what do you do when you aren’t working on that? What’s your typical day like?

Land: I get up. I check my emails. I study geopolitics quite heavily, just because of my investments. Again, I’m an entrepreneur. I’m always looking at different ways to make money, whether it’s precious metals — like, for right now, in the next five to 10 years, precious metals are going to turn into a fortune. And there’s going to be a lot of changes in our monetary system. That’s coming. So I study that a lot. I read a lot. I go to the gym about five days a week. … But there’s really no stress. Every day’s a Saturday for me. 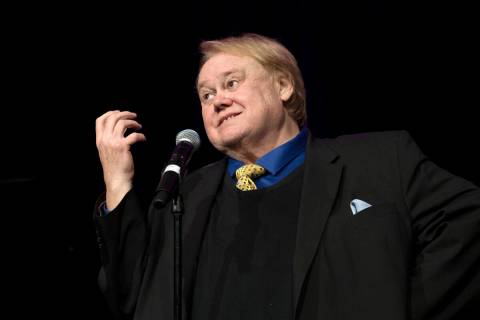 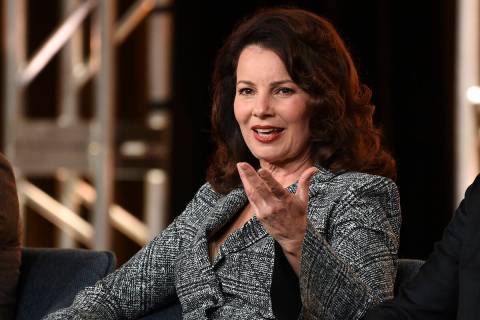 Fran Drescher, famed for her voice, talks about overcoming challenges
By C.L. Gaber Special to the / RJ

The 64-year-old stars this weekend in “Hotel Transylvania: Transformania,” which explores the relationship between Dracula (Brian Hull) and his human son-in-law Johnny (Andy Samberg).