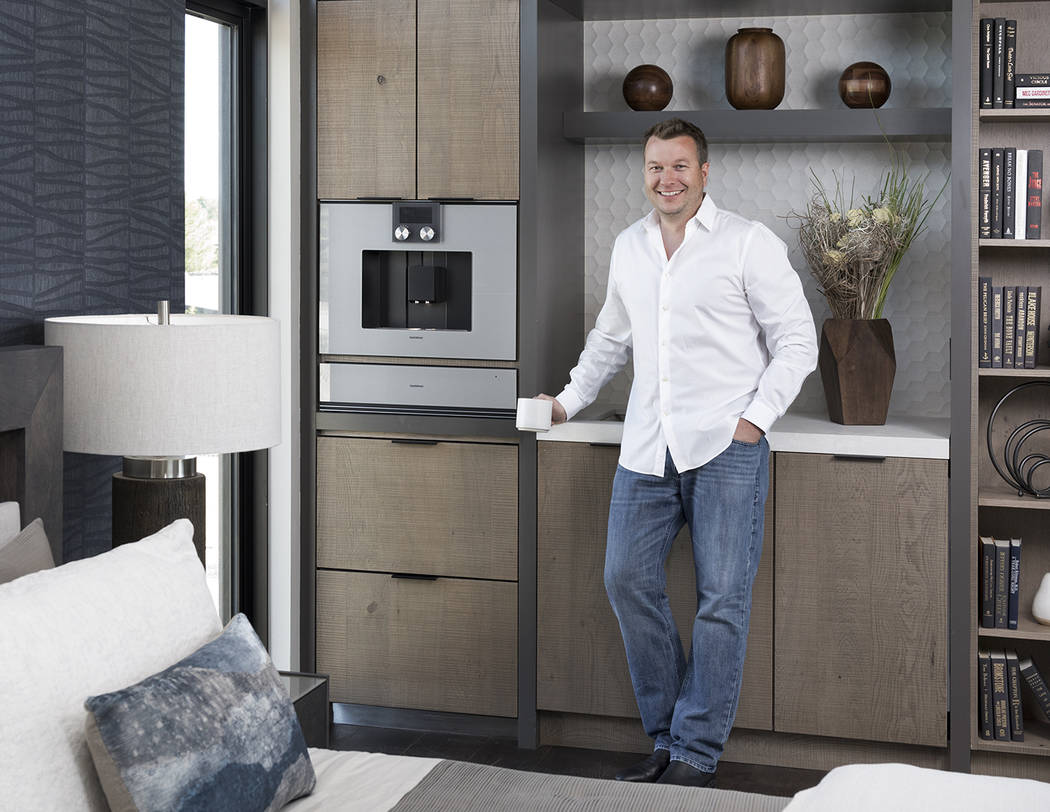 Michael Gardner, architect and principal of studio g Architecture, recently launched luxus Design Build, a construction firm licensed for residential and commercial building in Nevada. The firm’s first project was the 2019 New American Remodel Home near downtown Las Vegas, which debuted as the official show home for the International Builders’ Show 2019 in February and sold for $4.6 million less than a month later.

Gardner founded studio g Architecture in 2010 and is a licensed architect in 16 states in the United States and in New South Wales, Australia. His residential architecture work includes the National Association of Home Builders’ 2013 and 2016 New American Home projects. He also has designed numerous private residences in luxury communities including The Ridges, Ascaya, MacDonald Highlands and the Waldorf Astoria. His commercial architecture work includes hotels, offices, bars, retail and entertainment spaces in Tennessee, Texas and New York, among others.

“I founded luxus Design Build because I wanted to offer my clients a true luxury experience from concept to creation,” Gardner said. “We offer a fully integrated team of licensed architects, licensed and registered interior designers and licensed contractors that all have formal education and years of experience. We are cohesively working together toward the same goal, and it shows in both the enhanced experience for the clients as well as their completed projects.”

The firm has appointed Bridgette Slater as its director of operations.

Slife served as the project manager for the 2019 New American Remodel and has worked in the Southern Nevada construction industry since 1977.

The Las Vegas native has constructed buildings that range from banks and restaurants to apartments and ultra-luxury homes, including a $3 million penthouse in the Veer Towers along the Strip that was featured in the Wall Street Journal. Before luxus Design Build, he worked for a luxury homebuilder as the senior project manager.

“Together, we are a team of experience, formal education, and passion that has streamlined the process of designing and building a unique and modern luxury home,” Gardner said. “Because of the cohesive nature of the team, we estimate costs more efficiently and really have fine tuned what has traditionally been a disjointed process between an architect and contractor. We are with our clients from start to finish.”

Michael Gardner founded studio g Architecture in 2010 and Luxus Design Build in 2018, both based in Henderson.

He has received several field-related honors and awards, and is an active member of the American Institute of Architects and certified through the National Council of Architectural Registration Board.

He is LEED AP certified and a member of the U.S. Green Building Council, demonstrating his commitment to sustainable design and development within his field.