Inspirada, a master-planned community in Henderson, has partnered with the city of Henderson to sponsor this year’s Munchies 4 the Military, a donation drive founded by the Douglas J. Green Memorial Foundation. Together, the organizations are asking for the community’s help in collecting wish list donations for the Foundation’s care packages, which will be mailed to military service members and families who are deployed overseas.

“This is Munchies 4 the Military’s fifth year, but it’s the first time we have assembled the care packages in Henderson, and I couldn’t be more thrilled to partner with Inspirada and the city of Henderson,” said Suni Chabrow, founder of the Douglas J. Green Memorial Foundation. “The collaboration is helping raise awareness for the annual donation drive and the foundation, and I look forward to seeing how many care packages are sent to the men and women who sacrifice themselves for our country every day.”

“I am so proud to see our community come together in support of the Munchies 4 the Military program, and, as a Blue Star Mother, I know how much it means for the men and women serving in our armed forces overseas to receive these care packages,” Henderson Mayor Debra March said. “Through our partnership with Inspirada, we are encouraging Henderson residents to help the Douglas J. Green Memorial Foundation meet its mission and to show that we are a community with a huge heart when it comes to donating needed items for our overseas troops.”

The Douglas J. Green Memorial Foundation was created in honor of Chabrow’s son, SPC Douglas J. Green, who was killed in action during his second tour of duty in Afghanistan in 2011. Inspirada and the city of Henderson encourage the community to make a difference by donating items on the project’s wish list, which includes breakfast items, snack foods, beef jerky, nuts, dried fruit, protein and granola bars and wet wipes. Items are being collected through Feb. 10 and can be dropped off at various Inspirada and other Henderson locations, including:

Community members also can contribute by making monetary donations, which will help offset the cost of postage, which is approximately $17 per box. This year, the goal is to assemble a record-breaking 2,000 care packages. Volunteers will be assembling packages 1 to 3 p.m. Feb. 10 at Liberty High School.

Inspirada is ranked as the best-selling master-planned community in Henderson. With a projected build-out of 8,500 homes within the Inspirada villages by Inspirada Builders LLC, Inspirada is currently home to more than 4,000 residents who have access to programs and activities managed by a full-time staff that creates social calendars to bring neighbors together in the parks and the Inspirada Community Center.

It is home to four parks — Solista, Capriola, Potenza and Aventura — some with resident-only heated pools, barbecue and picnic areas, basketball, bocce and volleyball courts, soccer fields, splash pad and dog park. For more information, visit www.inspirada.com or follow the community on Facebook at www.facebook.com/InspiradaNV. 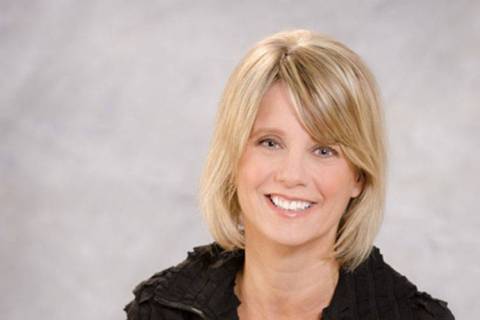 Nevada Bankers Association CEO Phyllis Gurgevich issued a statement following an announcement by Nevada Gov. Steve Sisolak that he is temporarily suspending all foreclosures in the state during the coronavirus crisis. 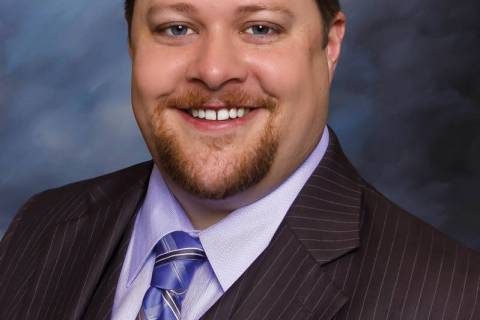 The statewide Nevada Realtors issued a statement from NVR President Chris Bishop about Nevada Gov. Steve Sisolak ordering all evictions in Nevada to be suspended during the state of emergency related to the coronavirus. 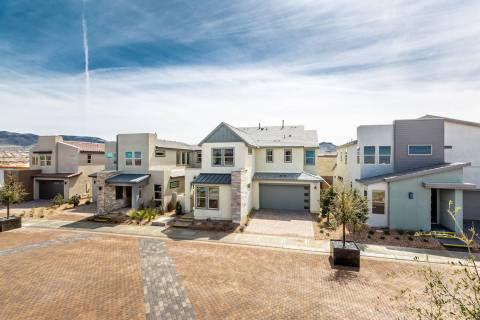 Pardee Homes offers personal appointments to visit the new Arden neighborhood at Inspirada. Guests with private, one-on-one appointments will be able to tour the modern model homes and learn about the newest neighborhood in West Henderson. 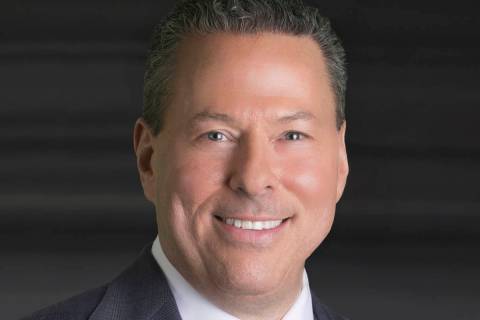 Mark Stark, CEO of Berkshire Hathaway HomeServices’ largest independently owned franchise, is working to communicate with his 3,500 real estate sales executives in Nevada, Arizona and California through Facebook Live events every Tuesday and Thursday at 1:30 p.m. Stark and his company’s vice president of sales, Rick Berube, cover topics including market changes, working with homebuyers and sellers during COVID-19 regulations and interest rates, among other topics. 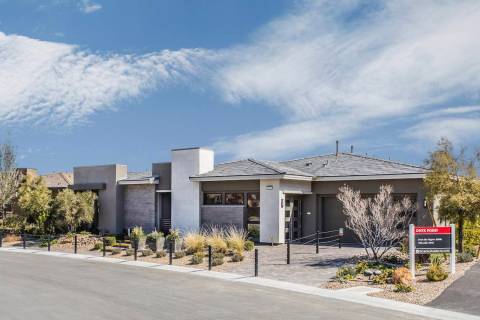 Six model homes, complete with landscaping and many with special upgrades and details typical of a model home, including three that are fully furnished, are now available for purchase in The Cliffs village within the master-planned community of Summerlin. 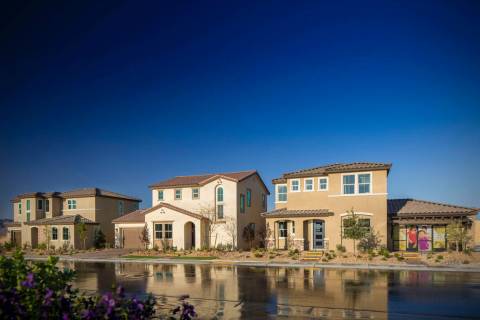 Woodside Homes has joined Leading Builders of America’s urgent, national call to collect unused, excess masks and eye protection equipment from its trade partners. These are being collected at D.R. Horton Division Office, 1081 Whitney Ranch Drive in Henderson. Cash donations are also being accepted at directrelief.org . The public can follow the effort on social media at #BuildersCare. 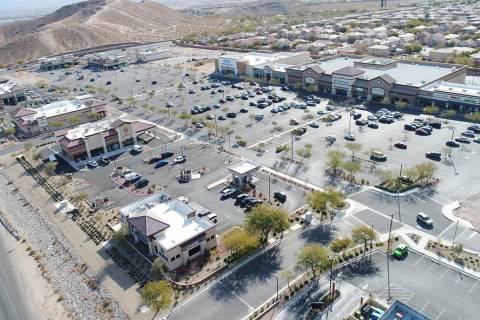 Remington Nevada, a premier commercial land development company in the southwest valley, is entering the final phase of construction at its largest shopping center in Nevada, Mountain’s Edge Marketplace at the southwest corner of Buffalo Drive and Blue Diamond Road. 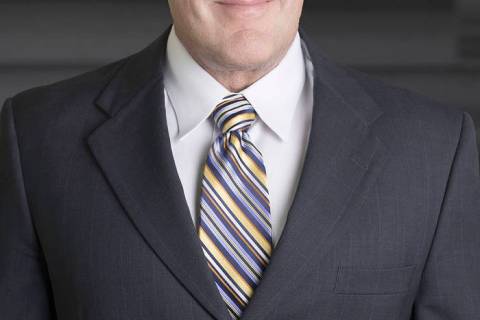 Americana Holdings, parent company of Berkshire Hathaway HomeServices, Nevada Properties, has partnered with Curbio, a home renovation technology company, to provide renovation solutions to its clients in Arizona, Nevada and California. The company launched its partnership in Arizona a few months ago and will begin offering the service in Nevada in January. 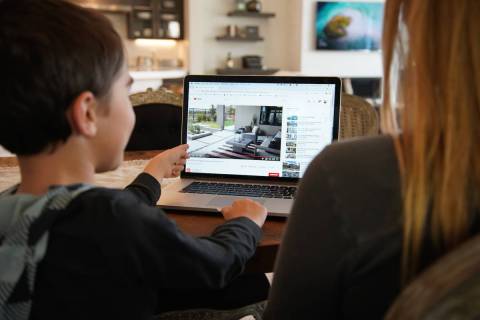 In the new environment of social distancing, Summerlin invites Southern Nevadans to enjoy virtual tours of more than 20 new-home neighborhoods from the comfort of their own couch. The videos, which are generally less than two minutes in length each, offer a bird’s eye view of homes in all styles, price points, elevations and configurations. 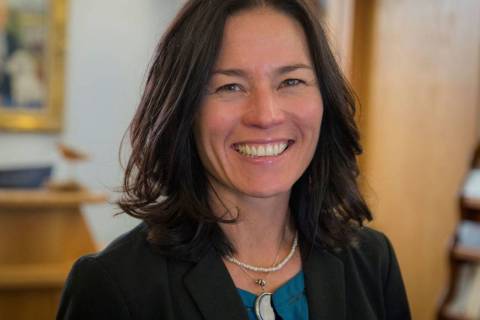 After an extensive executive search, the Nevada Housing Coalition board of directors hired Christine (Bekes) Hess as the first executive director for the statewide nonprofit.