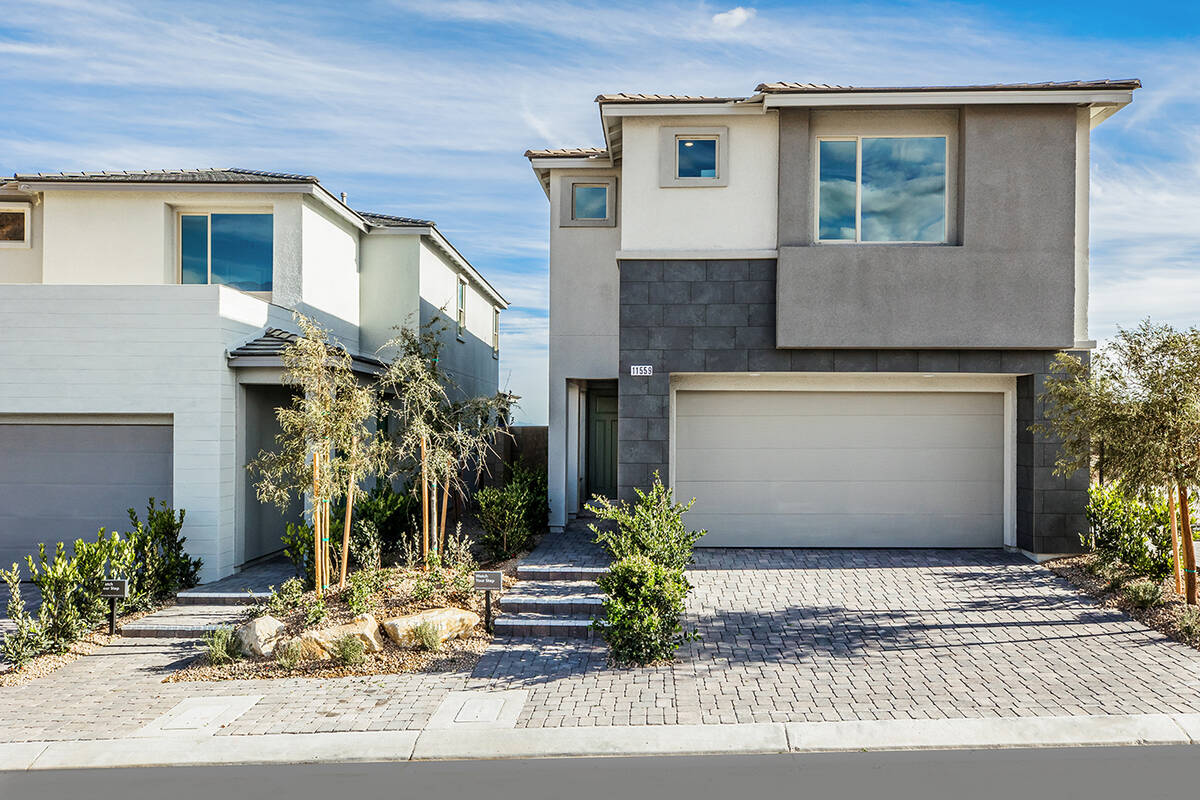 Nighthawk by KB Home is the newest neighborhood to open in the popular and rapidly growing area of Summerlin West and the first neighborhood in the district of Kestrel Commons, located west of the 215 and Lake Mead Drive. (Summerlin)

Nighthawk by KB Home is the newest neighborhood to open in the popular and rapidly growing area of Summerlin West and the first neighborhood in the district of Kestrel Commons, located west of the 215 and Lake Mead Drive.

With six distinctive floor plans, KB Home allows buyers to personalize their new homes, including layout choices, exterior style, design options and lot location within the gated neighborhood. Each Nighthawk home features a two-story elevation, to maximize view opportunities given the region’s elevated topography, and a two-car garage. Nighthawk will eventually have its own private park for the exclusive use of neighborhood residents.

Kestrel Commons is situated on an expanse of elevated land, offering vistas from select vantage points throughout the area. The district is designed to offer walkable connectivity between neighborhoods and open spaces, including carefully planned pedestrian access to future neighborhood services and community parks.

In fact, seven additional major community parks and paseos are under active planning and development in the Summerlin West area and are scheduled for completion starting early 2023 through 2025.

“KB Home, one of 10 national homebuilders in Summerlin, has a history of building quality homes nationwide that are appropriately sized and priced for first-time and move-up buyers, and Nighthawk is no exception,” said Jenni Pevoto, director, master-planned community marketing for Summerlin. “The opportunity to live in Summerlin, combined with a well-designed home built with today’s modern families in mind, is a must-see for anyone looking to put down roots here.”

Now, in its 32nd year of development, Summerlin offers more amenities than any other Southern Nevada community.

In total, Summerlin offers over 110 floor plans in 20 plus neighborhoods throughout eight distinct villages and districts.

Homes, built by many of the nation’s top homebuilders, are available in a variety of styles — from single-family homes to townhomes, priced from the $400,000s to more than $1 million.

For information on all actively selling neighborhoods, visit Summerlin.com.

Before you visit, call the builders to check on hours of operation. Phone numbers for each neighborhood are on Summerlin.com.