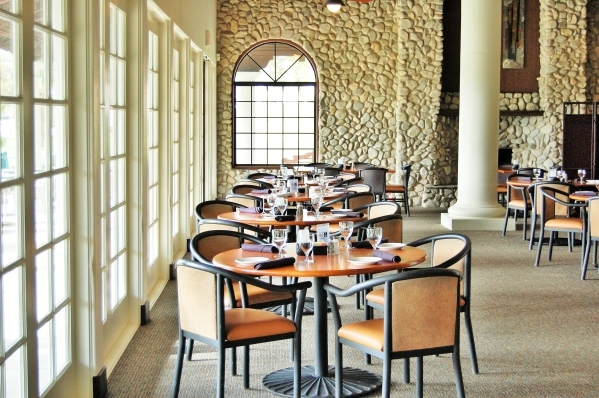 By day, the Rockwall Grille at Painted Desert Golf Club serves breakfast and lunch seven days a week. By night, it becomes The Rock Wall for concerts and other entertainment. COURTESY 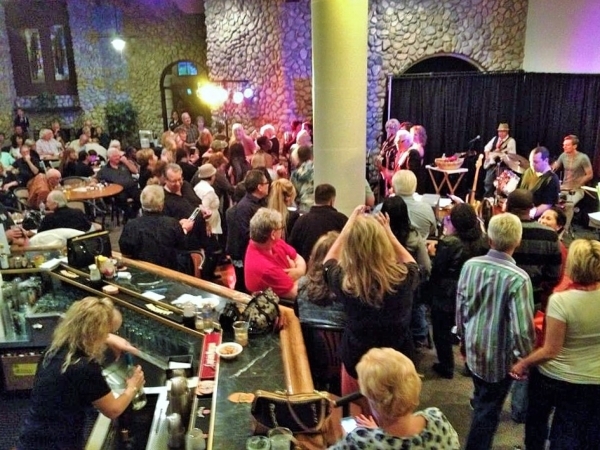 Fang and the Gang sold out the Painted Desert clubhouse for its concert in February. COURTESY 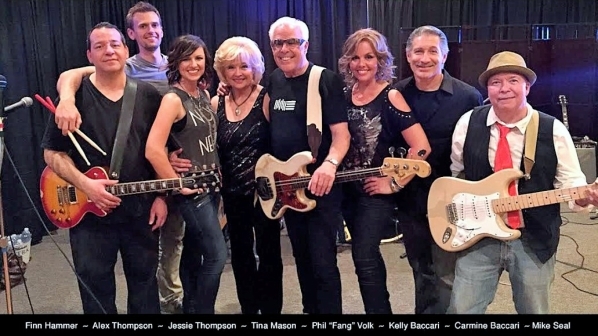 Members of Fang and the Gang, including former Paul Revere and the Raiders bassist and songwriter Phil Volk. COURTESY

During the day, staff at Painted Desert Golf Club’s cool and cozy throwback of a clubhouse follow a simple credo:

(And that includes arguably the best hot dogs in the Las Vegas Valley.)

At night, however, this perennially overlooked 19th Hole hangout has been known to trade the “Cheers” persona for a gutsy musical-entertainment chant:

By booking acts such as Fang and the Gang, led by former Paul Revere and the Raiders bassist Phil Volk, Painted Desert’s Rockwall Grille and clubhouse is living up to its name (“Rock”wall) and making some music-venue noise amid the Centennial-area solitude off Ann Road near U.S. Highway 95. Painted Desert has hosted three shows by Fang and the Gang, the last appearance being in February.

And in a city where human connections still count plenty in business, Painted Desert landed this talented act courtesy of one of its beverage cart workers. She’s Jessie Thompson, and she just happens to be one of Volk’s angel-throated daughters and a band member.

The band’s manager, Rolf Laws, described Jessie’s vocal skills as being as close to perfect as there is. He said her singing is unique, but when he’s pressed for a superstar comparison, he says Celine Dion.

“If you can remember how Phil was with Paul Revere and the Raiders (rarely gifted and exacting), you can see how Jessie takes more after her father than either of the girls. But they’re all just so talented,” Laws said. Kelly Baccari is Volk’s other daughter and talented band member.

Food and Beverage Director Tracy Rhodes said Painted Desert has to work harder than most for its clientele because although it dates to the ’80s, it’s still largely overlooked and misunderstood.

“Unfortunately, nobody knows we’re here, and nobody knows it’s open to the public. That’s a shame because there’s a uniquenesss to Painted Desert. We’re open for breakfast and lunch every day. You could bring the whole fifth floor of the hosplital if you wanted. We can handle the business. But you drive on Ann Road and people drive right by. It’s unfortunate. Peole think it’s a private club.”

A woman confessed to Rhodes: “Oh, my gosh. I lived across the street for seven years and didn’t even know I could go in there.”

Now she and her husband are regular customers.

Painted Desert has always been that place “where everybody knows your name.” And it stems from the bond among staff members.

“Seventeen years, 12 years, and more. They don’t leave,” Rhodes said of her workers. “We love each other and fight like family.”

And like a scene from “Cheers,” Rhodes often spends most of her time during a shift standing at the bar (her command center), chatting and laughing with patrons, helping with orders and monitoring the room’s service as though she has eyes in the back her head.

Things become unique once they’ve been around for a while, and Rockwall Grille sports an entire wall of river rock, which was very popular in the ’80s. Hence, the eatery’s name.

“Painted Desert is its own unique niche, if you will,” Rhodes said. “I’ve worked at several around town, and I know we’re not as large as a Silverstone, not for weddings like Angel Park. But we can specialize in Mexican 15, sweet 16, retirements and anniversaries, the celebrations that you wouldn’t go to a bigger Angel Park for.”

But you can let your hair down and party at Painted Desert, as its recent concert performance proves. Rhodes said the house really gets rockin’ during one of its regular theme parties. When this fun breaks out, so do the moves, and Painted Desert becomes a dance hall/nightclub.

Speaking of the ’80s, Painted Desert has a racquetball court that is open to the public. There are regular Monday night games, Saturday morning games and Wednesday games.

Rhodes said the Rockwall Grille’s breakfast is its most popular time. Portions are historically large. But their hot dogs are nearly cultlike in popularity.