The Las Vegas new-home market closed February with its strongest week of net sales in years, and a leading housing analyst said prospective buyers haven’t slowed down in checking out model homes through early March as builders target buyers with new projects with lower prices.

Home Builders Research reported new home closings rose 21 percent in January, and builders are seizing on the opportunity by taking out 1,083 permits, a 10 percent gain over January 2019. That’s the highest January permit total since 2007, when there were 1,158.

Numbers for February closings haven’t been finalized, but Smith said it will prove a strong month. There were 1,136 net sales in February — sales minus cancellations — which is 42 percent higher than in February 2019 and the highest February figure since 2007. Net sales for January and February combined were up 34 percent over 2019.

The firm reported there were 322 net sales during the last week of February that ended March 1. According to figures stretching back to 2015, that’s the best week over that period. The next highest was 293 in January 2018.

Smith said there’s no evidence the coronavirus outbreak that’s now spreading across the U.S. and in Nevada has impacted the Las Vegas housing market so far in terms of sales or traffic through builder communities. He cited how some analysts are worried about the impact it will have on the national and regional economy, given that business conferences are being canceled and people are changing their spending habits by going out less and doing social distancing. It’s all unprecedented and happening fast, he said.

“What we will say pertaining to the local housing market is that there is little doubt that any sort of widespread outbreak in the valley and perhaps even not so widespread will affect every part of the local economy,” Smith said. “Even barring any official closures or restrictions on movement, it’s probably safe to assume that many may begin self-imposed restrictions on face-to-face interactions and forays out into the general public. Las Vegas is already seeing this sort of thing on a larger scale with the numerous business meetings and conventions being postponed or canceled altogether.”

However, Nat Hodgson, CEO of the Southern Nevada Home Builders Association, said he hasn’t heard of any disruptions or lower traffic counts from builders so far.

Smith said the homebuying process could be “severely affected” if the overall economy were impacted.

Given the “incredible sales numbers” seen thus far in 2020, Smith said no one wants to see a slowdown, and none is visible at this time.

“That momentum has continued into 2020 and has even increased to a level not seen in January for many years in Southern Nevada,” Smith said. “Tensions and fears have been ramping up in society for a few weeks now, which has led to some analysts suggesting a possible slowdown of the housing market. Here in the Las Vegas area, however, we have not observed this as of yet. In fact, it has been quite the opposite.”

As for 2020 so far, Smith said, Las Vegas has gotten off to a good start over 2019 because of lower mortgage rates compared to a year ago at this time. The housing market picked up during the spring of 2019, and that carried over into 2020, he said.

In analyzing numbers dating to 1999, January had the eighth-highest average net sales of any given year, Smith said. The 1,116 new home net sales in January were 27 percent higher than in 2019 and the highest January total since 2007, when the total was 1,191. That’s more than four combined Januarys from 2009 through 2012, Smith said.

The buyer traffic in January was 8.6 percent higher than in 2019, Smith said. Cancellations were even with last year, which Smith said shows homebuilders are having success attracting qualified buyers and converting them into sales.

“Given all of the rhetoric about affordable housing, it may surprise some to see that over 60 percent of the new homes closed in January were under $400,000,” Smith said.

Smith said the trendline shows the market has changed over the last six-plus years in what builders were offering to generate revenue, given the market conditions and buyer preferences. From 2014 to 2018, builders dealt with higher land prices by building bigger and better homes, he said.

“Then at a certain point it was realized that while larger homes can generate better profits, they also take up more space,” Smith said. “They are probably not the best option in an area where large chunks of developable land are becoming ever more scarce.”

That construction along with town homes would have brought down prices tracked, but growth in high-end new homes kept the average base price elevated, Smith said.

Smith said he doesn’t expect the January permit total of 1,083 to maintain its pace for the rest of the year. The highest January record is 2004, when there were 2,648 permits.

“We really can’t see that coming to fruition, if for no other reason than the builders and their subcontractors likely do not have the capacity to handle that type of an increase in activity,” Smith said. 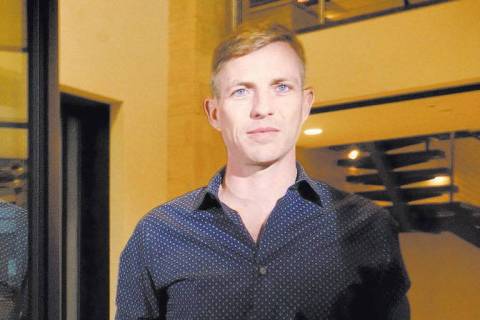 New home sales dipped sharply during the week Nevada shut down all of its casinos and nonessential businesses, but nearly 200 sales took place, and prospective buyers continued to keep appointments to tour model homes of builders. 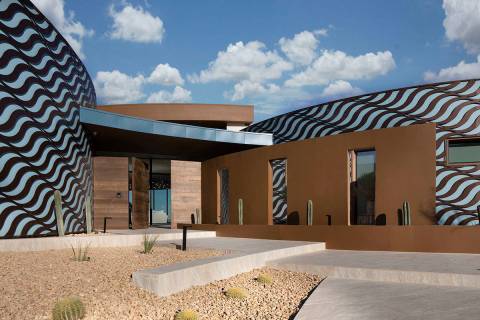 The availability of sufficient water resources to meet the needs of an expanding population will continue to be a challenge for the Southern Nevada Home Builders Association and its community partners over the next decade. 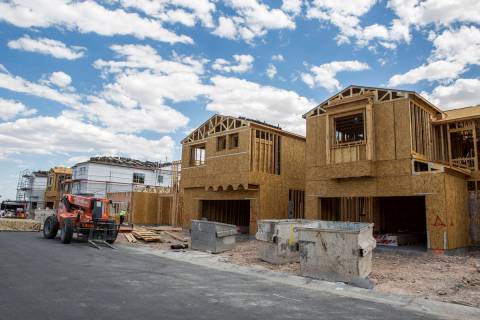 Las Vegas has shut down to the world for gaming and hospitality as it deals with COVID-19, but the homebuilding and existing home sales’ industries continue on despite the blow to the economy that’s already caused a halt to some sales and postponement of others. 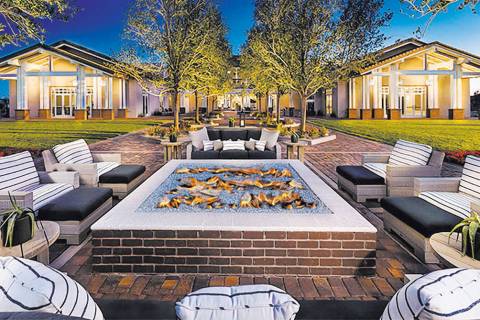 New home sales slightly dipped in 2019, but don’t tell that to the valley’s five largest builders who saw their share of the marketplace jump dramatically since 2017 to two thirds last year. 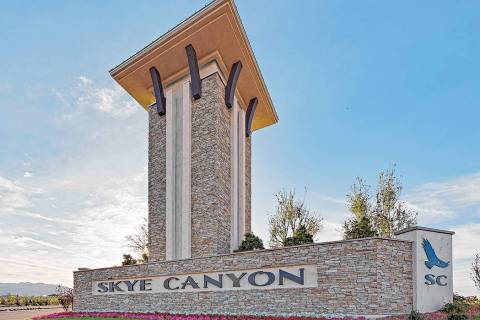 Homebuilder Century Communities has taken over as the master plan developer of Skye Canyon in northwest Las Vegas by acquiring the remaining 400 acres for development not already assigned to builders. The price was $59.1 million. 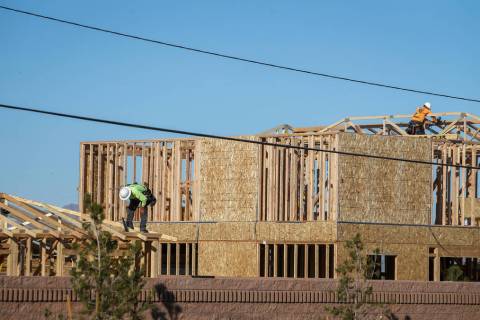 The Las Vegas new-home market got off to its hottest start in 13 years and there are signs builders are focusing even more on town homes and affordability that’s bringing out the buyers. 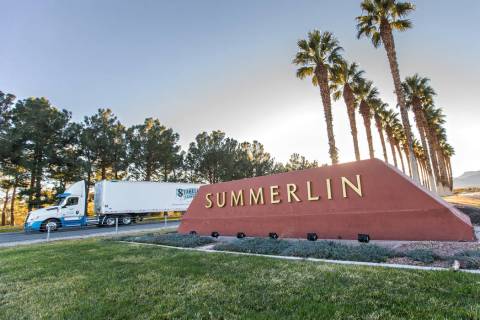 It’s been quite an eventful week for the Southern Nevada building and development community, which came under the national spotlight and won awards at the International Builders’ Show at the Las Vegas Convention Center. 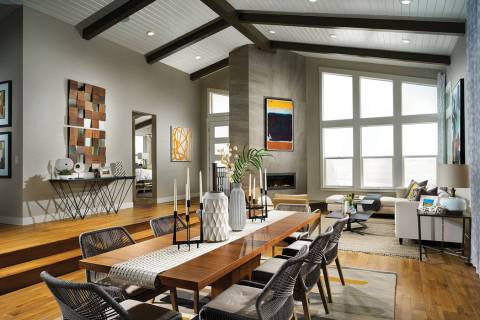 A growing number of homeowners want smart home technology and builders and Realtors are recognizing that if they want to close a sale. 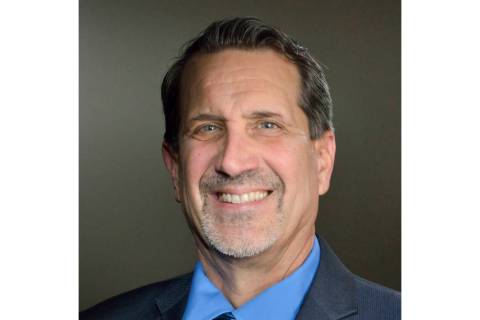 Steady and better than 2019. That’s the outlook for the 2020 Las Vegas housing market — both new and existing homes when it comes to sales — and there should be slight price appreciation in both segments as well, according to housing analysts, Realtors, builders and economists who track the Southern Nevada home market. 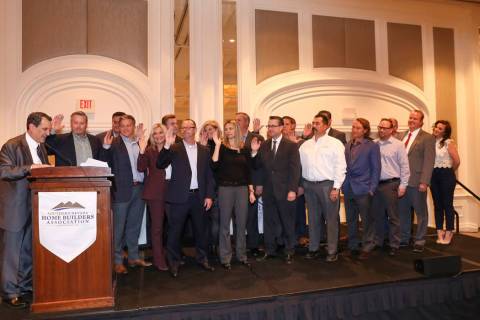 In December, the Southern Nevada Home Builders Association (SNHBA), held its annual installation luncheon, a yearly gathering where members of the local homebuilding industry celebrate the appointment of the organization’s new board, which will take the torch and continue to drive SNHBA’s dedication to meet the housing and community development needs of Southern Nevada. The event also serves to award outstanding members and supporters in this sector.