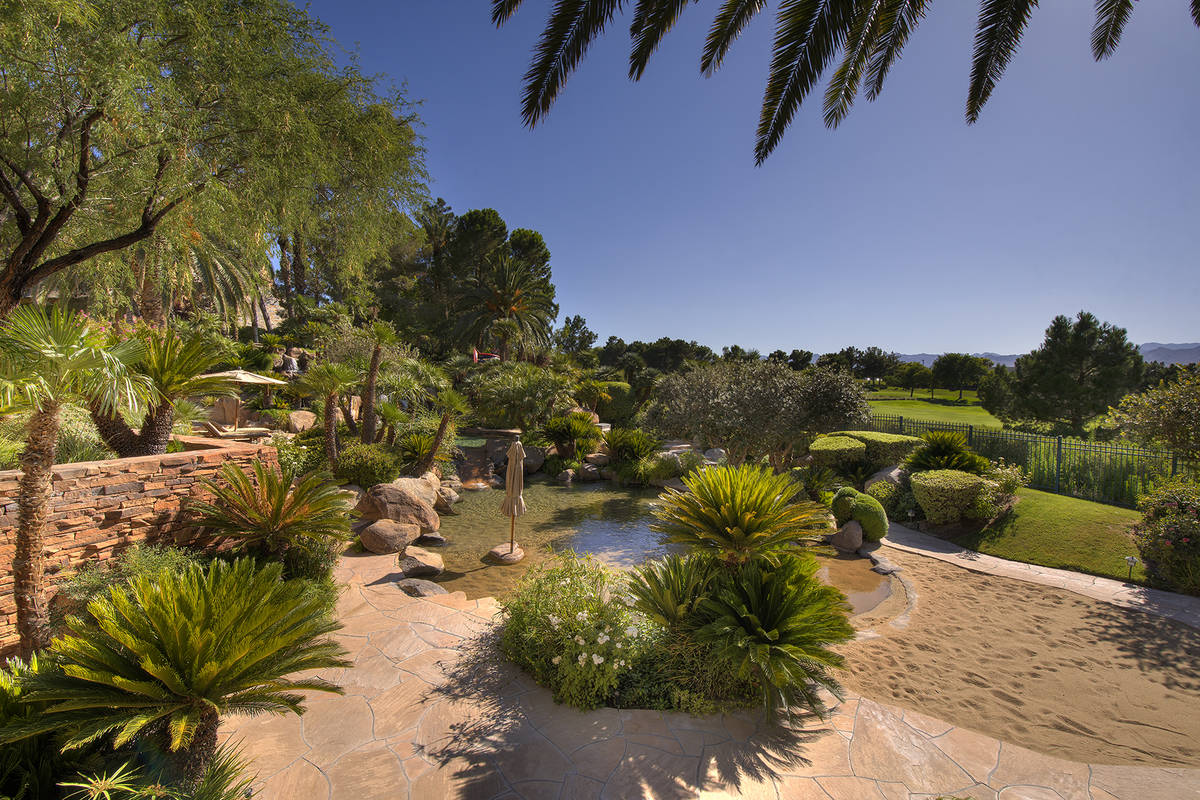 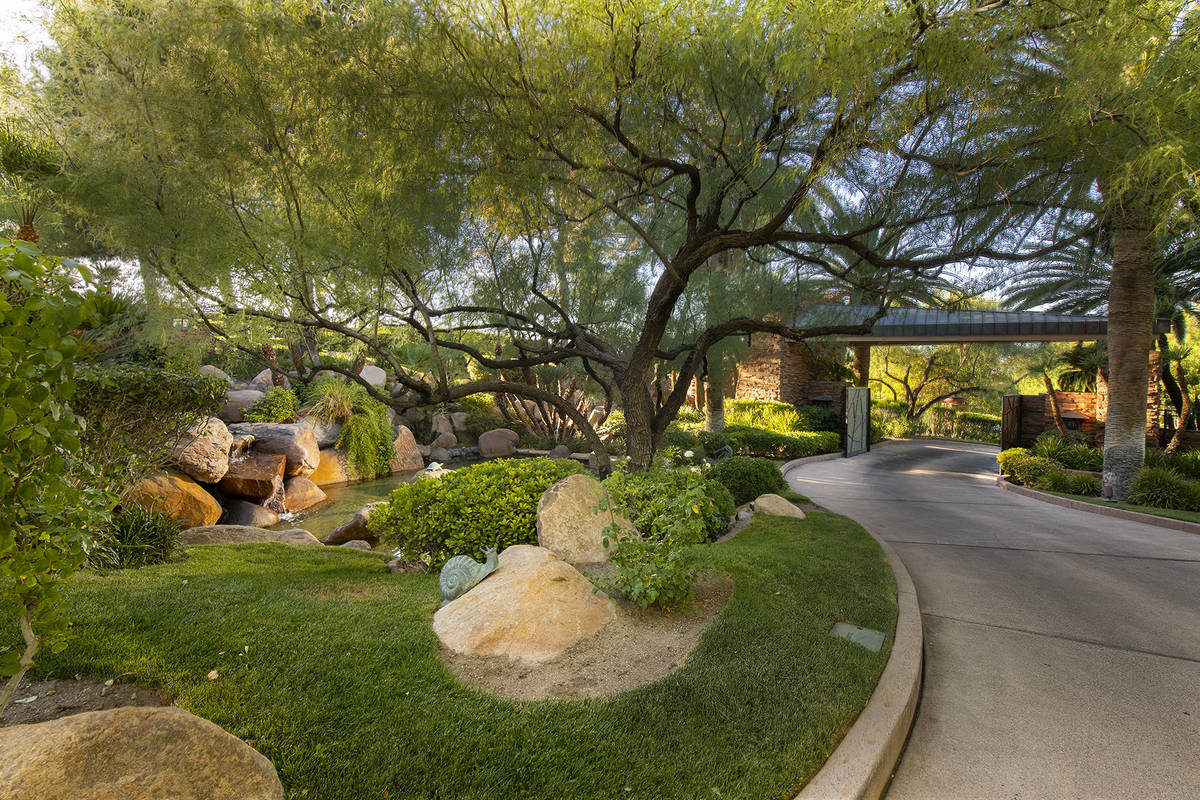 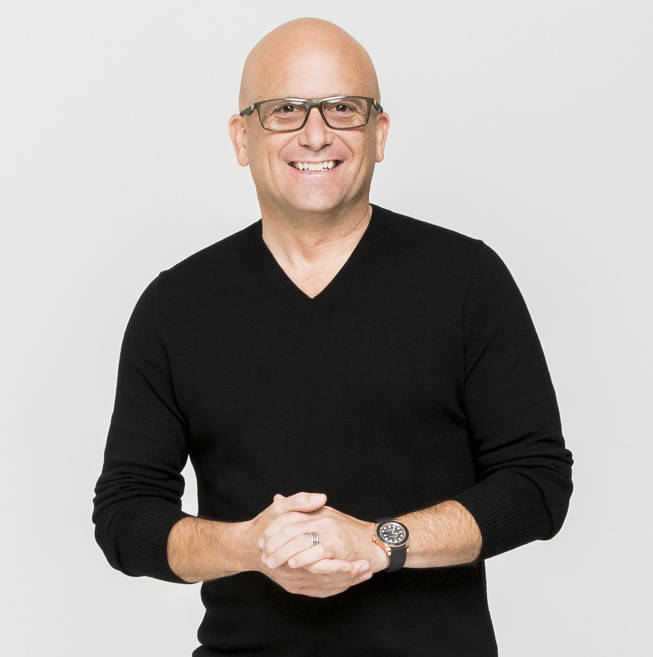 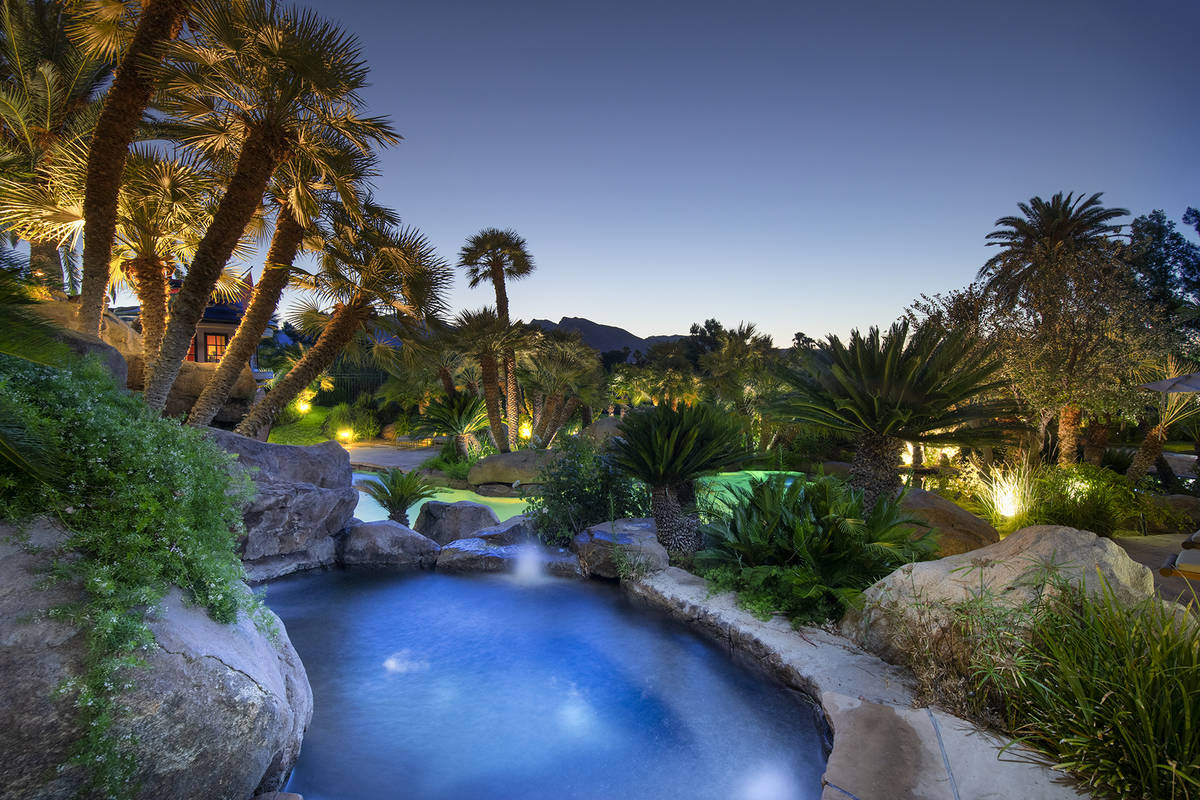 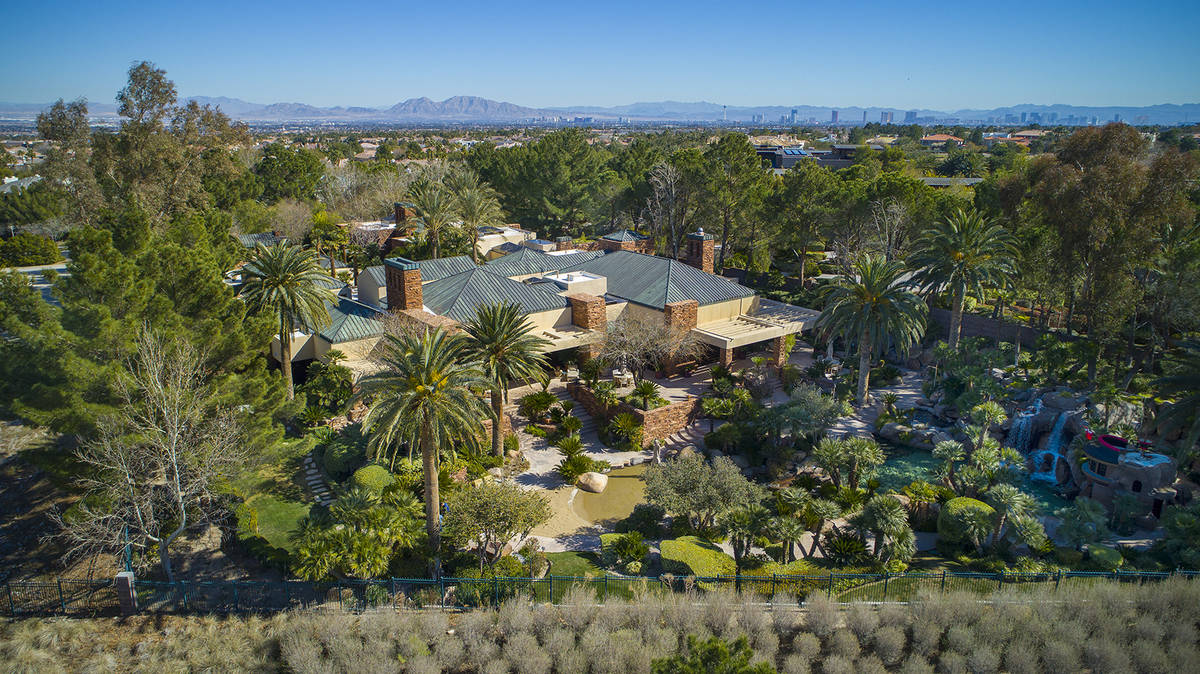 The mansion is on Enclave Court and is called “Billionaires Row." The area is known for its wealthy and famous homeowners, including magician David Copperfield and former Wynn Resorts CEO Steve Wynn. (Synergy Sotheby’s International) 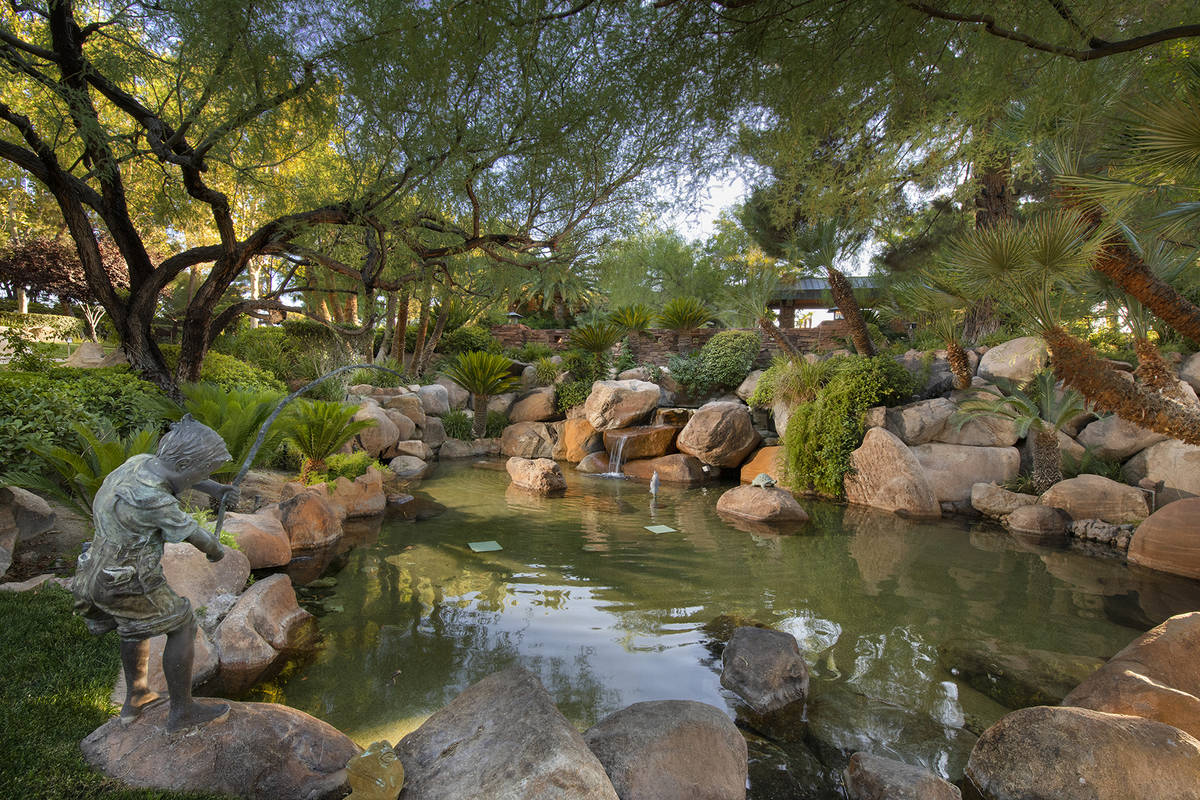 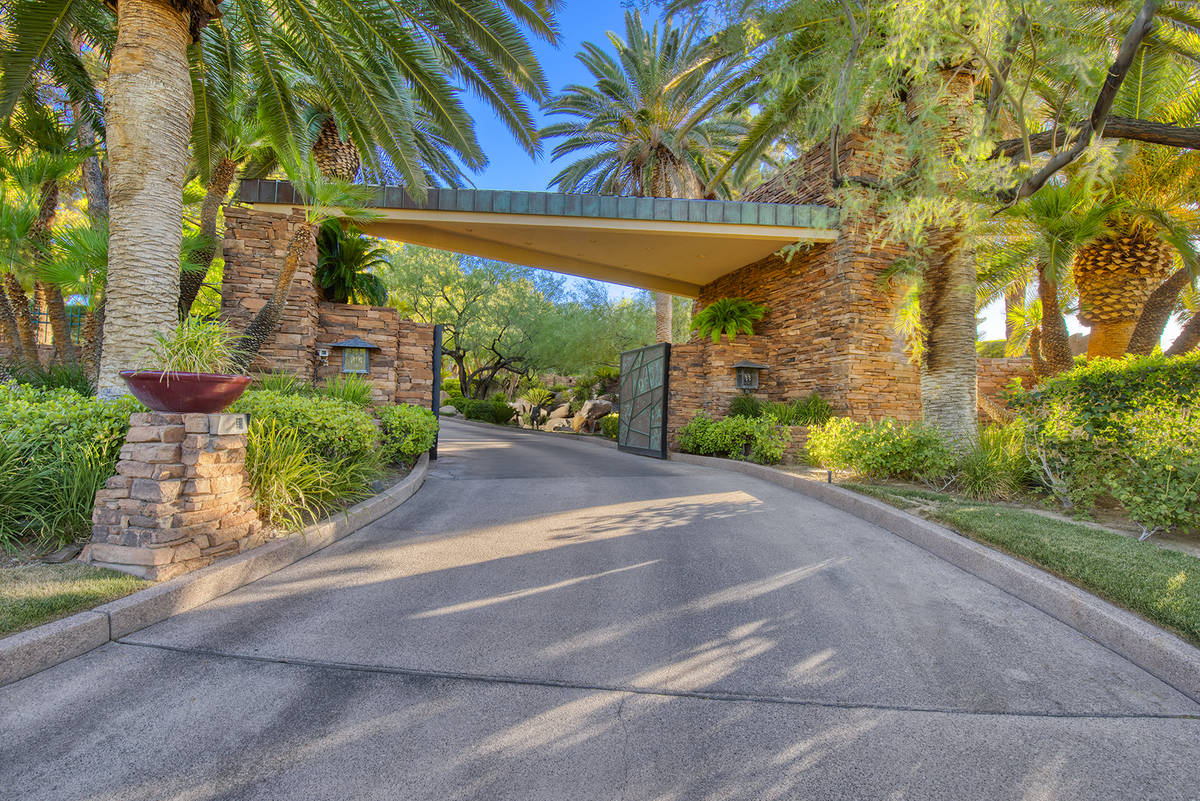 The home on Enclave Court in the exclusive Country Club Hills in Summerlin has its own gate for the small community. (Synergy Sotheby’s International) 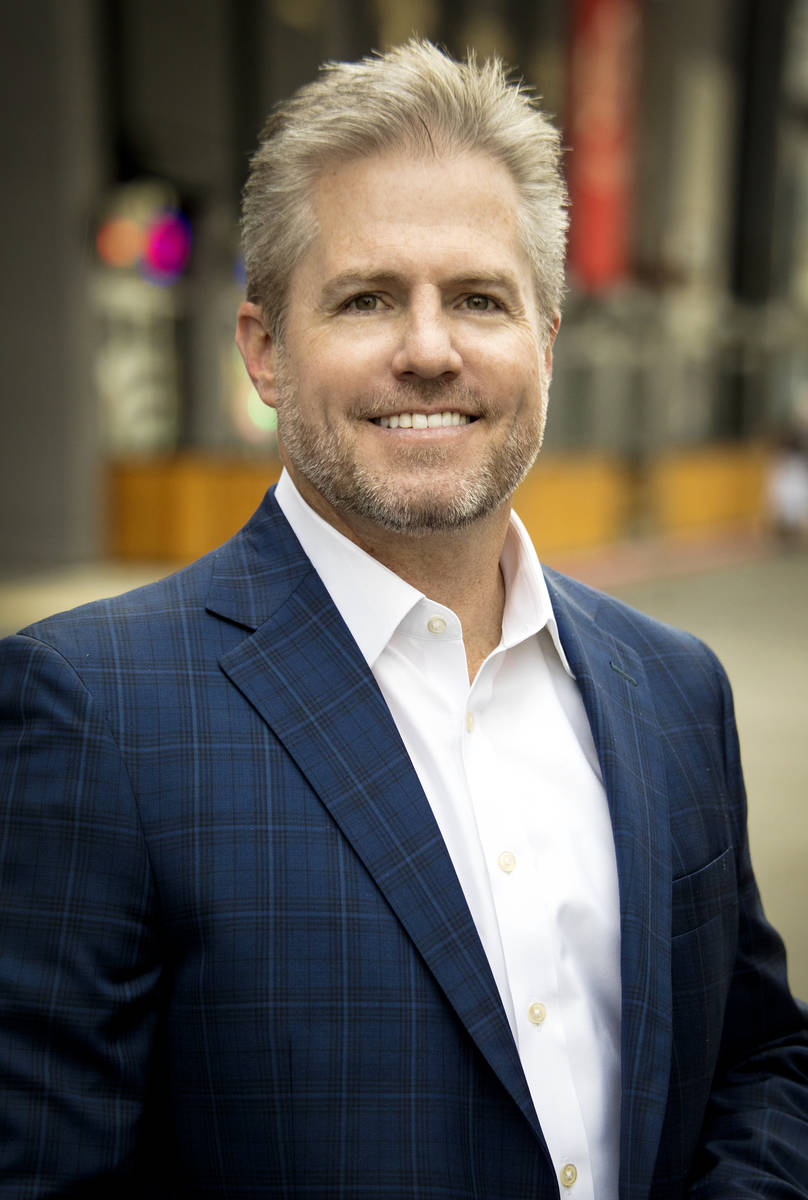 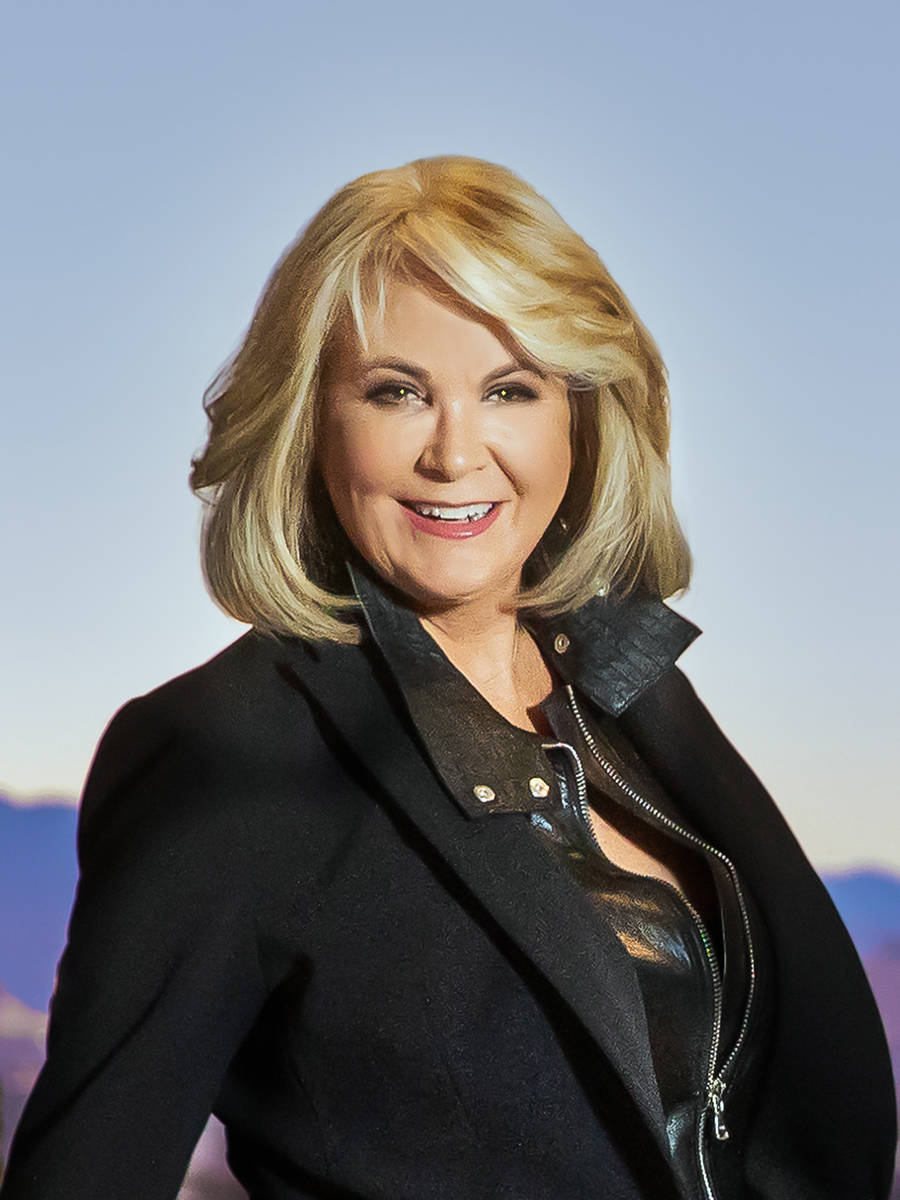 A 13,000-square-foot home on “Billionaires Row” in Summerlin has set the high price in 2021 at $9.6 million, and at least two more homes on the seven-home block are expected to sell in the coming days and weeks and shatter that mark.

The transactions continue the high level of activity in the luxury segment of homes of $1 million or more. A new report said Las Vegas has blown away its December record of 131 sales of single-family homes and high-rises of $1 million and above with 170 such sales in March. A trend of sales and price escalations shows no signs of slowing, according to Forrest Barbee, a corporate broker with Berkshire Hathaway HomeServices Arizona, California, Nevada Properties.

In another report, Realtor Rob Jensen, CEO of the Rob Jensen Co., said the ultra-luxury market has been especially strong during the first quarter of 2021 with 40 sales of more than $2 million, compared with 14 during the first three months 2020.

The latest ultra-luxury sale closed April 2 at 1701 Enclave Court in the exclusive Country Club Hills. The property belonged to Jerry Herbst, the founder of Terrible Herbst gas stations, who died in 2018.

Clark County records show the new ownership under Brett C. White Trust and Mark Kirkish as a trustee. White is an executive with Rite-Hite, a Milwaukee-headquartered company that manufactures loading dock equipment, industrial doors, safety barriers, industrial fans and other products. Mike White is listed as the owner, and Kirkish is listed as the chief financial officer.

Enclave Court is next to TPC Summerlin golf course, which hosts an annual PGA Tour event, and is known for its wealthy homeowners over the years, including magician David Copperfield, former Wynn Resorts CEO Steve Wynn, former gaming executive Barry Shier, the Fertitta and Herbst families. Wynn had listed his home for $25 million but has taken it off the market, according to Realtor Ivan Sher of the Ivan Sher Group with Berkshire Hathaway HomeServices Nevada Properties.

“It’s not publicly on the market right now, but he would consider selling it at the right price,” Sher said. “We’ve had some great offers, but he wasn’t ready at the time.”

The previous most expensive sale of 2021 was for $8.25 million at 23 Hawk Ridge Drive in The Ridges in Summerlin. The two-story, five-bedroom home with a seven-car garage measures 10,933 square feet. The sale closed Feb. 10 with Sher at the listing agent.

The record set in 2020 was $14.5 million for a 14,464 square-foot home on 1.65 in The Ridges in Summerlin. The buyer wasn’t disclosed but listed in county records as LV Raiders LLC. Sher’s group represented the buyer and seller in that transaction and appears ready to set more records in 2021.

Sher said Wednesday he has a home on Enclave Court in which the sale is pending for $12.85 million. He said he has another Enclave Court home that is expected to go under contract soon for an even higher price.

So, the current record holder until Sher officially closes on his home is Realtor Don Kuhl with Synergy Sotheby’s International. Kristen Routh Silberman of Synergy Sotheby’s was the buyer’s agent. The home measures 13,349 square feet with four bedrooms and seven bathrooms on more than 2 acres along TPC Summerlin.

The listing described the home as inspired by Frank Lloyd Wright’s Fallingwater design and “perfect for entertaining guests and family.” It has more than 2,200 tons of ledge stone.

Waterfalls and gardens run throughout the property. The home has vaulted-box, exposed-beam ceilings with recessed lighting. It has a pool and four-car garage.

Kuhl and Routh-Silberman said a nondisclosure agreement with the buyer and seller prevents them from saying much about the transaction.

“It’s a signature home in the Enclave,” Kuhl said. “The seven homes that are in there are quite significant in a significant area. It is a great unique home. It’s a lush and lavish home. With that backyard and lot, it doesn’t feel like Vegas by any means. It’s an oasis.”

Kuhl said the luxury market shows no signs of slowing with people relocating to Nevada from outside the state. People are clamoring to buy existing luxury homes and buy lots to build new ones, he said.

“We’re in a whole different realm these days,” Kuhl said. “Our migration has expanded so greatly. It used to be Southern California was our bread and butter, but now we got people from Washington state and Northern California and Chicago. These are things we haven’t seen, and they are all looking at us. We’re like the last bastion of state income tax haven. And our quality of life relative to the price is tremendous.”

Kuhl said he’s worried about a lack of inventory of new and existing luxury homes for the buyers coming to the marketplace.

“We’re going to have this gap, and it’s a real problem,” Kuhl said. “This is happening, and we need to lay the groundwork for this next phase of continuous growth. We’re now at the big-boy table. We have pro sports. We need to demonstrate we can handle it.”

Routh-Silberman said anything that is new and modern is being gobbled up by buyers and agreed with Kuhl that the market is going to need to step up to fill the supply.

“We could keep this going, but we need more inventory,” Routh-Silberman said.

The Richard Luke Collection of 10 homes for 2021 in MacDonald Highlands has sold out, Routh-Silberman said.

“We have to find new lots and build more houses,” said Routh-Silberman, the broker for MacDonald Highlands. “People are coming in who want beautiful grounds and beautiful estates.”

Luxury builder Blue Heron’s MacDonald Highlands project of seven homes, called the first phase of Equinox, has sold out, and a second phase of seven custom homes is being built and placed on the market. They will range from $5 million to $12.8 million.

Blue Heron is doing another project, called Dragon Rock, at MacDonald Highlands of semi-custom homes. It will have 50 homes with prices from $1.5 million to $3.5 million. Some 15 lots have been sold.

Routh-Silberman said there has been a lot of interest in MacDonald Highlands from athletes, singers and other celebrities.

Overall, Jensen said there were 333 sales of single-family homes of $1 million and higher compared with 133 sales in the first quarter of 2020. COVID-19 had the biggest impact on the real estate market in the second quarter.

Barbee said it’s amazing how the luxury market continues to explode in the past nine months during the COVID-19 pandemic. The closing numbers were stuck below 100, which were in record territory for many months, before skyrocketing to as high as 170 in March.

“We’re seeing that in every market in Southern California and Phoenix,” Barbee said. “There’s people that feel their money will do better for them in real estate than the stock market despite the stock market is going well. You’re seeing some of that. People might be concerned the next step Congress could take with capital gains taxes and getting ahead of it by getting into real estate.”

Prices continue to escalate with prices up 11 percent in 2020 and already up 12 percent through the first quarter, Barbee said.

“It’s not that long ago that there were two to three years of inventory of luxury homes,” Barbee said. “They had to be priced competitively because there were fewer buyers and the homes were old and were competing with new homes. Now that the buyers are there, we are down to three months of inventory. The luxury market has transformed itself where sellers have a negotiating advantage.”

Barbee said the luxury market appears to continue being driven by the mindset of people that because they don’t need to be in an office every day and work from home, they can live where they want.

“There’s this sense of freedom that they’re not tied geographically to their job,” Barbee said.

Jensen said that the luxury numbers are amazing and that high demand is continuing even with a low supply. 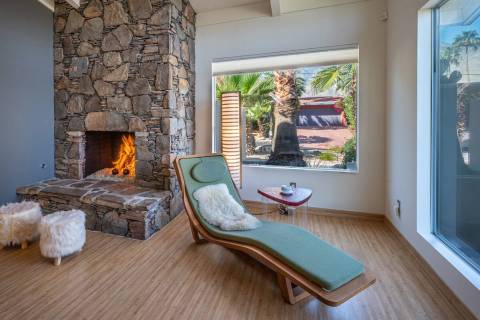 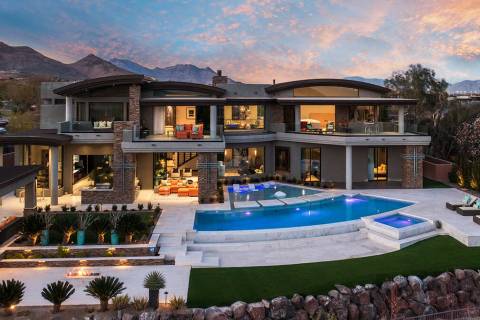 Las Vegas and Southern Nevada had a record 218 luxury resales in April, led by a $9 million sale, and a high-profile $3 million purchase in Summerlin by the daughter of the late Los Angeles Lakers owner Jerry Buss. 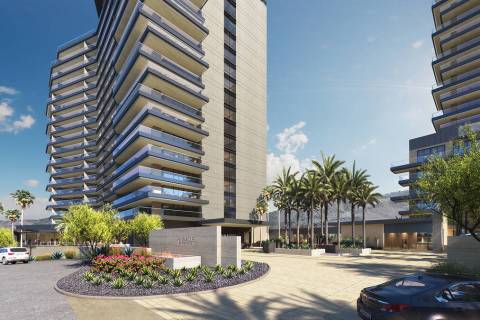 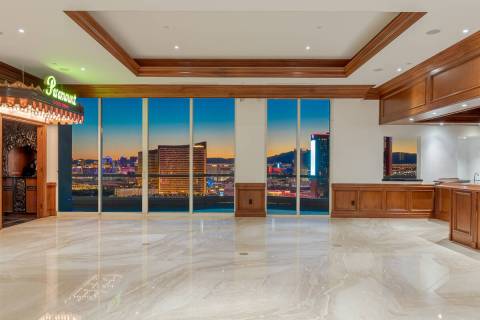 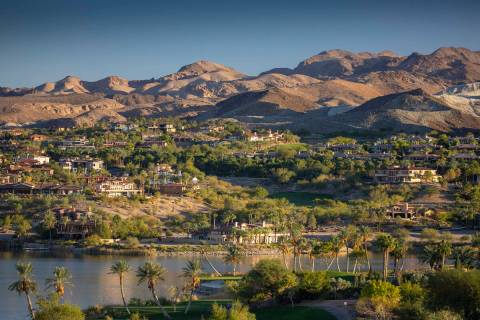 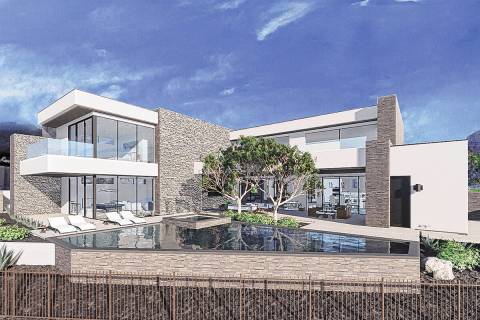 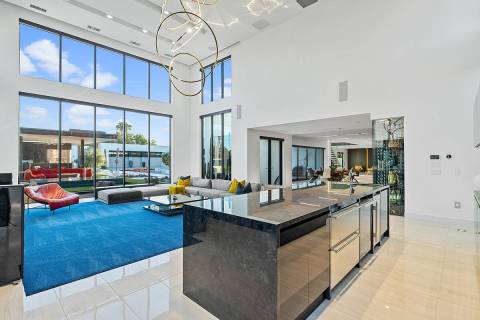 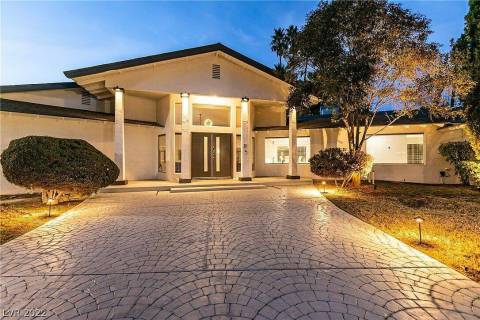 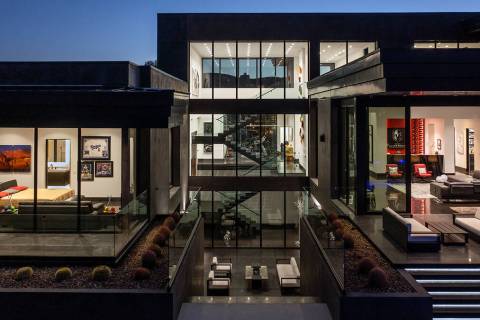