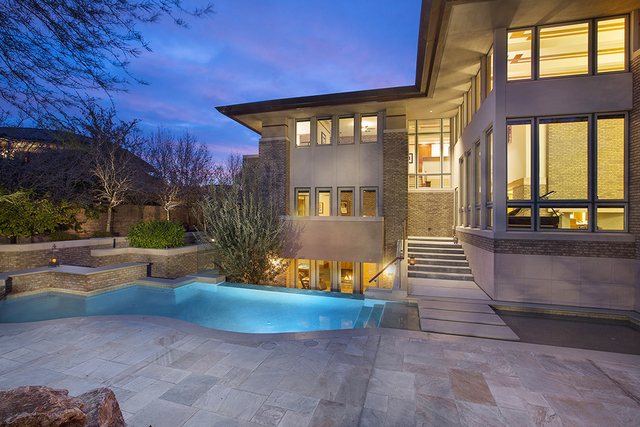 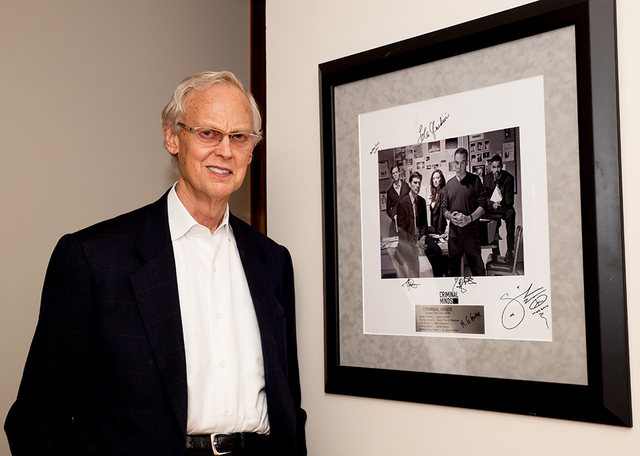 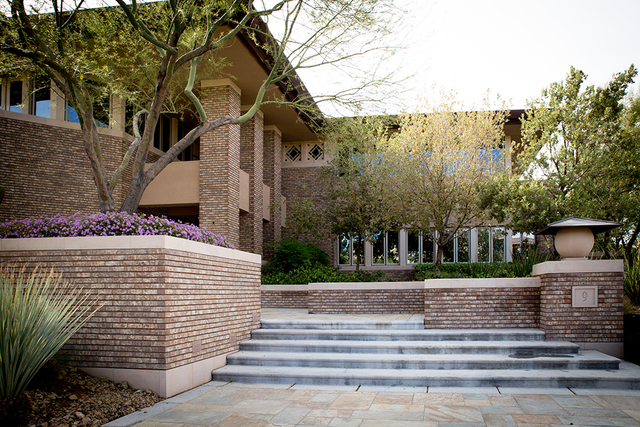 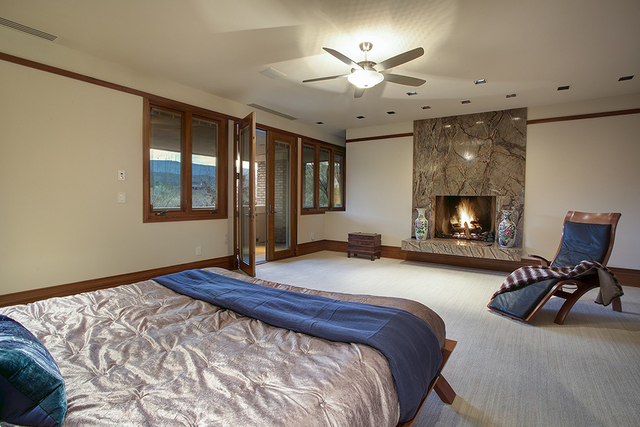 The master suite has a private balcony. (COURTESY OF SYNERGY SOTHEBY'S INTERNATIONAL REALTY) 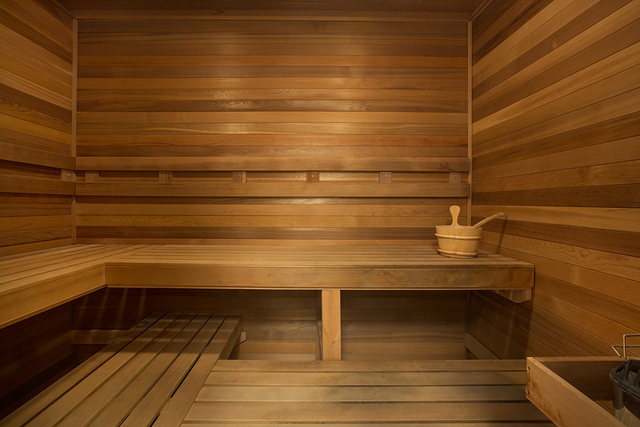 The home has a sauna. (Synergy Sotheby's International Realty) 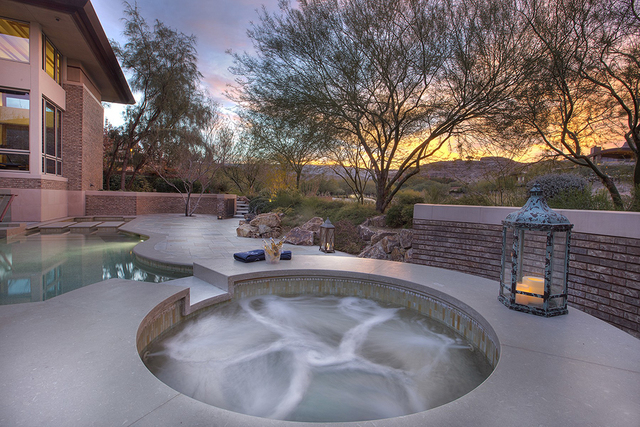 There is an outdoor pool and spa. (Synergy Sotheby's International Realty) 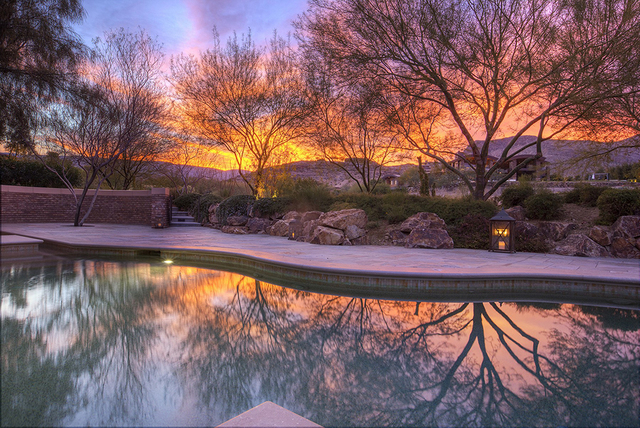 The Ridges home, which is owned by longtime Las Vegan and attorney John Gubler, has views of the Spring Mountains, Strip and golf course. It's listed from nearly $5 million. (Synergy Sotheby's International Realty) 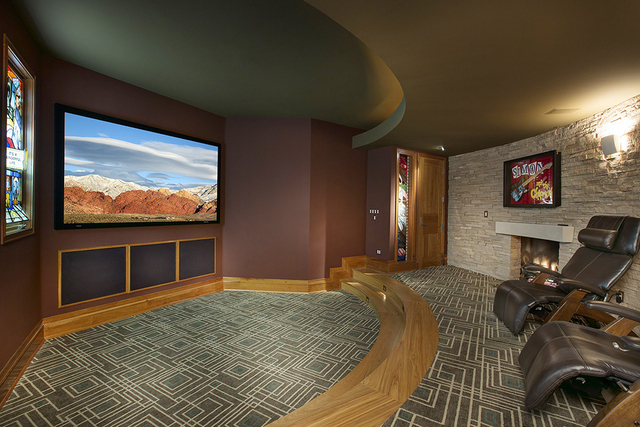 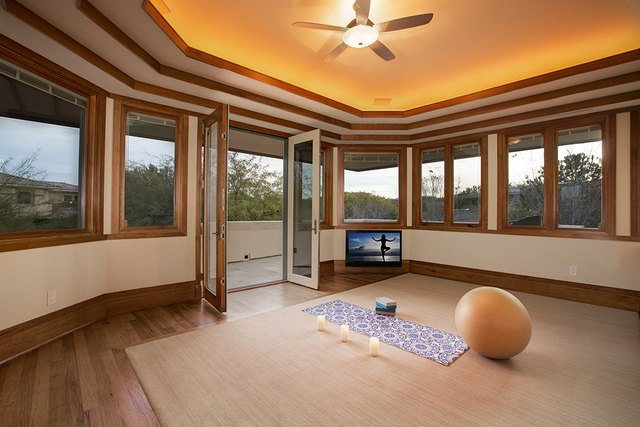 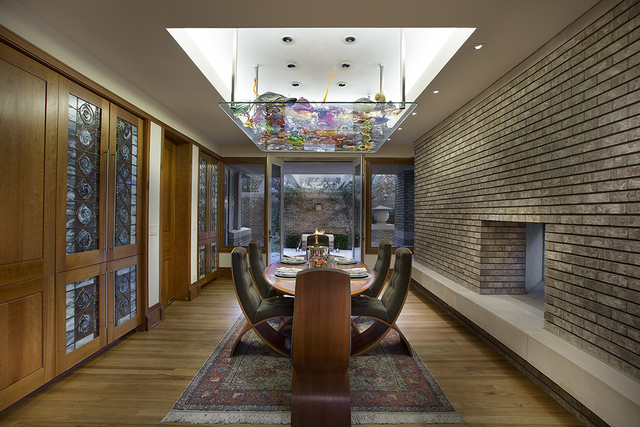 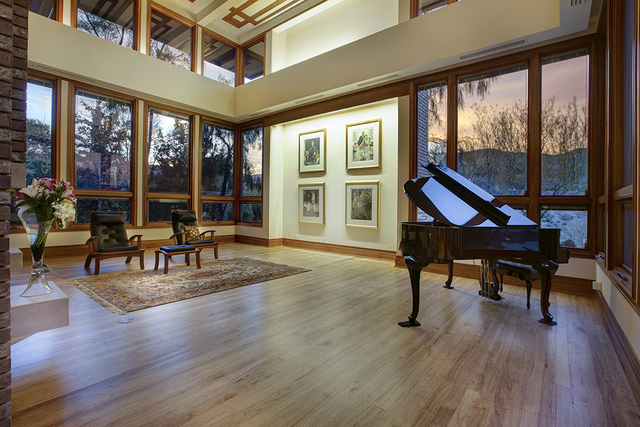 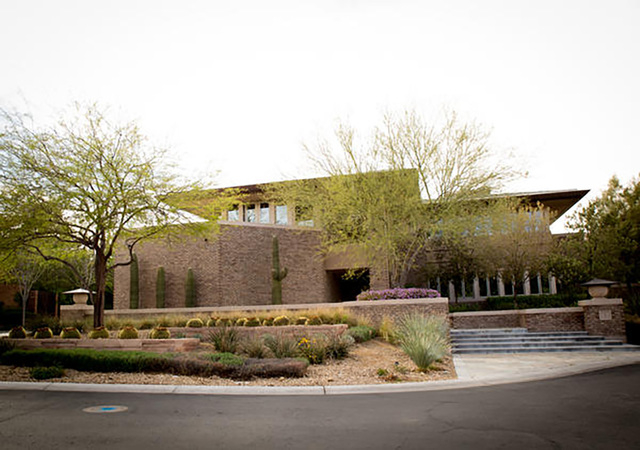 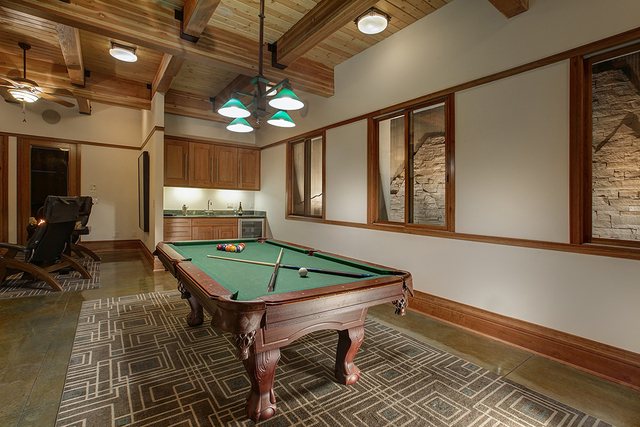 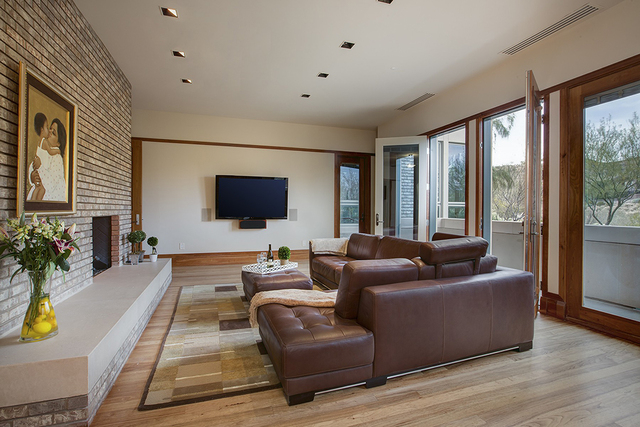 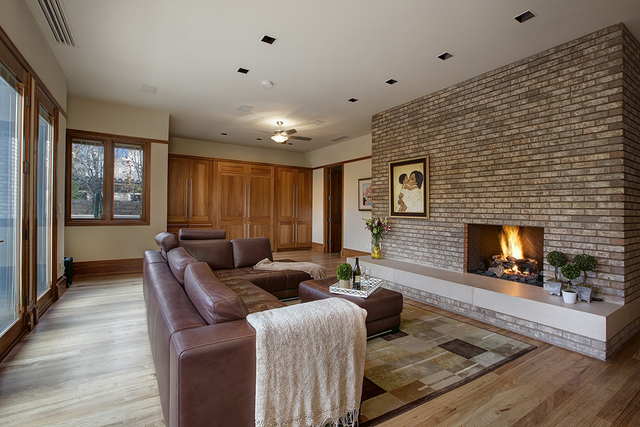 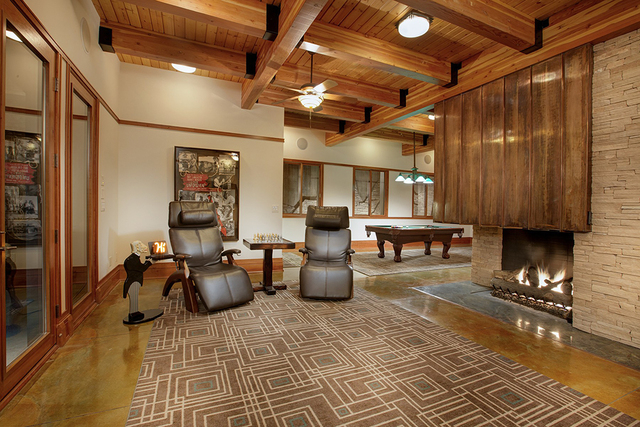 The game room has a fireplace. (Synergy Sotheby's International Realty) 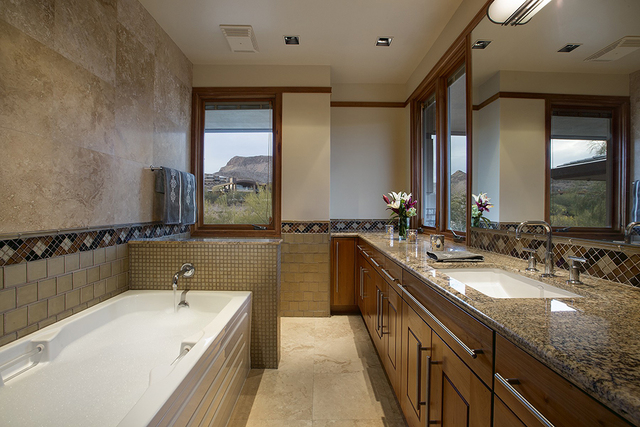 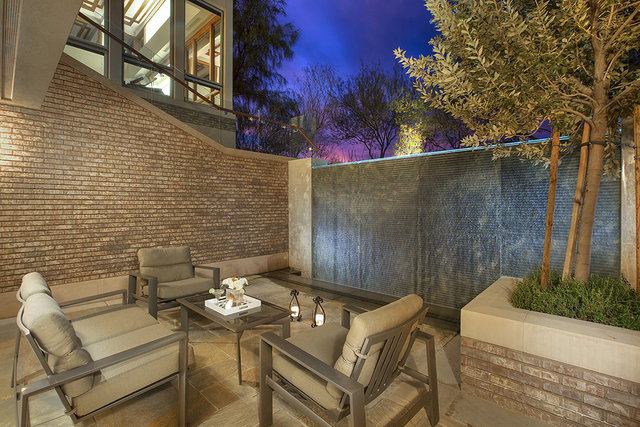 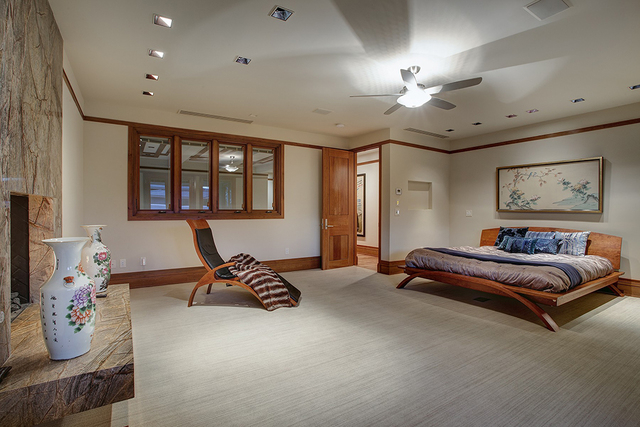 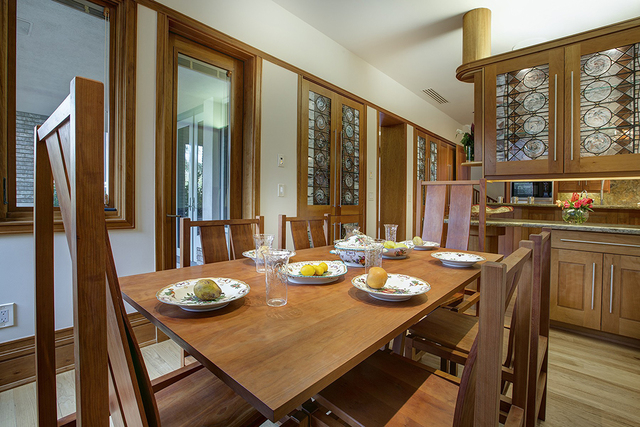 A breakfast nook near the kitchen. (Synergy Sotheby's International Realty) 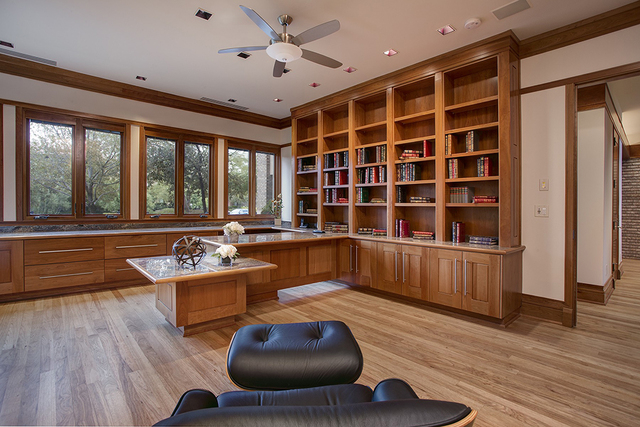 The home has a large office. (COURTESY OF SYNERGY SOTHEBY'S INTERNATIONAL REALTY) 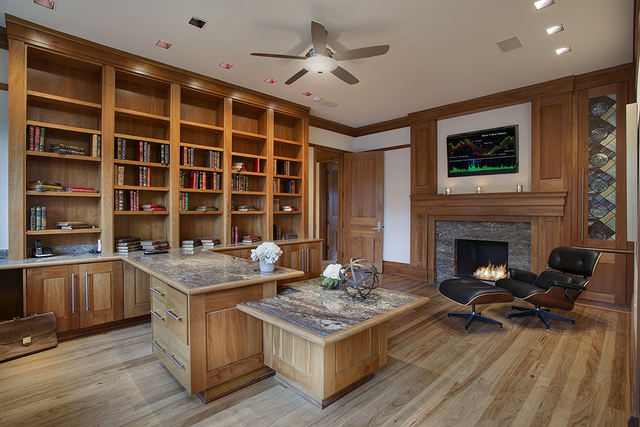 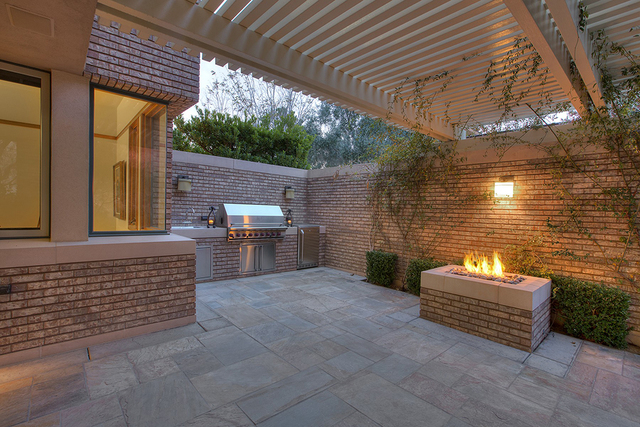 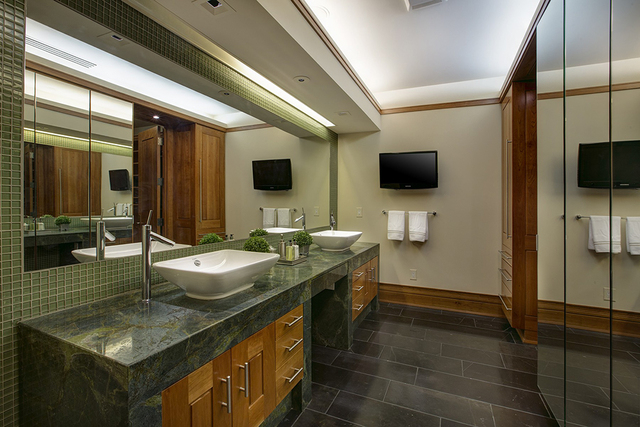 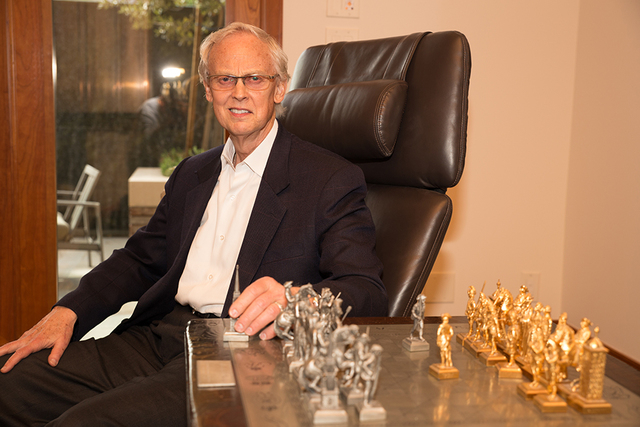 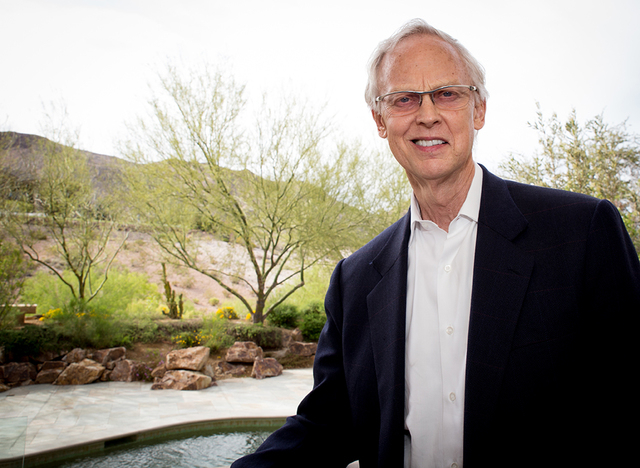 John Gubler, a Las Vegas Valley attorney of 45 years, is a native of the city. (Tonya Harvey/Real Estate Millions) 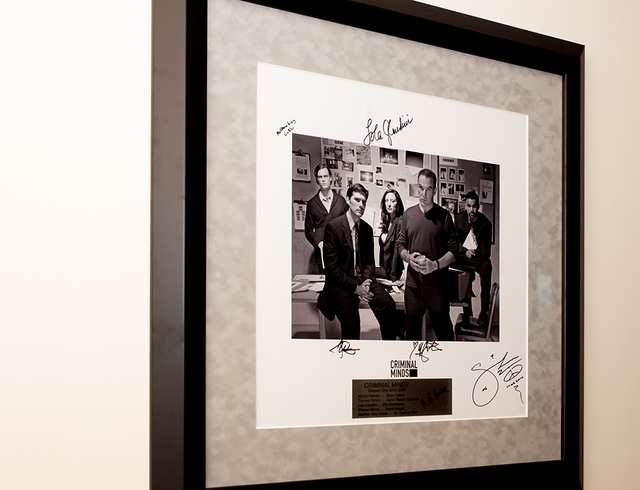 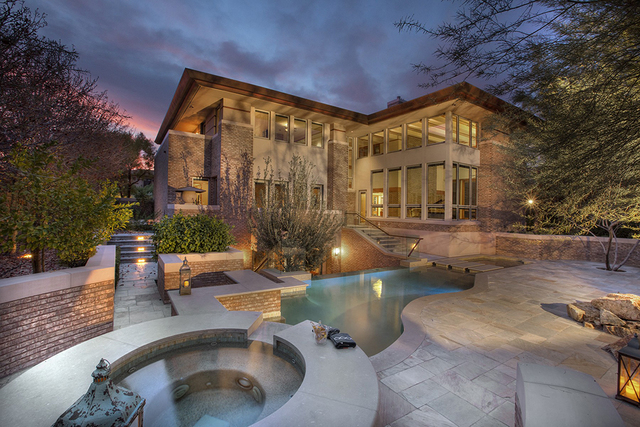 Property records for 9 Wild Ridge Court in Promontory Pointe within The Ridges village in Summerlin shows a rather unique, but familiar, name: Gubler.

Longtime Las Vegans may recognize it as belonging to Las Vegas native John Gubler, a Las Vegas Valley attorney of 45 years whose father was an attorney at the time when Las Vegas had less than 10,000 residents.

Others may connect the name to his wife, Mollie, daughter Laura or son Gray. Others may recognize it from John’s other child — actor Matthew Gray Gubler who has portrayed the brilliant, yet socially awkward, Dr. Spencer Reid on CBS’s “Criminal Minds” since 2005 and completed other projects such as the “Alvin & the Chipmunks” movie series as the voice of Simon.

Interestingly enough, Matthew Gray Gubler’s “Criminal Mind” character grew up in Las Vegas, just like he did. In fact, his TV father is a Summerlin executive.

The nine-year process to create a ‘peaceful’ home

John Gubler reminisced about the good old days growing up in Las Vegas and the city’s tremendous growth over the years while standing on a backyard terrace and looking out at the Spring Mountains of Red Rock Canyon National Conservation Area, desertscape and the golf course that sits behind his home. He remembers when the road ended near Charleston and Decatur boulevards when Summerlin first broke ground, and when his home lot was just dirt.

“What I love about our home is the lot. We looked at all of the home sites in The Ridges back in 2001 before choosing this one for the views. The back of the home faces the mountains, the nature. With all of the big windows, the terraces and the swimming pool and backyard area, you can enjoy the feeling of the outdoors. … It’s peaceful, calm. You can relax here.”

“I remember playing golf at Red Rock County Club and looking out to see our lot and watching our home being built,” Gubler said. “We obviously took our time to design and build the home. In the end, it was worth it and we’re glad that we did it because of the way the home turned out.”

Listed for sale for $4,950,000 through Dale Thornburgh and Kristen Routh-Silberman of Synergy Sotheby’s International Realty, the residence features five bedrooms; 5½ baths; four-car garage; and a backyard ideal for relaxing with its infinity-edge swimming pool, spa, waterfall granite wall along a private sitting area, and outdoor kitchen.

The natural elements of wood, stone and brick are incorporated throughout the interior — on walls, including the two-story wall behind the living room fireplace — which gives the home a natural, artistic feeling and brings the outdoors inside the home.

“My son Matthew joked about having a fireman’s pole from the top floor to the bottom, but we didn’t do that,” Gubler quipped with a chuckle.

This, of course, would not fit in with the Frank Lloyd Wright design aesthetic. Instead, a grandiose staircase highlighted by cherry railings and wooden steps allows upstairs access as does an elevator (although sliding down one might be a quicker method to get downstairs).

Artistic elements are interwoven throughout in the form of glass and stained glass by Utah artist Tom Holdman.

Inside the elevator is a stained-glass wall showing mountains, a river and waterfall, a design that Gubler says is similar to that of a visitor center in St. George, Utah.

Perhaps it is the downstairs home theater where personality through glass art shines. A colorful 3-D stained-glass, movie-themed window features theater masks, scrolls of film and a 3-D popcorn box. On the opposite wall hangs a framed, movie theater-theme custom piece reflecting the family members’ different tastes in film.

“This piece shows a movie theater, and that guy at the ticket booth is supposed to represent me,” Gubler said with a laugh. “There are signs for different movies that we like. ‘The Cabinet of Dr. Caligari’ reference is for Matthew, ‘Star Wars’ is for our son Gray, and ‘White Nights’ is for our daughter Laura. We have ‘To Kill A Mockingbird’ because it is one of my favorite movies, and ‘It’s A Wonderful Life’ and ‘Sound of Music’ are for me and Mollie.”

Another custom piece of art — that of a guitar with a nod to Simon and the Chipmunks for son Matthew’s voice work as the brainy chipmunk — once hung along the home theater’s stone wall but was recently removed as it is not for sale.

Other movie and television memorabilia and pieces of art are seamlessly incorporated into the home’s design — including a framed autographed photograph of “Criminal Minds’”’ first season cast, a U.S. bicentennial chess set, “Rocky” poster and framed memorabilia of the classic “The Unforgiven” featuring Burt Lancaster and art by Margaret Keane.

Gubler is quick to compliment architect Edward DeLorenzo and landscape architect Dick Glanville for the home’s luxury magazine-quality look. The use of wood and stone, the clean aesthetic lines and stained glass are inspired by acclaimed American architect Frank Lloyd Wright (1867-1959).

“This is probably the first Frank Lloyd Wright-inspired home that I’ve designed,” said DeLorenzo, who is now retired. “I didn’t do a lot of residential work, but I designed John’s first home, and it was a ‘country’ flavor but it wasn’t quite as focused on the Frank Lloyd Wright style as his house in The Ridges.”

So what makes this home Frank Lloyd Wright style?

“It is a prairie-style home in the vernacular of Frank Lloyd Wright. This style is pretty unique to Las Vegas,” DeLorenzo explained. “What is meant by the ‘prairie-style’ is the long deep overhangs, the bands of windows and the horizontal tracery inside and outside of the building. It is all brick on the outside with cast-stone ornamentation, with the cast-stone base and sills picking up the horizontal tracery.

“Cherry wood was kind of the driving material in the house, and it is used in the cabinets and the trim that runs all through the house,” DeLorenzo said. “Another takeoff of the Frank Lloyd Wright theme is the use of leaded glass in the doors and cabinet doors inside the house.”

DeLorenzo says that the residence has a nice flow.

“From my point of view, the home flows well as it opens up to the bands of windows and the large two-story windows. With these windows, the home is open to the outside but private within,” DeLorenzo said. “It is a private home that opens to the golf course and from the upstairs bedrooms you can get a peek of the Strip.

“I am pleased with how the home turned out and the way it flows from the public area to the private areas to the semiprivate areas. When you enter, the entryway is somewhat excluded and then it explodes into a two-story living space and the master bedroom has its own private balcony. Those are some of those things the Gublers were looking for.”

The decision to sell

Despite the lengthy design-and-build process and obvious pride with the end result, the Gublers are ready to sell. After its completion, they had moved in for a while, before moving and renting it out. Now the renters are gone.

“Our children are all grown, and the house seems to be big for just the two of us,” Gubler explained.

They are in a unique position — they never sold their original house, the house built with the help of DeLorenzo in 1979, the home is just over one-third the size of the one on Wild Ridge Court. It is a home that also provides a sense of calm since it abuts The Springs Preserve and is full of family memories.