The sales of existing luxury homes in Southern Nevada remain strong and show no signs of slowing through the end of the year as the influx of Californians buying properties continues.

The trend should remain steady as the rest of the market shows declines. That is testament to the strength of the luxury market, analysts and Realtors said. There were 235 luxury resales in 2017, including some condos. That means a 16 percent gain over that period.

“People that have that kind of money are usually going to be affected less by a downturn in the market than the average Joe,” Home Builders Research President Andrew Smith said. “I don’t see any reason why that should change over the short term. I would imagine (Californians) relocating here is a big part of that.”

Kristen Routh-Silberman, a Realtor with Synergy Sotheby’s International Realty, said that through the end of July, statistics of sales done through the Multiple Listing Service show there were 299 sales of $1 million and above.

There are plenty of properties for people in the market looking for a luxury home.

Forrest Barbee, a Berkshire Hathaway HomeService broker who deals in luxury homes in California, Arizona and Nevada, said there are 63 existing homes on the market of $5 million and above. There are 574 of $1 million or more, Barbee said.

Ken Lowman, broker-owner of Luxury Homes of Las Vegas, said that there is a steady stream of buyers and that he expects the stream to continue through the end of the year because of the growing supply of existing luxury homes from which to choose.

Some people moving into the marketplace are willing to buy what’s available on the resale market and renovate it to meet their needs rather than wait out what can be built in the new-home market, Barbee said. Luxury buyers are attracted to the existing-home market though many prefer a more modern look than some of the Mediterranean-style homes that once dominated the landscape.

“If the new-home market was catering to the needs of buyers by having enough product available, that would be tougher on resales, but it’s not,” Barbee said. “This luxury market continues to hold its own no matter what else is going on. There’s a lot of activity going on here, and we’re seeing this resurgence of rock stars taking up residence here, and that means some of them and some of their entourage are buying here. There’s Lady Gaga and others.”

Routh-Silberman said she expects this to be one of the strongest luxury sales years in Las Vegas history.

Normally, it’s slow during the summer heat and picks up again in the fall, but she has a $5 million offer on an existing home in MacDonald Highlands in Henderson from a California couple with a beach house who plan to make this their primary residence. She said some existing homes have an advantage over others.

“I think remodeled existing homes sells over ones that are not remodeled” Routh-Silberman said. “We can’t design and build homes fast enough. If given the choice, people want a house new, but there’s no new product.”

Existing-home sellers should be looking for ways to upgrade their luxury houses if they want to sell them. They need to bring their house up to par and not let it look like it’s worn out. They need to paint and upgrade the fixtures and “not leave people with a honey-do list; and make it so the next buyer feels exactly the way they did when they bought their house.”

Routh-Silberman said the biggest demand is for homes in the $2 million to $3 million range, and those can sell between three and nine months. Homes priced more than $4 million can take two years.

“Once you go over $4 million it’s tough,” Routh-Silberman said. “We’re going to start to see that because the houses that cost $3.5 million cost $4 million to build now. Everything costs more than two years ago.” 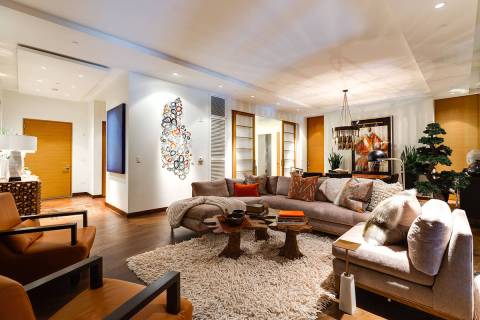 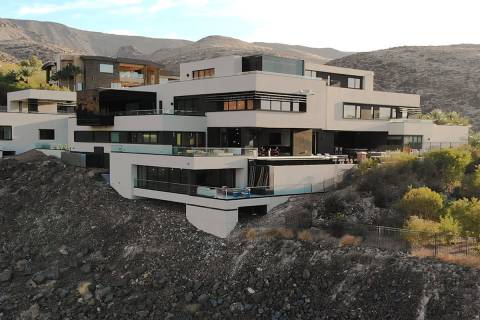 The red-hot luxury real estate market that continues to set monthly records has matched the second highest sale of the year and recorded the highest sale in Henderson in 13 years.. 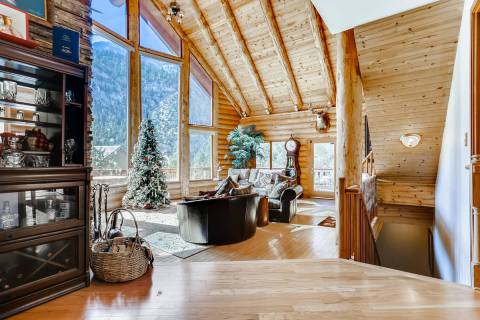 Decorated for Christmas year-round, the cozy, hand-hewn pine log lodge depicts the magic of the season with gorgeous holiday décor throughout. 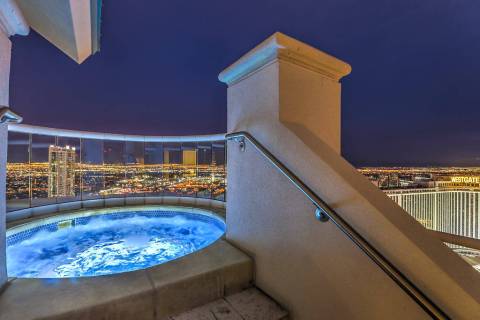 “We look for something that is unique,” Barbara Woollen said about their investments. “The penthouse at Turnberry is very unique. There aren’t too many properties that are two-story and have that much deck space with its own pool and Jacuzzi.” 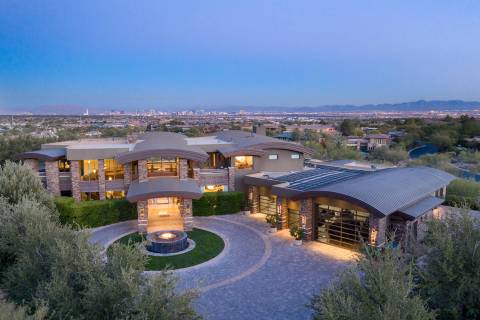