A public task force has been created and will be led by Caleb Cage, chief of the Nevada Division of Emergency Management, to improve the state's oversight of casino emergency response plans. (Michael Quine/Las Vegas Review-Journal) 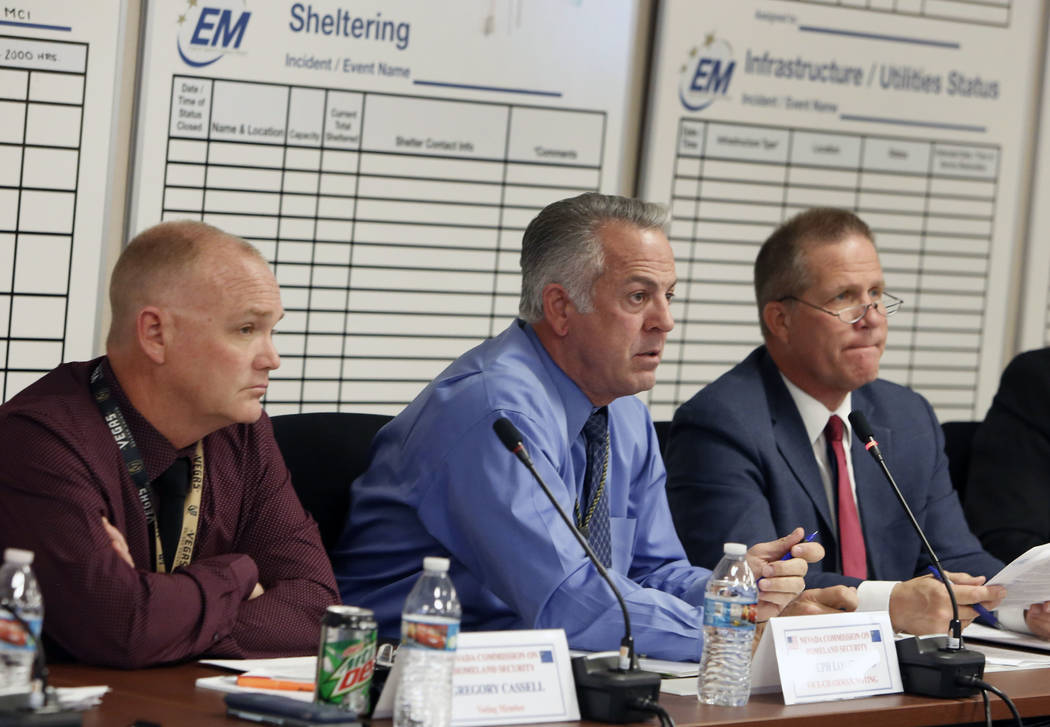 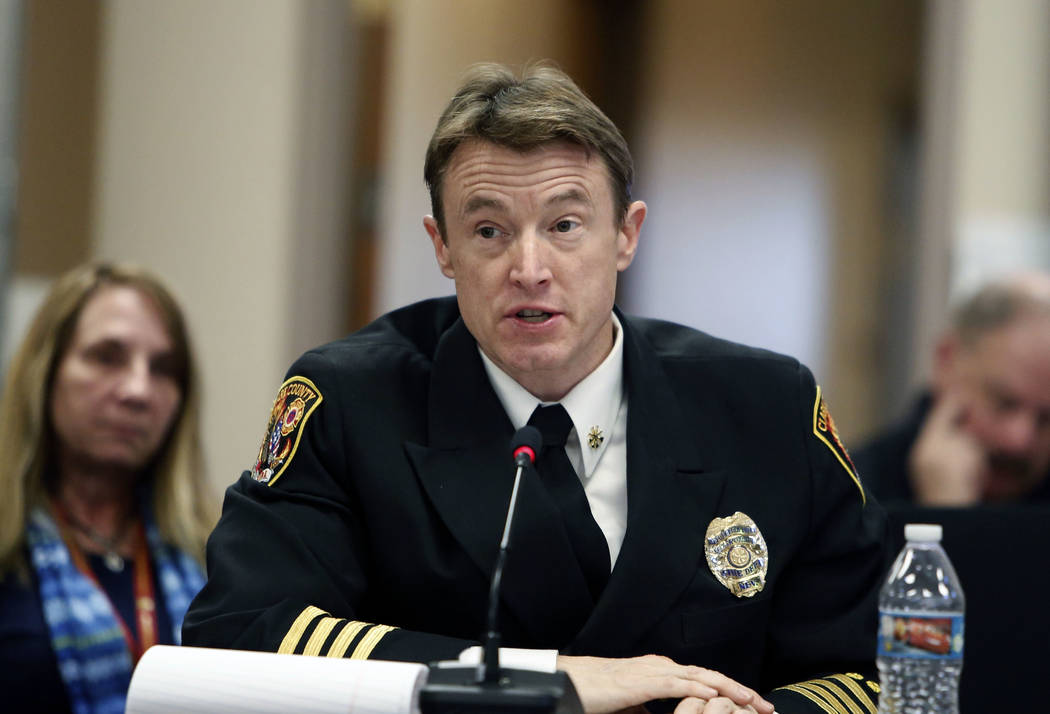 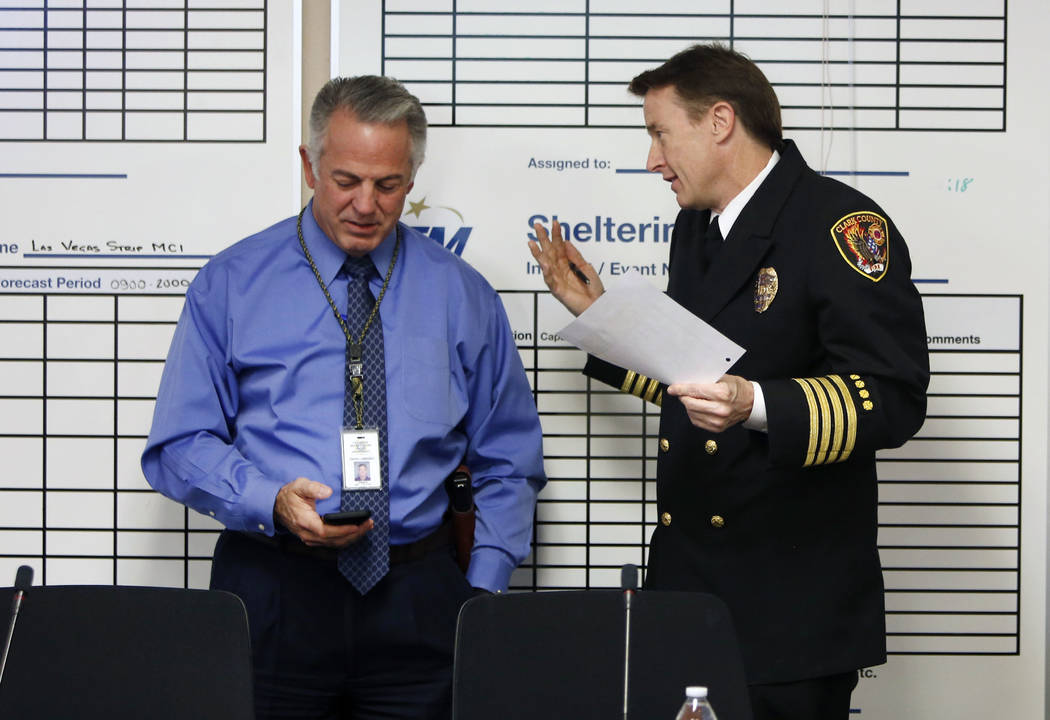 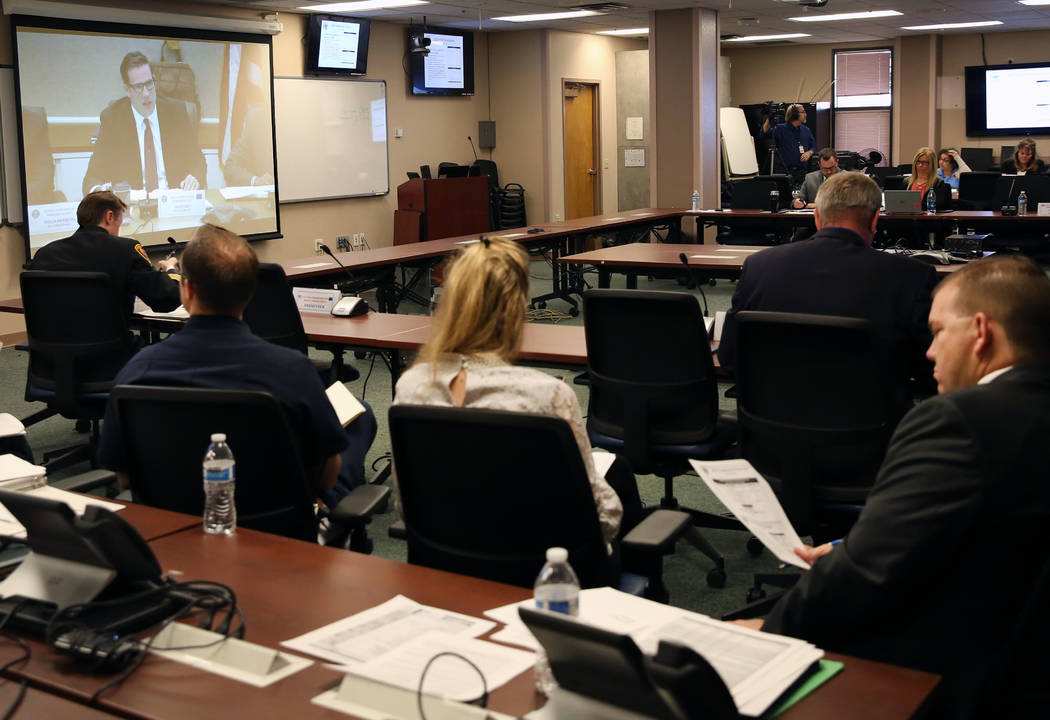 The effort is a result of a Review-Journal investigation last month that found the Nevada Division of Emergency Management for years had not reviewed the plans for most casinos in Nevada, including Mandalay Bay.

The task force will conduct its first meeting next week, Caleb Cage, the division’s chief, told members of the Nevada Homeland Security Commission on Monday.

“We recognize that there was a deficiency here, and we have an aggressive plan to make sure we have the most up-to-date and best quality plans possible,” Cage said after the meeting.

Cage, who has been at the helm of the Division of Emergency Management since July 2015, is leading the effort to overhaul the process and make the plans more useful as casinos and authorities face increasing threats of domestic and international terrorism.

The Review-Journal reported last month that state officials had been lax in forcing casinos in Las Vegas and across Nevada to comply with a 2003 law that requires resorts to file the emergency plans. The law, enacted after the Sept. 11, 2001, terrorist attacks, has no enforcement measures.

Most casinos on the Strip had not updated their emergency plans with the state since 2012, and more than two dozen large Las Vegas casinos had not revised plans since 2008, the story reported.

There is no evidence that the state oversight lapses contributed to the shooting deaths or injuries at Mandalay Bay, where a sniper armed with high-powered rifles used a 32nd-floor suite to attack an outdoor concert across the street, killing 58 people and wounding hundreds more.

Gov. Brian Sandoval told the Review-Journal this month that revamping the review process has become a priority for him in the aftermath of the Strip massacre and the newspaper’s story.

“I don’t think there’s any argument that this is something we all need to do,” said Sandoval, who chairs the Homeland Security Commission.

Responding to questions from Sandoval at Monday’s homeland security meeting, Cage said he was considering recommendations to improve the 2003 law. That would include giving the Division of Emergency Management the ability to enforce the law and requiring casinos to file response plans every year.

The task force, which will meet for at least three months, will look to come up with a model emergency response plan for all casinos to consider, Cage said.

The panel also will look for ways to improve communications between emergency managers and casino security officers who deal with the plans.

“We want to use the network established by this task force to make sure we are identifying the specific points of contact,” Cage said after the meeting.

Following Review-Journal inquiries in late November, Cage sent letters to 88 resorts in the state urging them to file or update emergency plans.

By Monday, all but four had responded, Cage said.

Those casinos will be referred to the Gaming Control Board, which regulates the casino industry, for possible disciplinary action if they do not respond to the latest letter seeking their plans, he said.