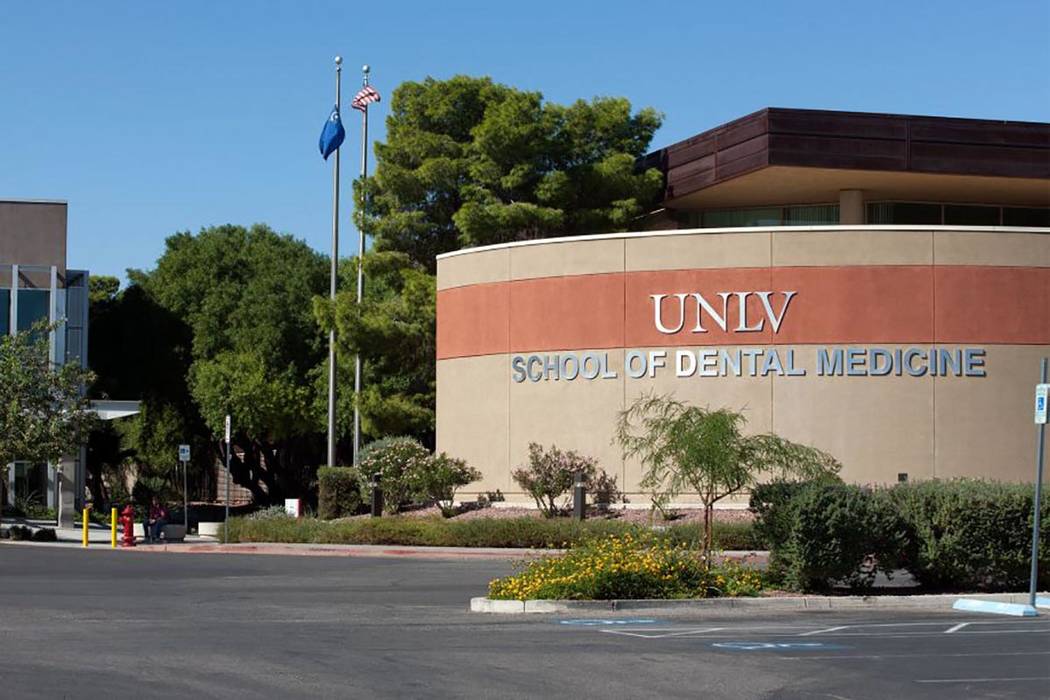 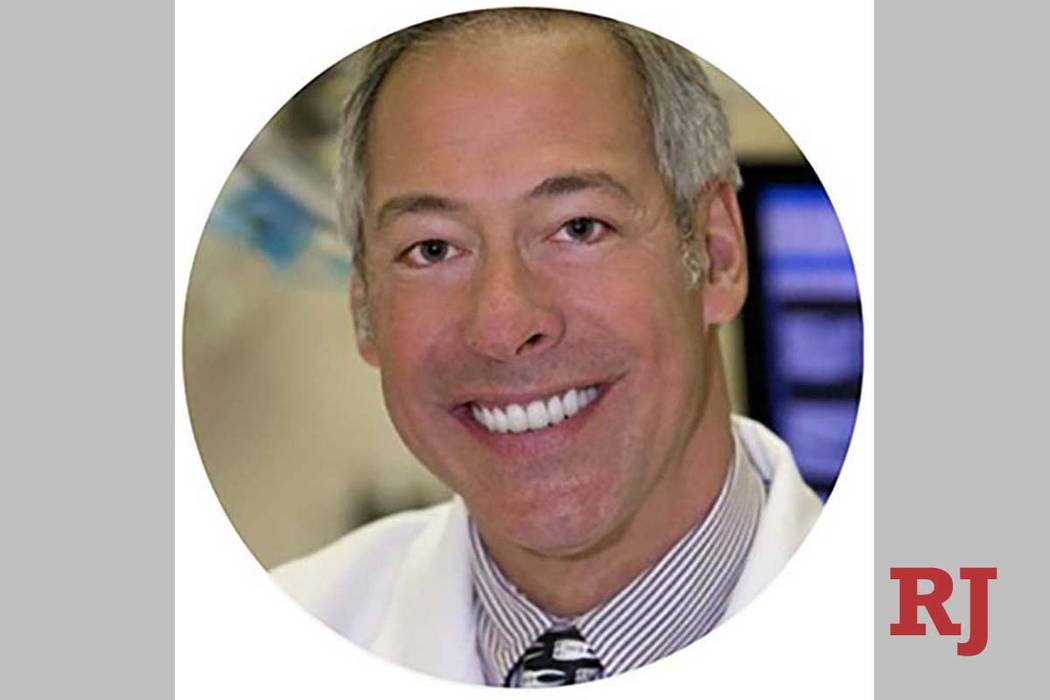 University of Nevada Las Vegas paid more than $350,000 for an audit of Dr. Phillip Devore's use of dental abutments, but refuses to release the report more than a year after it was completed. (PhillipDevore.com) 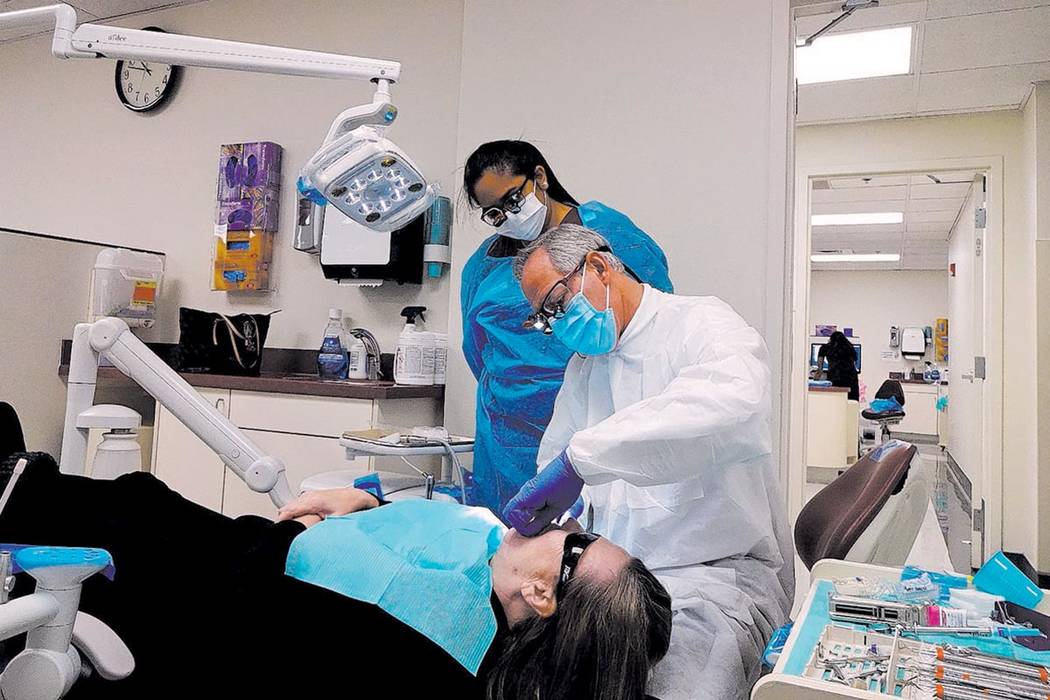 Billing irregularities at the UNLV dental school might have resulted in patients and insurance companies being overbilled by thousands of dollars, new documents show. But the school has refused to disclose the details of a completed, publicly funded billing investigation.

The school paid a law firm $366,000 to investigate billing practices at the Faculty Dental Practice that Devore ran but has repeatedly refused to make the results public, records show.

Data going back to 2012 and other records also raise questions about UNLV’s billing for other school dentists, including some patients billed for both a surgical and simple extraction of the same tooth.

A half-dozen former staff members, most of whom spoke on the condition of anonymity, said billing irregularities were widely known and that dental school Dean Karen West, who has since left the school, should have stopped them.

“I just heard some issues about inappropriate billing,” said Charles Hatley, an associate professor who said his contract wasn’t renewed last year. “That’s something the dean should have taken care of. That was her responsibility.” Hatley taught at the school and was part of the faculty practice.

UNLV provided the Review-Journal with data in June 2019 that initially showed Devore only performed two surgical extractions and about 500 simple extractions in his four years at the school.

But after the Review-Journal requested detailed billing data, an analysis found the school billed Devore’s patients and insurance for at least 790 surgical extractions and about 270 simple extractions from 2014 to 2017, when he left.

On average, a simple extraction costs a patient, or an insurance company, about $42, while a surgical extraction on average costs $113 with some exceeding $300. The number of surgical and simple extractions performed in Nevada are roughly the same, data from Medicaid and most of Devore’s colleagues show.

How the data analysis was done

The Review-Journal requested actual billing data by patient number, procedure code, provider and cost to patient — and his or her insurance. Reporters were able then to determine how many surgical and simple extractions the school billed for each dentist.

Devore, who is in private practice in Las Vegas, said in an interview that he knew little about the school’s billing practices and just provided his charts to the billing department. He repeatedly said he only billed for procedures he performed.

“I absolutely did not upcode anything,” Devore said. “Just providing good service was enough to generate plenty of revenue.”

The dental school has nearly 70,000 patient visits a year, and many of them are indigent or have low incomes.

The billing data come on the heels of controversy about Devore’s reuse of single-use healing abutments, unjustified payments to one of the school’s top dentists and the failure to release the law firm’s investigation into the school’s billing practices.

Current UNLV dental school Dean Lily Garcia would not agree to an interview, but spokeswoman Cindy Brown issued a statement saying Garcia is “reviewing all processes and business operations.”

West, the former dean who left in June 2019 and took a lucrative job as president of the American Dental Education Association, did not respond to repeated calls and emails seeking comment.

In 2017, the school hired Dentons and announced that the law firm would investigate Devore’s reuse of healing abutments.

But a heavily redacted engagement letter obtained by the Review-Journal show Dentons focused on billing practices at the Faculty Dental Practice.

“We understand that the representation would involve performing a privileged investigation and audit of certain allegations made by an internal (i.e. employed) whistleblower regarding certain of the coding, billing and patient care practices of the faculty dental practice plan (“FDPP”) at UNLV’s school of Dental Medicine,” a document attachment stated.

The school initially redacted the entire engagement letter, but released parts of it in response to demands from Review-Journal Vice President of Legal Affairs and General Counsel Benjamin Lipman.

The school also has repeatedly refused to provide any information about what Dentons found in their review, citing attorney-client privilege.

Devore said the school should release the Dentons report and make public any information that doesn’t reveal patient information.

“I believe in full transparency,” he said. “Whatever we did there should have been done correctly. If something was done incorrectly, refunds should be paid if money is due.”

Former staff questioned the number of surgical extractions Devore completed in his practice, saying it was easy to change a simple extraction into a surgical one so the school could charge three times as much.

At UNLV, Devore said he received 40 percent of all fees collected after lab costs, which is standard for dentists at the school. His patients and their insurance were billed as much as $193,000 for about 1,300 surgical extractions in the four years he worked at the school, records show.

Removing duplicate billings for the same patient and tooth, the school billed Devore’s patients and their insurance companies more than $114,000 for 793 surgical extractions and more than $27,000 for 273 simple ones, records show.

Devore said he took many of the difficult cases at the faculty practice.

“The only thing I can think of is I did mostly complex cases, so as result there was a higher percentage that go surgical,” he said.

Records the Review-Journal obtained also show the school billed a Devore patient for a crown that the patient never received.

“As of now Dr. Devore is not there anymore so we will have to find a doctor and also coordinate with business office due to insurance being billed for services not rendered,” the 2017 record, which had the patient’s name redacted, showed.

And in 2015 and twice in 2017, Devore billed for molar root canals, which are often the most expensive root canals, on teeth that weren’t molars, records show.

Devore said he wasn’t aware of those issues and was “dumbfounded” to hear of the problems.

“I just find it hard to believe they would up-charge,” she said.

Las Vegas resident Sarah Goldstein said she was told she needed to have three teeth extracted during a visit to UNLV in 2018, and she said staff told her they would be surgical extractions that cost about $200 a tooth.

Goldstein, who pays for dental care out of her pocket because Medicare doesn’t cover it, said she knew she needed simple extractions and balked at paying for the higher-cost surgical extractions.

“I’m not a dentist, but I knew that they were simple (extractions) and I said most dentists charge $80 to $90 for a simple extraction, so we compromised with the bill that they gave me,” Goldstein said.

Her bill listed Dr. George McAlpine and K. Minor as the dentists on the procedures, according to records she provided. Minor is a dental assistant named Kayla Minor, sources said.

“The only dentist I ever saw was Kerry Davis, and when I got home I recognized that none of the billings showed (him) as the person who had performed the service,” she said.

There was a Leshel Welch who worked at the dental school at the time. But she is not a licensed dentist. She was not on a list of dental assistants the school is required to provide to the Nevada Board of Dental Examiners.

Davis said Welch managed the practice and performed no treatments. “Why her name is on it, I don’t know,” Davis said in a phone interview. “I did all the work.”

Davis, who has since left the school for private practice, said he had to bill under McAlpine’s name because at the time of Goldstein’s procedures, he wasn’t credentialed to be on the insurance plans.

Debra Shaffer-Kugel, who until this month was the executive director of the Nevada Board of Dental Examiners, said that while dental assistants and hygienists can bill under a dentist, the bills should reflect who did the work.

“Billing statements to patients, no matter what the method of payment, should accurately reflect who provided the treatment, the treatment that was performed, the fee for the procedure(s),” she wrote in an email exchange. “Listing the names of other dentists as part of the billing statement in and of itself would not be deemed a violation.”

Shaffer-Kugel was terminated Jan. 17 from her position at the board after a Review-Journal investigation questioned the board’s oversight of dentists and found ethical conflicts among board members.

About two dozen Devore patients were billed for a simple and surgical extraction on the same tooth. And there were nearly 100 instances of billings for different procedures on the same tooth for other dentists at the school.

UNLV spokeswoman Brown said in a statement that billings can change.

“The School of Dental Medicine may bill the insurance company, which sends the billing back to the school for a copy of an X-ray or other information,” Brown’s statement said. “The bill then will be sent again to the insurance (and perhaps the patient for the new balance). Insurance companies or patients also may receive multiple bills representing one charge if the balance remains unpaid.”

Devore said there should be an investigation of billings though he suspects they will all be paperwork errors.

“I would like to find out why that was billed out that way,” he said.

Contact Arthur Kane at akane@reviewjournal.com. Follow @ArthurMKane on Twitter. Contact Michael Scott Davidson at sdavidson@reviewjournal.com or 702-477-3861. Kane and Davidson are members of the Review-Journal’s investigative team, focusing on reporting that holds leaders and agencies accountable and exposes wrongdoing. Support our journalism.