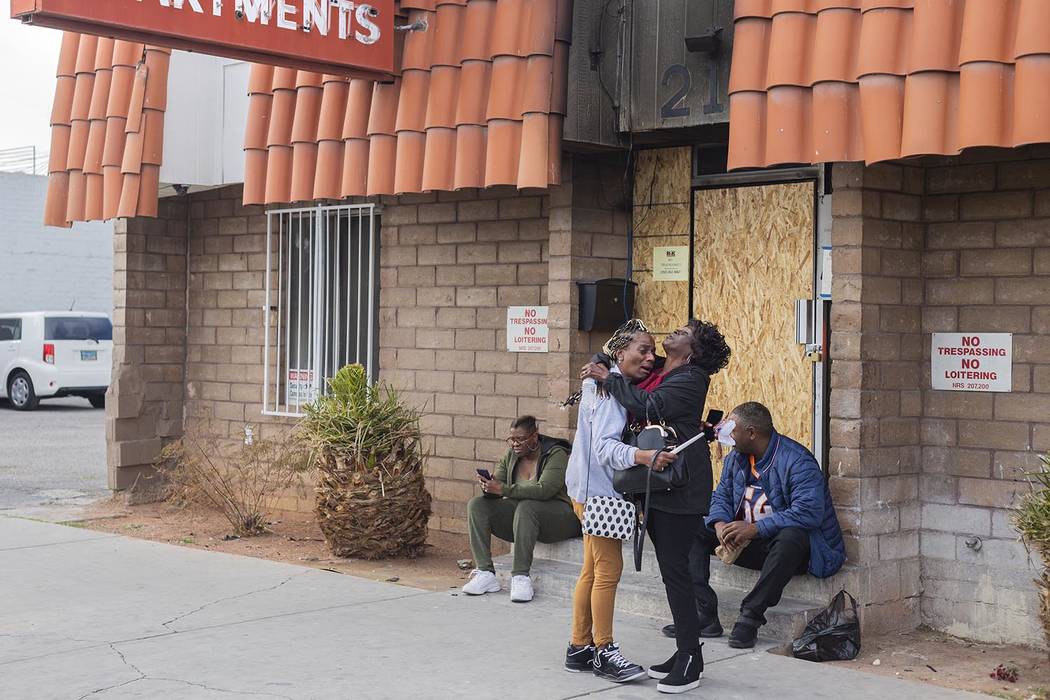 Displaced Alpine Motel Apartments tenants and employees mourn on Tuesday, Jan. 21, 2020 at the apartments during a memorial in honor of the one-month anniversary of the Dec. 21 fire in Las Vegas. (Elizabeth Page Brumley /Las Vegas Review-Journal) @elipagephoto 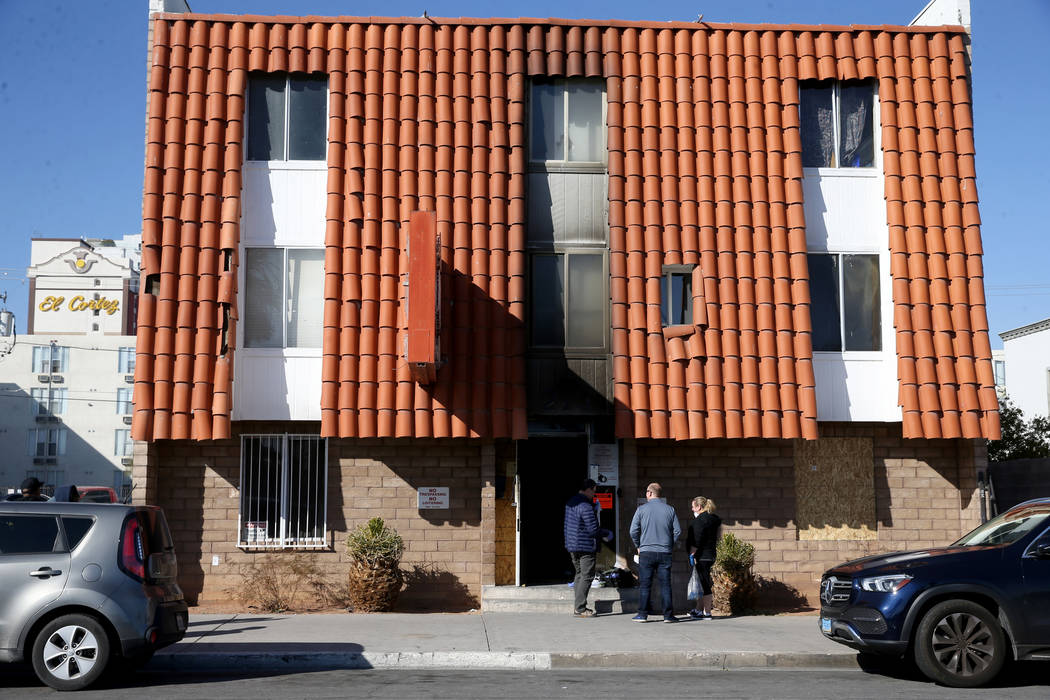 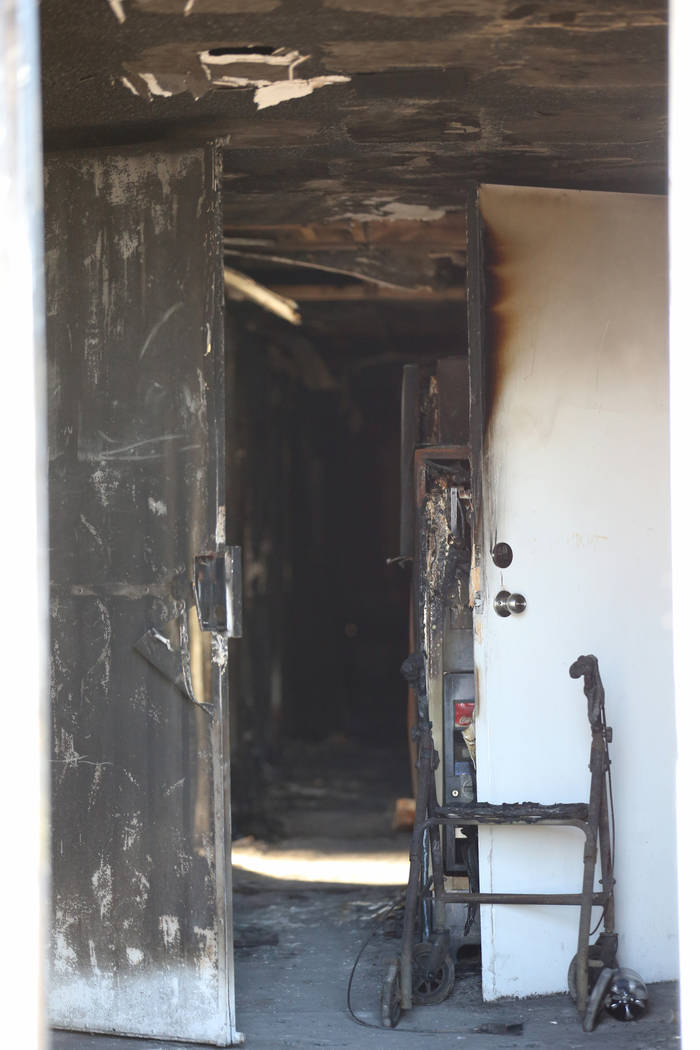 The hallway at the front door of the Alpine Motel Apartments in Las Vegas Jan. 14, 2020. (K.M. Cannon/Las Vegas Review-Journal) @KMCannonPhoto

On the night of the deadly Alpine Motel Apartments fire, dozens of residents were forced to abandon their belongings to escape with their lives.

But more than a month after the Dec. 21 blaze, none of those residents have been allowed to retrieve their things, including prescription medications, cash, photographs and personal documents.

That’s because the apartment building is entangled in a criminal investigation opened after the fire, which left six dead — some of whom were trapped by a rear exit door that had been bolted shut from the outside, records show.

The property has also tested positive for asbestos, attorney Steven Jaffe revealed in a court filing this month, which further complicates the issue. Jaffe noted it’s unclear if the asbestos exposure happened before or after the fire.

On behalf of the building’s ownership — Las Vegas Dragon Hotel LLC and its managing member, Adolfo Orozco — Jaffe asked a judge to decide if, and how, residents can collect their belongings.

“While Dragon Hotel, LLC would like to return as much property as is possible, because of the preservation obligations implicated, it is not (the hotel’s) decision,” Jaffe wrote in the filing.

The preservation obligations include the ongoing criminal investigation, as well as an Occupational Safety and Health Administration investigation, since one of the six killed was a maintenance man at the building.

“Allowing the residents to retrieve personal property unavoidably alters the scene of this incident,” Jaffe wrote in the filing.

Clark County District Judge Rob Bare this week agreed to hear the case on Feb. 11. Investigators as well as former tenants — or their attorneys — are welcome to present arguments at the 1 p.m. hearing next month in courtroom 3C of the Regional Justice Center.

The Alpine in downtown Las Vegas consisted of 41 apartments and an office, with 14 rooms on each of the building’s three floors. The fire started — and was contained — to the first floor, with the second and third floors “almost entirely untouched,” the filing noted.

But given the apparent asbestos contamination, as well as the structural integrity of the building post-fire, Jaffe cautioned the property could be dangerous.

Should former tenants be allowed to retrieve their belongings, “they should be required to acknowledge the potential risk involved,” Jaffe wrote.

Jaffe also suggested recording video of the retrieval process as a way to document and preserve evidence.

Paul Wise, 76, lived at the Alpine for more than 10 years. On the night of the fire, he only had time to throw on pants, slip on shoes and grab a bag by the door before he had to escape, he told the Las Vegas Review-Journal.

Two guitars passed down from his father, as well as obituaries for his wife and son, remain inside the Alpine, along with other personal items.

“I would love to get my stuff out of there,” Wise said. “I need my stuff, and no one will help me.”