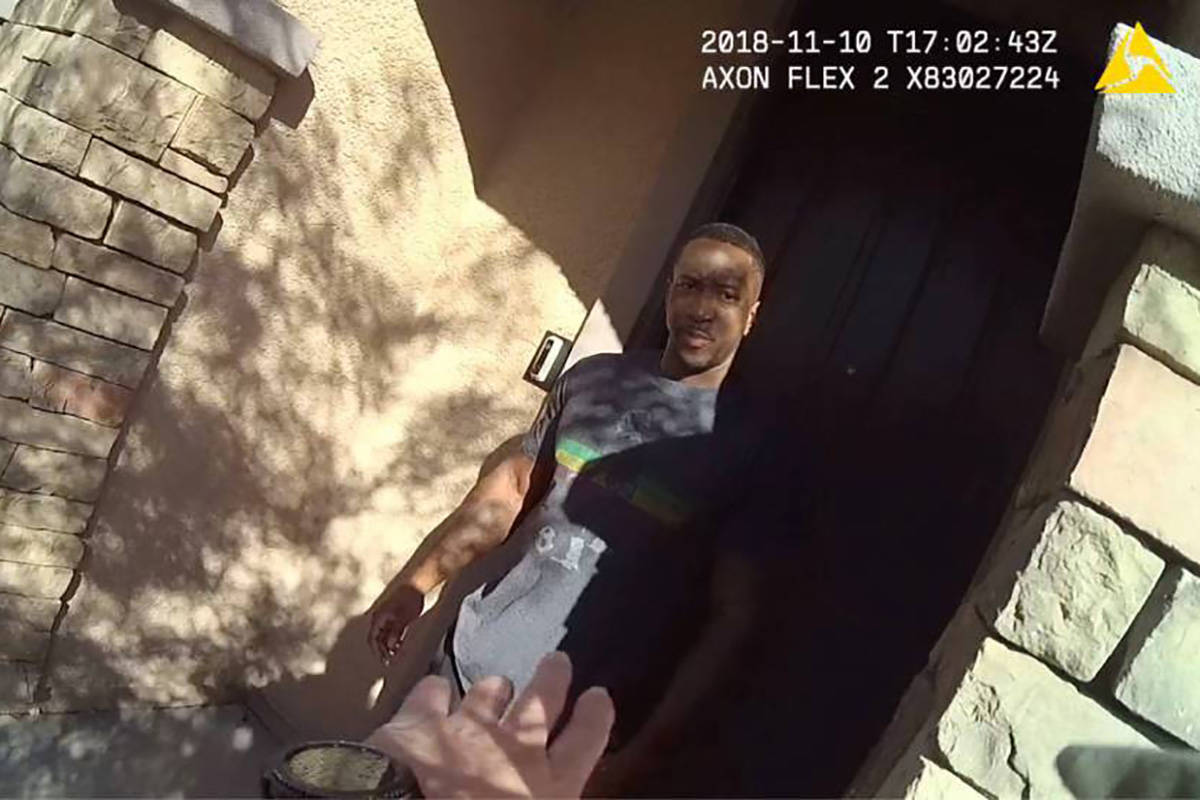 Henderson corrections officer Darius Brown was angry and irritated when a family argument at a neighbor’s house disturbed him in the early morning hours a few weeks before Thanksgiving 2018.

Brown, 40, off-duty at the time, entered the neighbor’s home through an open door, pushed a 24-year-old woman who was trying to get him to leave her house and threatened to return with his gun if the family didn’t quiet down, internal affairs and police records show.

Brown was cited for battery, which was removed from his record after he completed a diversion program. Henderson internal affairs investigators sustained violations of conduct unbecoming, being involved in a crime and attempting to use his job to receive favors, records show.

The confrontation with neighbors was only the latest misconduct allegation against Brown. Read more about his records here.