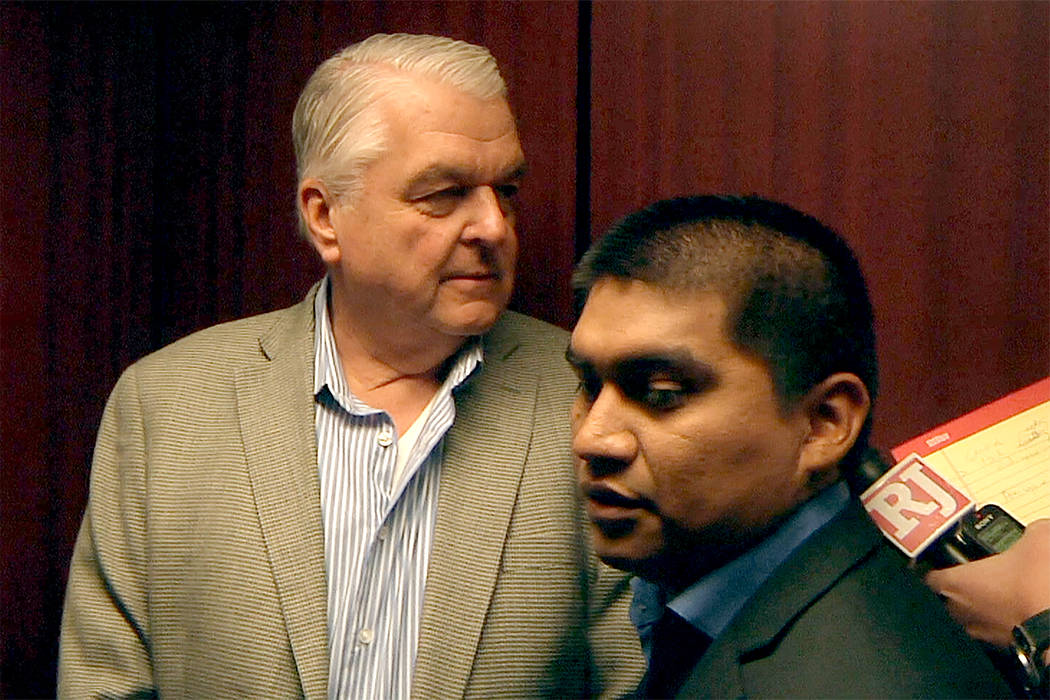 Gov. Steve Sisolak asked the Nevada Board of Dental Examiners to cancel their monthly meeting days after the Review-Journal published an investigation into problems with the agency.

“We sent a letter asking the dental board to delay the meeting until the audit is done next week,” he said after a news conference on the state’s health insurance exchange.

Sisolak sent the letter to board president Yvonne Bethea on Wednesday — the day after the last part of the Review-Journal investigation ran in print — noted the results of the audit and the audit follow up meeting schedules for Nov. 7.

In the letter, he listed audit findings, including oversight of investigative activities, ethics issues and complying with regulations making policy changes in public. He also notes unspecified new information.

“Given the information above, coupled with some emergent information regarding NSBDE practices, I do believe postponement is in the interests of the health and safety of Nevadans,” he wrote.

But Sisolak refused to answer any other questions Friday, including whether he would reappoint three members of the board whose terms expired Thursday.

Warren Lowman, administrator of the governor’s internal audit division, said Thursday’s meeting will be a six-month followup to determine whether the board implemented the recommendations of the 2019 audit or did not. He declined to disclose any details but indicated his staff disagrees with the dental board’s perspective.

“We’ll provide our assessment,” he said. “It’s a bit different than theirs.”

The dental board had a regularly scheduled meeting Friday morning, but staff at the Grant Sawyer building found out it was canceled about 15 minutes after it was supposed to have started.

A Review-Journal investigation exposed how the board repeatedly failed to revoke licenses of dentists who allegedly injured patients, actions that sparked conflict of interest charges by nearly half the board, and the board’s failure to abide by open meeting laws.

The dental board has been subject to two audits in the last three years, one in 2016 and one in 2019. During his last meeting with the dental board staff, Sisolak admonished the board counsel Melanie Bernstein Chapman for failures by the agency.

Chapman did not return a call seeking comment and board executive director Debra Shaffer-Kugel emailed the Review-Journal to say she is not the spokeswoman for the board and would not be commenting.

He also mentioned other boards at that news conference.

“My administration is aware of allegations related to other state boards and we share serious concerns over what appears to be a pattern displaying a lack of oversight and accountability,” he said.