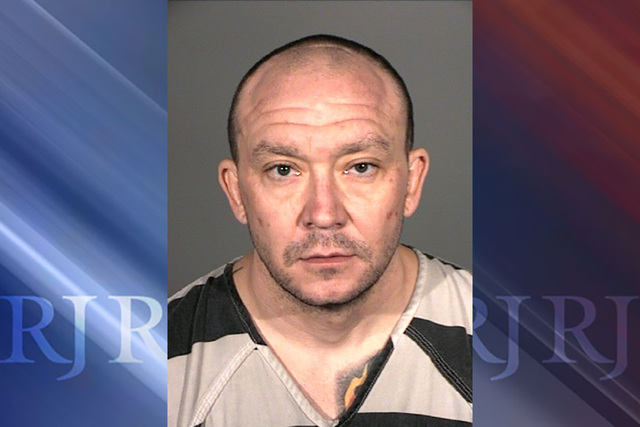 State employee Robert Reasoner was arrested for leaving the scene of the accident and having two open beers during a Jan. 5 crash. He hit a parked car in a state vehicle and fled the scene, authorities said.

A state employee who had a history of drunken driving before crashing his state vehicle earlier this month was arrested Monday on suspicion of fleeing the crash and having two open cans of Pabst Blue Ribbon beer in the SUV, prosecutors said.

Robert Reasoner, 36, was the focus of a Review-Journal investigation showing that the Nevada Transportation Authority promoted him to supervisor and allowed him to drive a state vehicle despite three previous drunken driving arrests.

Carson City Attorney Jason Woodbury said Reasoner could not be charged with impaired driving because police didn’t find him until hours after the crash, which happened the afternoon of Jan. 5.

“We didn’t feel we had sufficient evidence for other charges,” he said in a phone interview.

The police report said Reasoner registered a 0.002 percent blood alcohol content and was under the influence of a prescription sedative called Soma when he was found at a Carson City house.

Teri Williams, a spokeswoman for the Department of Business and Industry, which includes the transportation authority, said Reasoner was placed on paid administrative leave Jan. 6. She did not respond to an inquiry about whether he was on duty during the crash.

The state is revamping its policies on background checks and has asked the Nevada Department of Public Safety to investigate how Reasoner was able to work for nearly a decade and receive a promotion despite repeated DUIs.