A Nevada Transportation Authority supervisor with a history of drunken driving and a heroin arrest resigned Monday — hours before he was expected to answer Department of Public Safety questions.

Robert Reasoner, 36, was on paid administrative leave after crashing a state vehicle last month and fleeing the scene, police and state records show. The Review-Journal found that the agency had promoted him to supervisor and allowed him to drive a state vehicle despite repeated drunken driving arrests.

“What happened is he could not pass the physical readiness test and was denied a waiver by the commission,” Tim Bunting, deputy director of the state Peace Officer Standards and Training commission, wrote in an email. “No physical readiness test = no certificate = cannot perform the duties of a peace officer in the State of Nevada. The agency made his position a non-sworn position and he continued his employment with the NTA.”

Bruce Breslow, director of the Nevada Department of Business &Industry, said he was surprised when he learned Bradford didn’t have POST certification. The job listing to fill the chief opening will require POST certification, he said.

“It’s important that the person is a sworn officer and is properly trained so he can supervise sworn personnel,” he said.

Andrew MacKay, who was NTA chairman at the time, said Bradford was not arresting people, conducting traffic stops or carrying a gun, so he didn’t feel the position required POST certification.

“The law didn’t require it,” he said.

Department of Public Safety investigators, who are conducting an outside review of the NTA and Reasoner’s history with the agency, were scheduled to interview Reasoner on Thursday for the investigation. He resigned before that interview, Breslow said.

While it might be more difficult to obtain answers for the investigation, Reasoner’s resignation allows the state to avoid a lengthy firing process, including a hearing and possible appeals. That process could have taken weeks or longer. He had been on paid administrative leave since Jan. 6 in a job that paid him $79,246 in salary and an additional $35,000 in benefits.

Police arrested Reasoner three times for DUI since 2006. He was found guilty of two charges and pleaded guilty to a reduced charge of reckless driving after the other arrest, court records show.

Authorities also charged him with drunken driving after that arrest. He was released Wednesday on a $15,000 bond.

Reasoner and Bradford could not be reached for comment.

Las Vegas and Clark County officials pledged Monday to closely examine the causes of the city’s deadliest fire, and to work to ensure older buildings are safe for residents. 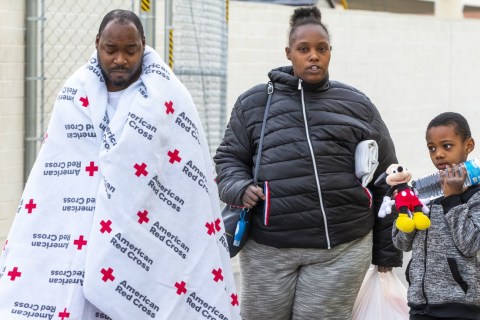 The area of Las Vegas where the city’s deadliest fire broke out early Saturday is a hot-spot for fatal blazes, according to a Review-Journal investigation published last year.