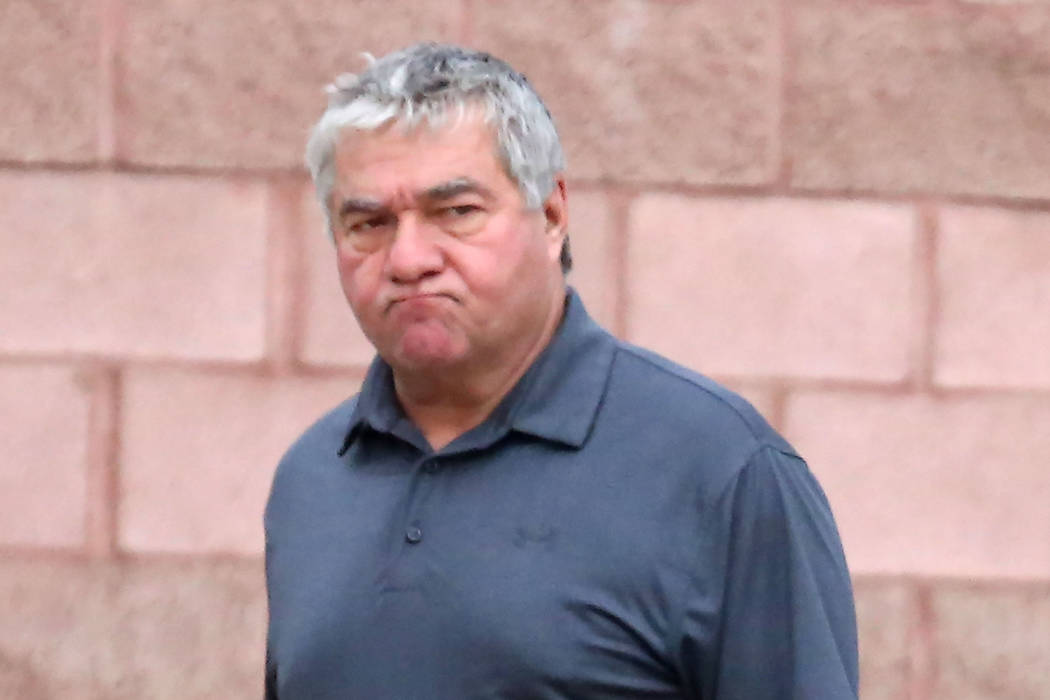 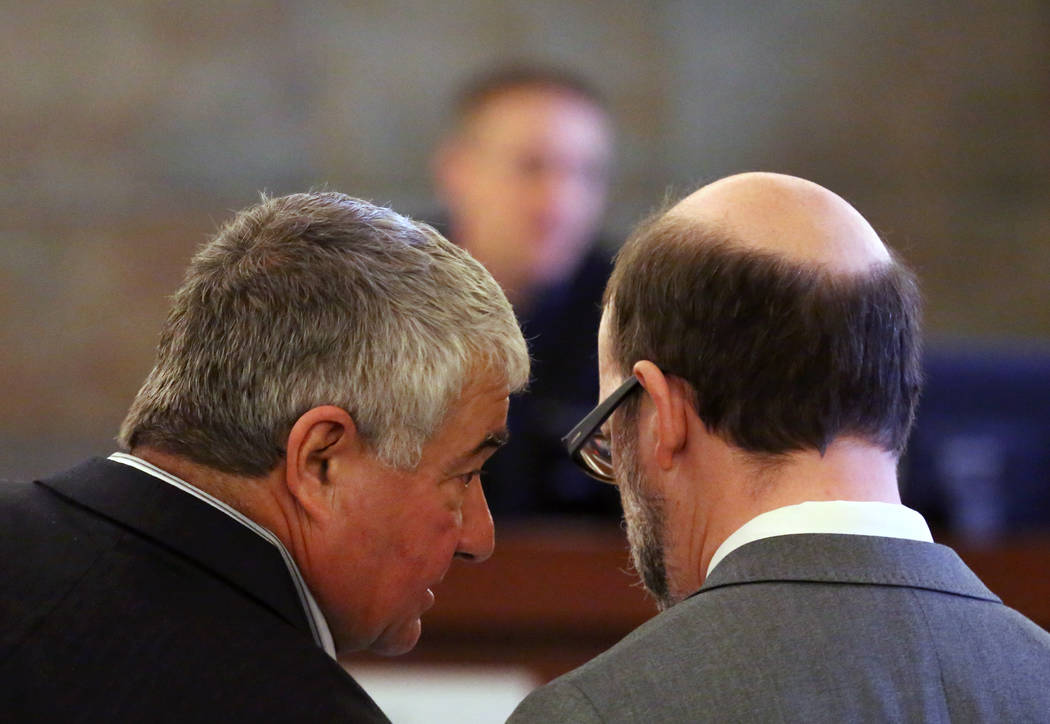 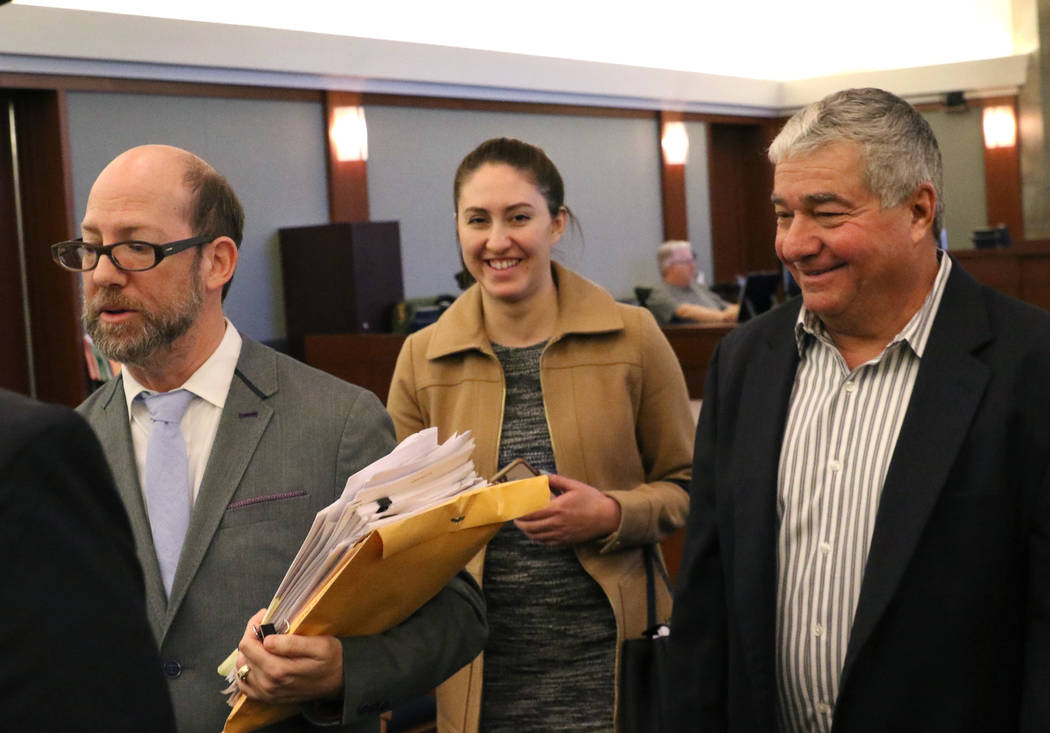 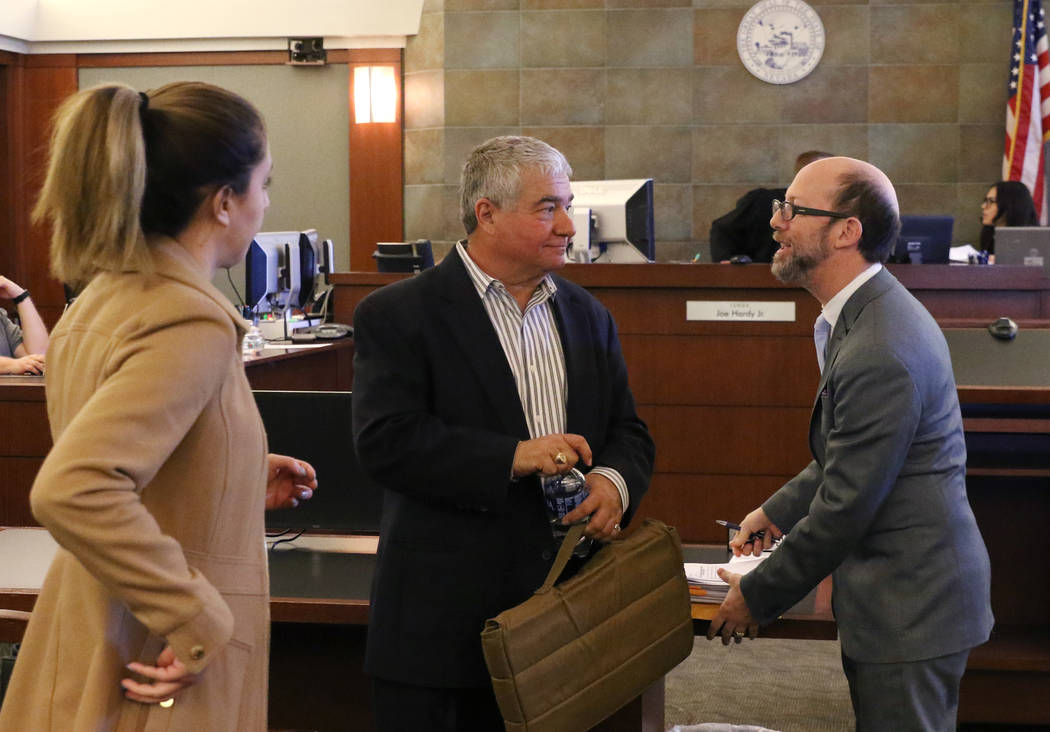 It was 2015, and Clark County officials had taken control of Mitchell’s office revenues. The elected lawman had a six-figure IRS debt and liked gambling, upscale restaurants and bars.

His solution, according to prosecutors, was to overstate the costs of his deputies’ salaries, expenses and income tax withholding amounts so he could keep the money for himself.

Three months after the county increased oversight of the constable’s account, Steven Kilgore, Mitchell’s chief deputy and friend of 30 years, warned him that ignoring the county’s financial controls would put him in the “crosshairs.” But Mitchell’s annual salary of $103,000 and a nearly $60,000 pension apparently were not enough to keep up with his expenses.

Mitchell is accused of taking $163,000 over three years that he wasn’t due by writing himself checks, making ATM withdrawals and using his township debit card for personal expenses. Earlier this month, a grand jury indicted him on five counts of theft and fraud for checks he wrote to himself and ATM withdrawals he made mostly at bars and casinos.

Newly released documents paint a picture of a dysfunctional constable’s office as Mitchell fought the county for more and more money.

Sources familiar with the case say authorities may file additional charges based on the debit card spending from the constable’s account on expenses including meals, travel and even Disneyland tickets.

“The investigation is ongoing,” he said in a phone interview Dec. 24.

But Mitchell attorney Dayvid Figler said he plans to ask District Judge Joe Hardy Jr. to dismiss the case because state law allows constables to use the fees for any purpose they see fit. Figler said Clark County’s move to turn Mitchell’s Henderson office account into an enterprise fund did not change that law and was an illegal cash grab.

“The constable’s office is not a cash cow for the county,” he said. “The county didn’t like the constable making more in salary than they were making.”

A Las Vegas Review-Journal story in March sparked the police investigation. The story was based on heavily redacted documents Mitchell provided in response to a public records request. The day the story was published, Mitchell announced he was abandoning his bid for re-election to a seventh term. He is in his final days in the office he has held for 24 years.

Paperwork police seized at Mitchell’s office and home this year reveal the full scope of his spending and provide insight into what prosecutors contend was a long and losing battle to use county funds in secret for a lifestyle Mitchell could not afford.

Kilgore saw as early as 2015 that Mitchell’s actions could lead to financial ruin.

“The storm clouds are all around us and we must make some course corrections,” he wrote Mitchell in a March 2015 email.

Kilgore wrote that he disagreed with Mitchell’s decision to allow employees to collect mileage reimbursement in addition to their salaries, a practice that prosecutors said Mitchell exploited by inflating the expenses and keeping the refunds.

Kilgore also complained about Mitchell’s “stubborn and arrogant” failure to cooperate with the county’s new oversight.

Mitchell had recently blocked Kilgore’s access to the constable bank accounts, which law enforcement officials said was designed to make sure Mitchell’s diversion of county funds was not discovered, court records show. Kilgore wrote that the change prevented him from doing long-term planning for an office that was having budget problems.

Kilgore, who left the Henderson constable’s office this summer, had worked there for years. In 2017, Mitchell wanted to hire a new employee at a salary and benefits package of nearly $96,000 by slashing Kilgore’s salary by about $38,000, records show.

In 2014, Clark County officials heard that Henderson and North Las Vegas constables were paying themselves large salaries. The offices serve legal documents such as subpoenas and eviction notices, and fees from evictions and foreclosures were pouring in as a result of the valley’s housing collapse.

Assistant County Manager Jeff Wells told the grand jury that Mitchell paid himself more than $300,000 annually during the Great Recession.

Mitchell often scribbled notes about his personal and professional finances on scraps of paper and notebook pages. In one note, he wrote about a “gambling lifestyle” and referenced a state law that deals with problem gambling. Other records confirm that he liked to play slot machines.

Since 2015, Mitchell has made about 200 ATM withdrawals totaling $56,000. Most of the ATMs were at gaming establishments or in stores with slot and video poker machines, records show.

“That is (a) very unusual expenditure from essentially a government-funded account that is intended to run a government enterprise,” he testified.

Mitchell sometimes received large payouts from the machines. Police seized several W-2G forms that show gambling wins reported to the IRS, including an $8,000 win in February 2015 and a $2,000 win at Green Valley Ranch in October 2017.

An IRS bill dated September 7, 2016, shows that Mitchell was required to pay $4,000 a month as part of a monthly installment plan to pay off more than $122,000 in tax debt. He complained about the debt in one of his handwritten notes.

“Since Oct. ’09, I’ve been in a payment arrangement w/ the IRS,” Mitchell wrote. “This has severely impacted my ability to make my house payment of $1,995.”

Mitchell’s accountant, Stacy Calvert, did not return a call seeking comment about the tax debt, and Figler declined to discuss Mitchell’s gambling and tax problems.

Mitchell’s financial problems did not stop his frequent trips to bars and high-end restaurants, where he used the debit card for his township account.

In 2016 and 2017, there were 13 charges at a sushi restaurant called Tokyo Boys totaling $3,700 and seven trips to Henderson’s I Love Sushi restaurant for a total of $1,200, unredacted banks statements show.

There was an $811 restaurant tab at Del Friscos Double Eagle Steakhouse in August 2017, a $299 meal at Top of the World restaurant at the Stratosphere and three meals at Sunset and Vines totaling more than $800, records show.

Mitchell also spent $3,319 on 21 trips to Albertsons, Dillard’s, Kohl’s, Walgreens and other grocery and department stores. And in November 2017, Mitchell spent $528 on Disneyland tickets.

Figler declined to discuss what Mitchell spent out of the constable’s fund except to say some of the meals were work-related to reward or meet with employees.

To Mitchell’s former deputy, Kilgore, the constable’s financial and legal troubles were foreseeable.

“Too many of your actions appear to be designed to diminish this office and return to the old days,” Kilgore wrote in 2015. “I have said many time(s) that this is a reckless and dangerous notion that will end in disaster.” 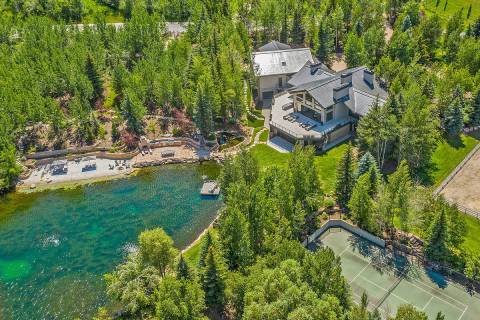