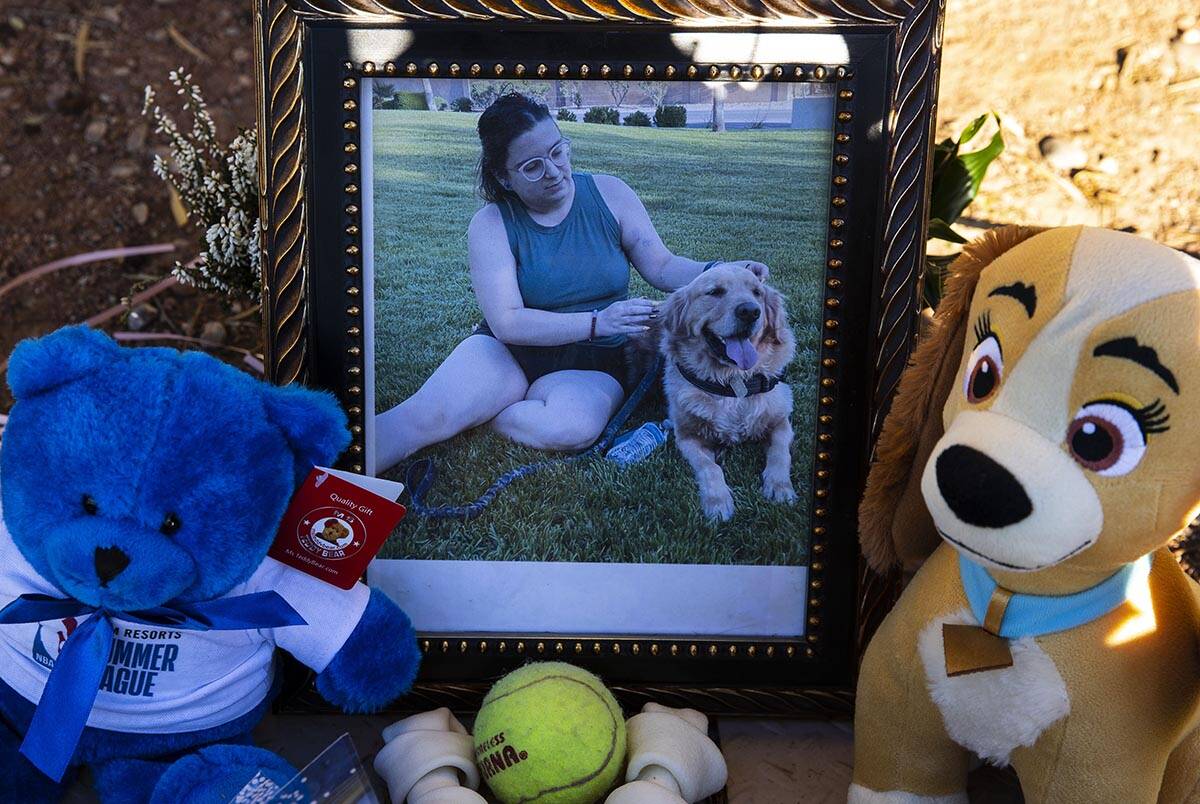 A photograph of Tina Tintor, 23, and her dog, Max, at a makeshift memorial site to honor them at South Rainbow Boulevard and Spring Valley Parkway, on Thursday, Nov. 4, 2021, in Las Vegas. Tintor and her dog were killed when Raiders wide receiver Henry Ruggs, accused of DUI, slammed into the rear of Tintor's vehicle. (Bizuayehu Tesfaye/Las Vegas Review-Journal) 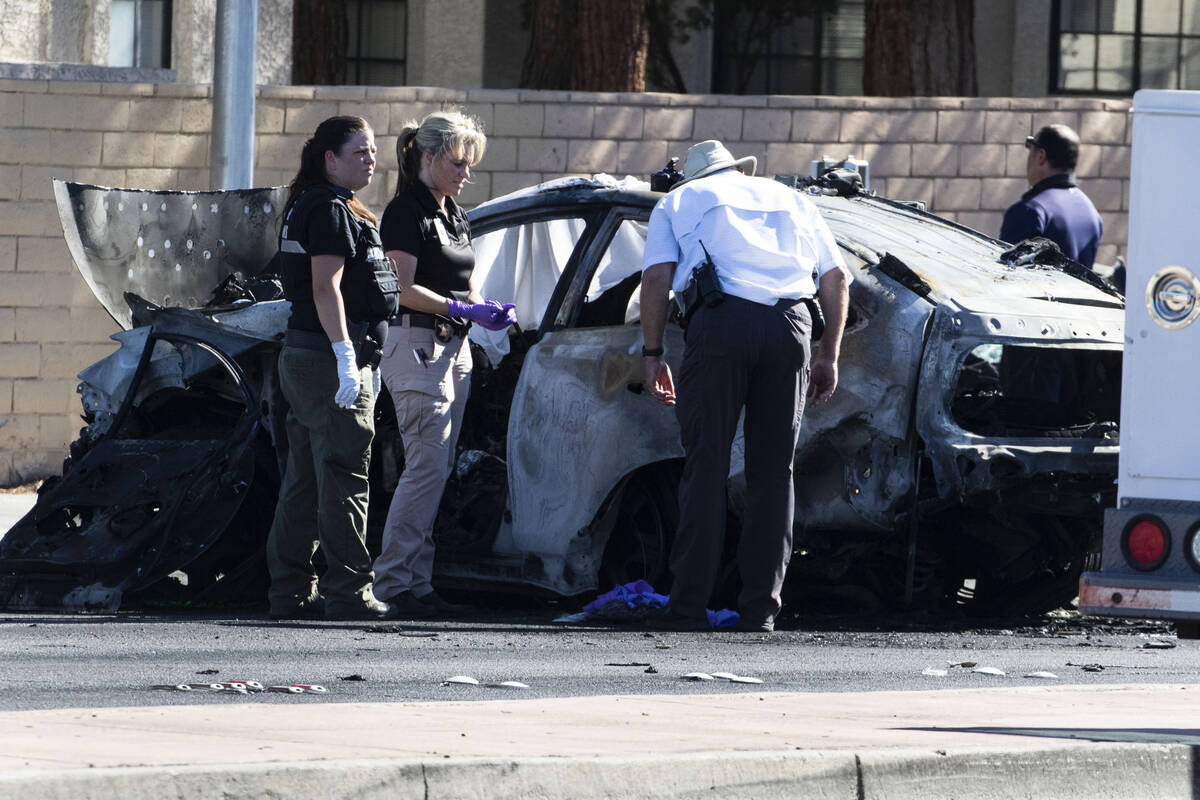 Defense lawyers for former Raiders wide receiver Henry Ruggs filed court papers Wednesday saying they have a witness who alleges firefighters failed to quickly put out the fire in Tina Tintor’s RAV4 after the violent early-morning crash on Nov. 2.

Attorneys David Chesnoff and Richard Schonfeld said in the documents filed in Las Vegas Justice Court that the witness told them Clark County firefighters “were in a position to extinguish the vehicle fire while it was in its infancy stages and failed to do so.”

The witness indicated that firefighters “did not attempt to extinguish the fire at Ms. Tintor’s vehicle for approximately 20 minutes, at which time the entire vehicle was engulfed in flames,” the lawyers wrote.

“There were no delays in response or in the attack on the fire,” he said. “The captain on the scene reported that the vehicle was fully involved in fire upon arrival and the passenger compartment was not survivable for anyone inside.

“There was a continuous rekindle in one area of the car that gave the crews some trouble, which is not unusual in vehicle fires. The captain stated there was some material that was dripping, possibly from a fuel line that was reigniting in the passenger-side, rear wheel area. The fire crews continuously extinguished this area as it reignited.”

When Tintor crossed paths with Ruggs last Tuesday morning, both were just miles from their homes.

As Ruggs’ 2020 Corvette approached the intersection of Spring Valley Parkway in a residential area, police said, it veered into the right lane and slammed into the back of Tintor’s 2013 Toyota RAV4. At impact, the SUV burst into flames, trapping her inside.

Tintor and her dog, Max, died in the crash, which was about 2 miles from her home. Tintor, a 2016 Durango High School graduate, was 23.

Ruggs’ lawyers are seeking permission from the court to subpoena all Fire Department communications related to the crash, including text messages, video footage, photographs, log reports and recordings of all dispatch calls.

The witness, who is not identified, told the attorneys that he was at home nearby when he heard the collision and went outside to the crash scene.

Firefighters were at the scene when the witness arrived, and the fire in Tintor’s vehicle was “limited to one exterior area,” according to the defense court papers.

A hearing on the motion has been set for Nov. 17.

According to Las Vegas police, just before 3:40 a.m., the football player’s green Corvette was speeding north on Rainbow Boulevard, about 5 miles west of the Las Vegas Strip. Ruggs’ girlfriend, Kiara Kilgo-Washington, who also goes by the name Rudy Washington, was in the car with him.

According to Ruggs’ arrest report, he was speeding up to 156 mph mere seconds before crashing into the back of Tintor’s vehicle. The impact ignited the car’s fuel tank, and the SUV burst into flames.

Ruggs, 22, did not appear in court with his defense attorneys during the morning hearing.