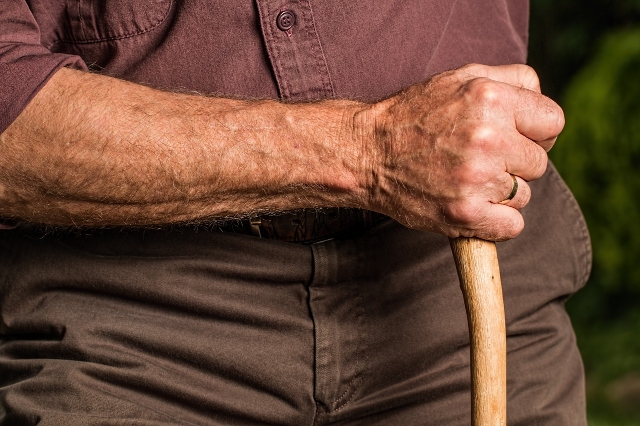 LONDON — When it comes to predicting how long you have to live, you first have to figure out how well your body is aging.

That’s according to a team of Kings College London researchers, who have developed a simple blood test they say can predict just how old your body is, regardless of your actual birth date.

Their findings, published in the journal Genome Biology, could lead to more accurate predictions of when a person will die, which opens all kinds of doors when it comes to medical treatment, retirement and life insurance.

“We identify a novel and statistically robust multi-tissue RNA signature of human healthy aging that can act as a diagnostic of future health, using only a peripheral blood sample,” the researchers wrote.

In order to identify what researchers call “biological age,” they looked at 54,000 gene markers of healthy 65-year-olds before identifying the 150 that indicate whether a person is aging in a healthy way.

“There’s a healthy aging signature that’s common to all our tissues, and it appears to be prognostic for a number of things including longevity and cognitive decline,” researcher Jamie Timmons told BBC News. “It looks like from the age of 40 onwards, you can use this to give guidance on how well an individual is aging.”

Upon identifying the 150 healthy “gene signatures,” the researchers applied the test to a group of 70-year-old Swedish men they tracked for the 20 years. They found that the test was fairly accurate in predicting how well each man was aging and how healthy their bodies were during that time.

This is big news for the medical community, in the sense that the test may change the age at which people are tested for certain diseases like cancer and dementia. In fact, the researchers were able to use the test to identify those most at risk for Alzheimer’s.

“This is the first blood test of its kind that has shown that the same set of molecules are regulated in both the blood and brain regions associated with dementia, and it can help contribute to a dementia diagnosis,” said Timmons. He added that Alzheimer’s and dementia are evidence of poor biological aging.

The test could also potentially be used to help determine how viable a person’s organs are for donation regardless of age, as well as help insurance companies determine premiums.

“We use birth year, or chronological age, to judge everything from insurance premiums to whether you get a medical procedure or not,” Timmons said in a press release. “Most people accept that all 60-year-olds are not the same, but there has been no reliable test for underlying ‘biological age.’”