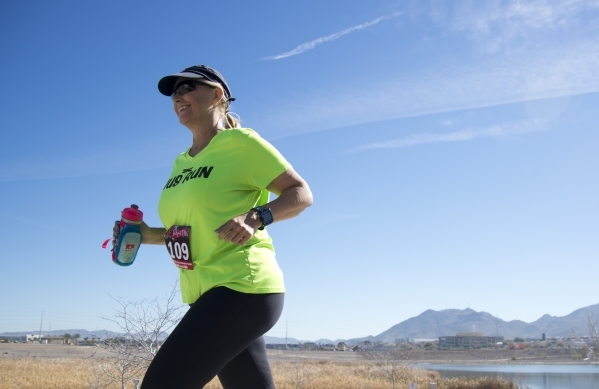 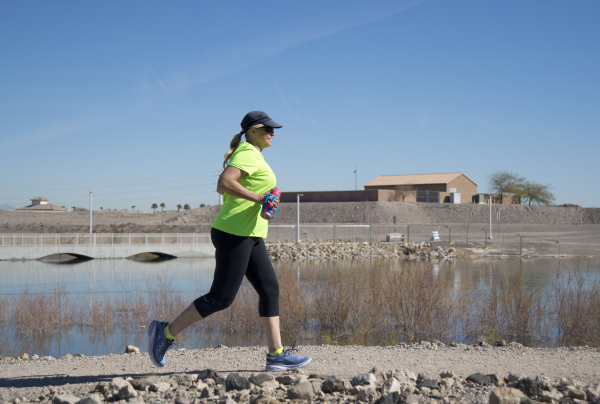 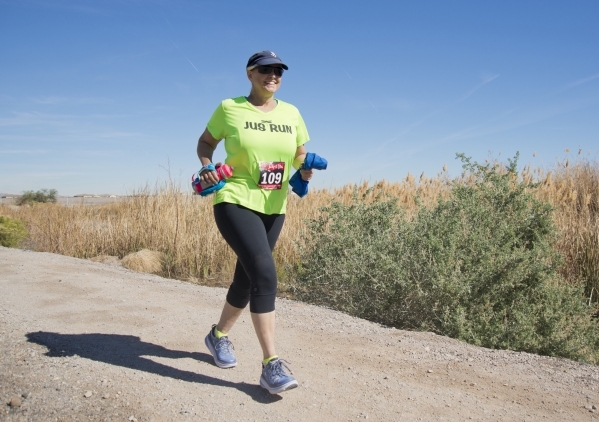 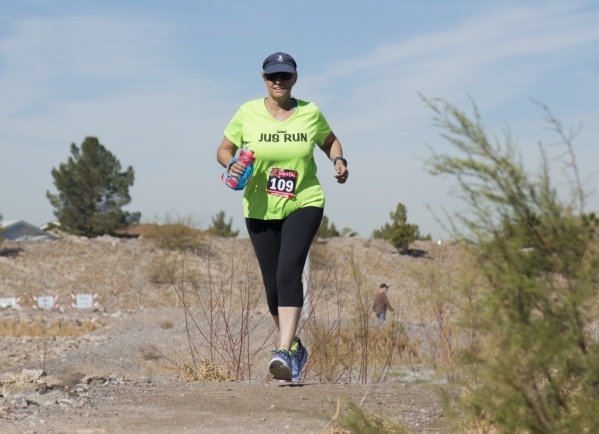 Every step that Cynthia Ganey runs is another step toward her latest goal. As the owner of Jus Run LLC, she is the founder of Moms Rock, a walk/run event that has taken place on Mother’s Day for the past six years. This year is the first that will extend its name to Moms Rock! at the Diane Snyder Run to Remember, set for April 30.

The event is set to start at 7 a.m. at the Cleveland Clinic Lou Ruvo Center for Brain Health, 888 W. Bonneville Ave., where it also will end. It offers 10K, 5K and 1-mile distance courses. The name change pays homage to Diane Snyder, Ganey’s mother, who died of Alzheimer’s disease three years ago.

“My vision is to start this event here in Las Vegas and eventually spread the race throughout the country, something like what the Susan G. Komen Race for (the) Cure has done,” said Ganey, a northwest resident. “They started with one race and now 20 years later are in 150 different countries. So, my dream, my vision, is to grow this event and raise awareness of this disease. I don’t care who you are, (chances are) you know somebody with this disease. … Research shows that physically active people are less apt to get Alzheimer’s. So, that’s why we say, ‘Jus run.’ “

With this event, 100 percent of the net proceeds will go to Keep Memory Alive to support the Cleveland Clinic Lou Ruvo Center for Brain Health, which treats patients with Alzheimer’s, Huntington’s and Parkinson’s diseases, and research in finding a cure for these diseases and other brain disorders. A portion of the proceeds from all of Jus Run’s events already go to Keep Memory Alive, but with this specific race, 100 percent will be committed.

Snyder was the epitome of the modern woman, Ganey said, someone who knew her own worth: strong and intelligent but also giving and loving. When Ganey was still a teen, attending Western High School, she worked in the family’s floor covering business where Snyder ran the office.

“She taught me accounting, purchasing, how to run a business,” Ganey recalled. “She taught me how to be strong as a woman and not to depend on a man but to make my own way in life and depend on yourself. That (mindset) got me where I am today.”

“She liked to go out dancing with my stepfather,” Ganey said. “She loved to dance … we used to go out dancing back in the disco days together every now and then, and then over the years with our husbands. Even towards the end, music seemed to soothe her, and we could get her up dancing sometimes, and she would just smile and really seem to be having fun.”

Starting about 12 years ago, visits to her mother would have little hiccups. Snyder would have promised the grandchildren a treat if they achieved good grades in school, for example, only to never make it materialize. When reminded, she would draw a blank and deny ever having promised anything. As time passed, she and Ganey would be out to lunch, and Snyder would ask the same question throughout the meal. Concerned, the family learned she had been diagnosed with Alzheimer’s.

As the disease took its toll, Snyder’s life changed. She stopped driving and preferred to remain near her home. Eventually, a full-time attendant was hired so she could be at home.

“This was the woman I would always call if I had a problem, and we would talk things through,” Ganey said. “And she wasn’t ‘there’ any more. … This disease is the worse one she could have because she was so smart, and it took away her brain. It’s so unfair.”

The day came when she didn’t recognize her husband, her children or grandchildren and had a faraway look on her face. She died in September 2012 in her early 70s.

“The worst is when they pass,” Ganey said. “They don’t recognize anybody. … So, even though people were around her, she basically died alone.”

Now, Snyder’s name lives on through the Moms Rock! event at the Diane Snyder Run to Remember.

What does it mean to the Lou Ruvo Center to have people such as Ganey step up and support its programs?

“The passion of our supporters and volunteers is critical to us,” said Dr. Jeffrey Cummings, director of the center. “It’s the support of people like Cynthia that keep our programs running. All of the money raised through efforts like this one goes directly to support research and patient care at the Ruvo Center. Community awareness is crucial, especially when it comes to supporting clinical trials and continuing research at the Ruvo Center. We also have a growing effort to educate and support caregivers in the community to recognize and help deal with symptoms of brain disease in their loved ones.”

Ganey now operates two businesses: her running event company, which is involved with as many as 15 races a year, and a real estate inspection one called Desert Home Inspections. Several months after her mother’s death, she took on a new challenge, which was a personal one: running her first ultramarathon, covering more than 100 miles at an event in Phoenix. She did it in memory of Snyder.

“I carried her ashes with me, so she was there to help me get through it,” Ganey said.

She raised $4,200 with that effort, given to Keep Memory Alive.