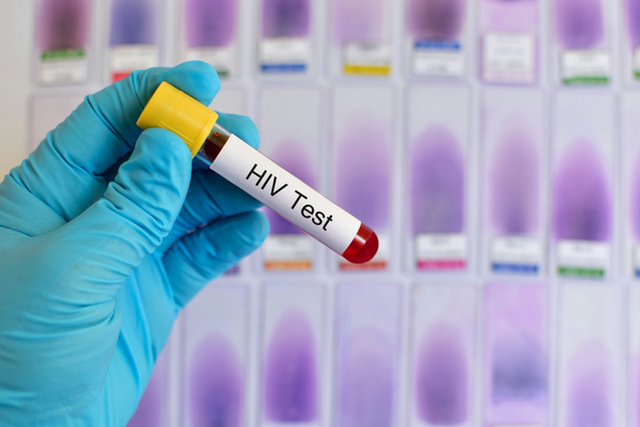 Approved by Gov. Brian Sandoval last May and enacted in October, Assembly Bill 243 removed language in the law allowing only licensed health care professionals to provide certain HIV tests, among other adjustments.

Now, volunteers with groups such as Aid for AIDS of Nevada, known as AFAN, are providing preliminary rapid HIV testing in Southern Nevada after undergoing training in testing, infection control and counseling.

The rapid tests generally involve a finger prick and provide results in under 30 minutes that must be confirmed by a secondary test, according to the new law.

Marlo Tonge, communicable disease manager at the Southern Nevada Health District, helped write the law and said it allows organizations including AFAN and the Las Vegas Urban League to reach underserved groups including minorities and people who might be hesitant to make contact with the health district.

“Not every community person out there loves government,” she said. “Not everybody likes public health.”

Four or five organizations have already started doing the testing, she said.

Alisa Howard, director of minority health services at the Las Vegas Urban League, said the organization received funding for her position through AB243.

As with other community organizations involved, the Urban League will do outreach and offer rapid testing, but individuals who test positive will be forwarded to the health district for more in-depth secondary testing that involves drawing blood, Howard said.

If that test also comes back positive, the individual can be referred to medical, psychological and other services to ensure access to medication, a physician and other necessary services.

According to the health district, roughly 400 new cases of HIV are reported in Clark County every year.

Tonge said the health district, in conjunction with its community partners, offered nearly 19,000 publicly funded HIV tests last year, about 3,000 to 4,000 more than in the previous year.

Antioco Carrillo, executive director of AFAN, said his organization hopes to incorporate newly diagnosed individuals into its network of services, ensuring that people with HIV or AIDS can be connected with housing, counseling and other services if needed.

“Our work is essentially to do a lot of the work that is not done by the doctors,” he said.