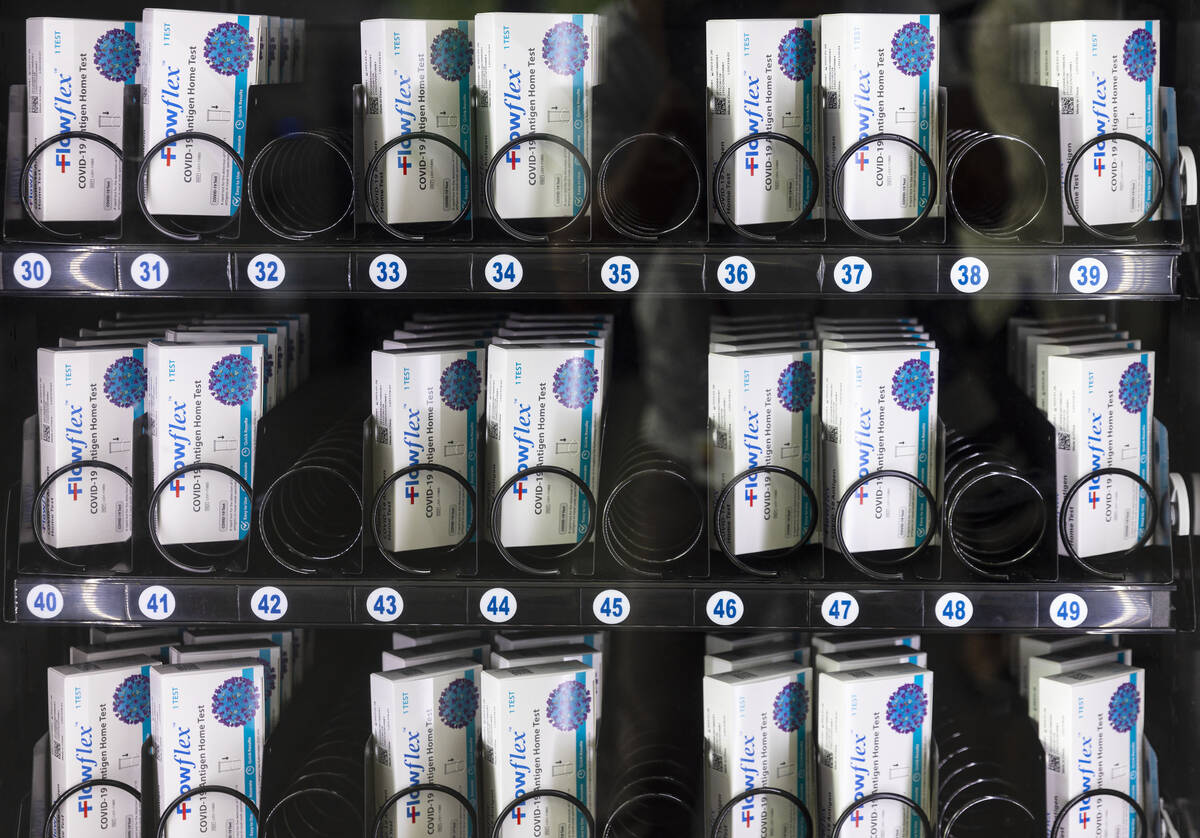 COVID-19 hospitalizations continue to creep up in Nevada, new data shows, while the number of people getting the updated bivalent booster remains low.

Roughly 12 percent of eligible Nevadans, or nearly 182,000 people, have gotten their updated booster, Marissa Medeiros, public information officer for the Nevada State Immunization Program, said Wednesday. Vaccine is available to those ages 5 and up who’ve gotten their primary vaccine series.

In the last week, 10 percent of emergency room visits statewide were for COVID-19, up from 9 percent the week before, according to the Nevada Hospital Association.

However, the hospital infrastructure statewide currently is “in good condition and has plenty of capacity to respond to an unanticipated all-cause surge,” the hospital association said.

Public health officials continue to express concern of a possible “tripledemic”: that COVID-19 cases will surge this winter, potentially overlapping with a potentially more severe flu season as well as increases in other respiratory viruses such as RSV (respiratory syncytial virus).

Although numbers of COVID-19 cases have been trending upward in recent weeks in the county and state, they declined in the past week.

The 14-day average for daily new confirmed cases dropped in the county by 7 percent, to 117. Statewide, cases declined by 8 percent, to 151.

Unlike other parts of the country, Nevada has not been hit by an early flu season. There have been a total of 10 flu hospitalizations across the state this season, the hospital association said. The CDC estimates that nationwide, 7,000 people have been hospitalized for flu.

As with the updated booster, uptake of flu vaccine has yet to pick up. Nationwide as of mid-October, about 21 percent of adults and 22 percent of children had received an annual flu shot, the CDC estimated.

More than 14 percent of eligible Nevadans have gotten their annual flu shot, Medeiros said. Those age six months and older are eligible.

But with many predicting a more severe flu season, “We are absolutely trying to reach every one of our patients and let them know the importance of getting a flu shot” and a COVID-19 booster, Wagner said. “The last thing I want to hear is that I had a patient that went to the hospital with influenza pneumonia and had a complication from that.”

Both the updated COVID-19 and flu shots are widely available; locations can be found at vaccines.gov.

“These vaccines are safe, able to be administered at the same time and will offer much-needed protection as we head into the colder months, gathering indoors with family to celebrate holidays,” Medeiros said in an email.