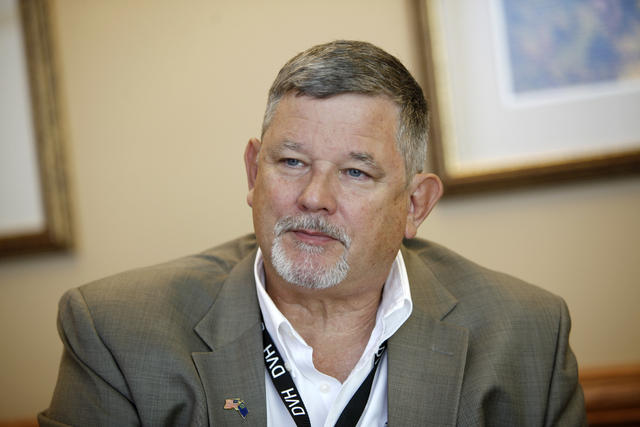 The mental health system in Nevada has long been a lightning rod for criticism, with the Silver State consistently ranking at or near the bottom of most national rankings.

But state legislators and health officials say a trio of bills now being drafted would make some small improvements by streamlining licensing of mental health professionals, updating the state’s definition of “mental illness” and making it easier to share information on individuals who have been deemed mentally ill with law enforcement.

“We had multiple concerns from folks saying … the licensure process is extremely slow,” he said.

The current process requires them to apply to individual professional boards for mental and behavioral health professions including social work and psychology. Some of those boards lack direct oversight and don’t have computer systems to track applicants, resulting in application backlogs.

Oscarson said that’s the key reason the interim Legislative Committee on Health Care he chaired proposed transferring “responsibility for regulating certain mental health-related professions to the State Board of Health.” The bill would allow the boards autonomy while requiring they report to the health board, he said.

Kim Frakes, executive director of the Board of Examiners for Social Workers, said it’s difficult to respond to the proposed legislation without knowing the details. But she said the organization is looking for ways to automate and will work with the Legislature and other boards that could potentially be affected to improve the process.

Another bill draft requested by the Assembly Committee on Judiciary would allow the state criminal record repository to more easily share information with local law enforcement officers. The idea is to help them identify an individual who has been “adjudicated as mentally ill or has been committed to any mental health facility” and is therefore barred from possessing firearms.

Currently law enforcement officers don’t have access to those records.The bill would not only allow police to quickly determine if someone wrongly had a gun but also enable police to seek out mental health professionals quickly if they’re needed, said Assemblyman Steve Yeager, D-Las Vegas.

A third proposal from the Division of Public and Behavioral Health, part of the state Department of Health and Human Services, aims to update the definition of “mental illness” in Nevada statutes.

The bill would bring the state into line with the definitions in the American Psychiatric Association’s Diagnostic and Statistical Manual of Mental Disorders, which was updated in 2013.

Though the definition of what a mental disorder didn’t change substantially in the most recent edition, it did reclassify and elaborate on certain disorders, said UNLV assistant professor of psychology Stephen Benning. As an example, there’s now a set of criteria upon which to judge whether children are affected by post-traumatic stress disorder, he said.

Public and behavioral health administrator Cody Phinney said that changing the legal definition “is important because the science evolves rapidly. So by tying the definition to the regularly updated manuals used in the treatment community, we allow the law to stay current with the science.”

Nevada has for years ranked among the worst states for mental health services on lists compiled by organizations like national nonprofit Mental Health America. The group named Nevada last in mental health in 2016, citing the state’s lack of access to care and shortage of professionals for the dismal ranking.

Oscarson said he doesn’t believe the bill draft requests this session indicate a renewed interest in mental health but reflect his and other legislators’ commitment to bettering the mental health system in Nevada, which he said is an ongoing process.

“It’s better than it’s been,” he said. “We’ll continue to work on it to make it better.” 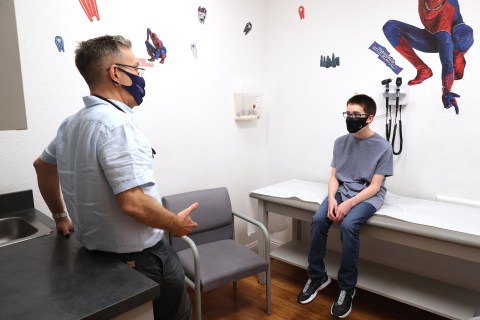 A Southern Nevada research center is looking for kids ages 12 to 17 to join a clinical trial testing the effects of a new COVID-19 vaccine on this age group. 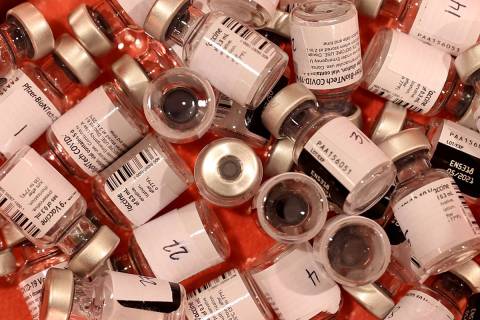 The facility at the Las Vegas Convention Center will have the capacity to administer more than a thousand vaccines each day, public health officials say.