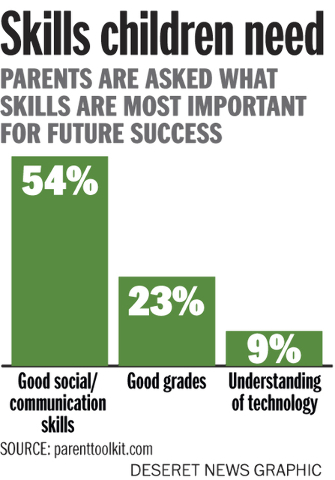 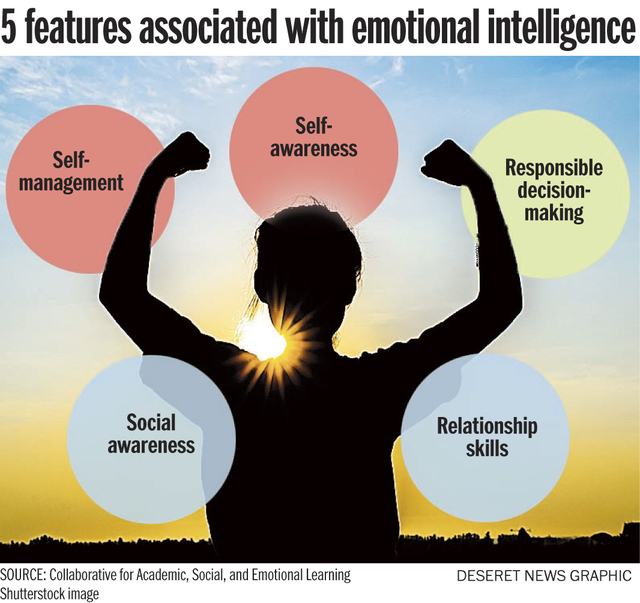 From the time her son Ethan was a toddler, Jennifer Miller tried to help him find appropriate ways to express his frustrations. If he would bite, hit or throw tantrums — perfectly normal for a frustrated toddler, but not happy stuff for those around him — she would ask him about his other options.

Could he hit a pillow instead? Or roar like a lion? Run in a circle or stomp his feet? How could he express his anger without hurting others, Miller, a child development expert, would ask.

Once he’d gotten his anger out more appropriately, she’d direct him to a quiet place they’d built together with pillow and teddy bear, crayons and paper. In this “calm-down” spot, Ethan, now 7, would hold onto his blanket and simply breathe.

The Millers, who live in Columbus, Ohio, were doing something that goes by many names: “social and emotional learning,” “character development,” “emotional intelligence,” even “prevention science.” Regardless of the label, it’s a crucial element of raising children to be responsible, likable, valuable members of any community.

In a survey for NBC’s Parent Toolkit, American moms and dads listed social and communication skills as the most important piece of a child’s future success. The Collaborative for Academic, Social and Emotional Learning said teaching skills like empathy, active listening and using teamwork to solve problems not only helps kids develop positive traits, but prevents unhealthy and high-risk behaviors. Kids in schools teaching emotional intelligence score 11 percent higher on academic achievement tests, according to the collaborative, a national project to promote academic, social and emotional competence for students.

Josh Berry of Lincoln, Nebraska, said he and his wife Trisha want to raise their four kids to be good community citizens and leaders. They hope the youngsters, ranging from age 1 to 7, will give back to others and be creative, curious and respectful.

They’re actively cultivating those traits. Trisha Berry describes a party they held in April, when many of their relatives have birthdays. The oldest daughter, 7, made birthday cards for each one. They gave each a cupcake with a birthday candle. Such activities clue kids in that others matter very much.

If the ability to be caring, to be a great listener and communicator isn’t fostered, it may lie dormant, said Trisha Berry, director of management consultants at Talent Plus.

“Understanding how to read, relate and interact with people is essential to successfully navigating teen and adult years,” said Josh Berry, managing director of VentureTech, which helps entrepreneurs build successful software start-ups. The couple also runs “Family Box,” which sells kits filled with faith-based activities for families to do together.

Nurturing emotional intelligence starts very early. When a pregnant woman sings to her baby in utero to calm kicking or Dad changes baby’s newly wet diaper, the responsiveness teaches the child the parent is there to meet needs and it models empathy, said Miller.

Barbara Harvey said children need an emotional vocabulary — the ability to express not just “sad” or “angry,” but nuanced feelings like “distressed” or “frustrated” or “anxious.”

As early as kindergarten, children should be able to exercise some control, said Harvey, executive director of Believe in Parenting, an agency in Atlanta that works with churches on parenting program development. “I wanted that red crayon and Jamie got the red crayon. Even though I am frustrated, I am not going to hit him and take the red crayon,” she said.

That control demonstrates stages critical to emotional learning: recognizing one’s emotions, labeling them yourself, then choosing how to interact about them, Harvey said.

“Inadvertently, well-meaning parents thwart the emotional intelligence of children by trying to protect them from normal emotional upheavals in their lives,” said Susan Bishop of Richmond, Virginia, executive vice president of Rainbow Station preschools. Their preschools use a program called “Leader in Me” based on principles of Sean Covey’s “Seven Habits of Happy Children.”

“I think too often parents deny children the ability to work through emotions and normal problem-solving — that it’s OK to feel sad, OK to feel angry. … Well-meaning parents want their children to never feel the pains of life,” Bishop said.

But that stunts children socially and emotionally so they struggle with compassion, responsibility and teamwork, among other things.

Rainbow Station can quantify some results since it started focusing on helping children be understood and understand others, said Bishop. Every bump and bruise is evaluated by a school nurse, so they know how many were caused by splinters, by bikes, by running on the playground — and by interpersonal altercations.

It tracked visits for injuries from interactions in a group of 150 children since implementing the program, watching it fall pretty steadily from 303 in 2009 to 29 last year.

“I know there are extraneous and confounding variables in this data, but it shows a 90 percent decrease in trips to the nurse due to conflicts between children,” Bishop said. “They problem-solve in a better way, communicate, self-regulate and empathize with others’ point of view. It’s a maturity that’s generally out of reach in preschoolers.”

While early years are important for developing emotional intelligence, parents can at any age promote social and emotional learning, Miller said. Middle school, for example, is socially tough. It helps enormously if adults demonstrate belief that a child can handle and problem-solve friendship difficulties. Parents who offer too many suggestions or tell a child what to do contribute to a lack of confidence and sometimes kids don’t develop skills, Miller said.

It’s like a kid who struggles with math. You don’t say, “Maybe you’re just not good at it. I wasn’t,” she said. “Parents need to express confidence that with time and patience and hard work, the child can master anything.”

High schoolers need practice in responsible decision-making. Teens are aging into the territory of adult choices, including high-risk safety issues. It’s important they develop consequential thinking. “They need plenty of experience talking about cause and effect,” Miller said. “If you do this, what do you think the outcome will be? What consequences will there be for your friends, for yourself, for others?”

Asking good questions is critical if one wants an emotionally intelligent child.

Thinking about consequences for others helps children develop empathy, something that comes up repeatedly in discussing emotional intelligence. Children also develop empathy through service opportunities and being sensitive to those around them and how they can make their lives better.

Teamwork is a great way to build emotional intelligence, and music helps develop that skill, said Alexandra Eaton, legislative policy adviser to the National Association for Music Education in Reston, Virginia. A wonderful young trumpet player still needs to listen to and work with the other musicians to make great music, she said.

In the realm of education, Eaton has seen students who struggle with emotional development learn to connect with their emotions and others’ emotions through music. She credits music classes with challenging students to analyze emotions, such as what a composer was feeling or what lyrics really mean. “In school, music programs are strongly linked to emotional development,” she said.

American society is not particularly emotionally intelligent, said Harvey, citing a tendency to be plainspoken, even rude. Americans often cut each other both off and down while telling children they need to be respectful.

“You cannot lead where you haven’t been,” she said, lamenting a lack of role models for emotional intelligence.

Hectic lives hamper helping kids become emotionally intelligent, said Josh Berry. “It takes time to let (kids) stop and process thoughts when they’re working through something.” It would be easier and faster for parents to provide the answer, but it doesn’t help grow desired skills.

“We’re in a directing role a lot,” said Miller. “But some of it is backing off and looking for those chances to help our kids make known their own ideas, decisions and thoughts.”

Harvey has seen the fruits of emotional intelligence. Besides not bullying, an emotionally intelligent kid can stand up for someone who is being bullied. It takes an empathetic kid to see his own actions hurt someone else.

While some kids are naturally empathetic, others can be helped to develop the trait. It’s harder, though, Harvey said, if parents have not themselves matured emotionally. Sometimes they need help developing their own emotional intelligence.

“Most research shows children live the lives their parents live, so if you are going to help the children, you have got to help the parent.”Men are particularly good at helping kids develop emotional intelligence, Harvey said. One reason may be that women “rescue” kids, while men let them figure things out and even let them become a little frustrated before stepping in to help. 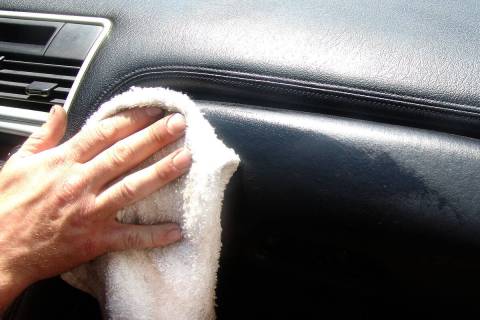