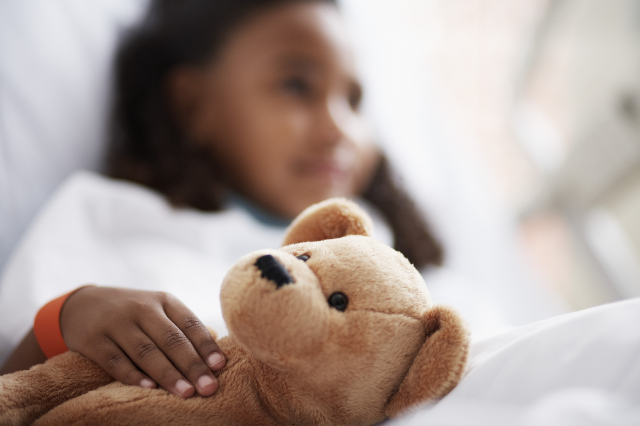 Race appears to affect the odds that a child or teen with appendicitis, a painful condition requiring surgery, will get pain medication, particularly opioid medication, according to a new study.

“Pain management with opioids is one of the mainstays of treatment,” Goyal told Reuters Health by phone.

“We were surprised that less than 60 percent of all kids received any analgesia . . . and among the kids that actually received it, why there were such marked racial differences in use of opioids,” she said.

Previous studies have documented racial disparities in emergency department treatment or management of adult patients, but these results specifically among children are particularly striking, she said.

Goyal and her coauthors used data from the National Hospital Ambulatory Medical Care Survey from 2003 to 2010 on almost 1 million patients age 21 or younger who were diagnosed with appendicitis in an emergency room.

Twenty-one percent of black children, compared to more than 40 percent of white children, received an opioid, the researchers reported in JAMA Pediatrics.

“It should also be noted that these data were collected between 2003 and 2010, so some of this information is over a decade old and one might hope that things would be different if the data were collected today,” said Dr. Eric W. Fleegler of Boston Children’s Hospital and Harvard Medical School.

“Not all patients with appendicitis experience the same pain — it is highly variable depending on the duration of symptoms and the degree of inflammation,” added Dr. Neil L. Schechter, Fleegler’s colleague and his coauthor on an editorial published with the research. “Typically, however, analgesics are prescribed for appendicitis.”

“The bottom line with all of this is that pain matters, its treatment should be patient centered and individualized, and every patient should feel reassured that they will be treated equally,” Fleegler and Schechter told Reuters Health by email.

The study wasn’t designed to investigate why these racial disparities exist, but there are likely many important factors, including conscious and unconscious bias on the provider level, institutional practices, parental practices and societal preferences, Goyal said.

Race, socioeconomic status and insurance coverage should not affect pain management for appendicitis in the emergency room, she said.

“Really understanding racial disparities in healthcare is extremely important,” Goyal said. “Once we acknowledge that these types of disparities exist, we can move on to developing interventions to achieve health equity.”

National benchmarks can help hospitals gauge how they are doing compared to others around the country, Fleegler and Schechter said in their email. If they are using more or less opioids for a given condition, then an education program for staff helping them look critically at their own practice may be helpful, they said.