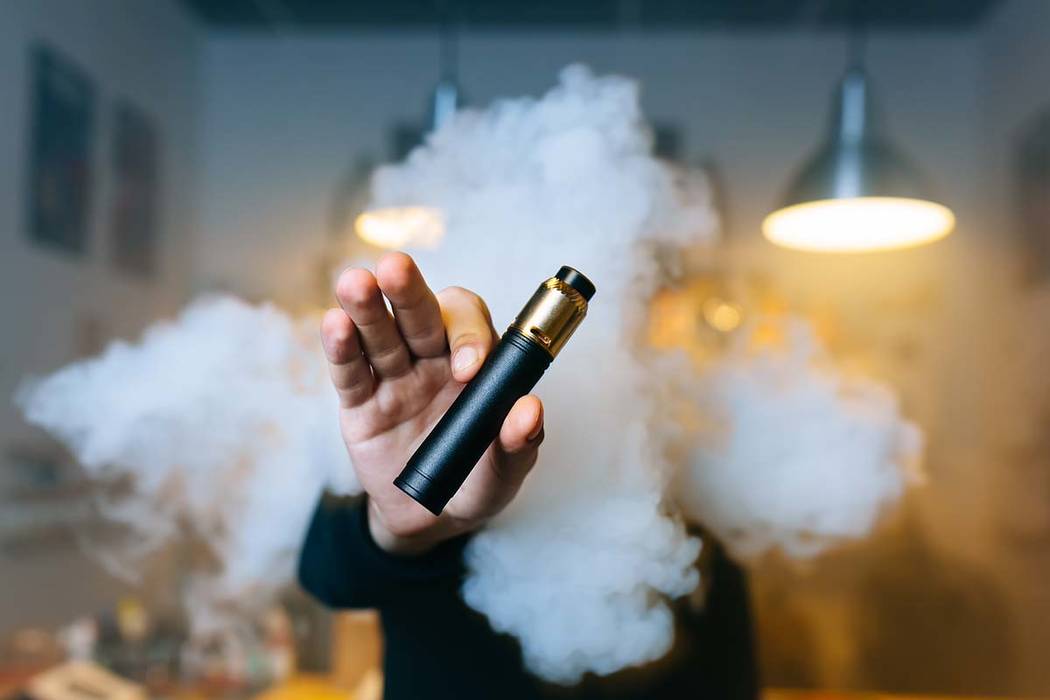 The Southern Nevada Health District on Monday confirmed a fifth case in a Clark County resident of lung injury associated with the use of e-cigarettes and vaping products.

A spokeswoman for the Southern Nevada Health District said she could not discuss whether the most recent case involved a 19-year-old Henderson resident who was hospitalized with a serious lung ailment for three weeks in August, when the first cases of vaping-related illness were coming to light. The Review-Journal in November reported on the case of Nathan Harrington, who told the newspaper he had vaped both nicotine and marijuana products as well as CBD oils in the months before his hospitalization.

Nathan’s family was recently contacted by investigators with the Southern Nevada Health District, but they have not yet been interviewed by the agency, his mother, Katherine Hall, said Monday. Nathan’s doctors have told Hall that they believe his illness stemmed from vaping.

The Centers for Disease Control and Prevention has identified vitamin E acetate as a chemical of concern among people with lung injuries associated with e-cigarette use.

Recent CDC testing of samples of fluid collected from the lungs of 29 patients with such injuries from 10 states found vitamin E acetate in all of the fluid samples. Vitamin E acetate is sometimes used as an additive in the production of e-cigarettes or vaping products, the health district said.

“While it appears that vitamin E acetate is associated with these illnesses, there is still not enough evidence to rule out other chemicals of concern,” said Dr. Michael Johnson, director of the Community Health Division of the Southern Nevada Health District. “Other substances and products are still under investigation by the CDC, and there may be multiple factors contributing to this outbreak.”

Vaping involves inhaling vapor from a usually battery-operated electronic device such as a e-cigarette that heats up and vaporizes a liquid or solid.

“We continue to recommend that people not use e-cigarettes and vaping products, particularly those from informal sources such as friends, family or unlicensed dealers,” Johnson said.