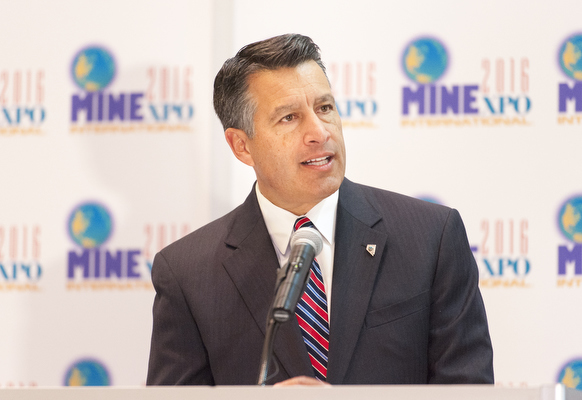 Nevada Gov. Brian Sandoval told the state dental board to address problems with its patient-complaint-resolution process at a heated meeting Tuesday in which dental professionals accused the regulators of corruption, bullying and extortion.

“There’s something not right here and it needs to be fixed,” the Republican governor said after hearing complaints and tearful accounts about the alleged problems.

About 10 dentists, dental hygienists and others took over the public comment section of Tuesday morning’s meeting of the Nevada State Board of Examiners, claiming the Nevada State Board of Dental Examiners and its outside counsel, attorney John Hunt, coerced them to acknowledge wrongdoing and pay money to the dental board after they were the subject of patient complaints.

Several of them shouted or cried while addressing Hunt, who they argued benefited from the money collected by the board.

The dental professionals aired the complaints at the meeting of the Board of Examiners, consisting of the governor, the secretary of state and the attorney general, at which a $500,000 increase to Hunt’s contract was being considered. Action on that proposal was postponed.

The meeting took place in Las Vegas and Carson City, with communication between the two regions via teleconferencing equipment.

Hunt, who arrived at the Las Vegas location in the midst of the testimony, defended the process, telling the board that the complainants entered into the agreements willingly at the advice of their own legal counsels.

Dentists can enter stipulation agreements with the dental board’s counsel, generally agreeing to pay investigative and other costs to the board rather than going before the full dental board, where they could face additional costs and steep fines if found guilty.

“Everybody here has been coerced and under duress forced to sign a stipulation,” said Dr. Adrian Ruiz, a Henderson dentist who said Hunt had threatened to suspend his license if he continued to fight a claim that he prescribed controlled substances to nonpatients.

But in an email to the Review-Journal after the meeting, Hunt said he didn’t push the dental license-holders to sign the agreements.

“Each of these individuals admitting or acknowledged wrongdoing and harm to the citizens of Nevada,” he wrote. “All were based upon patient complaints.”

He added that only the board has the authority to approve stipulation agreements, not him.

Sandoval, who appoints the members of the dental board, said that anger over the issue, which has surfaced at previous meetings of the Board of Examiners and in letters sent to his office, indicates the time has come for the 11-member board to address the problem.

“I’ve never seen that happen before with people as upset as they are with … the board of dental examiners,” he said, referring to his experience with other state boards over his career as an elected official.

The claims by the dental professionals previously helped spur a legislative audit of the dental board. The audit, presented in June, found systemic errors with the board’s record-keeping and concluded that it had overcharged many individuals it was investigating.

Members of the subcommittee also took issue with the board’s handling of Hunt’s contract as well as its overall handling of patient complaints.

The current process, they said, left dentists and other practitioners believing they either had to accept a settlement agreement or risk steeper punishment if found at fault during a final board hearing.

“That’s where the allegation of extortion comes in,” Assemblyman Glenn E. Trowbridge, a member of the subcommittee that conducted the audit, said in June. “Either pay me now or we’ll look into it deeper and you’ll pay me more.”

Hunt took issue with the characterization on Tuesday, saying there is a judicial review process that complainants haven’t utilized.