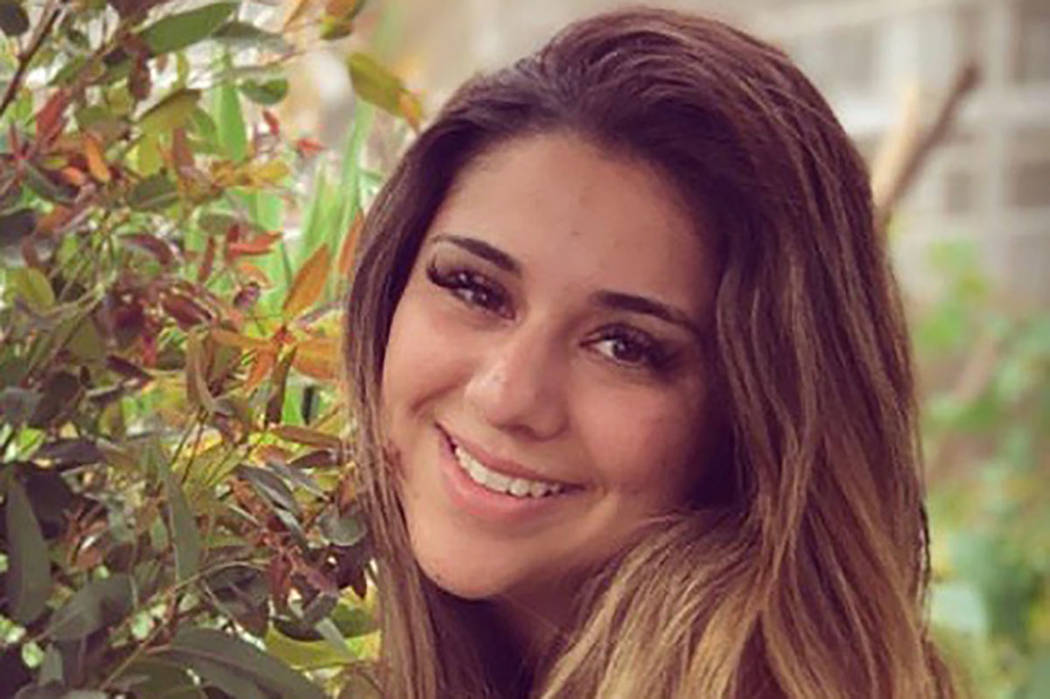 January 2019 photo of Ashleigh Cope provided by her family. 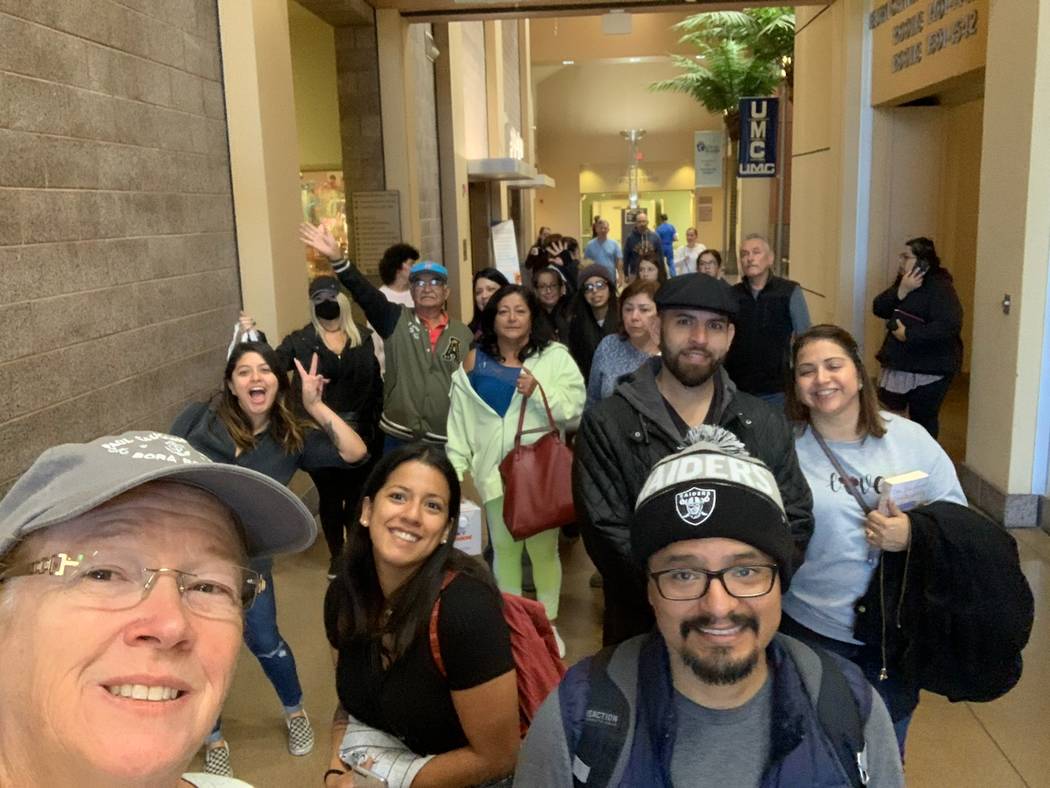 Family and friends of Henderson resident Ashleigh Cope are holding out hope that the 22-year-old reached a turning point Thursday in her fight against a rare, often fatal infection caused by what is commonly referred to as “flesh-eating bacteria.”

Ashleigh, who is on life support in a Las Vegas hospital, became ill the Tuesday before Thanksgiving following an outpatient surgery at a Henderson clinic.

She was hospitalized the next day, and then on Thanksgiving she “flatlined” and has been on life support ever since, said family friend Heather DeLong.

“They gave us almost no chance of survival for her,” Ashleigh’s mother, Andrea Cope, said Thursday.

“Everyone was saying their goodbyes,” DeLong added.

On Saturday, Ashleigh was transferred from a hospital the family declined to name to the UMC Lions Burn Care Center. “Coming here was the last shot she had for survival,” said DeLong, who praised the attentiveness and compassion of the nurses and doctors there.

Ashleigh had been diagnosed with necrotizing fasciitis, which the Centers for Disease Control and Prevention describes as “a rare bacterial infection that spreads quickly in the body and can cause death.”

Health authorities believe that a type of Streptococcus — the bacteria responsible for “strep throat” and other maladies — is the most common cause of necrotizing fasciitis, which can enter the body through cuts, burns, surgical wounds and even insect bites.

“It is very rare for someone with necrotizing fasciitis to spread the infection to other people,” according to the CDC. The infection is fatal for up to one in three people who contract it. About 700 to 1,200 cases are documented each year in the U.S.

The first line of defense is IV antibiotics and surgery to stop the spread of infection. “Sometimes, however, antibiotics cannot reach all of the infected areas because the bacteria have killed too much tissue and reduced blood flow,” according to the CDC. “When this happens, doctors have to surgically remove the dead tissue.”

Ashleigh had her sixth surgery Thursday morning. “They’re thinking they got ahead of the infection,” said family friend Patty Frank, who gathered with family and friends in the UMC cafe to speak with a reporter.

Ashleigh’s family and friends did not disclose the nature of the outpatient surgery that preceded the infection or where it took place, out of concern, they said, for Ashleigh’s privacy.

Andrea Cope said that the night after the surgery, her daughter began having pain at the surgical site and “couldn’t keep anything down.”

“It just snowballed,” she said, resulting in her daughter going to a local emergency room.

Ashleigh quickly developed sepsis, a serious blood infection, and her kidneys began to fail. And she developed infected tissue from her rib cage to her knees.

A sign of improvement is that her blood pressure has stabilized, her family said.

“We’ve got to focus on the hour by hour,” said Ashleigh’s uncle, Doug Cope, one of dozens of friends and family members who’ve been to the hospital in the past week to support Ashleigh.

Ashleigh was in good health and fit before her hospitalization, her mother said. The mother and daughter had done yoga and pilates — “nothing strenuous” — the day before her surgery.

Hospital staff have credited her youth and her physical fitness with helping her survive.

“She never gives up,” added her mother, a real estate agent who has two other children ages 17 and 10.

Ashleigh, who has a license in cosmetology, began a new job as a receptionist and secretary a month ago and does not have insurance. Friends have set up a GoFundMe account to assist the family with medical expenses. As of Thursday afternoon it had raised a little more than $9,000.