An imaging test that can for the first time help doctors detect brain plaque tied to Alzheimer’s disease will be available next month at the Cleveland Clinic Lou Ruvo Center for Brain Health.

It is a tool that enables clinicians to detect Alzheimer’s earlier and more precisely in patients at the earliest sign of memory problems, an advancement that should lead to accelerated treatment and development of drugs against the disease, according to Dr. Jeffrey Cummings, director of the Ruvo Center.

The strengthening of the Ruvo Center’s detection program, made possible eight weeks ago by FDA approval of a new radioactive dye developed by Eli Lilly and Co., was revealed during wide-ranging interviews Thursday and Friday with Cummings and European scientist Dr. Philip Scheltens, who is speaking today at an international conference on dementia at the Ruvo Center.

Scheltens, a world-renowned researcher from the Netherlands who specializes in imaging and biomarkers for Alzheimer’s, will speak to Southern Nevada primary care doctors about how the new imaging test can best be used to help them ascertain whether patients with memory problems are suffering from Alzheimer’s.

“This test should greatly help doctors decide how to treat their patients with memory problems,” he said Friday. “It could be that someone is just suffering from depression.”

To those who are found in the early stages of the disease, Cummings noted that practitioners could “engage the family in discussions, let people know that their loved one can still take that long hoped for trip to Tuscany while still relatively cognitively intact. We can help people have the kind of end of life discussions that they should have.”

Cummings said new drugs coming on the market through drug trials also show evidence of slowing down the disease.

“The sooner we get them those medications, the better,” he said.

The test requires that a clinician inject a patient with a chemical called florbetapir, a radioactive agent that binds to clumps of a toxic protein called beta amyloid that accumulates in the brains of patients with Alzheimer’s.

Neurologists then can see the plaque light up on a positron emission tomography, or PET, scan.

Plaques are always part of the criteria for having Alzheimer’s, Scheltens noted, so its absence would tell doctors to look for other causes of mental decline.

“This is something that doctors come across all the time, so I can see doctors frequently wanting to use this for their patients,” Scheltens said.

Eli Lilly has cautioned that the test by itself should not be used for an absolute diagnosis of Alzheimer’s because brain plaque can be tied to other neurologic conditions and may occur naturally in older people with normal mental states.

But Scheltens said that if the test is used with magnetic resonance imaging and other standardized biomarker examinations, it can be nearly definitive.

“Without the scan, the only way we knew for sure someone had the plaque that was tied to Alzheimer’s was through an autopsy,” Cummings said.

Cummings said the new PET scan equipment at the Ruvo Center should be fully operational by mid-July, but he isn’t sure how quickly the test will be used for more than research purposes locally.

“It may be a few weeks before the FDA allows it for commercial use,” he said. “But the biggest holdup could be when insurance will cover the test. That could be a year.”

Eli Lilly has put the cost of each dose of radioactive substance at $1,600, and Cummings said he doubted that the actual cost of testing would be less than $2,000 at the Ruvo Center.

Proponents of the new test, including Cummings and Scheltens, have said the lack of ability to reliably diagnose patients in the early stages of Alzheimer’s has hurt research. Many investigators think that drug trials may have failed because patients enrolled in studies had progressed too far in the disease for treatments to be effective.

According to Cummings and Scheltens, the new test can accelerate research by accurately identifying people at high risk for developing the disease.

It can also be helpful, they said, in tracking disease progression in the brain.

The FDA kept the test off the market for more than a year because there was a concern that doctors couldn’t read scan results accurately and consistently.

Online and in-person training programs were developed for physicians by the FDA.

“I think that was a good idea,” Scheltens said. “There is a lot at stake in a diagnosis. You don’t want to make a mistake because you can’t read the scans correctly.” 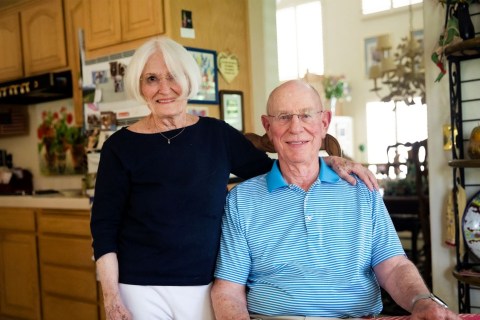 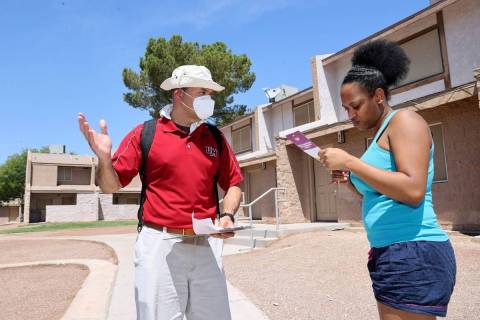 Vaccine hesitancy and lacking access continue to be hurdles as coronavirus cases remain on the rise in the state. 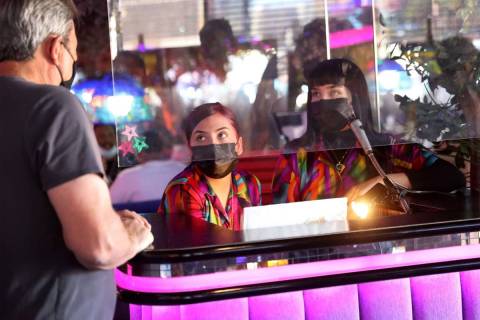 Nevada Gov. Steve Sisolak imposed a new mandate Tuesday that requires everyone, vaccinated or not, to wear masks indoors in public places in counties with high rates of COVID-19 transmission, including Clark County.