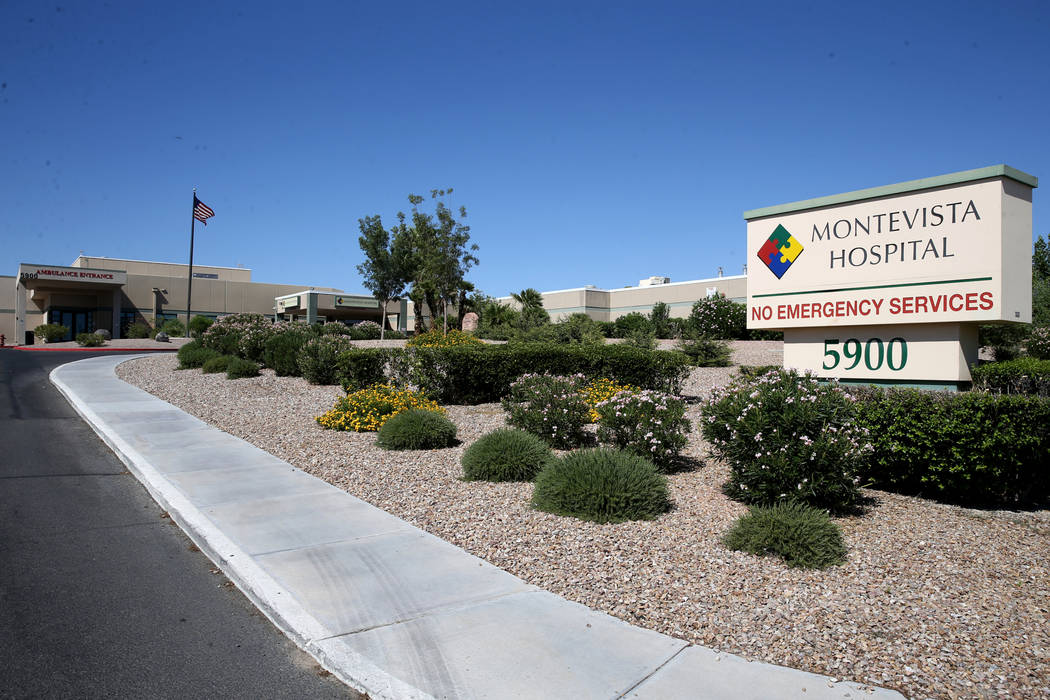 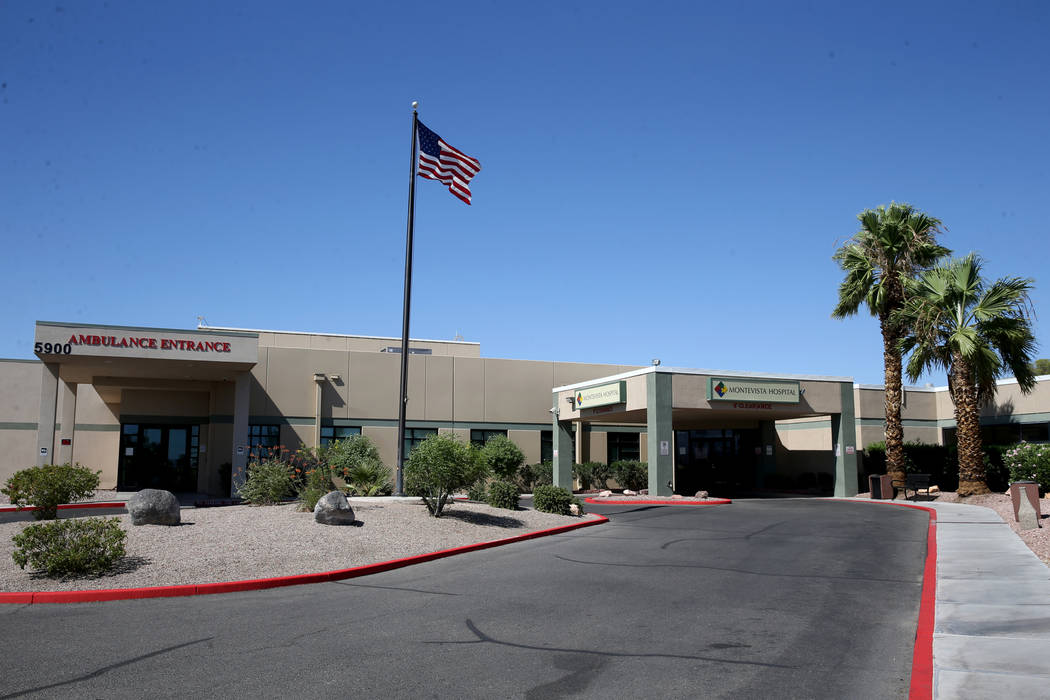 Citing concerns about patient health and safety, state and federal regulators are cutting off Medicare and Medicaid reimbursements for Montevista Hospital in Las Vegas — one of the biggest psychiatric facilities in Southern Nevada — and have prohibited it from accepting new patients.

The 202-bed psychiatric hospital has been cited for “immediate jeopardy,” defined as noncompliance with government regulations that “has caused, or is likely to cause, serious injury, harm, impairment or death” to a patient, according to a spokeswoman for the Centers for Medicare & Medicaid Services (CMS), a branch of the federal Department of Health and Human Services.

As a result, Nevada regulators on July 25 imposed a ban on new admissions to the hospital. The state also has imposed fines of $19,000, which “may be mitigated by an agreement with the facility to use the money to correct the deficiencies,” said Paul Shubert, chief of the Bureau of Health Care Quality and Compliance, part of the Nevada Department of Health and Human Services.

The CMS took the extraordinary action of terminating its agreement with Montevista effective Aug. 14 and will cease payments to the hospital for Medicare or Medicaid patients admitted to the hospital. On average, only four to six U.S. hospitals a year fail to make the changes necessary to continue participating in the Medicare/Medicaid program, resulting in the termination of their agreement, said Julie Brookhart, a spokeswoman for the federal agency.

Federal payments for services for Medicare and Medicaid patients admitted before Aug. 14 will continue for 30 days to “facilitate appropriate movement and placement” of patients, according to a letter sent by the federal agency to the hospital.

It was not immediately clear what impact the federal action would have on the hospital’s in-patient programs.

A statement provided to the Review-Journal by Montevista Hospital said it “has made significant operational changes, including new processes and the appointment of a new leadership team.”

“We have implemented a detailed plan of correction and look forward to demonstrating to CMS that we are in full compliance with the conditions of participation,” the statement continued.

Regulators initially inspected the hospital in January in response to complaints. The hospital was informed in March that its Medicare-provider agreement could be terminated if it did not come into compliance with federal rules. Although the hospital contended it had corrected all deficiencies, the agency determined on June 14 that the hospital was “still was not in substantial compliance.”

Regulators identified an “immediate jeopardy” situation on June 5 regarding incidents of patients giving medication provided to them to other patients, by hiding or “cheeking” the medication, according to federal documents. They also documented situations on June 5 and June 12 where patients set off sprinklers resulting in patients escaping from the facility, including one who was not recovered and did not return. Those immediate threat were abated by June 12, according to the documents.

Less than 2.5 percent of surveys of hospitals by the federal agency result in findings of “immediate jeopardy,” Brookhart said.

The centers determined that the documented deficiencies “limit the hospital’s capacity to render adequate care” and could adversely affect patient health and safety, according to a July 30 letter from the CMS to the hospital’s then CEO Stephen McCabe.

Asked if there have been longstanding problems with the facility, Brookhart responded: “There have been multiple federal and state surveys at the facility that have identified continuing condition-level noncompliance, including instances of immediate jeopardy, which means an immediate threat to the health, safety, and welfare of beneficiaries and patients of the facility.”

Hospital can be reinstated

Montevista Hospital may apply for federal reinstatement. However, according to regulations, reinstatement cannot occur before on-site surveys are completed over a period of at least 90 days. The state may lift the ban on admissions once compliance is achieved, Shubert said

According to its website, Montevista Hospital is “an acute behavioral health hospital serving children, adults and seniors.”

With 202 beds, the hospital is the second-largest psychiatric hospital in Southern Nevada behind the state-operated Rawson-Neal Psychiatric Hospital, according to documents from the state. Montevista also has 92 beds for adolescents, the most of any hospital in the region.

“The loss of any residential treatment beds is a blow to the state’s mental health safety net, but the effect on the Clark County Department of Family Services will be minimal,” said Erik Pappa, a spokesman for Clark County government. “We have not relied heavily upon Montevista for long-term care. For instance, last year we placed just six youths at Montevista for such care. But the department also placed 62 youth at the facility last year for short-term emergency stabilization. Nonetheless, we are confident other community partners will be able to meet our short-term care needs.”

The statement from Montevista stressed its importance in the community.

“For more than 30 years, Montevista Hospital has earned a reputation as a trusted community partner by providing high-quality care to thousands of patients suffering from mental health and substance abuse challenges,” it said. “Our services continue to be vital to addressing behavioral health needs in this community and surrounding region. While this is a challenging time for our hospital, we look forward to continuing to provide outstanding service to our community.”

The hospital is owned by Strategic Behavioral Health, which operates facilities across the country. The company’s Denver-area facility is under investigation by state and federal regulators, who have moved to close the facility, according to a report by the Denver NBC affiliate. The company has denied the charges made against it in Colorado.