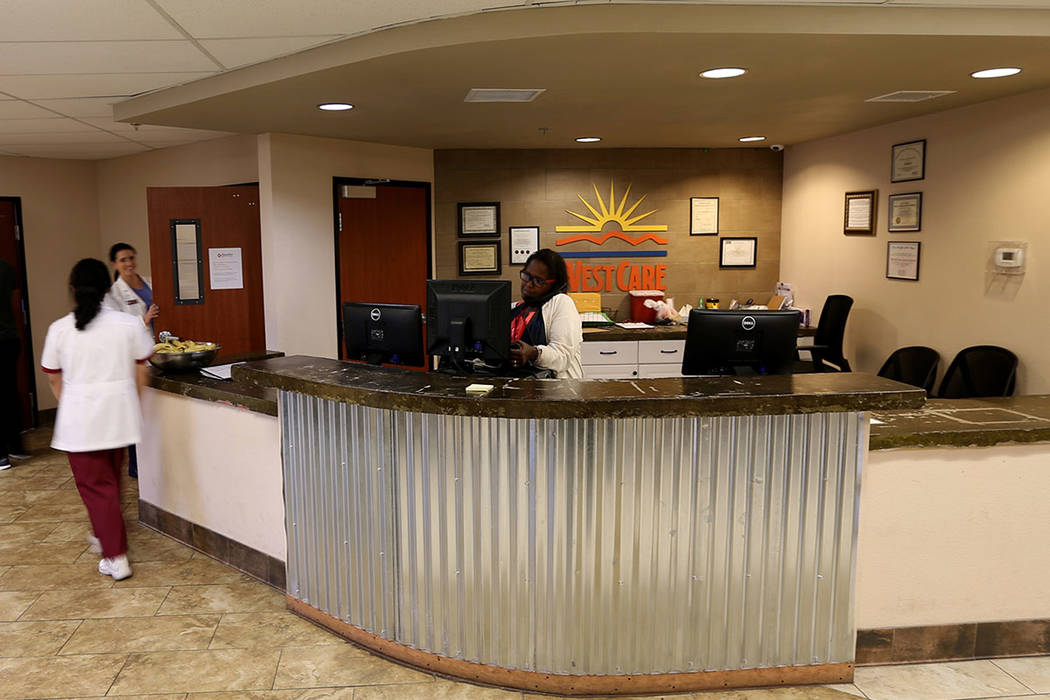 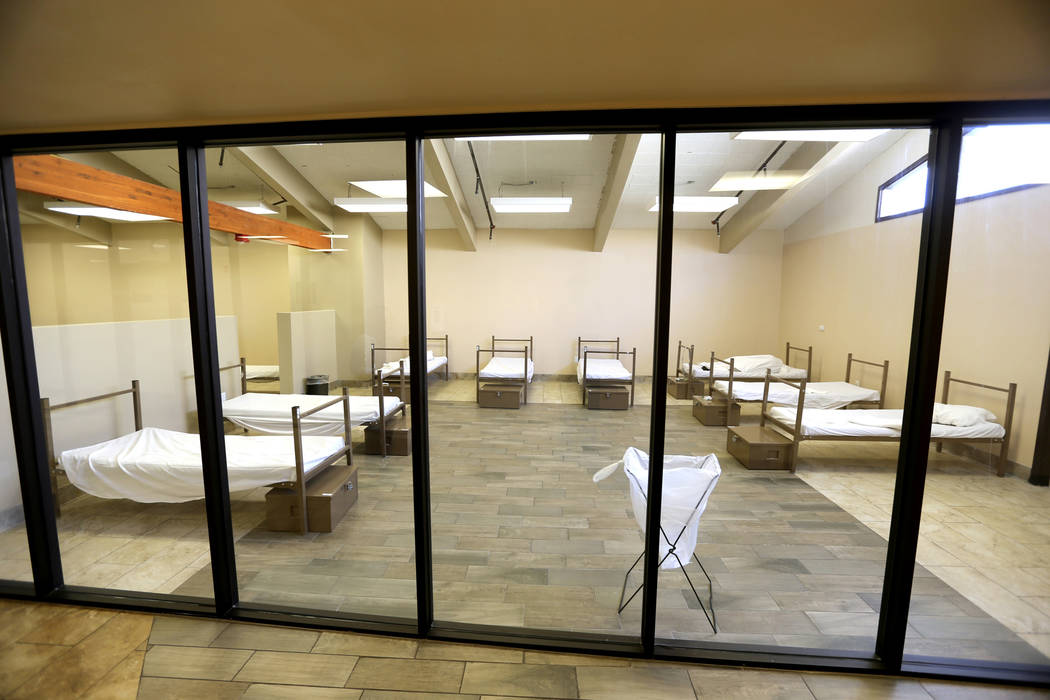 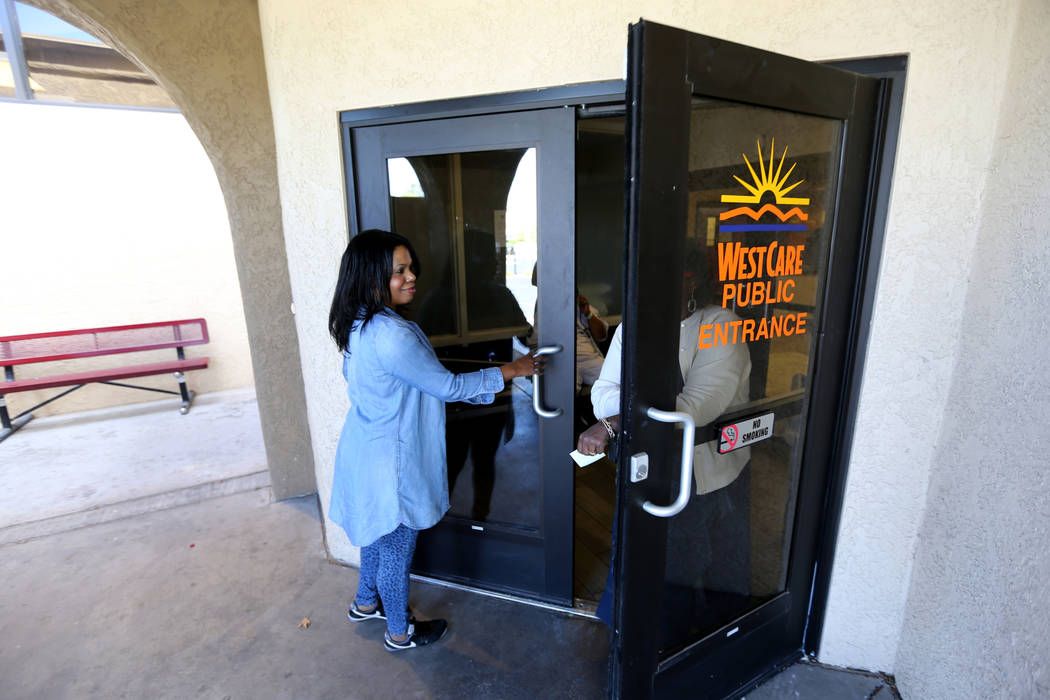 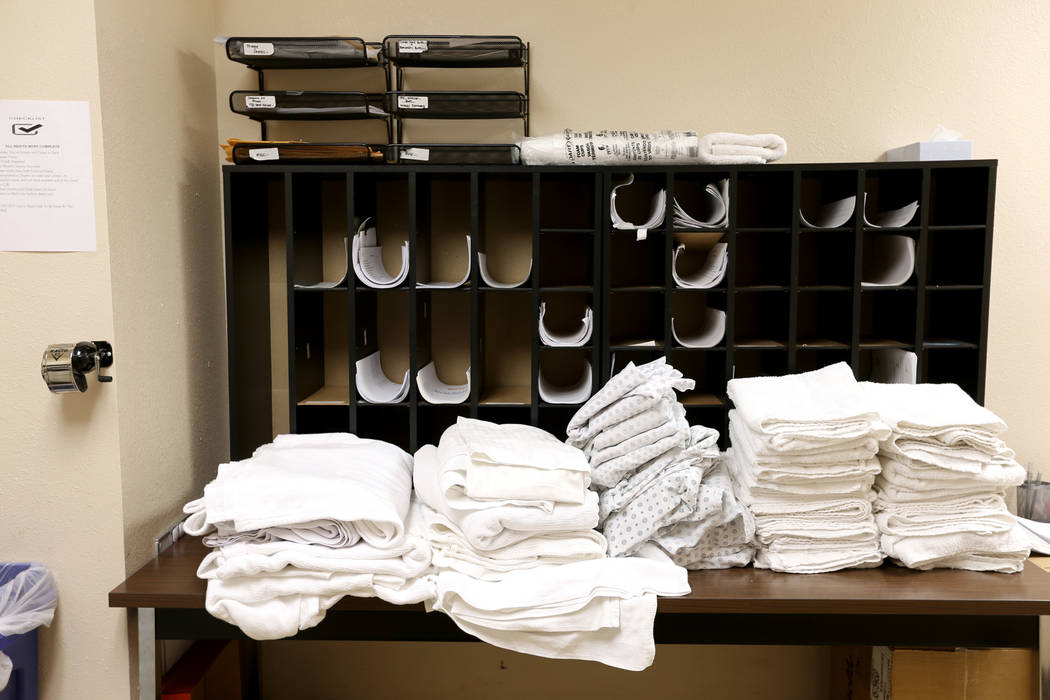 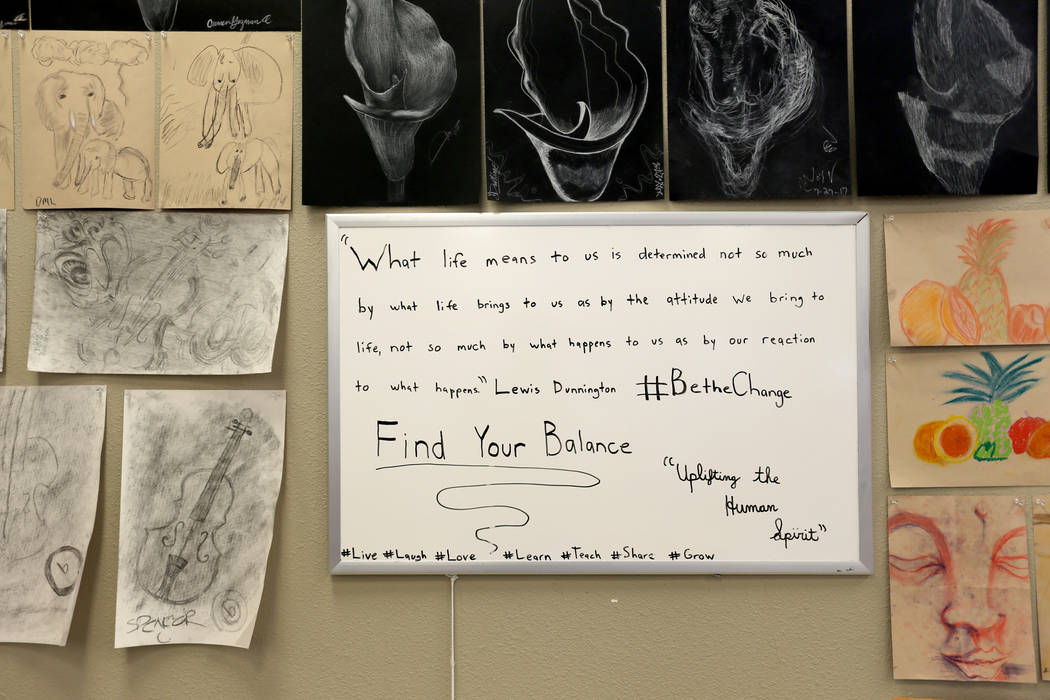 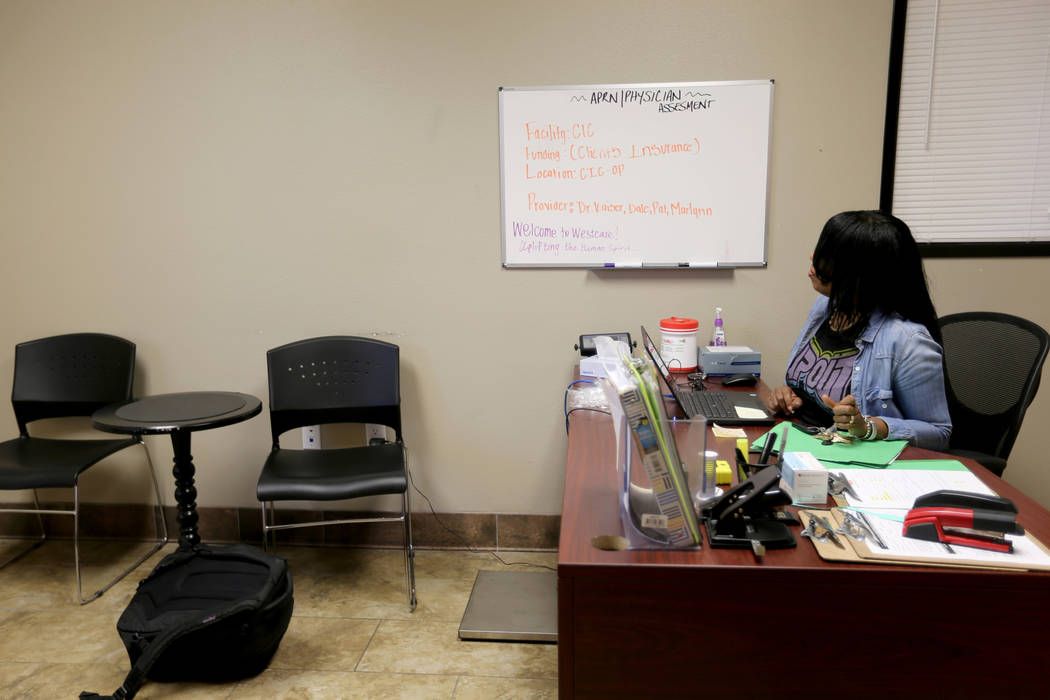 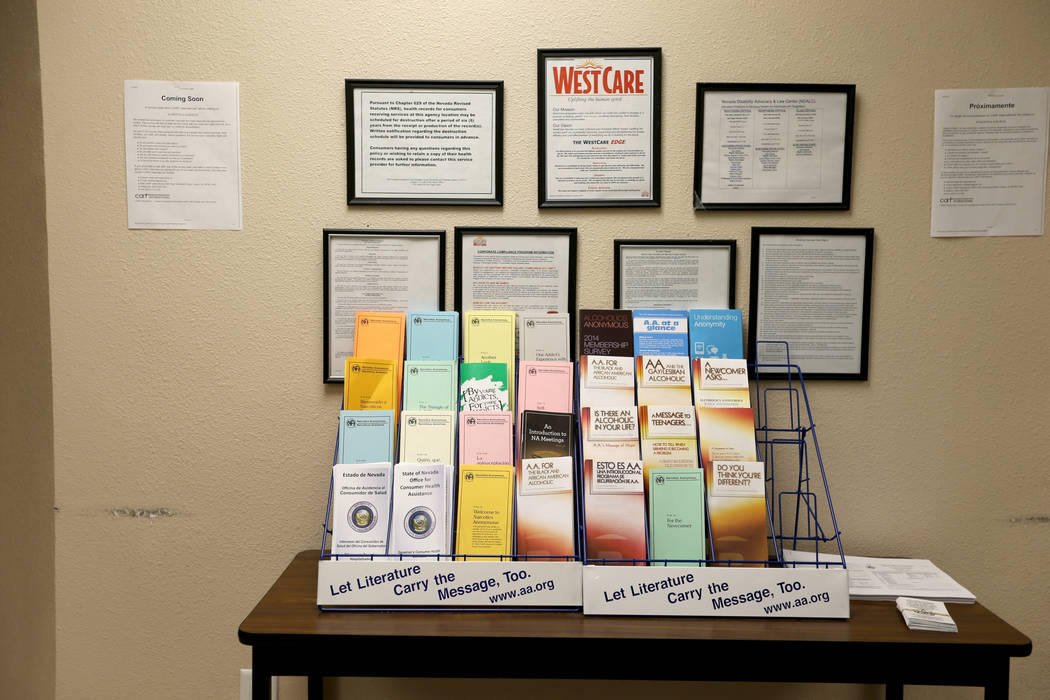 A national chain of nonprofit treatment centers is threatening to close its only remaining clinic for drug addicts and the mentally ill in Las Vegas by the end of May amid a funding dispute with state and Southern Nevada governments and hospitals.

If that happens, one expert warns, jails, hospitals and the neediest members of the community will bear the burden.

WestCare, which operates clinics in 19 states and three countries, says it will have no choice but to close its Community Triage Center at 323 N. Maryland Parkway if the funding dispute is not resolved.

The clinic, funded by an “interlocal agreement” among the state and Southern Nevada entities, provides 50 triage beds for substance abusers and the mentally ill — many of them uninsured and destitute — and coordinates with other caregivers to secure long-term treatment or placement for them.

It says it has run up a $6 million deficit over the past 22 months as the state Department of Health and Human Services, Las Vegas area hospitals and Southern Nevada government entities, including Clark County and the city of Las Vegas, have failed to live up to their commitment to make $2.8 million payments in the 2017 and 2018 fiscal years.

Instead, according to WestCare spokesman Bob Vickrey, the clinic has received partial payments and some services in kind.

Representatives of Nevada Gov. Brian Sandoval and Clark County deny they haven’t kept up their end of the bargain, and they accuse WestCare of shoddy record keeping. They also say clinic operators failed to renew their contract for fiscal 2018 and may have been “double dipping” by charging Medicaid and accepting the partnership’s funding for the same services.

Mike Willden, Sandoval’s chief of staff, said the state sent eight checks to WestCare between April 2017 and July 2017 totaling $124,000, including $82,000 at the end of July. At that point, he said, WestCare representatives did not seek a new contract for fiscal 2018, he said.

Vickrey couldn’t explain the discrepancy between the clinic’s records and those of the state and said he was not aware of an expiration date on the contract.

WestCare, which once served 120 in three triage centers in Nevada, closed its Reno clinic April 5. It had previously shuttered a clinic on Fourth Street in Las Vegas on Nov. 1.

It also was dropped in March from a federal program in Nevada that provided enhanced Medicaid reimbursements to designated mental health clinics if they followed a list of criteria. WestCare has appealed to the state to regain the status.

Vickrey said the dispute boils down to a disagreement between the partnership groups and WestCare over how much Medicaid reimbursement the triage center should receive.

That contention seems to be at least partly supported by a Clark County audit completed in January that concluded the treatment center owes more than $1 million in credit for services already covered by Medicaid that were also paid for through the interlocal agreement. WestCare offered its funders about $655,000 in credit, the audit said.

Vickrey declined to comment on the amount owed but said either figure “paled in comparison” to the $6 million deficit incurred while the clinic has gone with inadequate funding.

“At the end of the day, without any real dialogue between (WestCare) and the city and county, I think there were presumptions made that Medicaid is there and Medicaid will take care of it. Medicaid isn’t the end-all, be-all,” said Vickrey.

Nevada’s 2014 Medicaid expansion provided health insurance to 200,000 more Nevadans, but many of the mentally ill — a population that is notoriously difficult to enroll in the program — remain uninsured, according to Vickrey. WestCare, in a written response to the county audit in December, said between 35 percent and 50 percent of its clientele has no insurance, meaning the clinic gets no reimbursement for their care.

‘Our only safety net’

WestCare opened its community triage centers under the interlocal agreement starting in 2002 to relieve overcrowded hospital emergency rooms, which were crumbling under the crush of substance abusers who had nowhere else to go. Emergency rooms, jails and substance abusers in desperate need of a safe detoxification facility will bear the burden if WestCare leaves Las Vegas, said Dr. Lesley Dickson, medical director for the Center for Behavioral Health and executive director for the Nevada Psychiatric Association.

County Commission Chairman Steve Sisolak, who is running for governor, said county administrative staff are carrying out discussions with the state and WestCare in an effort to reach an agreement. He said he hopes an accord is reached, because the loss of WestCare services would be devastating.

“My concern is the services and the lack thereof,” he said. “That’s our only safety net. We have to do something.”

City of Las Vegas officials could not be reached for comment Friday.

On the morning of April 6, one day after WestCare staff in Reno left their office with a note on the door stating the clinic wouldn’t open the next day, first responders drove intoxicated community members there as usual, anticipating open arms. When they found the clinic closed, they drove the patients to the nearest ER.

“There’s a lot of angry people,” Willden said of the abrupt clinic closure, warning WestCare not to do the same in Las Vegas.

“If we’re running out of time sooner than they think they are, they need to communicate with community partners and not just close things overnight,” he said. “That caused some chaos for a couple days up here.”

3
Will Donald Trump run for president again, win in 2024? Bet on it

4
Nevada aims to build out distance learning 1.0 into permanent option