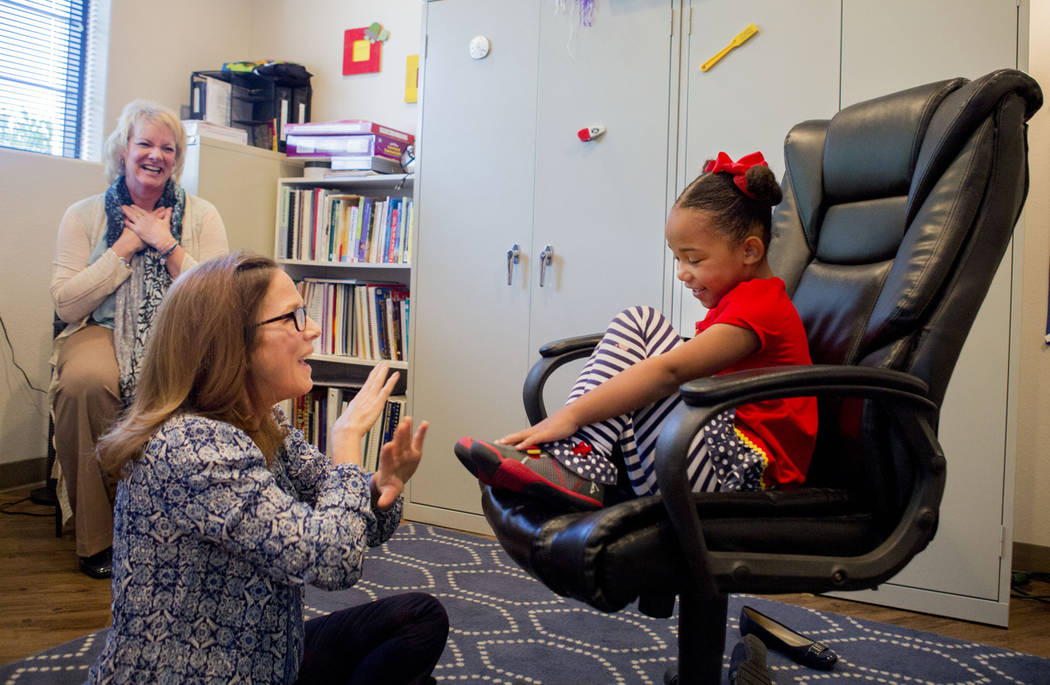 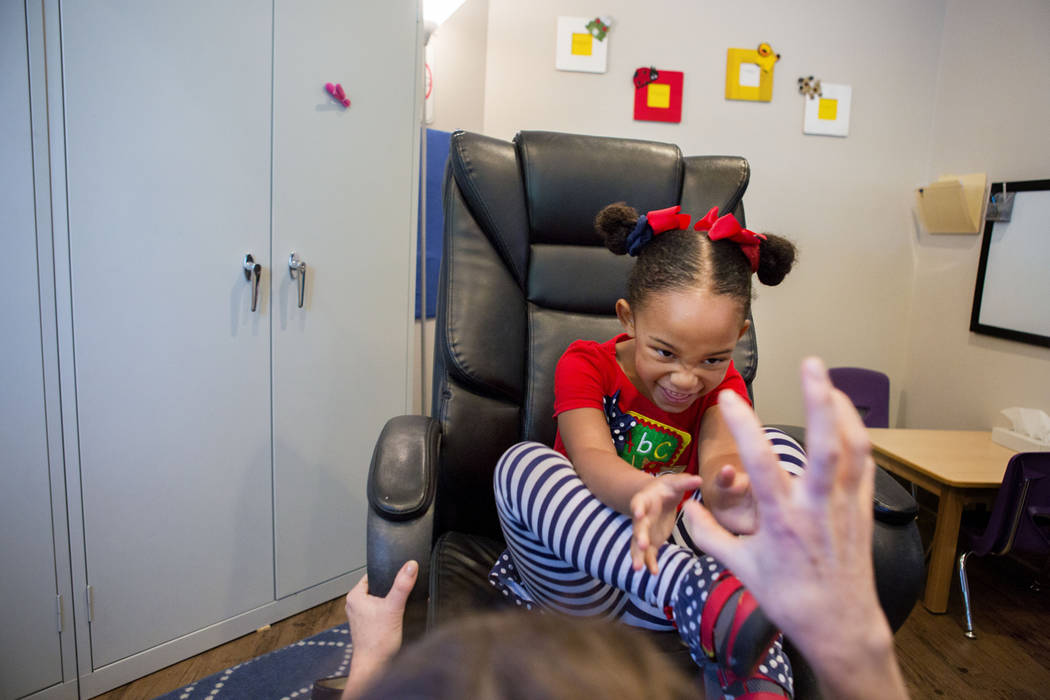 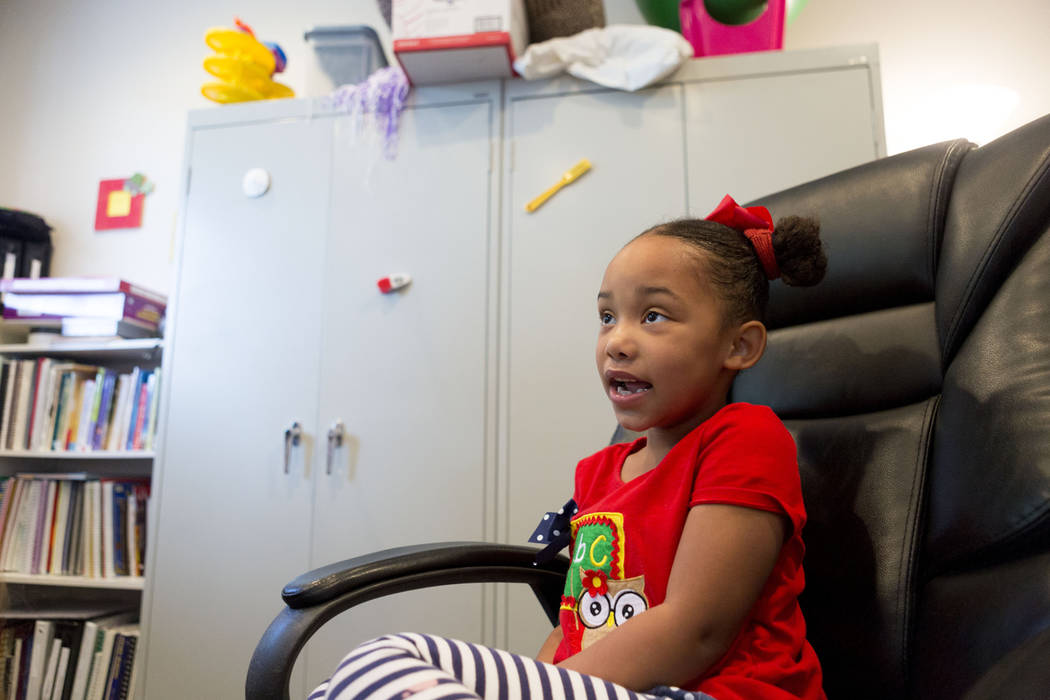 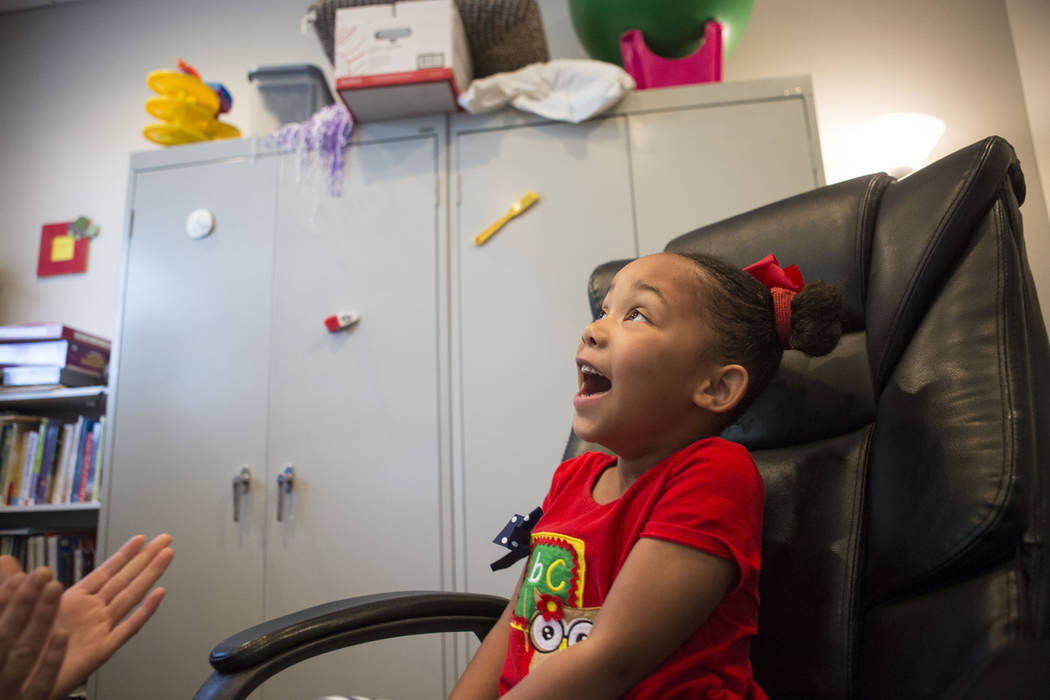 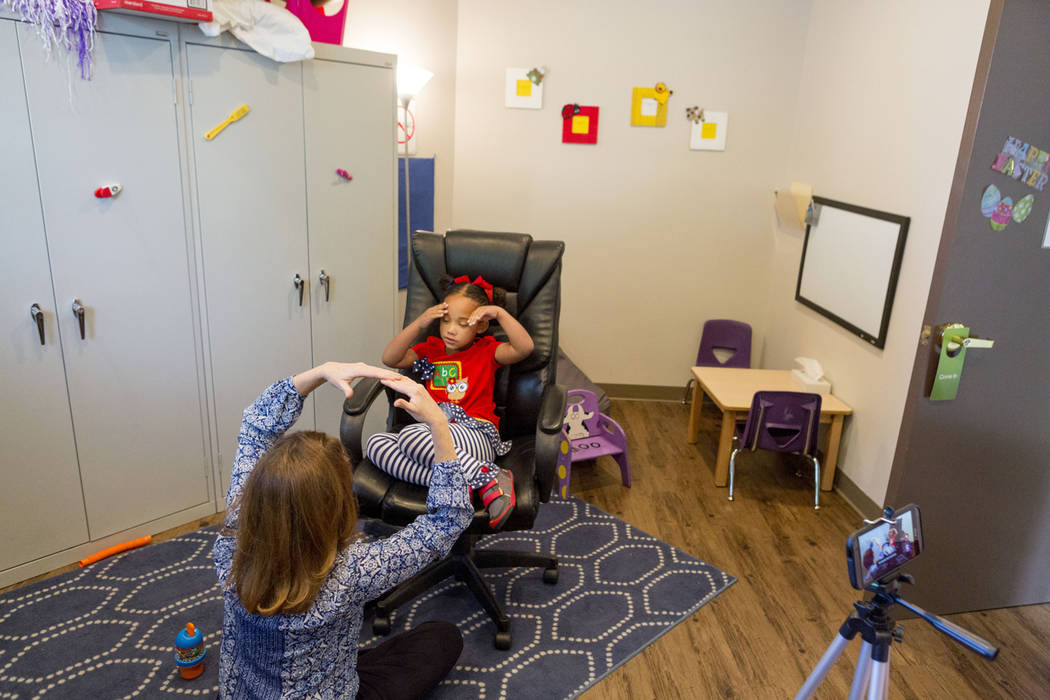 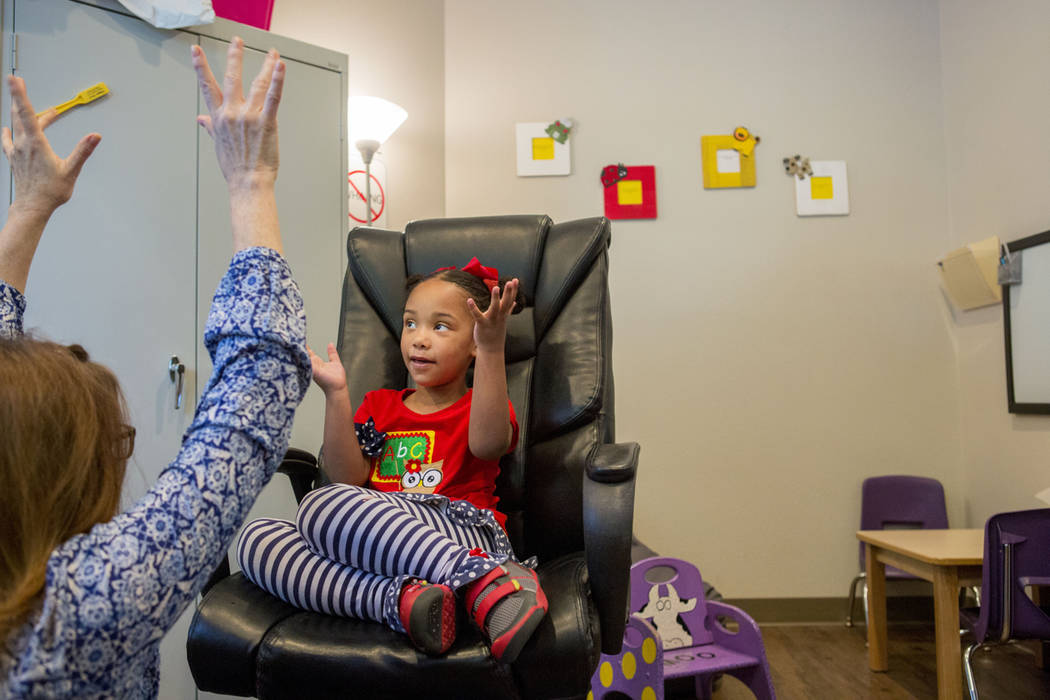 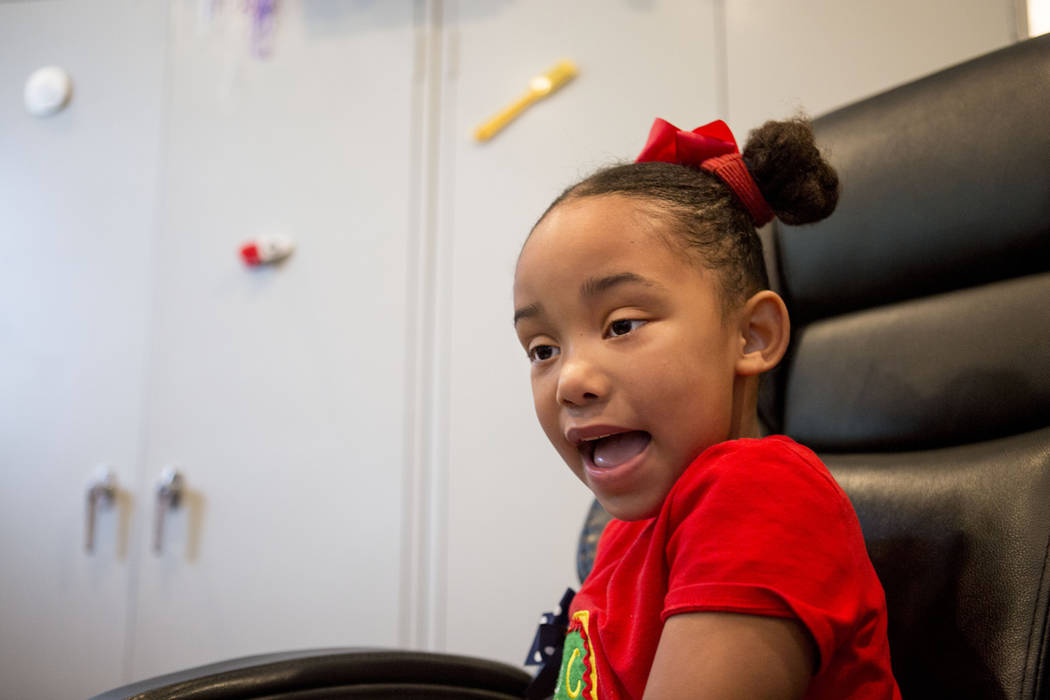 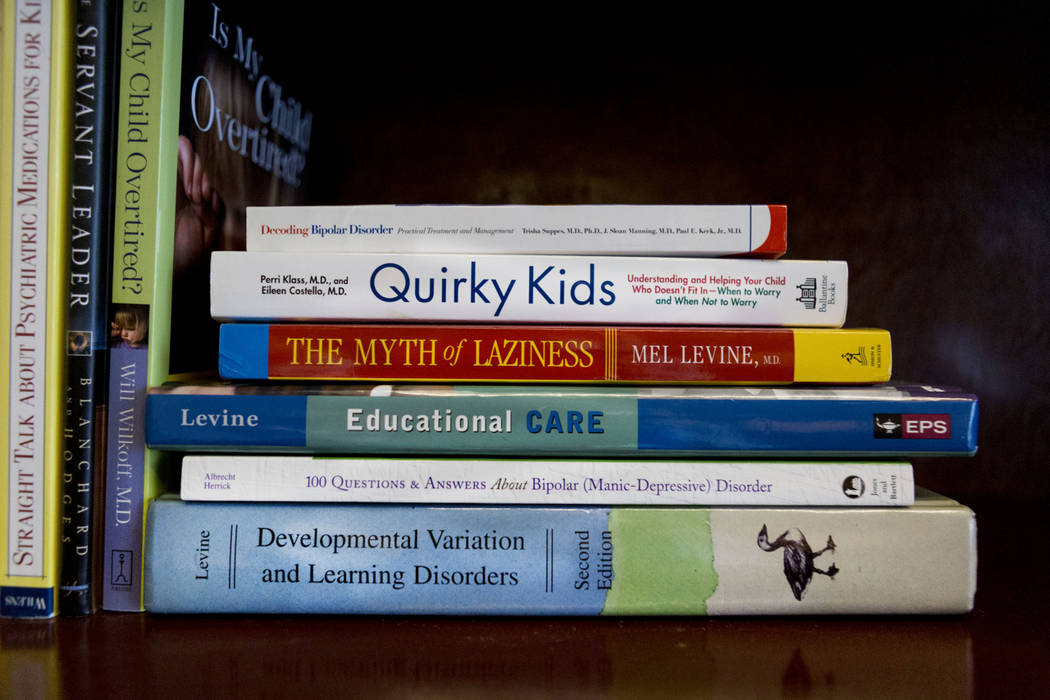 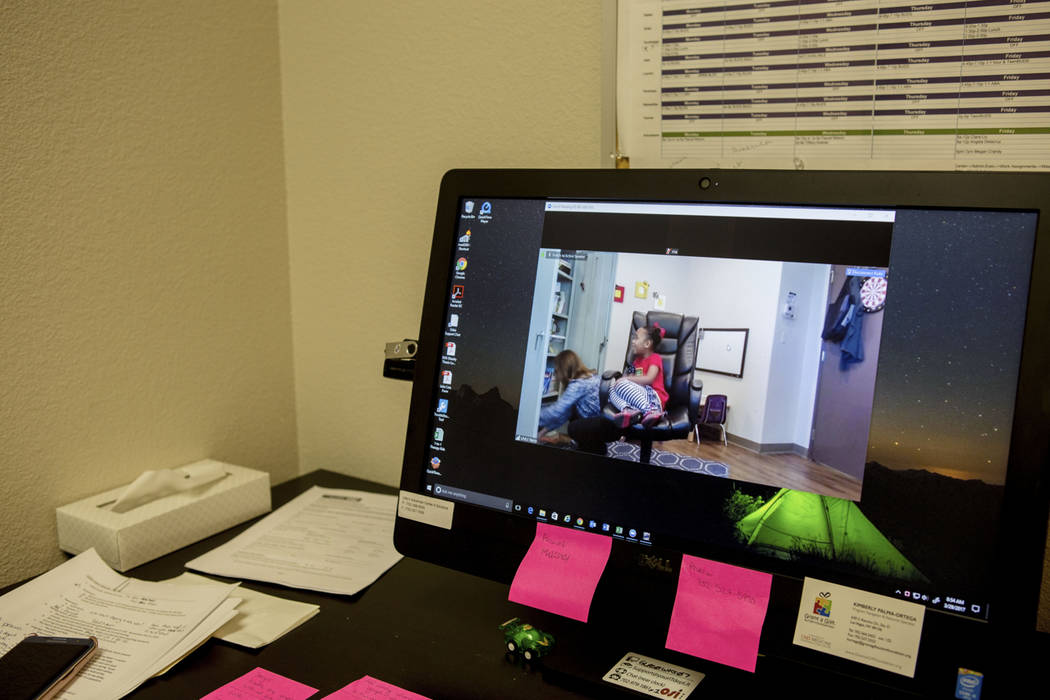 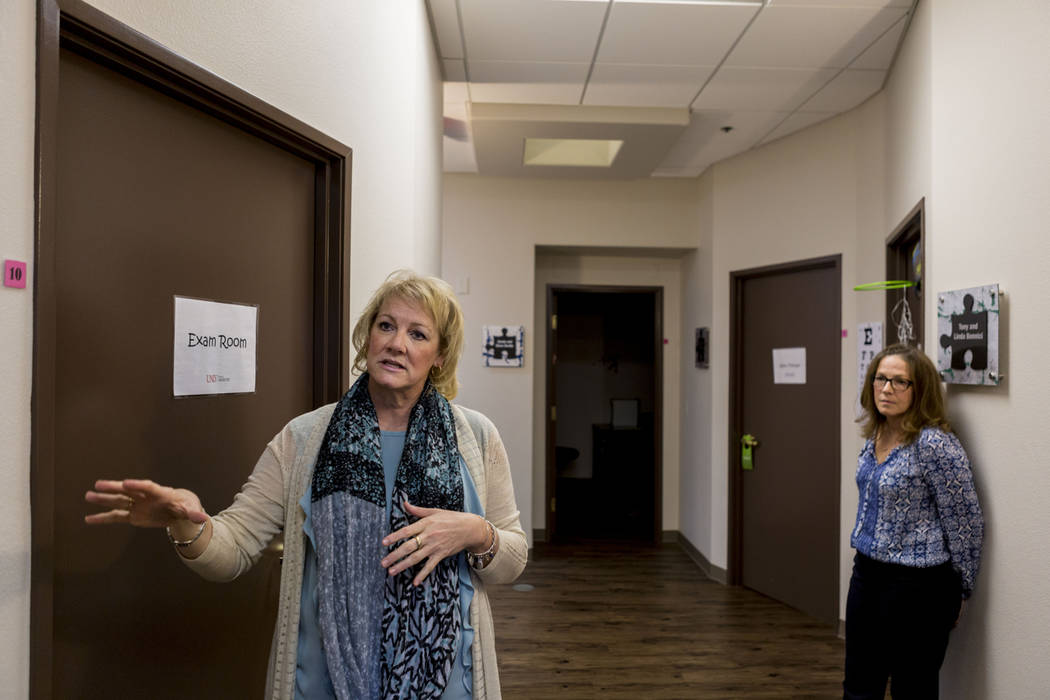 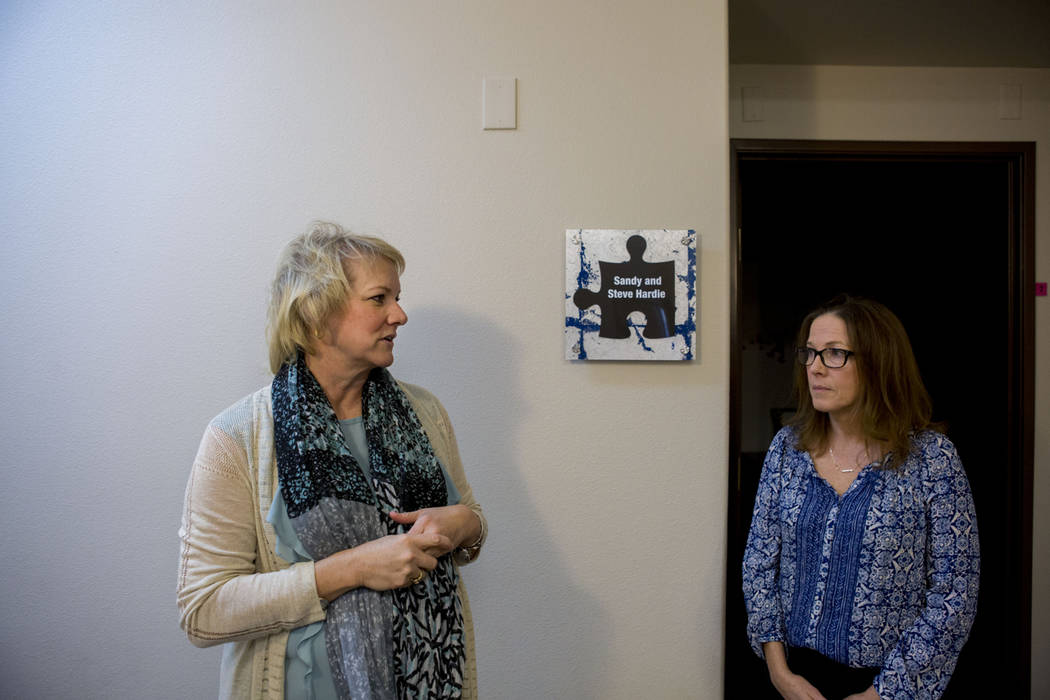 “Down came the rain,” Hannah responded, using her fingertips to demonstrate rain falling down.

The two were engaging in play therapy on a recent morning at the UNLV School of Medicine Ackerman Center for Autism and Neurodevelopment Solutions.

Since the center opened in July, 350 children have been removed from the Medicaid waitlist and placed in therapy at the clinic, said Dr. Julie Beasley, the center director and a child neuropsychologist.

Not long ago in Las Vegas, options for diagnosis were few, Beasley said.

Now, doctors at the center begin diagnosing children with autism at as young as 12 months and start treatment soon after.

“We’re quicker at getting the evaluations done, we’re more thorough, and we can do it younger,” Beasley said.

The center provides several programs for people with autism, up to age 22. The Early Start Denver Model, the program being used to treat Hannah, is one of the newer ones.

It’s an empirically supported intervention for autism that specialists at the center began implementing in January.

“For young children, it’s probably one of the best models out there right now,” Beasley said.

Along with play therapy, a distinguishing factor of the early start model is hands-on parental involvement, Cole said.

“It’s really important for them to be using our strategies and take them home so that the child is going to have the best outcome possible,” she said.

Hannah’s father brought her to her morning appointment, where her mother, Pam Beal, later watched her play. Beal is the associate dean of clinical affairs at the UNLV School of Medicine, so she is able to keep a close eye on Hannah’s progress.

“Use your words. They are powerful,” Beal told Hannah before hugging her goodbye and leaving her in therapy.

“I love you, Mom,” Hannah responded.

It’s a marker of her progress, Beasley explained, to reciprocate the statement without parroting the exact words.

“The intervention starts very quickly, and they change very quickly,” Beasley said of Hannah, who has been doing therapy several days a week for six months. “The sooner we can get them going, the better they’re going to do.”

Hannah was retested in early April. On her intake interview in November, she couldn’t sit still for standardized testing, Cole said.

This time was different.

“She was able to sit down and do everything Dr. Beasley needed her to do,” Cole said.