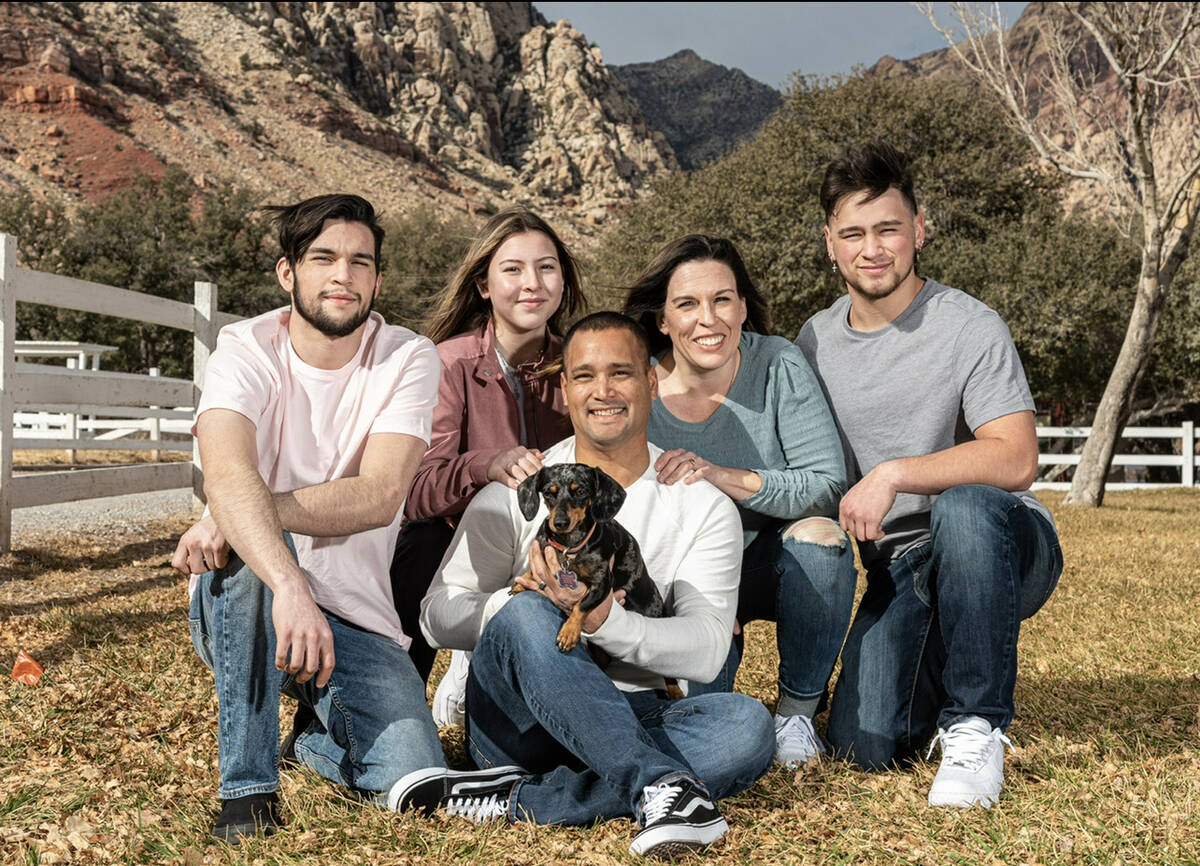 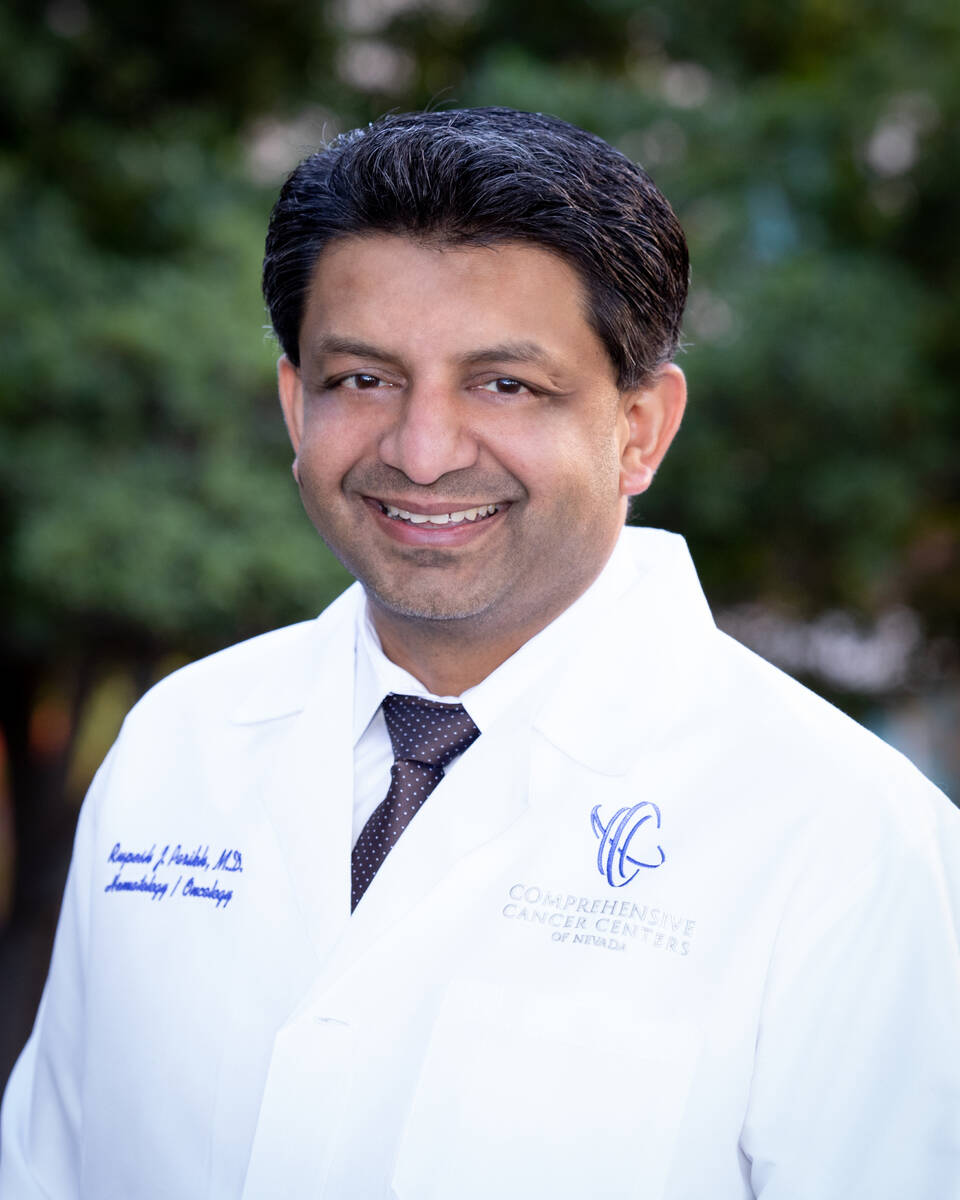 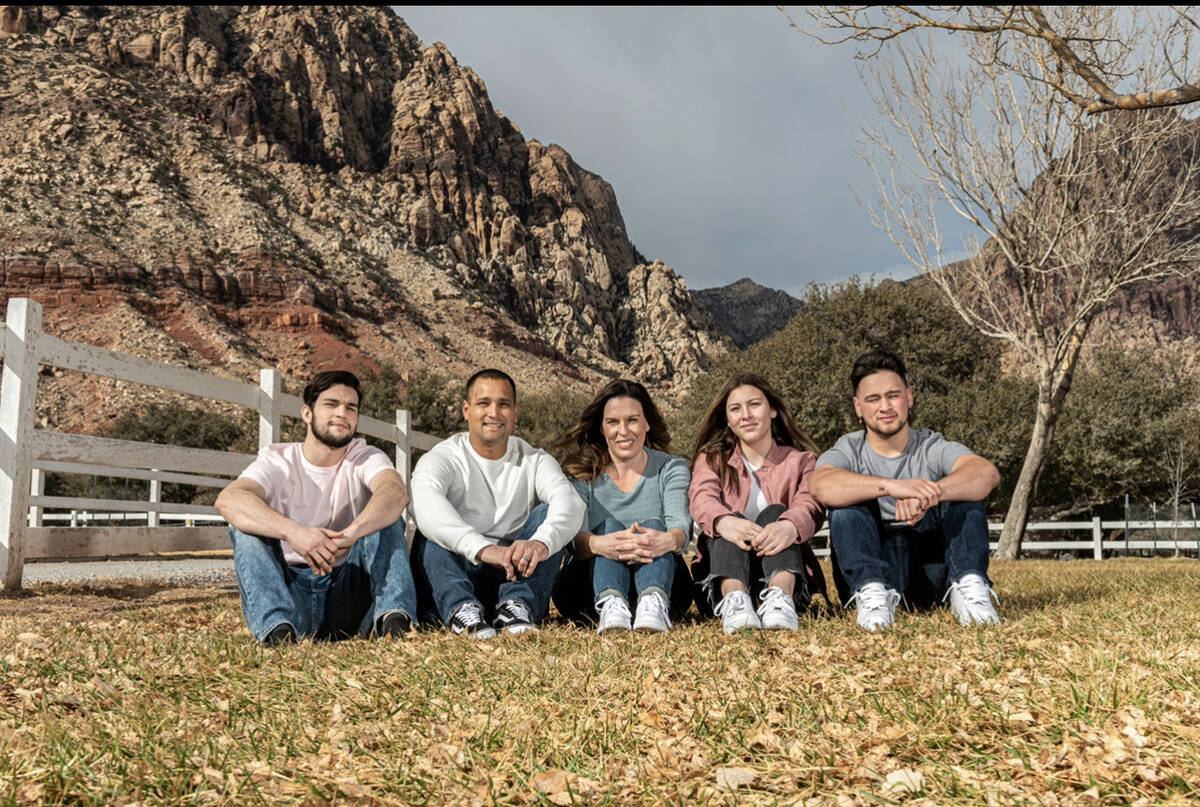 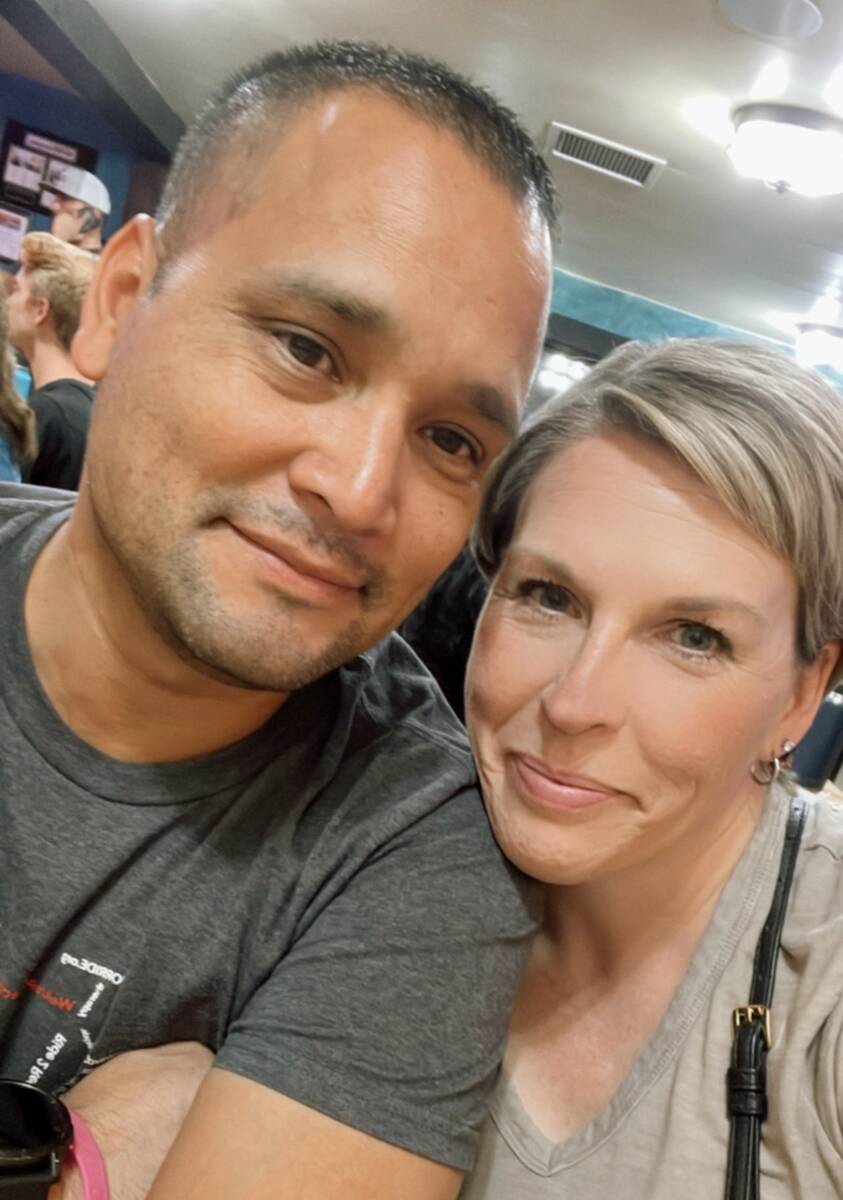 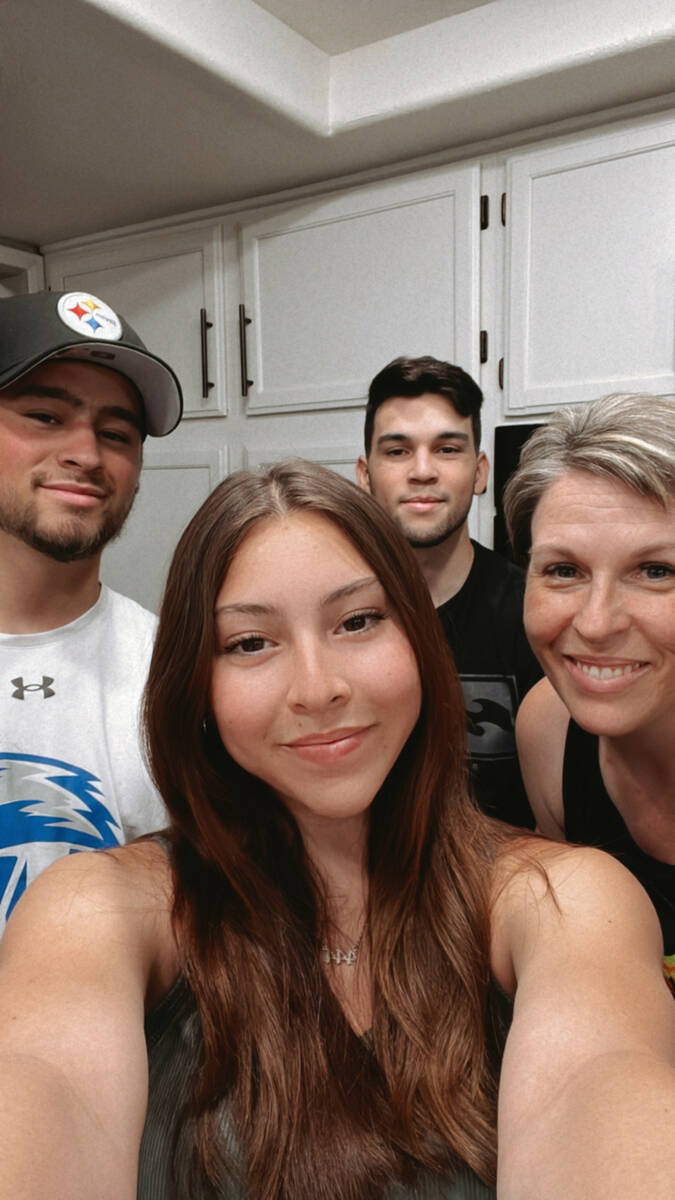 In her early 40s, Shannon Steele had experienced fairly typical mammograms for three years before the COVID-19 pandemic hit. Because of extremely dense breast tissue, her doctor planned Steele’s mammograms more often to get a baseline reading.

Since she scheduled these assessments a year in advance, she had one on the calendar for the end of 2020. Although many people canceled important medical screenings during this time, Steele figured that since it had been on her calendar for a year, she might as well go.

“When my doctor received the results, she ordered a 3-D one to look further at a possible cyst,” Steele said. “She didn’t seem too worried as she thought it might be scar tissue related to my breast implants.”

However, after having the cyst drained, Steele found another lump that had not shown in the mammogram and that was biopsied. Soon after, she was diagnosed with triple-negative breast cancer, stage 3 — a very aggressive cancer with a high incidence of recurrence.

“I couldn’t believe it,” she said. “I knew of no family history.”

As she learned more, Steele decided to be tested for the BRCA1 gene, an inherited mutation. When the test came back positive, she immediately called her older sister, Michele, in Wisconsin to encourage her to test.

According to hopkinsmedicine.org, a mutation in the BRCA1 gene is associated with an increased risk of breast cancer, including triple-negative breast cancer. Similarly, men with BRCA2 mutation have a 6 percent chance of experiencing breast cancer sometime in their lives, compared to a 1 percent lifetime risk for men with a BRCA1 mutation.

In a strange turn of events, Michele also tested positive for BRCA1 and, in fact, was diagnosed with triple-negative breast cancer, stage 1. Because Steele documented her journey through her Instagram account, her older cousins also decided to get tested and one of them was given the same diagnosis as well.

“As I questioned my dad about his family’s medical history, I learned that his mother — my grandmother — had breast cancer many years ago,” Steele said. “I know that previous generations weren’t as open with sharing information with their family members, but through this experience, I’ve learned that I want to be 100 percent open with my own children.”

Since time was of the essence, surgery was scheduled, but before that happened, Steele was frightened to see that actual lumps and exterior sores on her skin were multiplying rapidly.

Comprehensive Cancer Center of Nevada’s Souzan El-Eid, M.D., conducted an MRI and found that the lump had grown and reproduced so much that surgery was not an option. Steele would benefit from chemotherapy first, then have surgery. However, finding an oncologist with patient openings wasn’t easy.

“I started making calls and kept hearing, ‘The doctor isn’t taking new patients,’” Steele recalled. “I soon realized that I had to be my own advocate if I was going to find a viable treatment option in Southern Nevada.”

When she reached out to Comprehensive Cancer Center’s Practice President Rupesh Parikh, M.D., she was relieved to receive a return call and was able to set an appointment.

“It was a miracle and I am eternally grateful for the professionals at Comprehensive Cancer Center,” Steele said.

“We don’t say no because we are here to help,” Parikh said. “Of course, we are busy as medical professionals, but we also took the Hippocratic Oath to help people. After reading about Shannon’s situation, I wanted to see her as soon as possible.”

Steele started chemo within a week of meeting with Parikh and continued through 24 weeks of the treatment.

“I had my ups and downs, but knowing that my sister was starting chemotherapy the same day meant that we were with each other in spirit,” she said. “The first six rounds took place every three weeks, then I went through an additional 12 rounds, one per week.

My body was so run down and I lost my hair — it was really emotional but I knew I had to be strong for my kids. I lost my own mother to a brain tumor when I was 19 years old. … I was determined not to leave my own children yet.”

After chemo, Steele went through a full double mastectomy and reconstructive surgery.

“My cancer has about a 45 percent chance of recurrence so I opted to remove everything,” she said. “I also took four rounds of chemo pills after the surgery, just to be sure to kill any possible microscopic traces of cancer not detected on the pathology reports.”

In addition, she completed 30 rounds of post-surgery radiation and is currently completing 18 rounds of immunotherapy.

Now cancer-free a year, Steele is thankful that she — in addition to her sister and cousins — got those mammograms, despite the pandemic.

“Screenings are so important,” she said. “An hour of your time to get a mammogram is worth your life. And, please don’t discount the importance of self-checks. … I don’t know where I would be now if my cancer hadn’t been discovered. I’ve already decided that I will have my children tested for the BRCA1 gene, too, when they’re older.”

Parikh concurs. “If Shannon hadn’t kept her appointment, like so many people didn’t during the pandemic, sadly, that cancer would have metastasized to another part of her body and become stage 4.

“My best advice is to get your annual screening done and go see your doctor if you are having pain or notice any changes in your body. During the past two years, many people have delayed screening procedures and now we are seeing more delayed diagnosis and more advanced disease. It’s challenging to the medical profession as it puts an incredible burden on the medical system to treat the disease rather than prevent the disease.”

He added, “If you feel something isn’t quite right, call your primary care or gynecologist to get the ball rolling. … They can code these procedures as a higher priority and find out more quickly what is going on.”

And, as Steele learned, you might be able to influence others and save their lives, too. 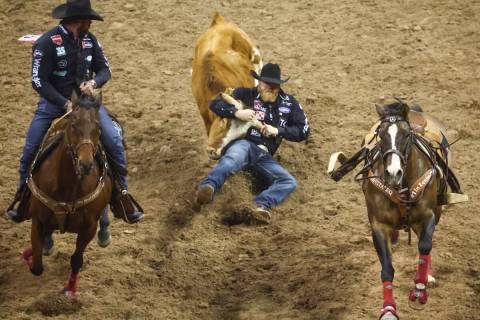 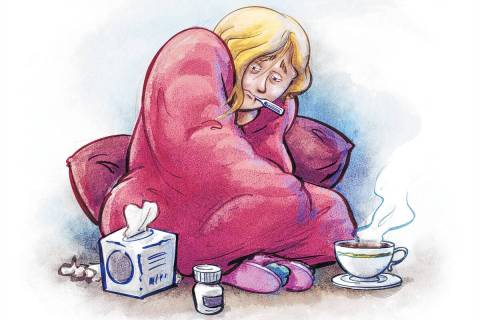