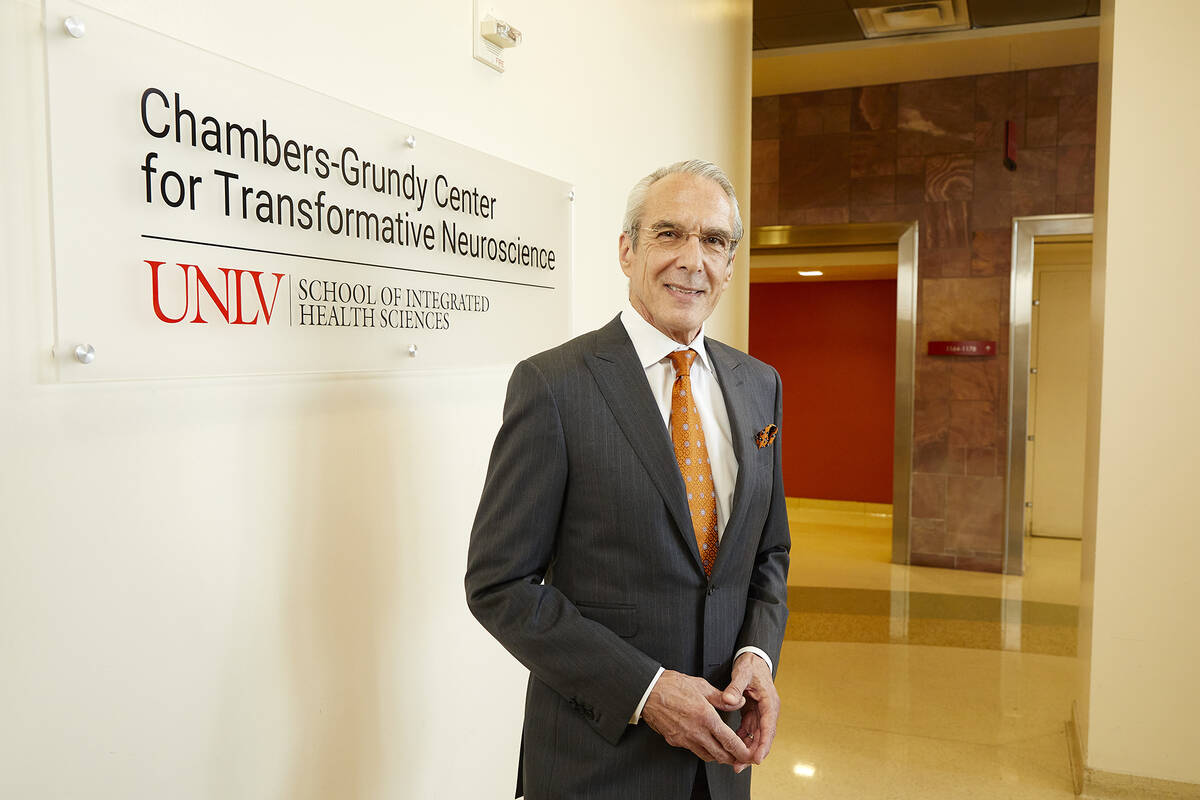 Jeffrey L. Cummings is the director of the Chambers-Grundy Center for Transformative Neuroscience at UNLV. (Josh Hawkins/UNLV Photo Services) 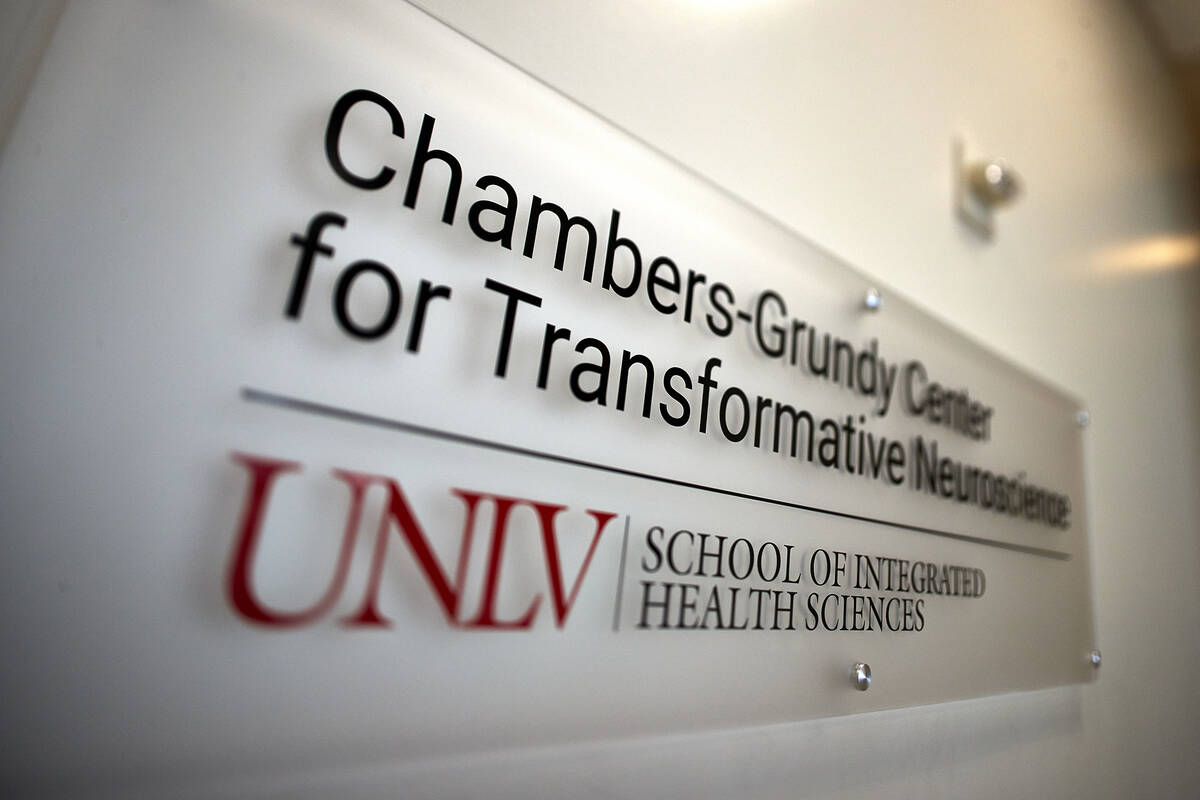 The Chambers-Grundy Center for Transformative Neuroscience provides an academic platform for research and learning opportunities regarding the study of drug development for Alzheimer's disease and other brain disorders. (Josh Hawkins/UNLV Photo Services)

It’s called the Chambers-Grundy Center for Transformative Neuroscience at UNLV, and the adjective in the name says it all.

The mission: Nothing less than “transforming the lives” of persons with Alzheimer’s disease and other neurodegenerative diseases, according to Dr. Jeffrey Cummings, the center’s director.

The method: Tracking hundreds of Alzheimer’s disease clinical trials around the world to more precisely and more quickly identify and develop the most promising new drugs, therapies and treatments.

The Nevada System of Higher Education Board of Regents approved creation of the center in June 2020. However, Cummings says, “because of COVID it was just impossible to have an opening.”

So, on Thursday, the center scheduled a sort of coming-out party at UNLV, an event Cummings said was designed to formally introduce the center to the public.

Cummings joined UNLV’s Department of Brain Health as a research professor in 2019, according to UNLV. Before that, he was founding director of the Cleveland Clinic Lou Ruvo Center for Brain Health in Las Vegas and has been director of UCLA’s Mary S. Easton Center for Alzheimer’s Disease Research.

The Chambers-Grundy Center for Transformative Neuroscience was created through a $6 million donation from Australian entrepreneurs and philanthropists Joy Chambers-Grundy and the late Reg Grundy.

Reg Grundy, who died in 2016, was an Australian media magnate who produced popular TV shows in Australia. His wife, Joy Chambers-Grundy, is an actress, author and poet. Both have had an interest in funding research relating to neurological and neurodegenerative diseases, according to UNLV.

According to Cummings, key to the center’s work is its clinical trial observatory, which tracks clinical trials of potential Alzheimer’s and neurodegenerative disease treatments around the world. The goal is to improve clinical trials and accelerate development of the most promising new therapies and drugs so that they can reach patients more quickly.

The center also is researching biomarkers, biological clues in the blood that effectively can indicate what’s going on in the brain, Cummings says. “We think eventually Alzheimer’s disease will be able to be diagnosed … from a blood test, and we’re not far from that now.”

The center also studies ways in which research can be converted into real-life therapies that can be delivered to those who need it.

“One track is research. That’s how you discover new things,” Cummings says. “The other track is taking research and turning it into products, and that part is new.”

Ultimately, “we want to help as many people as we can,” Cummings says, with the goal of getting more treatments, and better treatments, to patients more quickly.