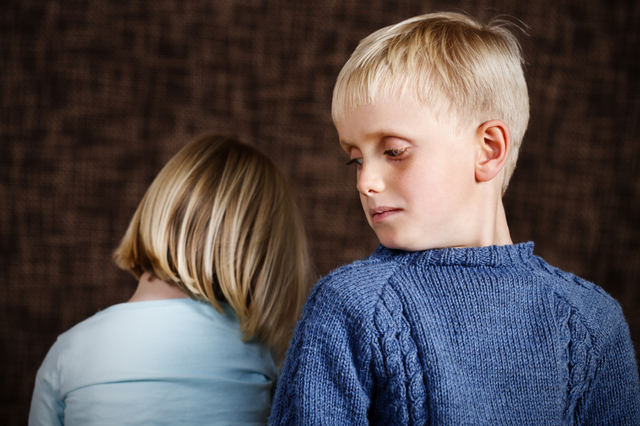 Nationwide efforts are trying to stamp out bullying in schools, but a new study suggests the biggest bully might be in your own home.

Nationwide efforts are trying to stamp out bullying in schools, but a new study suggests the biggest bully might be in your own home.

A new study from the University of Nebraska-Lincoln says that sibling bullying and aggression can desensitize kids and make bullying on the playground appear normal.

The study, published in the Journal of Family Violence, surveyed 392 students at UNL about their childhoods and asked them questions about how they perceived aggression, how often they saw it and if they reported it, according to a UNL news release. The study also asked how they perceived bullying from siblings versus peers.

The researchers were surprised to learn that sibling bullying happened more often than bullying at school. Students were often less likely to report bullying at home and even struggled to define it as bullying, researchers said.

“We had theorized and discussed a little bit that maybe this is happening between people that presumably love each other and care about each other, so I think everyone just accepts it as normal behavior,” said UNL law and psychology researcher Eve Brank.

Researchers noted the “most striking” result was that students who were bullied by siblings were less likely to be bothered when they saw bullying on the playground and even less likely to report it. These findings suggest children aren’t reporting bullying because they think teasing or aggressive behavior is normal.

“I would hope that people who work on bullying interventions would be aware of it and realize that this is happening outside of school as well,” Brank said in the news release. “Instead of just focusing those efforts on peer bullying at school, those same efforts could be used in other groups.”

This study comes on the heels of another sibling bullying study from the University of Oxford last year that found children who were bullied by their siblings were twice as likely to have clinical depression as young adults and twice as likely to self-harm, according to a news release.

The study authors were careful to note that the bullying wasn’t playful teasing, but weekly incidents where children are “subjected to verbal and physical violence.”

Katey Smith, a licensed clinical social worker in Connecticut, told NBC News that parents often dismiss or downplay bullying that happens at home. She used an example of an athletically gifted 11-year-old who was bullying his “artsy” younger brother.

“It’s mostly the older brother making fun of the little brother. It’s all the time and it causes the little one quite a bit of stress because he looks up to his brother,” she told NBC News.Parents need to establish rules and set boundaries for their kids, Smith said, and also help their children learn healthy coping mechanisms.