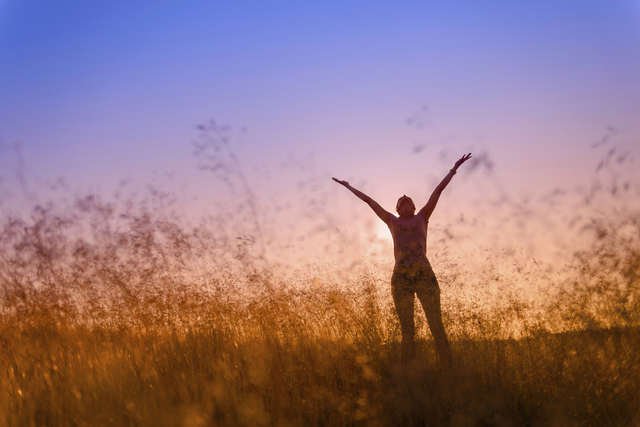 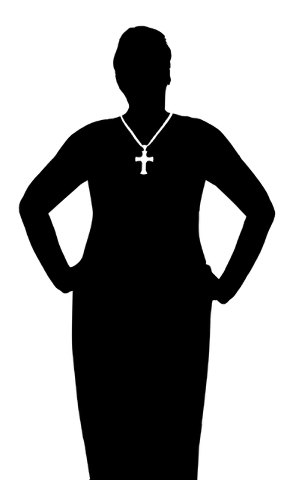 Believers of nearly any religious tradition can talk about the ways in which their faith helps them weather life’s storms.

And, for Christian women, at least, here’s another possibility: Religious belief may help to counteract or lessen body image-related struggles women may experience from seeing unrealistic media and pop culture portrayals of what a supposed “ideal” body might be.

While it’s a relatively new area of study, research indicates that women who have a deep relationship with a loving, nonjudgmental God are less likely to hold negative body images, and that believing in a loving and nonjudgmental God even may inoculate them against experiencing issues related to body image.

Kristin J. Homan, an associate professor of psychology at Grove City College in Pennsylvania, researches body image issues among college-age women and the role that spirituality and religion may play in understanding how women might maintain positive attitudes about their bodies.

Research has shown that religion can be a mitigating force against such negative behaviors as teenage alcohol use and suicide, as well as depression. In her body image research, Homan explores whether a woman’s realationship with God might play a similar role in preventing problems that could result from seeing portrayals of unrealistic body images.

“In our very first study on this, we started with the recognition that at the core of every eating disorder is (the perception) that, ‘My weight and shape determine my worth as a person,’ ” Homan says.

Women may seek a sense of self-worth externally, by comparing their own bodies to unrealistic body portrayals seen in the media and even engaging in harmful behaviors such as eating disorders.

“So this is where we started, looking at (women’s) relationship with God,” she says.

In one of her studies, women students at a Christian college completed an assessment that measured their attachment to God, then watched a slide show featuring photos of “ultrathin or normal-weight models.” While seeing photos of ultrathin women caused the women to feel greater dissatisfaction with their own bodies, the women who felt loved and accepted by God felt that dissatisfaction to a lesser degree, Homan says.

Th study supports the idea that having a secure attachment to God “can buffer women against the negative effects of thin-ideal media,” Homan says.

Interesting, too, Homan adds, is that the women who participated in her studies attend a Christian college and most “would say they are pretty religious.

“But, then, when I measure their attachment to God, I get a normal distribution, meaning that among the population of really pretty religious people are some living in fear — ‘If I mess up, God is going to reject me’ — and, at the other extreme, the understanding that ‘No matter what I do, God loves me and accepts me.’ And most people are somewhere in-between.”

That’s an important point, because the benefits the studies suggest aren’t necessarily associated with just a belief in God, Homan says. “The language I use is, ‘people feeling loved and accepted by God.’ That seems to be the key: To be loved and accepted.”

Northrup says she formerly was in a church environment that held a more judgmental view of who God is. It was only after leaving that denomination for another Christian community that, she says, “I found a more loving God outside.”

“I’ve always had a relationship with God,” Northrup adds. “But since I came out of that, it has been a slow process of enlightenment and knowing, (and) being more at-ease with, God.”

Northrup now sees her struggle with eating disorders as “part of my spiritual journey” and says her relationship with God helped her in that struggle. She’s now studying for a master’s degree in psychology with the hope of someday helping other women.

The Rev. Ralph E. Williamson, senior pastor of First African Methodist Episcopal Church in North Las Vegas, finds the research “interesting” and says the dynamic of belief that they suggest seems to be valid.

Williamson has noticed that holding a strong faith can help believers battle negative behaviors. And, he says, those who have “confidence in their faith” tend to be “more confident with their inner appearance, of who they are from within.”

However, translating the studies’ findings to front-line ministry can be tricky. First, Homan says, “it’s not just religiousness. It’s not trying too hard or earning God’s love. It’s an understanding that God loves me no matter what. That seems to be the key we’re looking at.”

So, she says, pastors counseling women who are struggling with body image issues might “just keeping talking about grace to their parishioners.”.

However, care also should be taken to not erroneously link a woman’s body image struggles with a lack of faith, or not enough faith, or maybe, the wrong kind of faith.