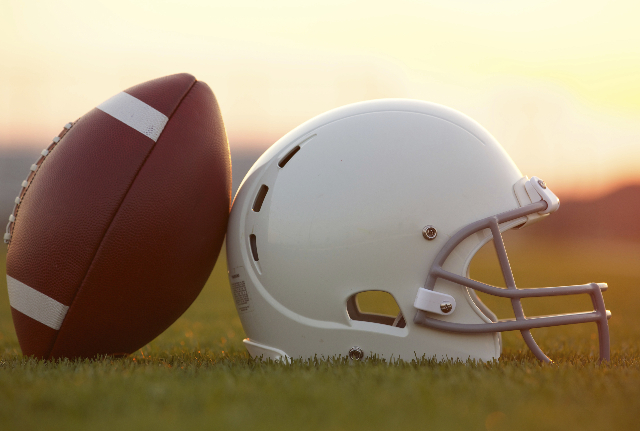 Football and Helmet on the Field at Sunset

College football is having a crisis of faith. Public schools across the country have long allowed chaplains to access their locker rooms as coaches and players find religion helps them put sports in proper perspective.

But now the Freedom From Religion Foundation wants it to stop.

“Many football coaches at public universities bring in chaplains — often from their own church or even members of their own family — to prey on and pray with students, with no regard for the rights of those students or the Constitution,” FFRF said in its “Pray to Play” report, released this month. “These coaches are converting playing fields into mission fields and public universities are doing nothing to halt this breach of trust.”

The organization seemed most concerned with schools in the South, which, as previous articles have noted, often have a rich history of linking football with personal faith, the Post reported.

FFRF’s actions follow a high-profile article on Houston Texans running back Arian Foster, who confessed his atheism to ESPN The Magazine. The player described tensions with his coaches at the University of Tennessee, who labeled his discomfort with attending worship services with the team as arrogance.

“They just thought I was being a rebel and didn’t want to participate in the team activities,” Foster said. He hopes openly discussing his atheism will cause people to question God’s place on the gridiron.

However, in the midst of these criticisms, many players will enter football season happy to have access to religious leaders in the locker room.

Chaplains, as well as voluntary Bible studies and team prayers, help some people feel grounded in a culture that overflows with fame and excess, as was reported last year.

“Imagine you’re a 24- or 25-year-old kid built like a Greek god, earning $10 million a year, with women throwing themselves at you. Do you think that’s an easy Christian life to live?,” said former professional football chaplain Pat Richie to Deseret News National.

“Regardless of whether my team wins or loses, I still want to give thanks to God,” added Prince Amukamara, a cornerback for the New York Giants.