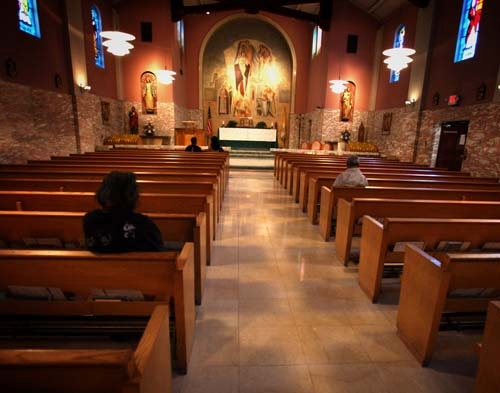 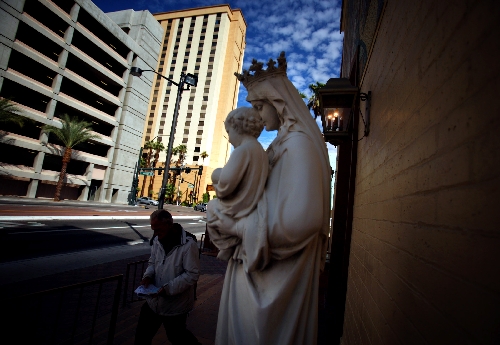 It is tempting to begin this story with a cliche – the topic is Godless Sin City, after all – but we’re going to abandon that ship and go back to square one.

Two surveys out recently reveal these shocking facts about America, and Las Vegas: We’re not so godly.

But the devil, as always, is in the details.

The first survey is from the Pew Research Center. Specifically, it’s from the center’s Pew Forum on Religion and Public Life.

The survey discovered that the percentage of Americans who do not identify with any particular religion has more than doubled since 1990.

Right now, 20 percent of Americans don’t belong to a religion, up from 8 percent in 1990. For those under 30, it’s 32 percent. One in every three young people thinks outside The Book.

"It’s the politicians," says John Whiteside, a local atheist and activist. "People are getting fed up with the politicizing of religion."

The survey does take pains to point out that not all of these nonaffiliated folks are atheists, or even agnostics, though both categories are growing. Atheists and agnostics grew from 3.7 percent to 5.7 percent over the last five years.

But mostly, the nonaffiliated are just doing their own thing. Most of them still believe; they just don’t do it at a specific time in a specific place.

Another survey hits closer to home. It was done by the Association of Statisticians of American Religious Bodies, and it comes out every 10 years.

This one, which covers 2010 but was released this year, ranked virtually every metropolitan area in America – darn near 1,000 of them – by how many congregations there are per capita.

In other words, which cities have churches packed in like sardines and which don’t?

It’s the Most Godless City in America.

"The thing about Vegas that’s really distinctive is the transience of the population," says Ted Jelen, a UNLV political science professor who has studied religious attitudes so extensively he knows them like the back of his hand.

And, he says, people who move around are generally less inclined to belong to a particular congregation than those with established ties to a community.

"It’s not so much that Las Vegans are less religious," he says, "it’s that they’re less rooted."

Take the South, for example, a bastion of roots. Virtually every city with high concentrations of congregations sits somewhere between east Texas and West Virginia.

Those folks are firmly entrenched in their hometowns. They’ve been there for generations. Also, Jelen notes, Southerners can be a little picky about religion.

He says there’s a cliched old joke that illustrates the point. Two Baptist preachers get stranded on a desert island. The punchline: "Within a week each has founded his own church."

"You have lots of very small congregations that make very small distinctions among themselves," Jelen says.

Whereas megachurches tend to be popular in Las Vegas and other places at the bottom of the list.

So, when you read the fine print, you figure out that you should take the surveys with a grain of salt. We’re not godless heathens, and the nation isn’t drowning in atheism.