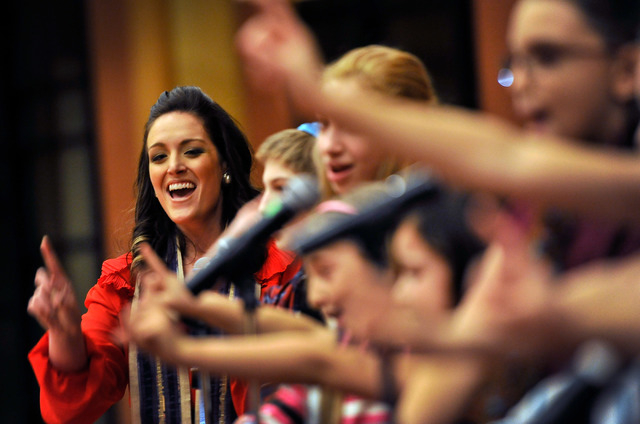 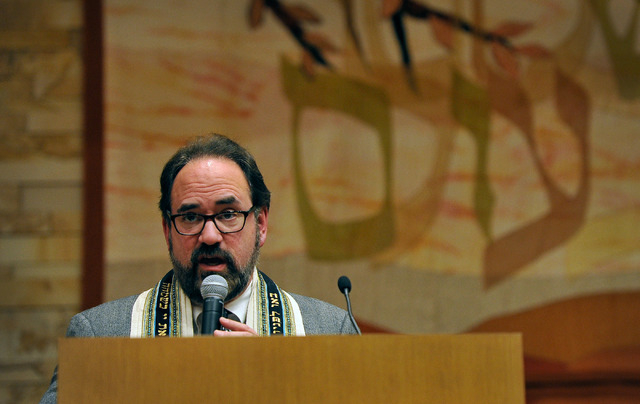 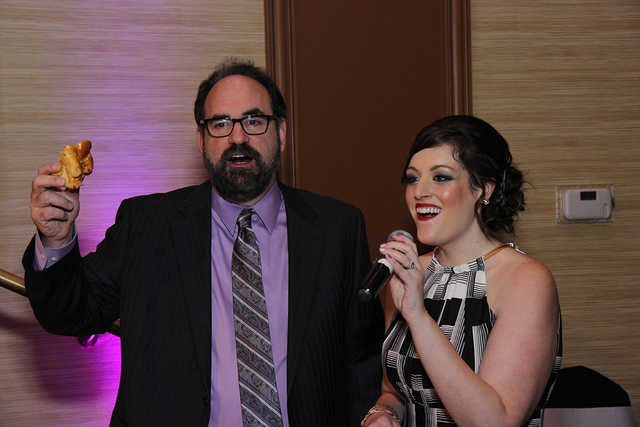 A celebration of the past breathed excitement, support and love into Congregation Ner Tamid.

The group held a service and included stories and memories from members involved in important milestones, according to Rabbi Sanford Akselrad.

“We also used liturgy from the ’70s to show how times have changed,” he said. “We’ve gone through five prayer books in the last four decades, so the language with ‘thee’ and ‘thou’ seems a bit archaic. Our cantor also did a musical mash-up so the melodies were from the various decades.”

A birthday bash honored the congregation’s presidents and included food, dancing and a silent auction.

“We broke through our goal of raising $80,000, and we raised probably more than $110,000,” Akselrad said. “It was gratifying, but it also demonstrated the amount of support and goodwill people have toward the congregation and its mission.”

More than 600 families make up Congregation Ner Tamid, which runs more than 200 programs and activities a year and partners with the Nevadans for the Common Good, Interfaith Council of Southern Nevada, the Anti-Defamation League and others.

“We have a wonderful partnership with (Yeshiva Day School of Las Vegas),” Akselrad said. “It’s an interesting alliance between reform and very Orthodox communities.”

The congregation also created a semiprofessional volunteer band called the Shabbatones, named for the Jewish day of rest, that performs monthly from September to May.

“They bring an extra measure of joy and musicality to our services,” Akselrad said. “We recently received a new ordained cantor, Jessica Hutchings, who will lead us in terms of developing the program for worship services, children and all the other arenas where music plays a part.”

Born in California, Hutchings and her family moved to Las Vegas and joined the congregation in 1997. She returned to California in 2003 for college but rejoined the synagogue last July as cantor.

“As a kid, my family went to several temples, but this congregation always had a strong sense of community,” Hutchings said. “It was a place where you could make lifelong friends.”

Congregation Ner Tamid started as an idea around a kitchen table in 1974 led by Dr. Gene Kirschbaum, according to Akselrad.

“At the time, Temple Beth Sholom was the only synagogue in Las Vegas,” he said. “They were really the center of the Jewish world here, but because they are a conservative temple, there were those who wanted a synagogue that appealed to less traditional Jewish communities.”

To test the community’s interest in joining the Jewish Reform Movement, the group advertised a meeting in the newspaper, which drew a crowd of about 30 people. After a few meetings and events, the group agreed upon a name.

“They chose ‘Congregation Ner Tamid’ rather than ‘Temple Ner Tamid’ because … the idea was that we, as a community, would always be about the congregation, the people,” Akselrad said. “From there, ‘ner tamid’ means ‘eternal light,’ so the vision is that this is a congregation of Jews who bring a ray of God’s light into this desert community.”

In January 1975, the congregation rented space at the former West Charleston Baptist Church and hired its first rabbi, Stephen Weisberg. The group moved to two other spaces and hired other rabbis before breaking ground on its first synagogue on Emerson Avenue in October 1982, according to Gil Shaw, an original member.

“My daughter started her religious training at a Baptist church, had her bat mitzvah in an Episcopalian church and was confirmed in the Methodist church,” Shaw said. “I don’t know how many other parents can say that, but I’m happy to say she still practices Judaism.”

As the years passed, the congregation faced difficulties causing its membership to dwindle to fewer than 60 families. In February 1988, the group hired Akselrad, who was working as an associate rabbi for a 1,200-family congregation in Columbus, Ohio.

“It was really the only place I interviewed, and I came really on a handshake because I knew very little about Las Vegas,” Akselrad said. “At the time, there were 20,000 Jews and only one synagogue. I knew they were under-served in terms of rabbis and congregations, so as a young rabbi, it was the perfect opportunity.”

The Greenspun Family Foundation later donated 8.5 acres of land to the congregation for a new campus. The group broke ground on its Greenspun Campus for Jewish Life, Learning and Spiritual Renewal in 2005 and moved locations in February 2007.

“We came here with great expectations, and as the recession hit, we quickly found ourselves being a special haven for people going through hard times,” Akselrad said. “I personally worked with Jewish Family Services and Jewish Federation to create a jobs program. Even in the depths of the recession, the program found jobs for more than 600 people.”

In addition to its regular services and programs, the congregation plans to host this year’s Yom Hashoah, a Holocaust remembrance event, in April. The event rotates among the synagogues in the valley each year.

“I’ve always felt that the congregation was about several things,” Akselrad said. “One was empowering those who are members to live their lives Jewishly to the fullest.

“As good citizens, we look to become involved in the community in fulfillment of the Jewish teaching of, ‘Do not separate yourself from the community.’ We like to feel that we are part of making our community stronger, better, more loving and caring.”

As the congregation’s new cantor, Hutchings said she hopes to continue to strengthen the Jewish Reform community and bring together old and new views.

“It’s amazing that this community has been together for so long,” Hutchings said. “The future looks bright, and that says a lot for the Jews of Las Vegas.”