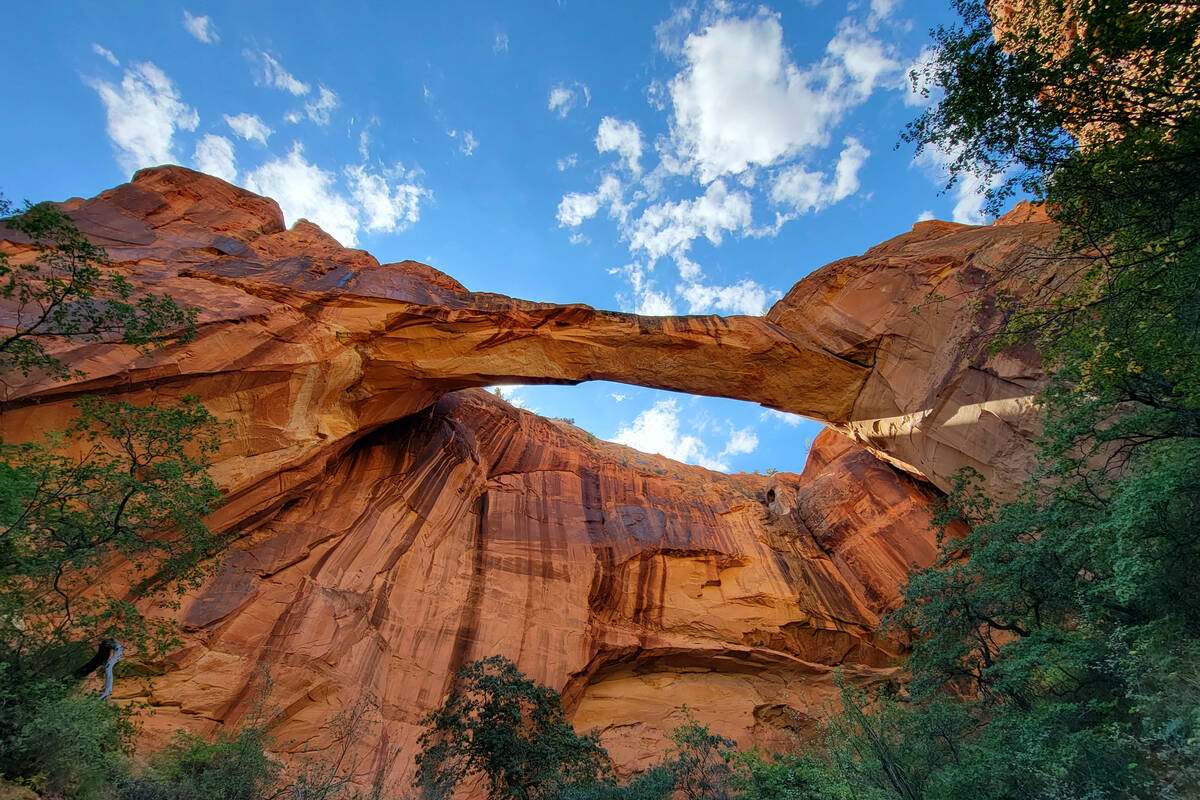 Escalante Natural Bridge is one of the most impressive stories of water and wind erosion in Grand Staircase-Escalante National Monument. Visitors look up at the massive structure after getting their feet wet when crossing the Escalante River. (Natalie Burt) 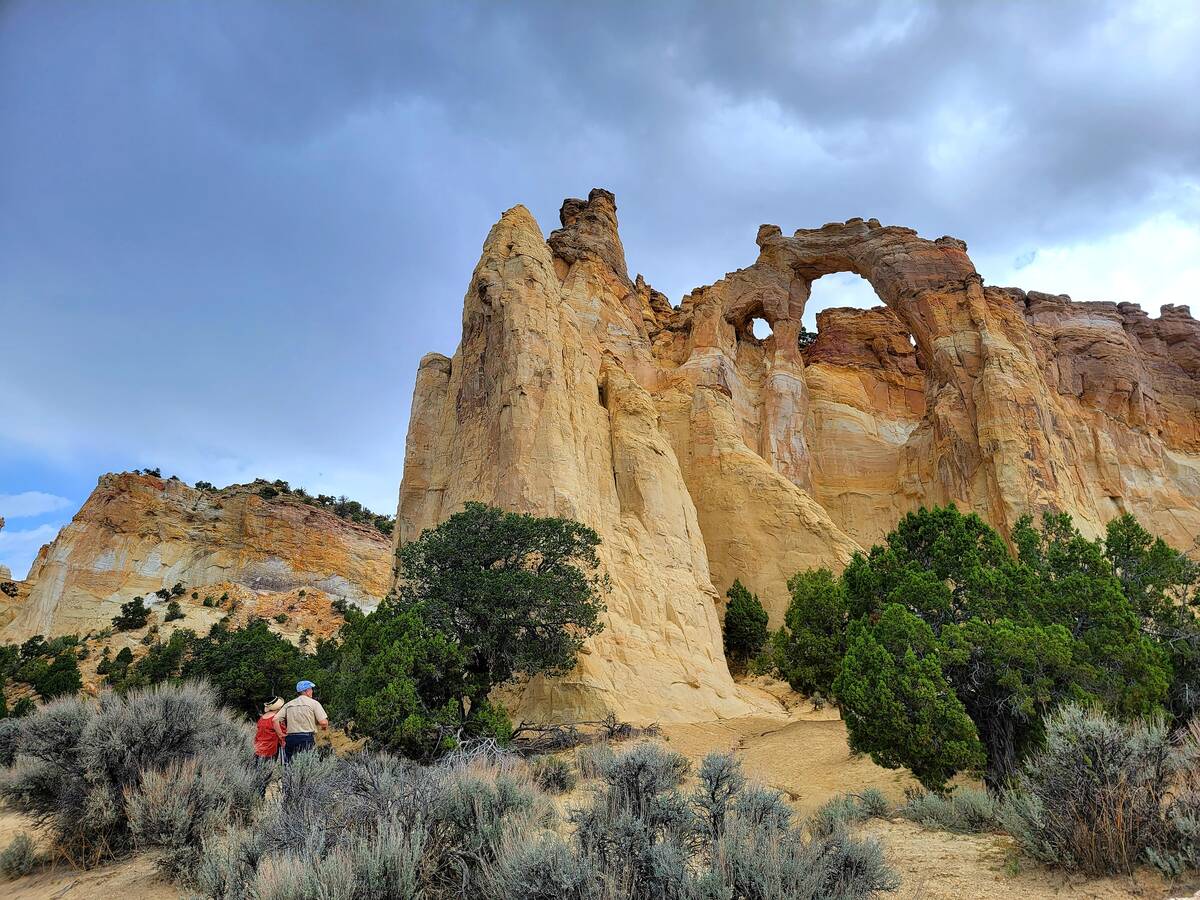 At Cannonville, Highway 12 motorists can take a two-hour side trip on Cottonwood Canyon’s dirt road to see Grosvenor Arch, a double arch that curves about 150 feet above the Grand Staircase-Escalante floor. (Natalie Burt) 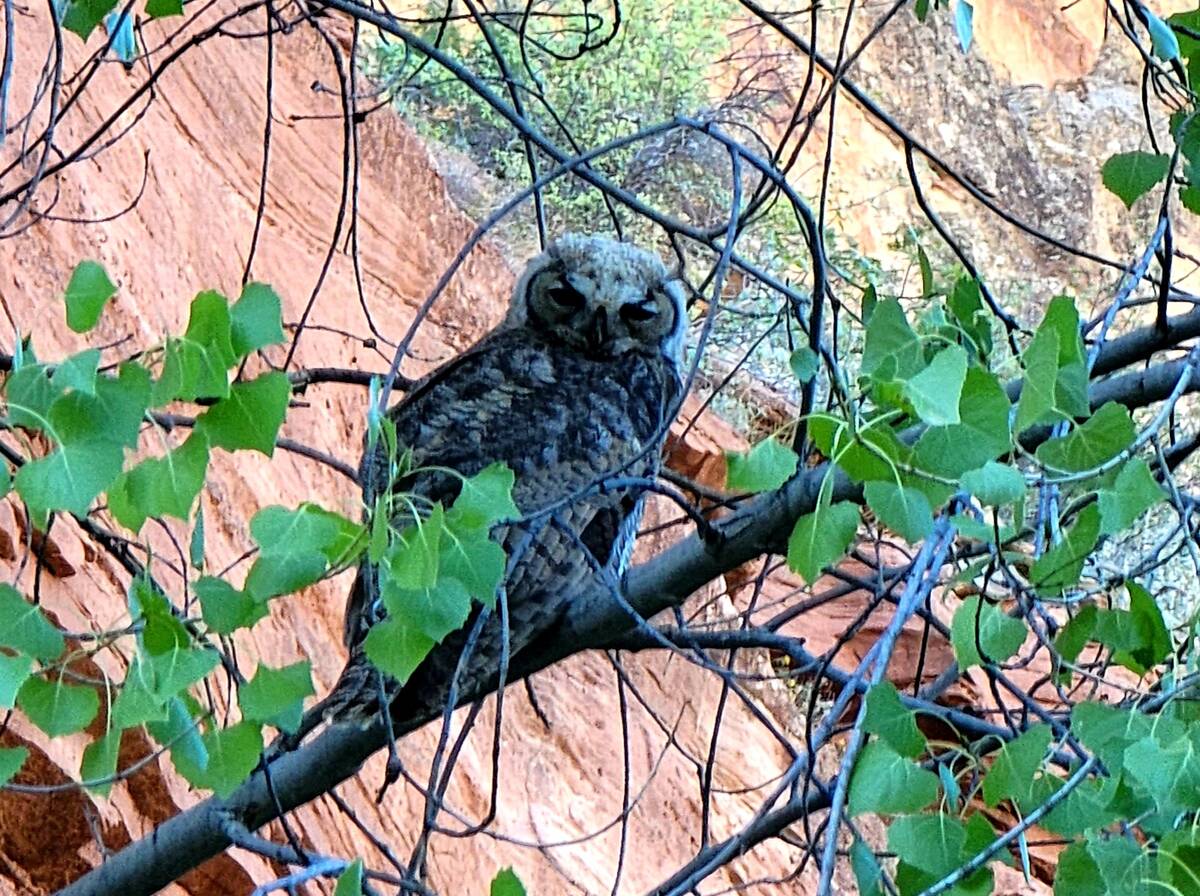 A juvenile great-horned owl surveys its surroundings along the Escalante River in September. (Natalie Burt) 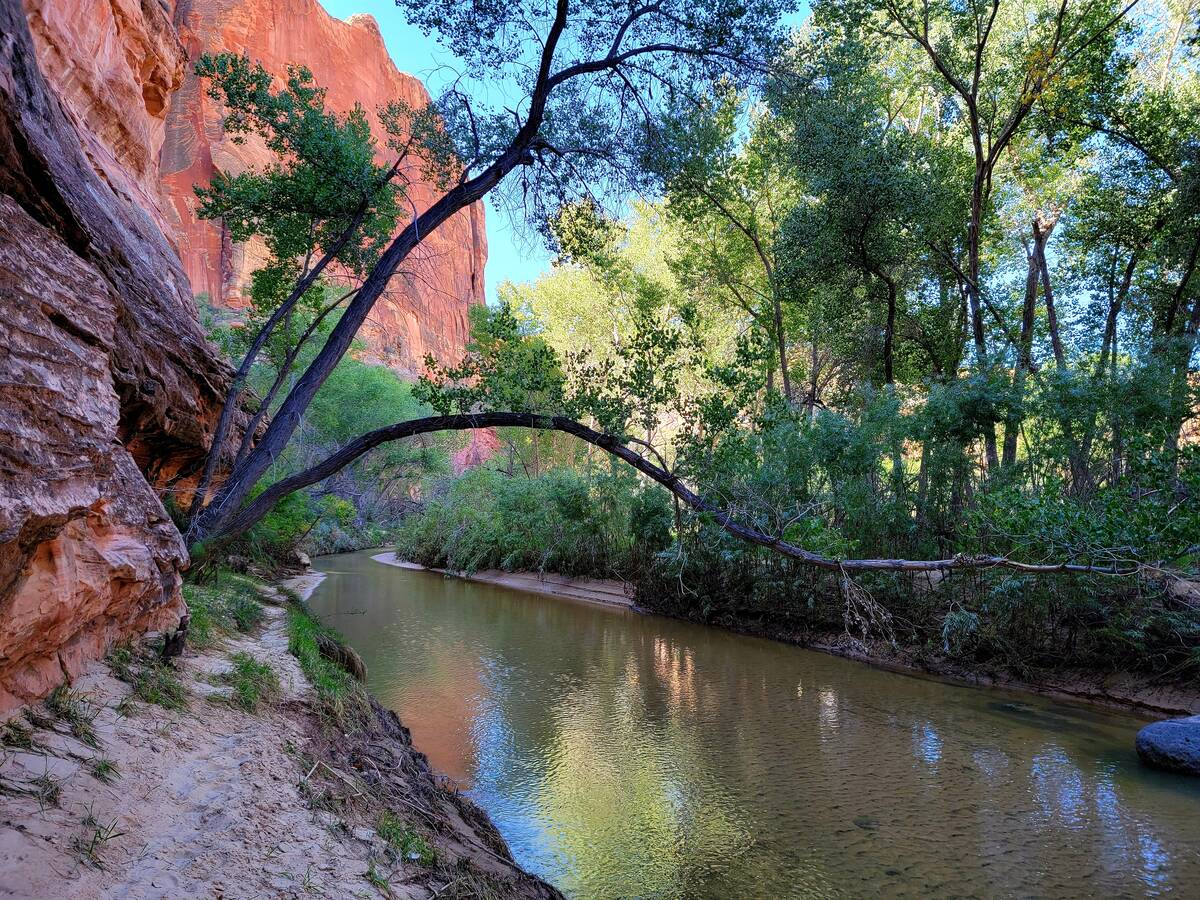 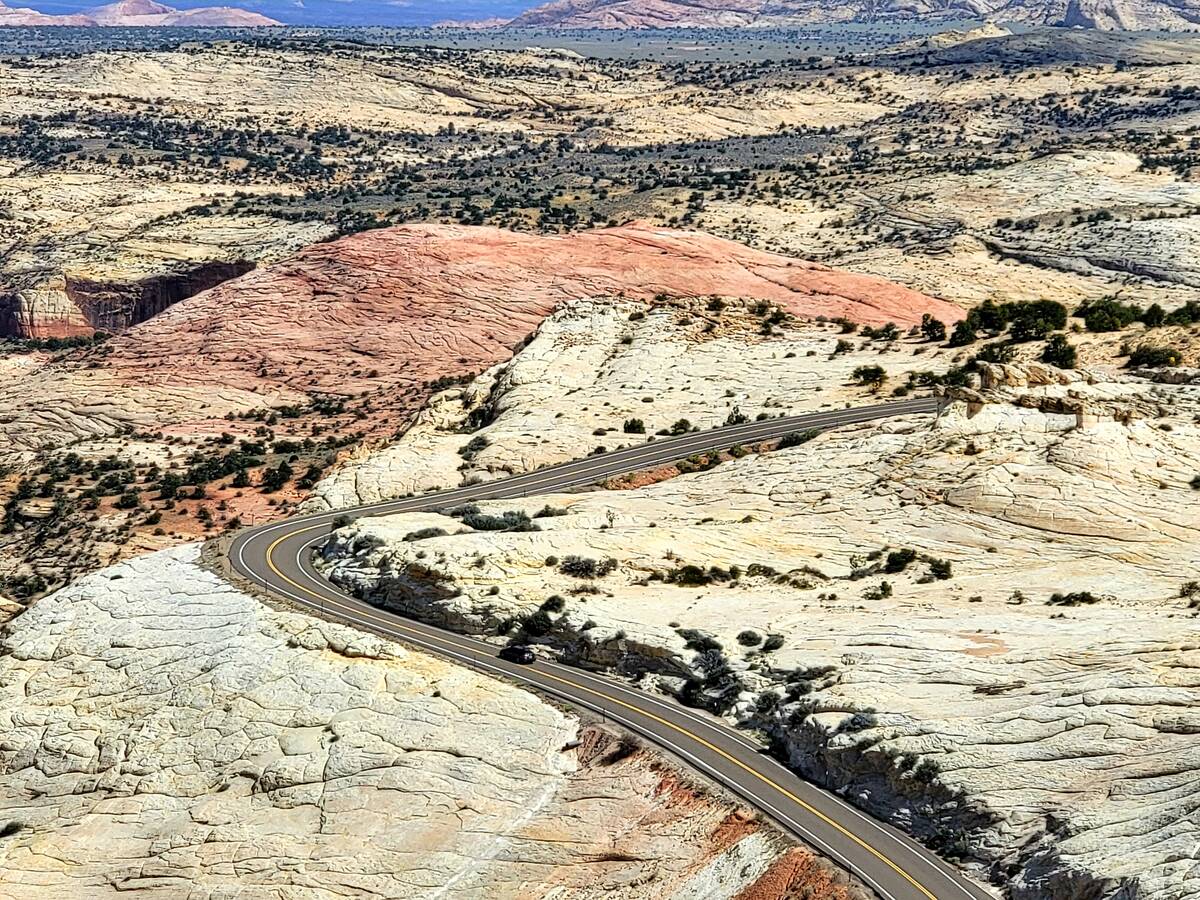 The Civilian Conservation Corps completed the road that finally in 1940 allowed all-season travel and timely mail service between the towns of Escalante and Boulder, Utah. The section pictured here is part of Utah state Route 12 referred to as the “Million Dollar Road to Boulder” because it took five years to complete and required tons of dynamite, engineering ingenuity and dangerous, exhausting human toil. (Natalie Burt) 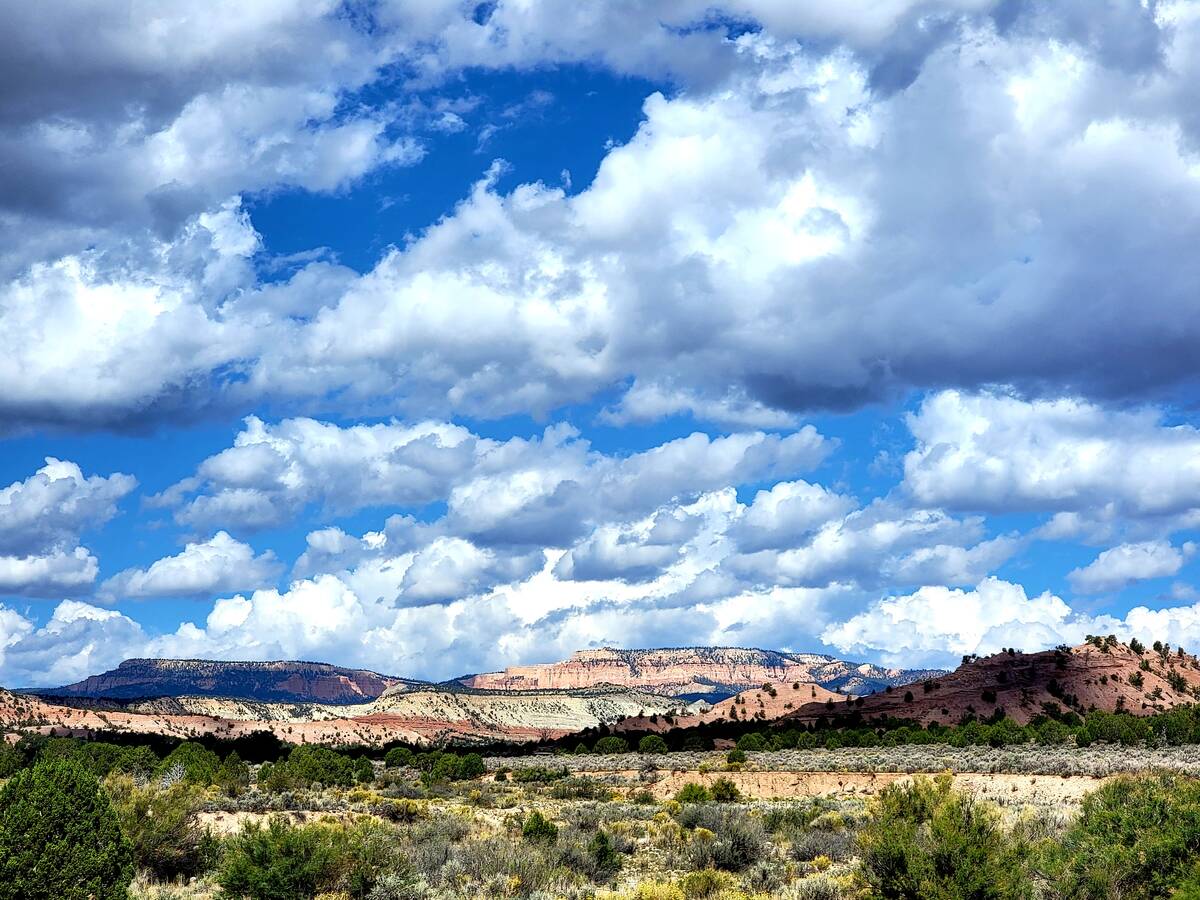 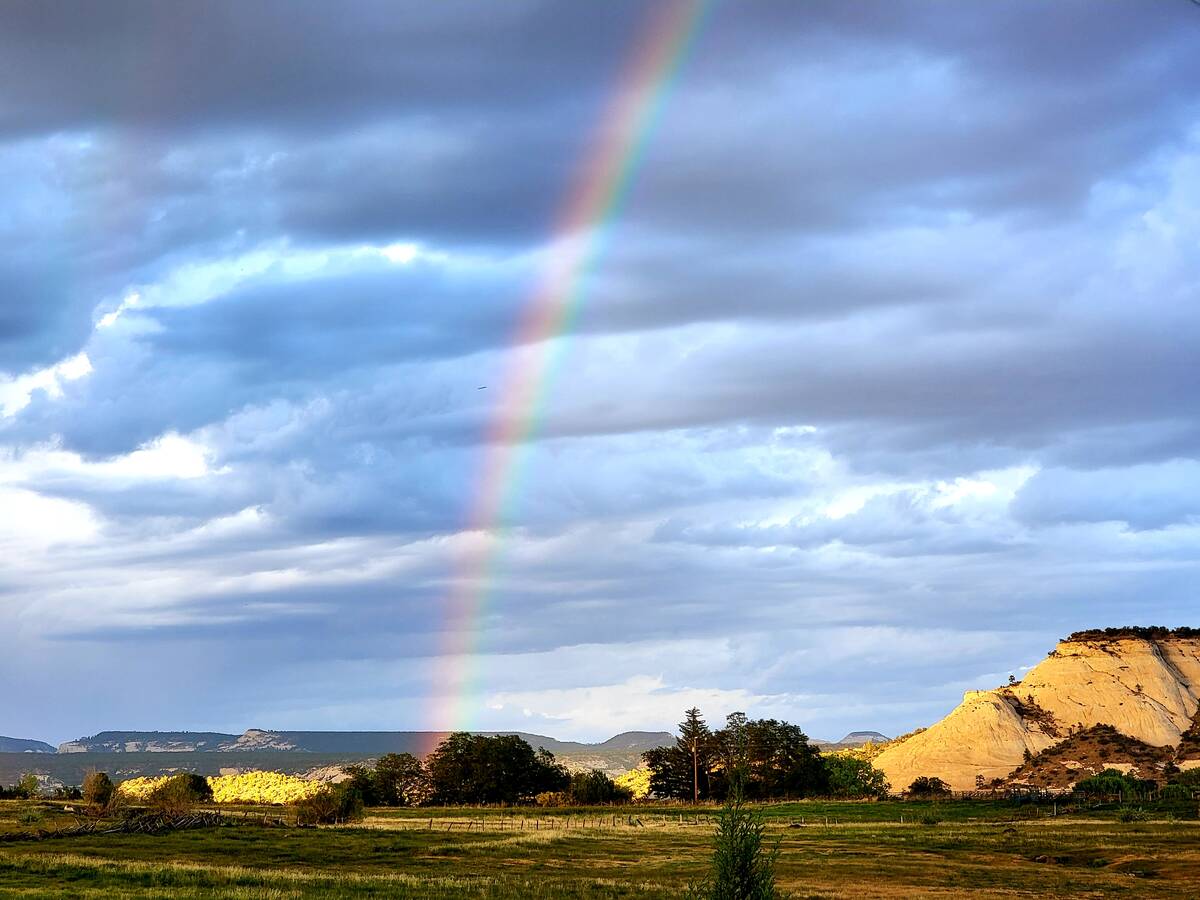 An after-dinner rainbow on display from a field behind Hell’s Backbone Grill and Boulder Mountain Lodge in mid-September. (Natalie Burt) 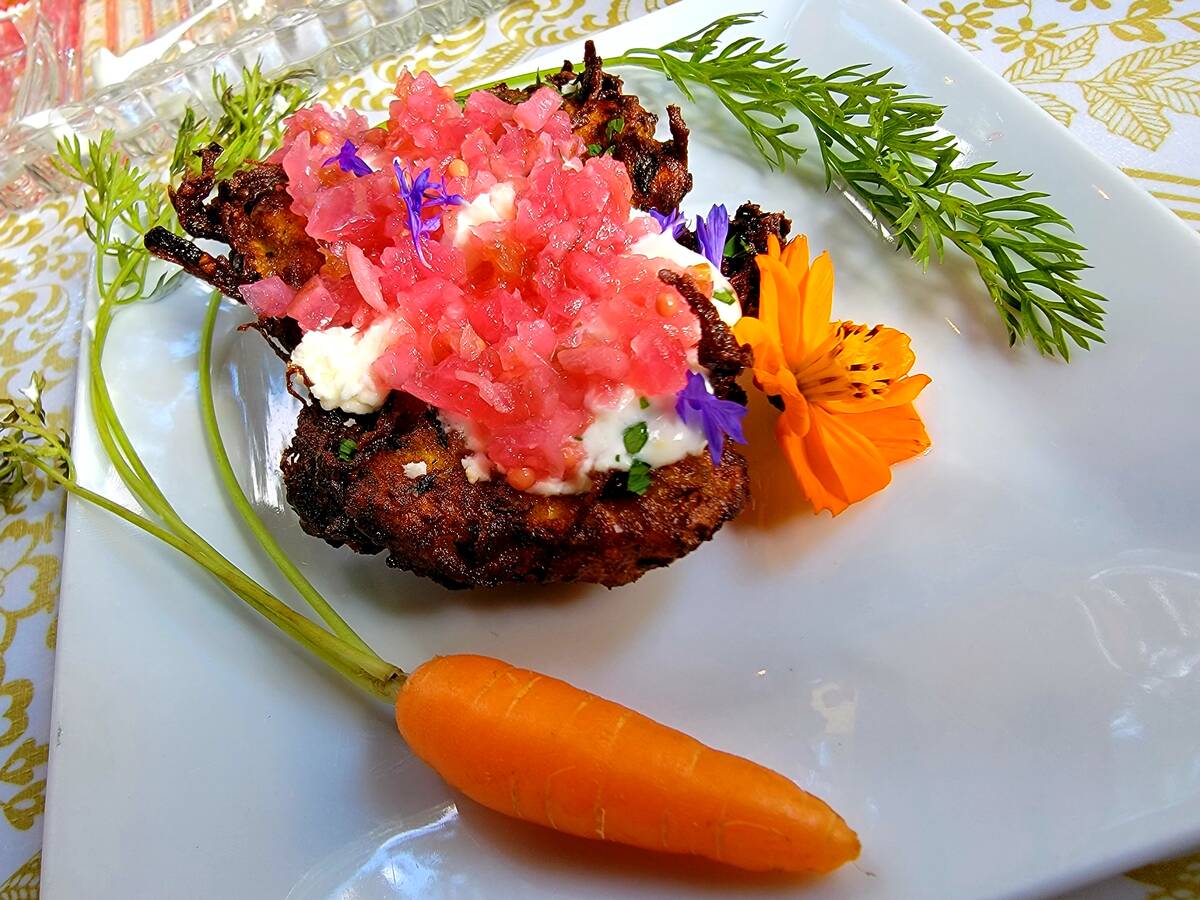 There’s truth in the phrase “farm fresh” at Hell’s Backbone Grill on Utah state Route 12: zucchini and radishes were in season in mid-September on nearby farms to make possible the restaurant’s appetizer of zucchini fritters with a pickled radish topping. (Natalie Burt) 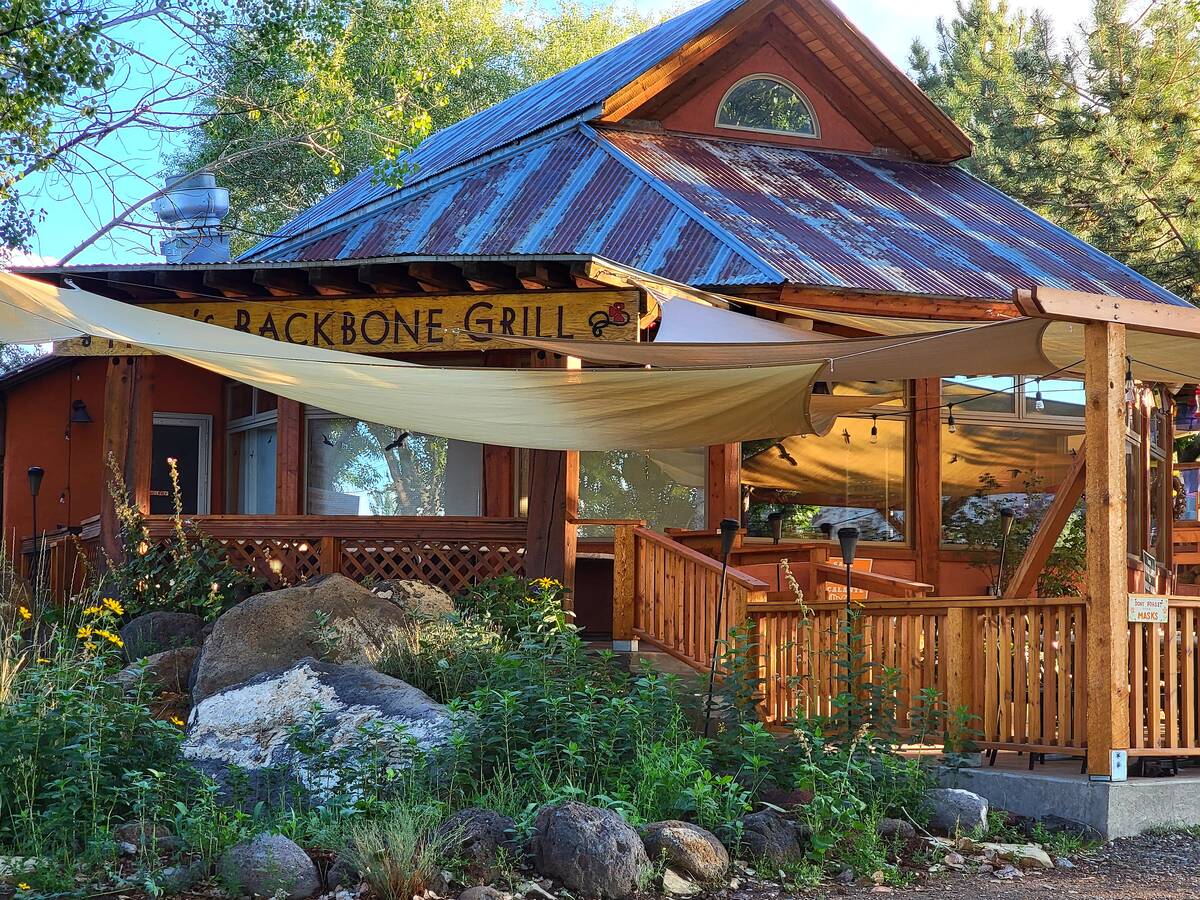 Spotlighting Utah’s iconic geology and encouraging outdoor adventure, a journey along state Route 12 bestows its visitors with vivid memories of strangely sculpted spires, incomparable views, connections to Anasazi culture, peeks at the Cretaceous Period and good food finds. But perhaps the road trip’s biggest bliss is the road itself.

The westernmost point of the 123-mile scenic byway starts just before Bryce Canyon National Park, which is about 4½ hours from Las Vegas. Utah Route 12 begins at its intersection with U.S. Highway 89 just south of Panguitch. Roadside coffee stops and souvenir shops lead to a handsome stone sign declaring state Route 12 an All-American Road, hefty praise from the Federal Highway Administration.

At this point, the scenery immediately becomes stunning. Red Canyon, with its fanciful turrets and rugged cliffs, soon fills the car’s front window with a mural of brilliant, glowing reds, deep Dixie National Forest greens and big-sky blues. Hikers and bicyclists tempt passing motorists to make an early stop on their Route 12 eastbound trek. Trails, a bike path and the postcard landscape are terribly enticing, but time constraints force many of us to zip right past and make promises to return.

Our drive continued, and we spotted a dozen pronghorns resting under the ever-present junipers and pinyon pines as we approached the next road trip temptation: Bryce Canyon National Park. That stop demands a full day or more for exploration. Its whimsical geology includes hoodoos, fins and windows in an endless sunken fairy garden you can observe from several overlooks. Stepping even a short distance beneath the rim and into the amphitheaters offers an alternate perspective and appreciation.

But we resisted the draw of Bryce Canyon — we had only enough time on our three-day trip for a first-time visit to Grosvenor Arch in Grand Staircase-Escalante National Monument; leisurely stops along the wilder stretches of Route 12; a half-day hike in and along the Escalante River; and a couple of dinners at Hell’s Backbone Grill in Boulder, Utah. Although we’d stop in Boulder, the highway continues through forests and over mountains on its final stretch into Torrey, a town with access to Capitol Reef National Park.

Descending on Route 12 from atop the Paunsaugunt Plateau and past Mossy Cave Trail (we’ll catch that hike on the return), we drove beside layers of sandstone and limestone in shades of cream, ochre, pink and peach on our approach to Tropic, one of three small towns en route to Escalante. At the second town, Cannonville, we took a right at the sign for Kodachrome Basin State Park and headed in the direction of Grosvenor Arch.

Nearby and far away, the surrounding cliffs and terraces in pinks, whites, tans, browns, grays and reds, with their stepping-upward appearance, explained the Grand Staircase name; the nearly 1 million-acre national monument’s other allusion is to the Escalante River. Puffy clouds floated above an assembly of striped mesas, narrow canyons, checkered monoliths, otherworldly spires and high-desert floors dotted with sagebrush.

The road to Grosvenor Arch is paved for about 9 miles to the Kodachrome Basin park turnoff, then it continues as a graded dirt road with a clay base, which means trouble during rains, when Cottonwood Canyon Scenic Backway becomes impassable. Our mid-September day brought sprinkles but nothing serious. It was enough, though, to add a clean, crisp sage scent to the quiet and solitude.

Ten miles and a left turn off the dirt road, a fortress in beige, gold, white and light yellow jutted up more than 150 feet. A paved pedestrian walkway guided us straight to the extraordinary double arch that’s named in honor of a former National Geographic Society president. Most cars in the small parking lot were two-wheel-drive sedans. Other Grand Staircase-Escalante dirt roads require four-wheel drive, so do your homework before exiting paved roads in this remote and rugged landscape.

Once back on Route 12 and past the farming fields of Henrieville, the drive eventually led uphill along the same path that explorer John Wesley Powell’s second expedition team took in the 1800s, when it mapped one of the last remaining mysterious regions in the continental U.S. We stopped at The Blues overlook for a raven’s view of gray-blue shale layers that hold 80-million-year-old Late Cretaceous secrets from a time when much of south-central Utah was an inland sea. Visible across from The Blues is Powell Point at 10,000 feet.

Several more turnoffs along Route 12 offer hikes and important sites (including Indigenous granaries built into the cliffs) on the way to Escalante, a town where travelers can find motels, restaurants and adventure guides. Also located there is the area’s most comprehensive visitor information center, as well as museums and parks that help interpret the area’s human history, geology and paleontology.

By the time you arrive at the stop-worthy Head of the Rocks Overlook, about 10 miles east of Escalante, Route 12 itself has become the trip’s wow factor. And, from the overlook’s perch, you can visually track the slithering-then-suddenly curving asphalt ribbon across the rolling slickrock and into a deep river canyon of Grand Staircase-Escalante.

The “Million Dollar Road to Boulder” was completed by the Civilian Conservation Corps in 1940, finally allowing all-season travel and timely mail service between the towns of Escalante and Boulder. That feat took five years to complete and required tons of dynamite, engineering ingenuity and dangerous, exhausting human labor.

Back on Route 12, yellow signs with arrows demand careful turns and seem to outnumber guardrails on the wilder portions of the road’s precarious descent into red rock beauty.

In the company of cottonwoods, we went on a 5-mile round-trip hike through sand, vegetation, water, packed dirt and flash flood debris along the Escalante River. We spotted a juvenile great-horned owl surveying its surroundings from a branch above the shallow waters. The trail’s other prizes included views of the Escalante Natural Bridge, Skyline Arch, a petroglyph panel and Anasazi ruins in the cliffs.

Escalante Natural Bridge is one of the most impressive stories of water and wind erosion in Grand Staircase-Escalante National Monument. Skyline Arch opens up like a window hundreds of feet near the top of a sheer sandstone cliff with colorful mineral streaks, some of which take on a feathery look.

Heading north on Route 12 and up into higher elevations of beige slickrock, the road gets trickier for drivers and more spectacular for passengers. Sharp curves are part of this “Hogback” section, where the drive is along a narrow ridge between Calf Creek Recreation Area and Boulder. The Hogback includes steep grades, breathtaking vistas and potentially deadly drops of 1,000 feet on either side. Ominous place names in the area include Hell’s Backbone and Death Hollow.

Hospitality is a contrasting theme after the highway’s next descent into a farming valley with roadside cattle, goats and sheep, and the small town of Boulder. There you’ll find the Burr Trail, with its many must-visit spots, as well as Anasazi State Park Museum, a center where much can be learned about the original settlers of Grand Staircase-Escalante country. Hell’s Backbone Grill, an award-winning restaurant seemingly in the middle of nowhere, has its kitchen and patio dining along Route 12 (it’s scheduled to be open through October).

During a two-night stay, Boulder also gifted us with an after-dinner rainbow that cropped up on a field behind Boulder Mountain Lodge, where hours later an early morning star walk in a grassy common yielded the Milky Way and the Orion constellation. Breakfast meant kimchi tacos and egg burritos sold out of the repurposed school bus in the parking lot of Anasazi State Park Museum.

A six-hour drive back to Las Vegas provided plenty of time to plot our next Route 12 adventures.

The Blythe Intaglios are so large that they were not noticeable to non-Indigenous people until 1932. That year, pilot George Palmer viewed them while flying from Las Vegas to Blythe, California. 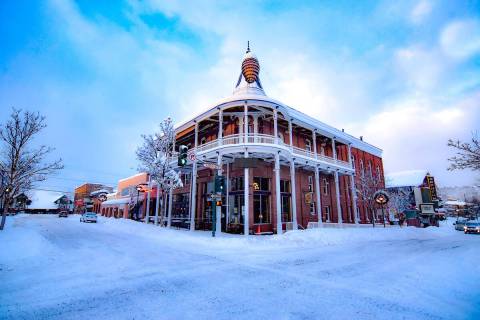 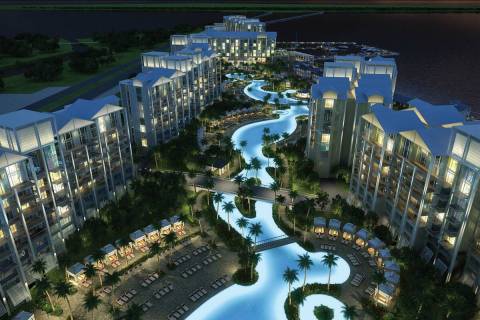 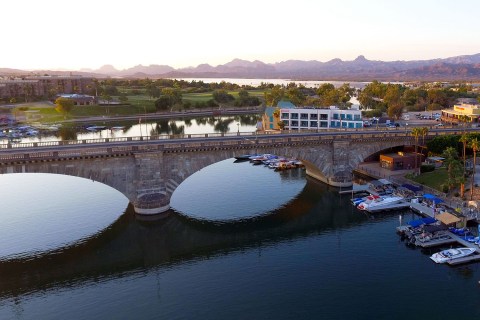 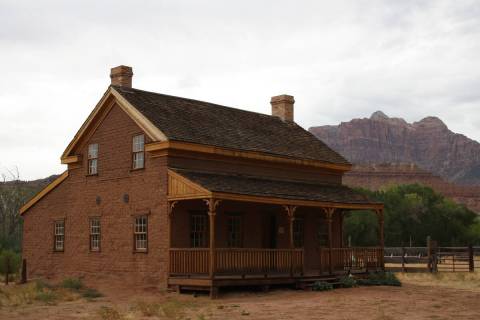 When is the best time to buy plane tickets?
By Nicole Dow The Penny Hoarder

If you want to save on your flight for the holidays, start planning … now.