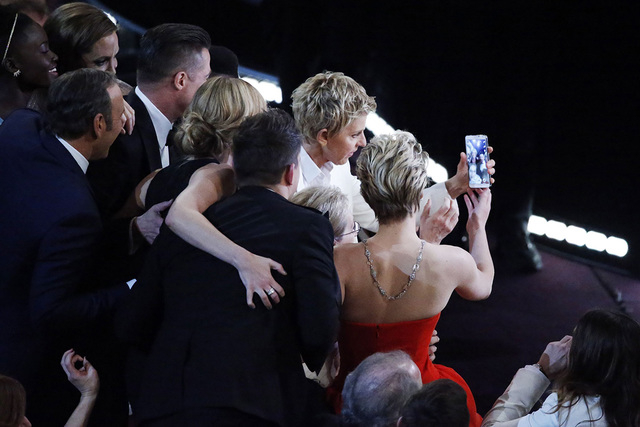 The Twitter-verse has spoken.

2014 has officially been declared the year of the selfie. According to Twitter’s top trends of 2014, that is.

The term “selfie” has been mentioned more than 92 million times on Twitter — a 500% increase on 2013, when “selfie” was named Oxford Dictionary’s word of the year, according to Twitter.

Television show host, Ellen Degeneres’ star-studded Oscar selfie, dubbed as the “Golden Tweet,” was retweeted more than 3 million times, making it the most shared message ever on Twitter.

That was also when the term “selfie” really took flight worldwide, according to Google Trends. Numbers show “selfie” searches was 10 times more than last year.

The “selfie” phenomenon became so popular that of course a song had to be written about it. The song, “#SELFIE” by The Chainsmokers also went viral, the music video racking up 267 million views on YouTube.

Trending in second place, the soccer World Cup became the world’s most tweeted about event in Twitter history. When Germany won the championship, 618,725 tweets were sent per minute according to Twitter.

Twitter’s look back on 2014 noted a few other global trending moments:

#BringBackOurGirls, the campaign response to the mass kidnapping in Nigeria by terrorist group Boko Haram #IndyRef, when Scottish citizens took to Twitter to express their views on the referendum on independence from the United Kingdom #UmbrellaRevolution, Hong Kong’s pro-democracy protests against the government’s electoral reforms #BlackLivesMatter, when the outrage over police brutality and racism dominated Twitter talk following the death of Eric Garner in New York and Michael Brown in Ferguson, Missouri