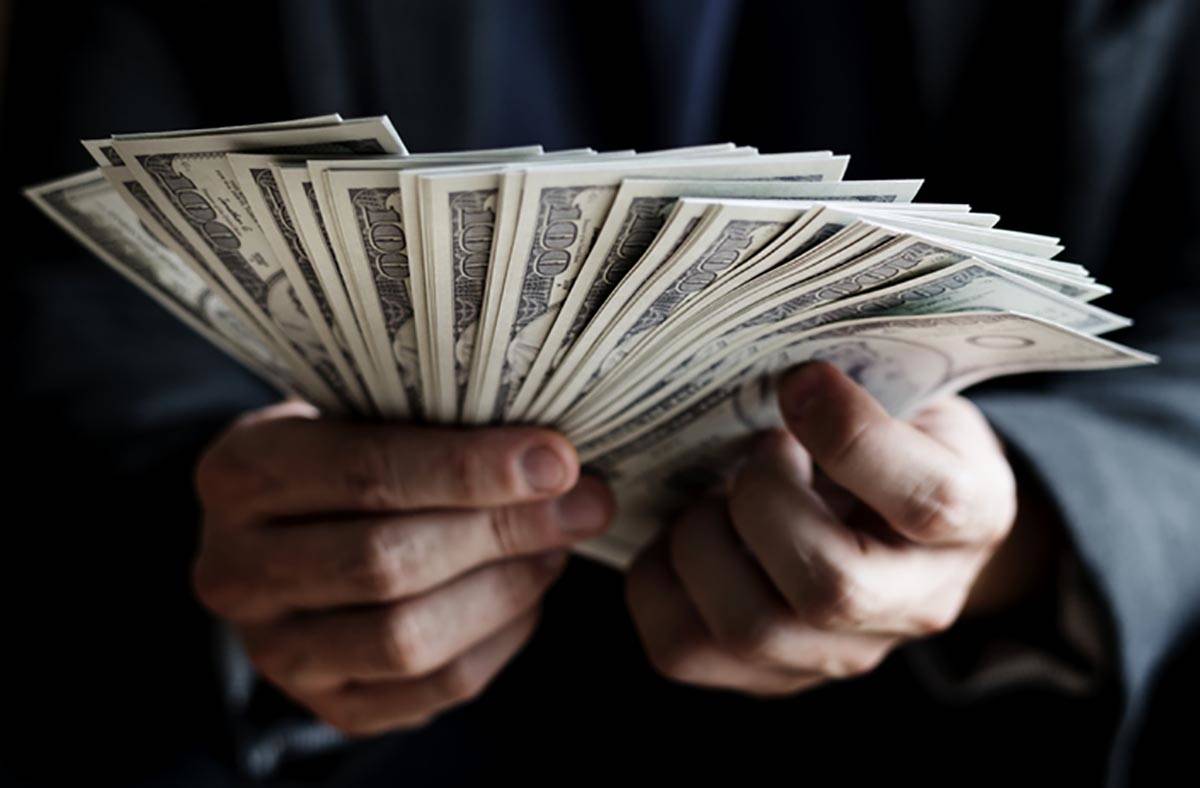 Aside from being extremely wealthy, many of the world’s 2,153 billionaires have some strange things in common — from their marital status to their astrological sign. If you’re dreaming of becoming a billionaire and have some of these fruitful traits, your big financial break might be written in the stars.

Eighty-seven percent of the world’s richest people are married, according to a GoCompare study that analyzed the Forbes list of the 100 richest people from 1996 to 2016. That includes Microsoft co-founder Bill Gates, who runs a charitable foundation with his wife, Melinda, and investment guru Warren Buffett, who married his second wife, Astrid Menks, in 2006.

Related: Watch out, these billionaires could buy your city

They have large families

Most billionaires have three or more children, the GoCompare analysis found. Among them, 5% had no children, 9% had one child, 23% had two children, 25% had three children, 17% had four children and 21% had five or more. Amazon CEO and founder Jeff Bezos has four children, and Bernard Arnault, the chairman and CEO of the luxury goods empire LVMH, has five.

They’re less likely to wear glasses than the general population

As of 2016, roughly 65% of the U.S. general population wore glasses, but only about 40% of billionaires did, according to the GoCompare analysis. Of the 10 richest people in the world, only two typically wear glasses: Bill Gates and Warren Buffett.

They’re more likely to be bald

As of 2016, roughly 23% of the U.S. male population was affected by male pattern baldness, but among male billionaires, about 24% are bald, the GoCompare analysis found. This is true of the richest man in the world, Jeff Bezos, who sports a completely shaved head. Amancio Ortega, the co-founder of the fashion empire that includes Zara and the sixth-richest person in the world, also is bald.

Not all billionaires are cruising around in fancy sports cars. Jeff Bezos has a Honda Accord, Mark Zuckerberg has a Honda Fit and Larry Page has a Toyota Prius, according to GoCompare.

They had normal first jobs

Among self-made billionaires, the path to success is often long and winding — and many start at the bottom of the totem pole before making their way to the top. Some of the most successful people had normal first jobs, including Warren Buffett, who delivered newspapers, and Jeff Bezos, who worked as a grill operator at McDonald’s.

Although we often hear about the college dropout success stories, such as Apple founder Steve Jobs and Facebook founder Mark Zuckerberg, dropping out of school definitely is the exception and not the rule. Only 14% of billionaires are college dropouts or never attended college, the GoCompare analysis found. The majority — 56% — have a bachelor’s degree, 23% have a master’s and 7% have a doctorate.

However, tech entrepreneurs are more likely to never have completed college

Tech entrepreneurs might be more likely than billionaires in other sectors to lack a college degree. In addition to Steve Jobs and Mark Zuckerberg, other successful tech entrepreneurs who never got their college degree include Microsoft’s Bill Gates, Dell’s Michael Dell, Oracle’s Larry Ellison and Gateway’s Theodore Waitt, Forbes reported.

While the billionaires who work in tech might not have a degree, those in the financial sector are likely to have multiple degrees. According to Forbes’ analysis, more than 55% of billionaires who made their fortunes from finance have graduate degrees. Jim Simons, who is the highest-earning hedge fund manager of 2019, according to Forbes, has a doctorate from UC Berkeley, and Ray Dalio, the founder of the world’s biggest hedge fund firm, Bridgewater Associates, has an MBA from Harvard.

They have MBAs from 1 of 3 Ivy League schools

Dalio is hardly the only billionaire with a Harvard MBA. Of the billionaires with MBAs, Forbes found that nearly 90% got their degrees at one of three Ivy League schools: Harvard, Columbia or the Wharton School of Business at the University of Pennsylvania. Abigail Johnson, the CEO of Fidelity Investments, got her MBA at Harvard, as did Stephen Schwarzman, chairman and CEO of the Blackstone Group.

Their parents are good at math

Among American billionaires, the most common professions of their parents include engineer, accountant and small-business owner, a Forbes analysis of its 2009 world billionaires list found. Inherited math skills could certainly have contributed to their immense success.

Find out: Billionaires vs. the Middle Class across America: Who pays more taxes?

They worked at Goldman Sachs

They worked at the Bass Brothers Enterprises

Some billionaires have credited failing early on in their careers with motivating them to be ultra-successful later on. For example, pharmaceutical mogul R.J. Kirk failed miserably with his first business venture, but he told Forbes that “failure early on is a necessary condition for success.” And hedge fund manager Phil Falcone botched a company buyout in the early 1990s, but the experience taught him “several valuable lessons that have had a profound impact upon my success,” he said during a congressional hearing, Forbes reported.

They were members of Skull and Bones

They live In New York

New York has more billionaire inhabitants than any other city, with 105 billionaires living in the Big Apple as of 2018, Wealth-X’s 2019 Billionaire Census found. Hong Kong and San Francisco have the second- and third-most billionaires, respectively.

Philanthropy is the leading passion or hobby among the ultra-rich, Wealth-X found. As of a 2018 Forbes study, Warren Buffett was the biggest giver in America, donating $2.8 billion to charitable causes in 2017. His largest contribution for that year was a $2 billion donation to the Bill and Melinda Gates Foundation, founded by his fellow philanthropic billionaire. The Gateses had given over $35 billion to their nonprofit as of 2018, and their foundation is the biggest private charitable organization in the world.

Gates and Buffett are among the billionaire philanthropists who signed The Giving Pledge, which is a commitment by the world’s wealthiest people to donate most of their wealth. Other signers include Spanx founder Sara Blakely, Virgin founder Richard Branson and Facebook’s Mark Zuckerberg.

Education is the cause they’re most passionate about

The billionaire club is still a boys’ club — 88.3% of the world’s billionaires are men, Wealth-X reported. None of the 10 richest people in the world are women, but two made it into the top 20: Francoise Bettencourt Meyers, who is the granddaughter of L’Oreal’s founder, and Alice Walton, who is the daughter of Walmart founder Sam Walton.

Golf is their favorite sport

Of the approximately 2,000 billionaires in the world, 55.8% are self-made. Only 13.3% of billionaires are wealthy only by inheritance, Wealth-X reported. Some of the most successful people in the world really came from nothing, including Oracle co-founder Larry Ellison, who was born to a single teen mother, and Oprah Winfrey, who grew up in poverty and overcame childhood abuse to become the media mogul she is now.

Read: The 16 craziest things these billionaires spend their money on

The United States has more billionaires than any other country with 705, Wealth-X reported. China is a distant second with 285 billionaires. The three richest people in the world — Jeff Bezos, Bill Gates and Warren Buffett — are all American.

They got their wealth through banking and finance

Banking and finance is the primary industry for 20.7% of billionaires, Wealth-X reported. The prominent billionaires who amassed their wealth in this industry include Warren Buffett, who is one of the most successful investors of all time; Joseph Safra, whose family made its wealth through banking in Syria; and Carl Icahn, the founder of Icahn Capital Management.

21 hacks to reduce your healthcare costs this year

40 money habits that can leave you broke

Photo Disclaimer: Please note photos are for illustrative purposes only. As a result, some of the photos might not reflect the people listed in this article.

This article originally appeared on GOBankingRates.com: Weird things top billionaires have in common