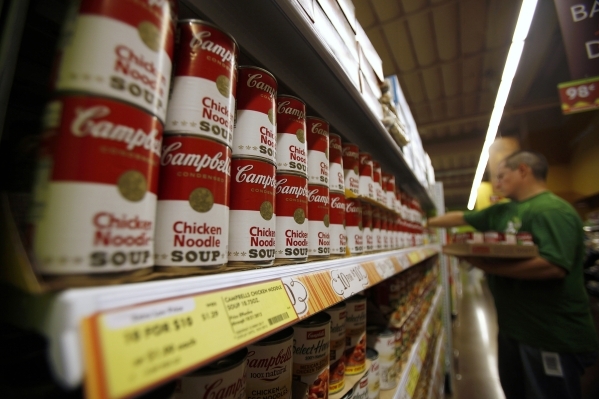 OK, so maybe it wasn’t the best chicken soup in the world, but Campbell’s chicken noodle soup still was a ray of brothy sunshine in a bowl to generations of kids suffering from a cold or the flu.

But fans of the canned soup with the iconic red-and-white label may be detecting disquieting notes in the news that Campbell’s is altering the recipe of a spinoff soup, fearing that the change one day might lead to changes in the original, too.

The soup in question — a kid-targeted “Star Wars”-themed chicken-and-pasta soup — has jettisoned about 10 of its 30 ingredients, including monosodium glutamate, maltodextrin and a few things that sound more like chemistry-class problems than actual food.

Also eliminated in the revamp: celery, but just because kids reportedly didn’t care for it.

The recipe change is part of an effort to create what a company spokeswoman called the sort of “cleaner-label food” that “parents are looking for.”

It’s also part of a recipe-refining effort that reportedly will continue with other Campbell’s soups, eventually including, perhaps, the iconic canned chicken noodle soup.

While Campbell’s can do whatever it wants to its recipe, Pablo Lemus, restaurant manager at The Bagel Cafe, 301 N. Buffalo Drive — which some Southern Nevadans would maintain makes the best, most deli-traditional chicken soup in the valley — wonders about one of the changes.

Bagel Cafe’s chicken soup contains both celery and carrots, Lemus says. Beyond that, the cafe’s recipe is simple and straightforward, built upon a base of chicken stock made from the whole chicken, flavorings that include bay leaf and parsley and either noodles or matzoh ball, and served with fresh bread or a bagel and butter or cream cheese.

The Bagel Cafe has been serving its chicken soup for more than two decades now. “We make big batches of it,” Lemus says, and it’s one of the cafe’s best-selling items.

And while Lemus is reluctant to throw stones at another’s soup, he stands by The Bagel Cafe’s recipe, no matter what Campbell’s does or doesn’t do to its own.

Although, Lemus adds, “I really try to stay away from cans.”